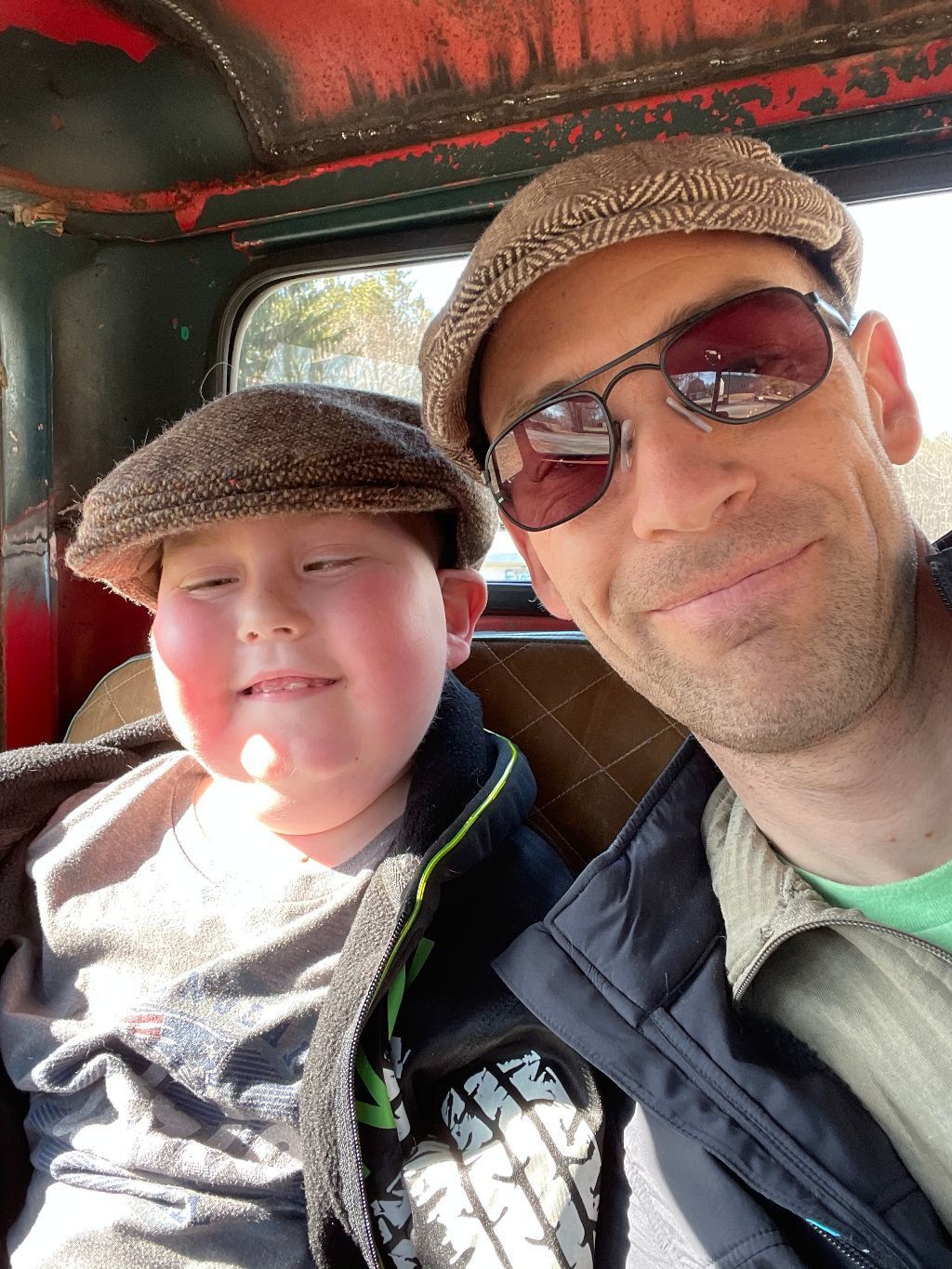 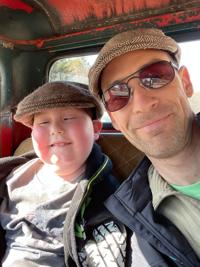 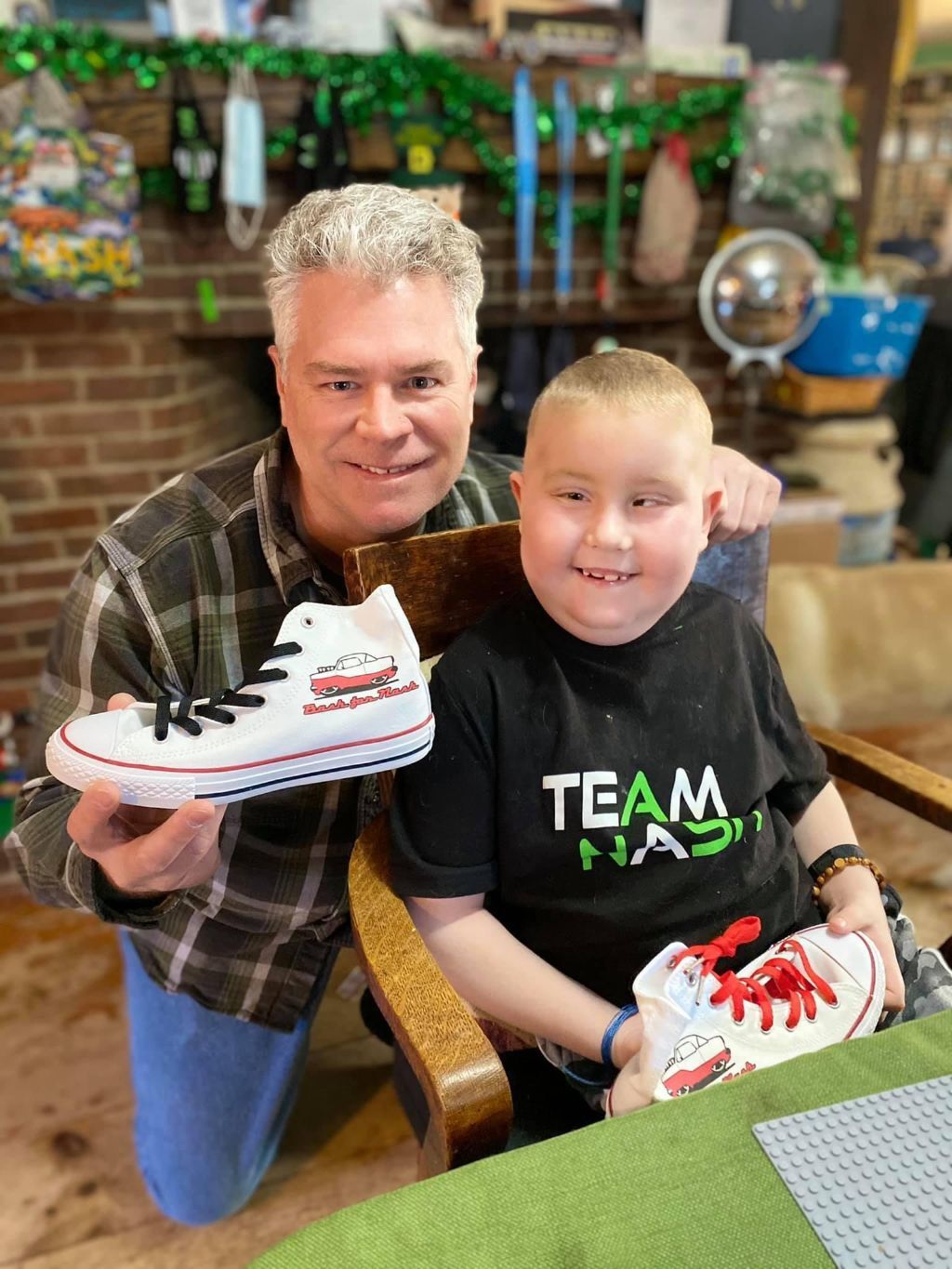 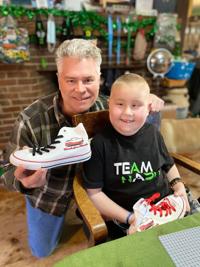 Epic Auto Sales owner Jim Michaud and Nash Rogers, 8, hold specially made “Bash for Nash” sneakers. A free car and truck show will be held this Saturday at New England Dragway in Epping. Money raised through raffles and donations will help with Nash’s care. 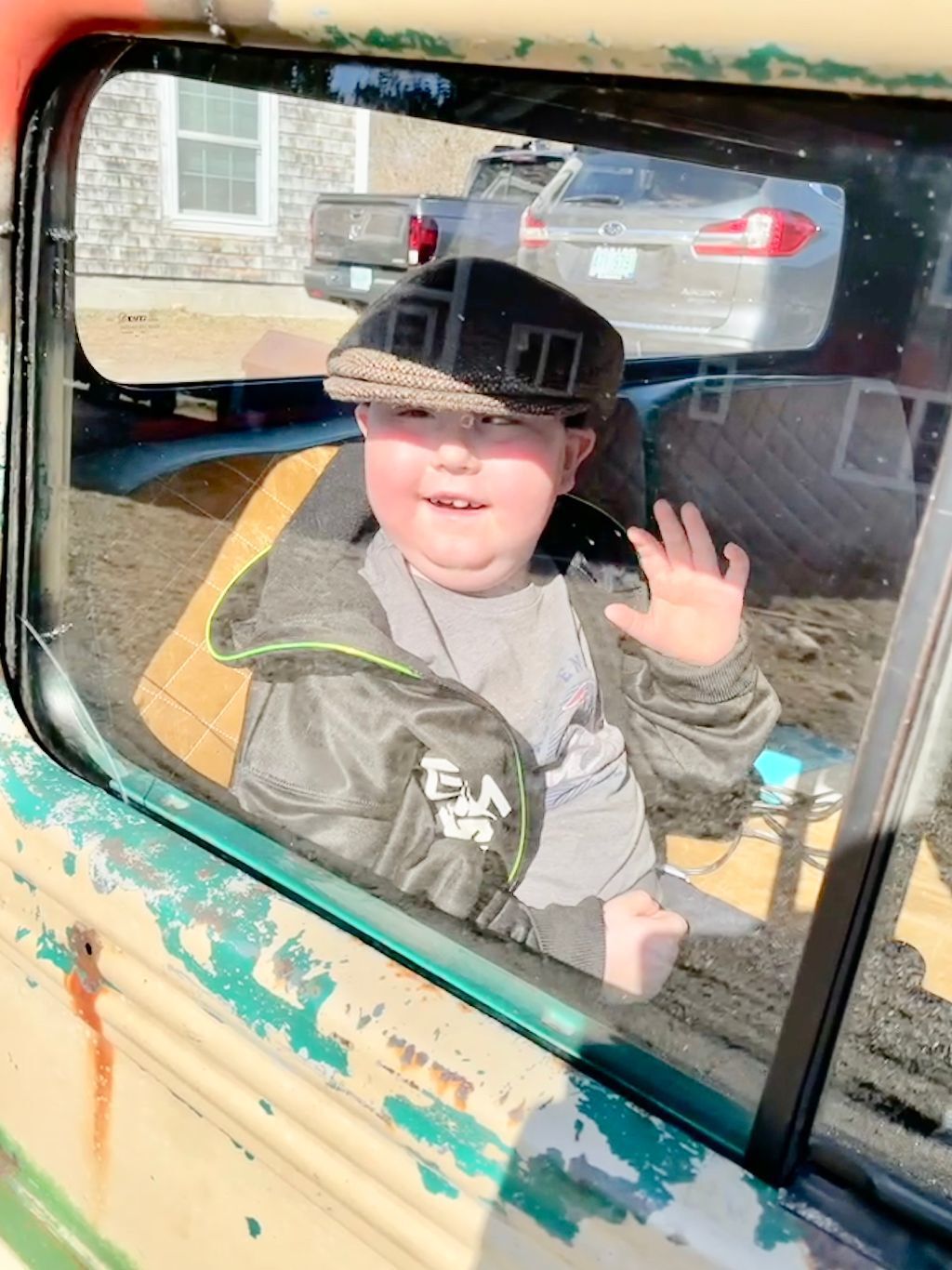 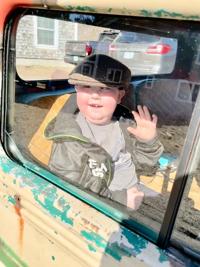 Nash Rogers, 8, waves while sitting in an old vehicle.

Epic Auto Sales owner Jim Michaud and Nash Rogers, 8, hold specially made “Bash for Nash” sneakers. A free car and truck show will be held this Saturday at New England Dragway in Epping. Money raised through raffles and donations will help with Nash’s care.

Nash Rogers, 8, waves while sitting in an old vehicle.

This Saturday’s “Bash for Nash” car and truck show at New England Dragway all started over a haircut.

Michelle Negri, who owns Bombshell’s Salon and Spa in Epping, told longtime client Jim Michaud in December that her family had just learned her 8-year-old nephew, Nash Rogers, had a health issue that would need further testing.

Michaud checked in regularly to see how things were going and soon learned that three days before Christmas, Nash was diagnosed with an inoperable form of brain cancer known as Diffuse Intrinsic Pontine Glioma (DIPG), a tumor that starts in the brain stem.

Michaud asked how he could help and was told that Nash needed clothes because the treatments had caused his body to change. Within 24 hours, he had collected three bags of clothes and gas cards to help with the Rogers family’s many trips to Boston Children’s Hospital.

When he finally met Nash, Michaud couldn’t help but notice that he was surrounded by toy cars and trucks.

“You like cars and trucks, huh?” asked Michaud, owner of Epic Auto Sales in Brentwood.

“Everybody burst out laughing,” Michaud said.

As Michaud drove home, it dawned on him how he could help Nash and his family.

“I’m going to put on a little car show for this kid and put a smile on his face,” Michaud said to himself.

“You name it, we have it coming,” Michaud said.

Nash’s parents said they hope the event will give their son a reason to smile while raising awareness about DIPG and the lack of funding available for childhood cancer research.

“We want people to be aware of DIPG. If we can keep someone else from being in our shoes we’re going to do that,” said Nash’s father, Matt Rogers, a boom operator with the New Hampshire Air National Guard

A third-grader at Swasey Central School in Brentwood, Nash has always had an interest in cars and trucks. He often joined his dad in their garage to fiddle around with his truck, and attended swap meets on Sundays with him at New England Dragway.

“He thought it was great to be around all of that,” said Matt Rogers, who has created a “Nash’s Choice” trophy for his son to present to the vehicle he thinks is the best one at the event.

Nash’s mother, Valerie Rogers, said DIPG is an aggressive brain stem tumor that affects 200 to 400 children between the ages of 3 and 10 a year in the United States. Nash completed radiation two weeks ago and is now taking part in a clinical trial.

“Our hope is that this will help him, but hopefully this research Nash is participating in will help other families in the future,” she said.

“The support from the school community, our local town community, the Pease … community, my work community and our friends and family has been unbelievable. We couldn’t deal with this as well as we have if we didn’t have the support of the community,” Valerie Rogers said.

Food, music, raffles, and other activities are planned for the car and truck show. Masks will be required, hand-sanitizing stations will be available, and guests will be asked to practice social distancing.

“He’s doing this because his heart is so big and I’m so thankful. It just takes away a little bit of the daily sadness and something to look forward to,” Negri said of Michaud.

Michaud said anyone bringing a vehicle to display should arrive between 9 and 11 a.m. Saturday.