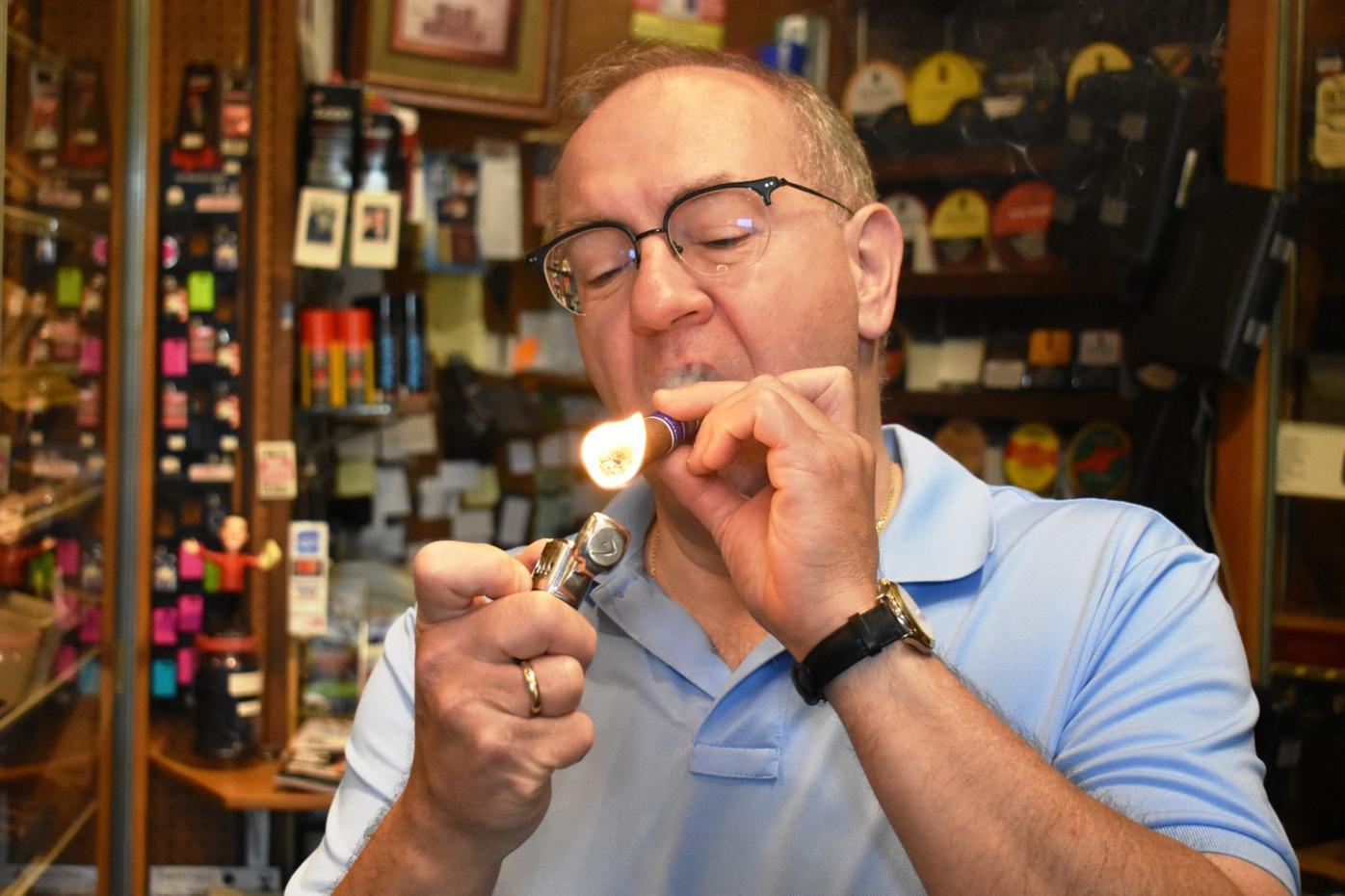 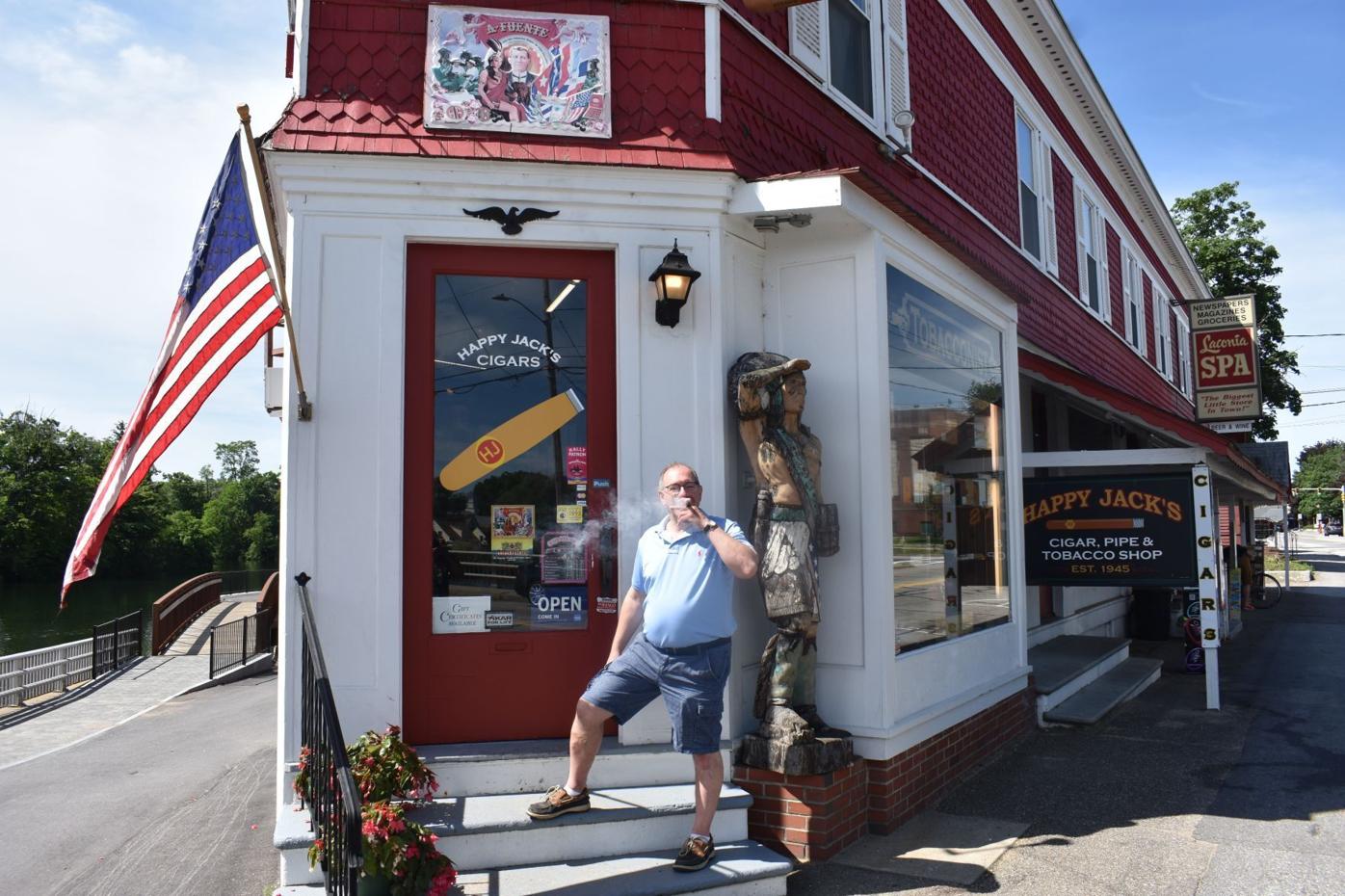 Peter Karagianis, owner of Happy Jack’s Cigar, Pipe and Tobacco Shop on Church Street in Laconia, enjoys a cigar on Thursday morning. Karagianis said that during Laconia Motorcycle Week, whose 98th running begins Saturday, he sees a “bump” in business.

Peter Karagianis, owner of Happy Jack’s Cigar, Pipe and Tobacco Shop on Church Street in Laconia, enjoys a cigar on Thursday morning. Karagianis said that during Laconia Motorcycle Week, whose 98th running begins Saturday, he sees a “bump” in business.

With the “World’s Oldest Motorcycle Rally” ready to roll into Laconia on Saturday, Happy Jack’s Cigar, Pipe and Tobacco Shop owner S. Peter Karagianis is expecting sales to light up.

Karagianis said Happy Jack’s normally gets a “bump” from Laconia Motorcycle Week, as riders avail themselves of a good cigar or two.

While the COVID-19 border closure is still preventing Canadians from traveling down, Karagianis said he is “cautiously optimistic” others will find the family-owned business founded in 1945 by his father, Peter S. Karagianis.

“Last year was not good,” said Karagianis, recalling how the 2020 rally was moved from mid-June to late August, with pandemic concerns leading to a prohibition on vendors and beer tents.

After being cooped up by the pandemic, bikers are raring to get on the road with like-minded people this year, he said.

“Bike Week gets everything going,” he said. “It gets money into people’s pockets.”

Later Thursday morning at a news conference at New Hampshire Motor Speedway in Loudon, rally organizers as well as state and local officials said Bike Week 2021 is poised to represent a return to “normal.”

The speedway, which is expecting thousands of motorcyclists, is offering a week-long celebration with racing, demo rides, camping and vendors.

He said that Bike Week “isn’t just Laconia,” but is a benefit to the entire state.

Turning to Laconia City Manager Scott Myers and Meredith Town Manager Phil Warren, Sununu said he didn’t care where the spending took place “as long as it’s in the 603.”