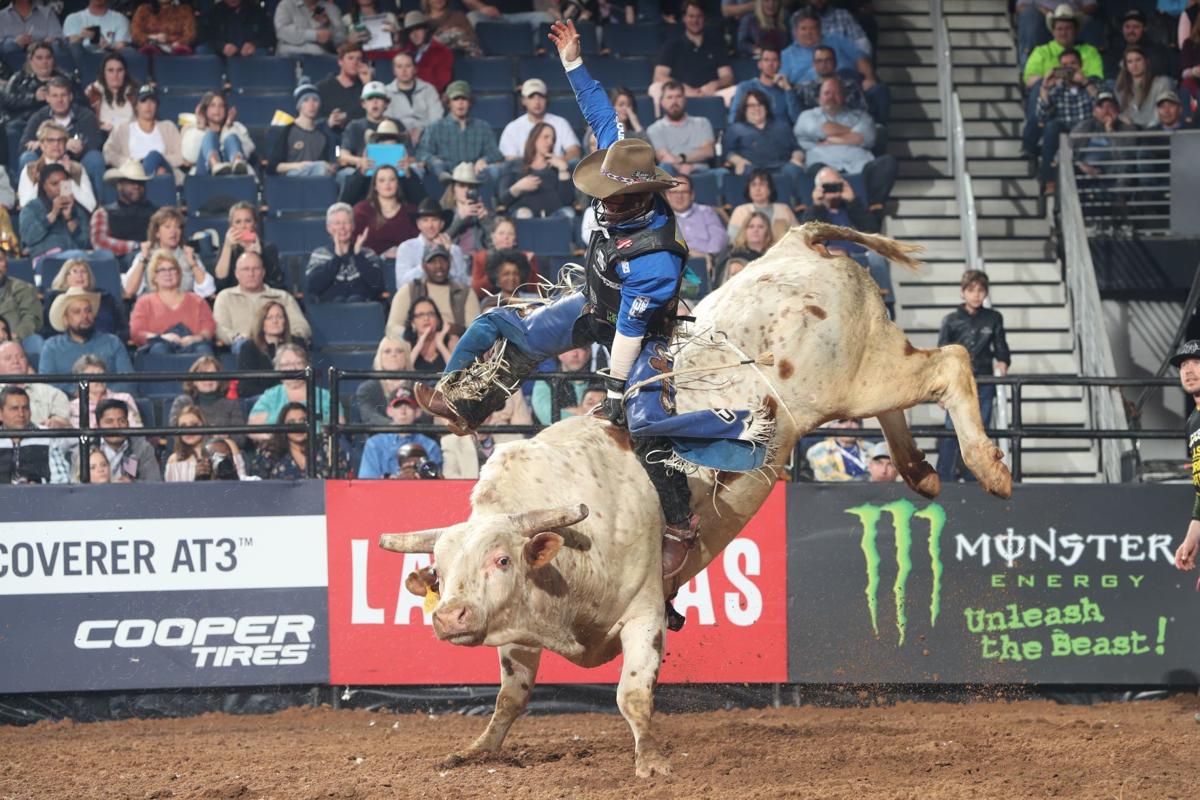 Cody Nance, 32, got his start in bull riding at age 14. He made his Professional Bull Riders debut in 2007, climbing the ranks to the premiere series in 2009 and winning the season’s rookie of the year title. He finished inside the Top 10 in world rankings in 2018. 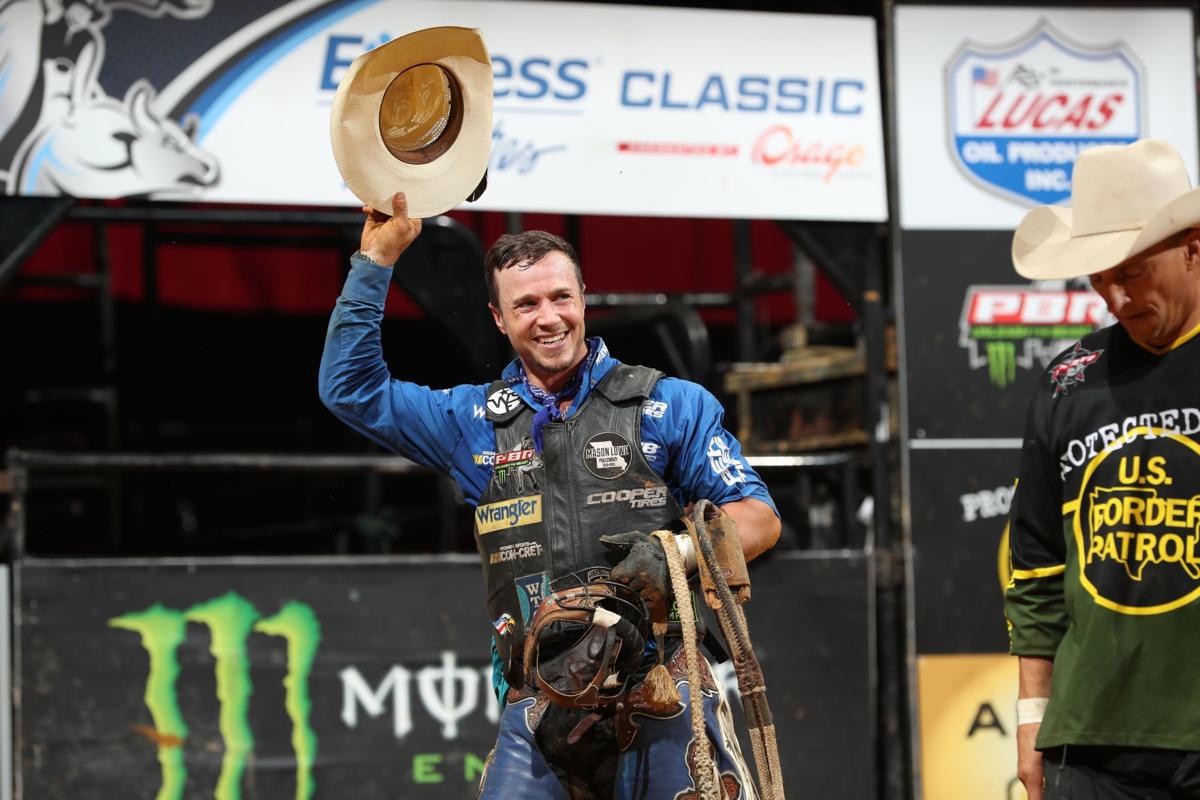 Cody Nance has been cheering on colleagues while awaiting medical clearance to return to his 11th year with the Professional Bull Riders. He’ll be in New Hampshire for the Manchester Invitational this weekend, whether on or off a bucking bull.

Cody Nance, 32, got his start in bull riding at age 14. He made his Professional Bull Riders debut in 2007, climbing the ranks to the premiere series in 2009 and winning the season’s rookie of the year title. He finished inside the Top 10 in world rankings in 2018.

Cody Nance has been cheering on colleagues while awaiting medical clearance to return to his 11th year with the Professional Bull Riders. He’ll be in New Hampshire for the Manchester Invitational this weekend, whether on or off a bucking bull.

MANCHESTER — For anyone wondering if bull riding is as dangerous as it seems, look no further than Cody Nance.

In a Nov. 15 Facebook post, Nance said, “It’s been a long year with the dislocated hip, fractured collarbone, and ending (at the Professional Bull Riders) finals with a rough landing resulting in a shoulder dislocation in the third round. Sometimes things may not go your way, but when they don’t we should be able to feel blessed.”

Nance is eager for the all-clear to return to competition, especially as the PBR makes its Manchester debut this weekend at SNHU Arena. The invitational is the third event of the season for the Unleash the Beast series, PBR’s elite tour. It features 35 top-ranked riders in the world, who will try to hang on for a full eight seconds atop bulls that can weigh in at a nearly a ton and were bred to buck.

The Manchester Invitational comes just a few days after Nance met with doctors to ask about possible medical clearance, said Kacie Albert, who is doing publicity for the PBR tour. As of press time, there was no word.

“Eager to return to action in 2020, Nance is determined to win a World Championship, all of which could start with a win in Manchester,” PBR said in a statement earlier this month.

Although Manchester has hosted developmental tour events, the most recent stop was in 2009, and the top-tier Unleash the Beast riders will be competing for the first time in the Queen City. Nance said it’s always exciting when the tour comes to a new town and introduces fans to the world of professional bull riding.

“It’s a really fun thing. A lot of people don’t really understand the sport,” Nance said. “It’s not that you muscle the bulls. There’s a lot of technique involved.”

“Muscling” the bulls isn’t much of an option. According to PBR, the bulls average around 1,600 to 1,700 pounds and some can even top a ton. When something that big wants to toss you off, Nance said, lasting a full eight seconds can be quite a challenge.

“The bulls are just kind of out there doing their gig. They’re bred to buck,” Nance said. “They look forward to it. They enjoy what they do. It’s like a race horse that’s bred to run or a hunting dog that’s bred to hunt. They all have their own personalities. They’ll sort of buck you off and get on with their business.”

Nance said PBR takes tremendous care of the bulls, who are 50 percent of the show. He said the sport is much more dangerous for the riders, who weigh a fraction of the bulls and can get launched high into the arena air long before the eight-second buzzer sounds.

Nance knows that not everybody will understand the appeal of the sport. Being a professional bull rider requires some special qualities, including perseverance and an ability to harness fear.

“Most of the time, bull riders grew up in some kind of a western atmosphere. It was riding horses for me,” said Nance, a native of Paris, Tenn.

Nance said his stepfather, who was a bull rider, got him into the sport and eventually convinced his mother to let him give it a shot.

“He got me hooked on it. I love bull riding. I watched it all growing up. I didn’t get to ride until I was 14. I was fixing to start doing it on my own,” Nance recalled. “She agreed to let me do it. They were afraid I was going to start sneaking off and doing it behind their backs, so they figured they should just support me.”

Now 32, Nance has survived countless bumps, bruises and some more significant injuries, including a dislocated shoulder that forced him to make an early exit at the world finals in November.

“I’m feeling all right. Everything turned out OK with the injury,” Nance said.

Nance also fought through a dislocated hip last season and finished 2019 ranked No. 25 in the world despite the injuries. He said he’s been hurt worse, getting stepped on by a bull and spending two weeks in the hospital with broken ribs and a punctured lung in 2008.

Nance said he was back on a bull again within three weeks and the following year reached the premier series, earning the rookie-of-the-year title in 2009.

Nance said he understands when fans are curious about what would inspire him to take on such a dangerous profession. The top question he gets asked is, “What are you going to do when you’re done?’”

“I didn’t get here by making a backup plan,” said Nance, adding, “Actually, now that I’m a little older, I’m having to look into that.”

But not yet. Nance said he wants to ride again and put the injuries of 2019 behind him. He had to sit out the first two events of the season, watching his colleagues during the Unleash the Beast season opener earlier this month in New York City.

“I got to go to Madison Square Garden to watch my buddies compete in one of my favorite events of all time. That will definitely throw a log in your fire,” said Nance, who also was out last weekend when the Unleash the Beast tour visited Chicago. “I’m ready. Whenever I’m cleared, I’m ready.”

Meanwhile, the veteran rider in his 11th PBR season is scheduled to cheer on his colleagues in Manchester, and then host the Cooper Tires Bull Riding Challenge in Oman Arena in Jackson, Tenn., Jan. 24-25.