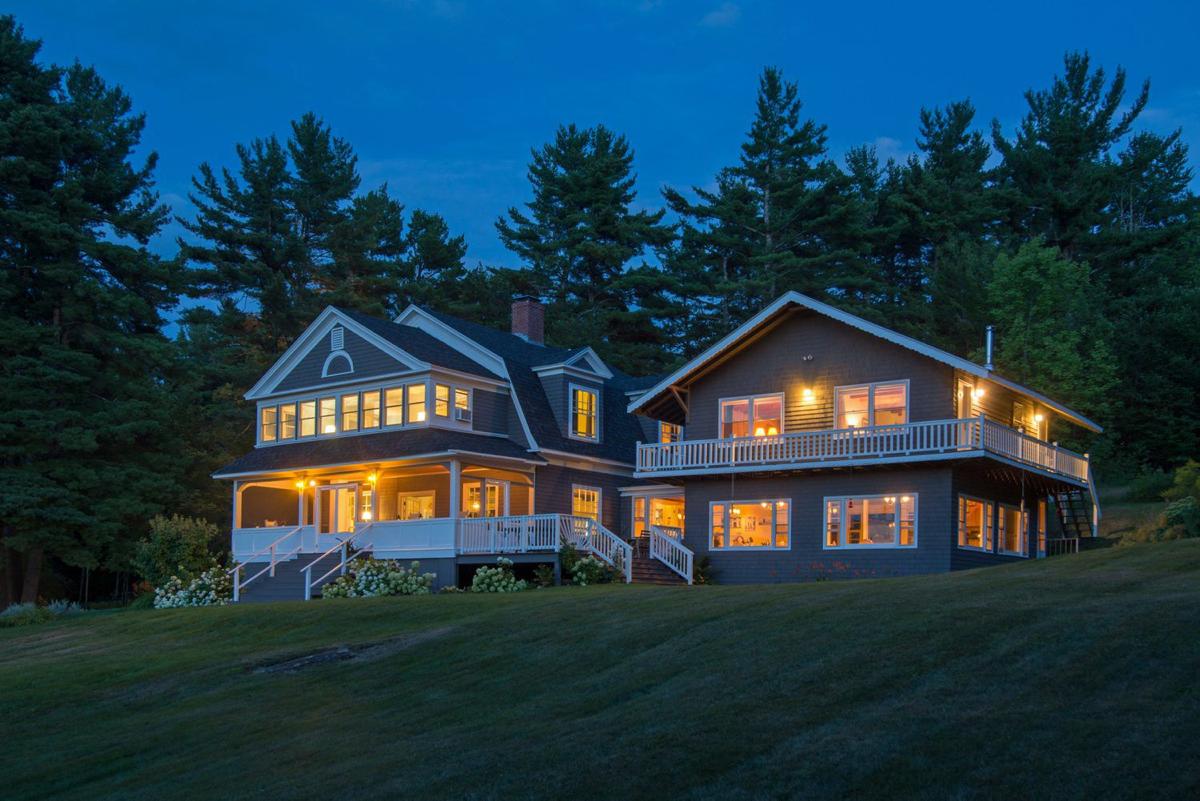 The owners of Snowvillage Inn in Eaton have been posting their rooms on Airbnb. They also get dinner guests sent over from local Airbnb hosts. 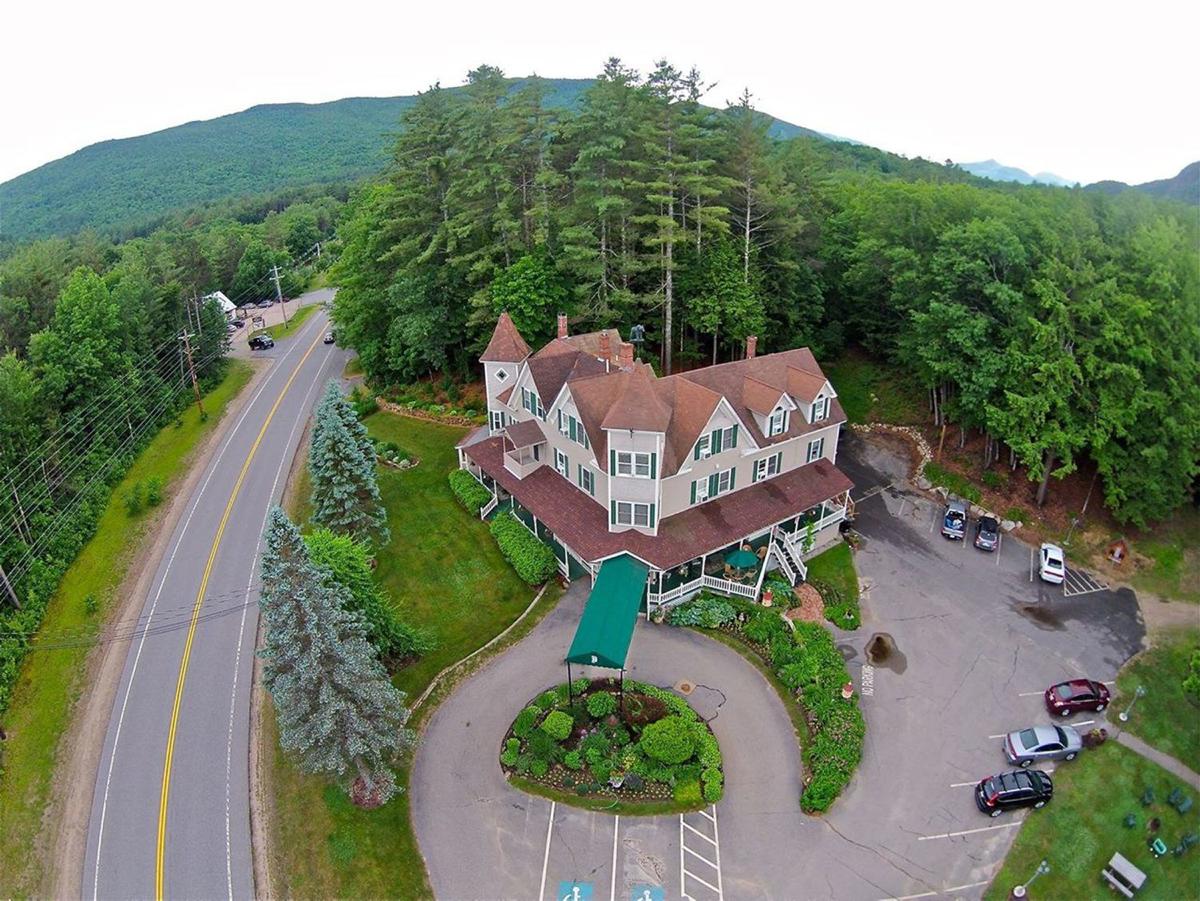 The Bernerhof Inn in Glen. 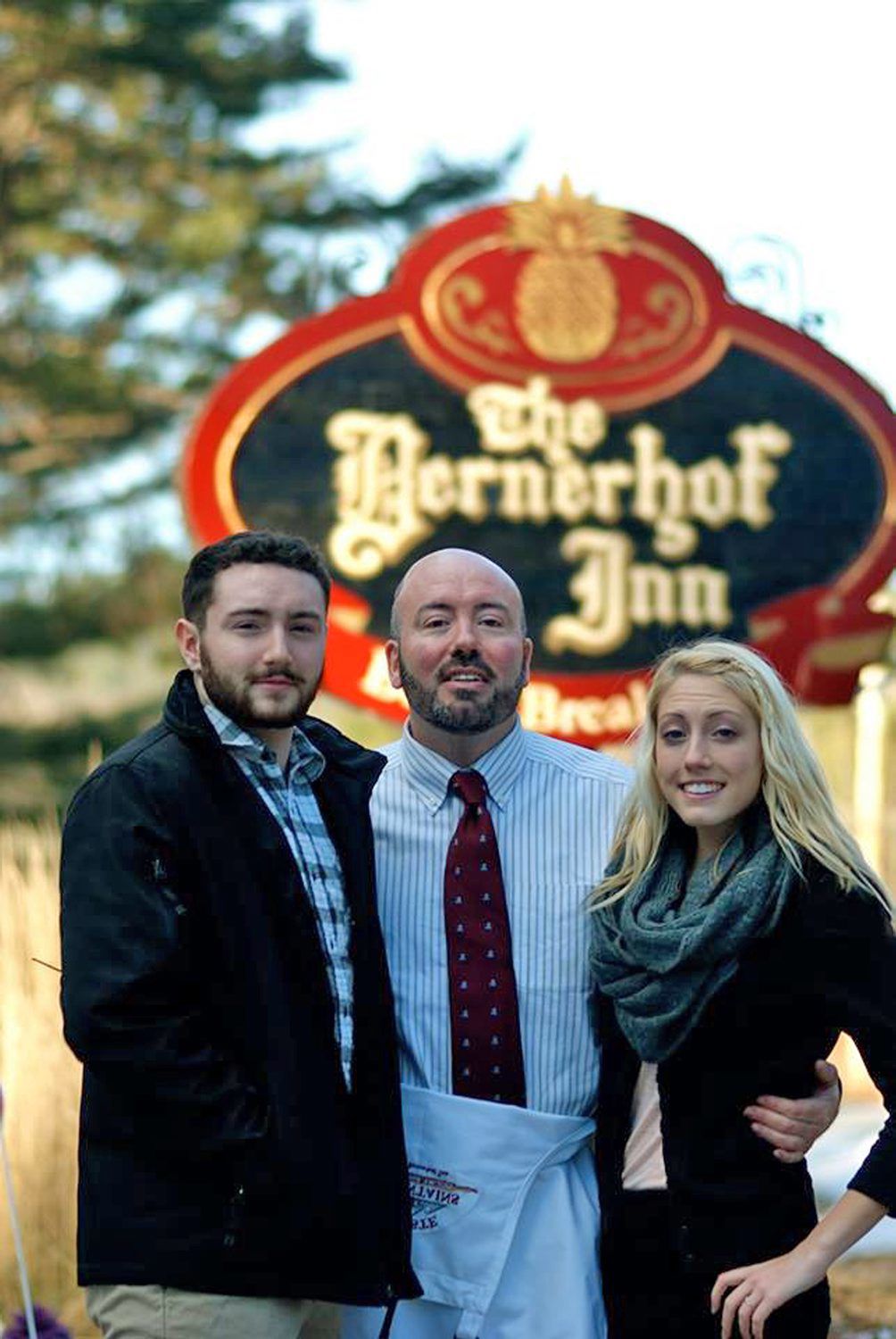 Steve Lambert, innkeeper at the Bernerhof Inn in Glen, with his children Joshua and Bea Lambert. 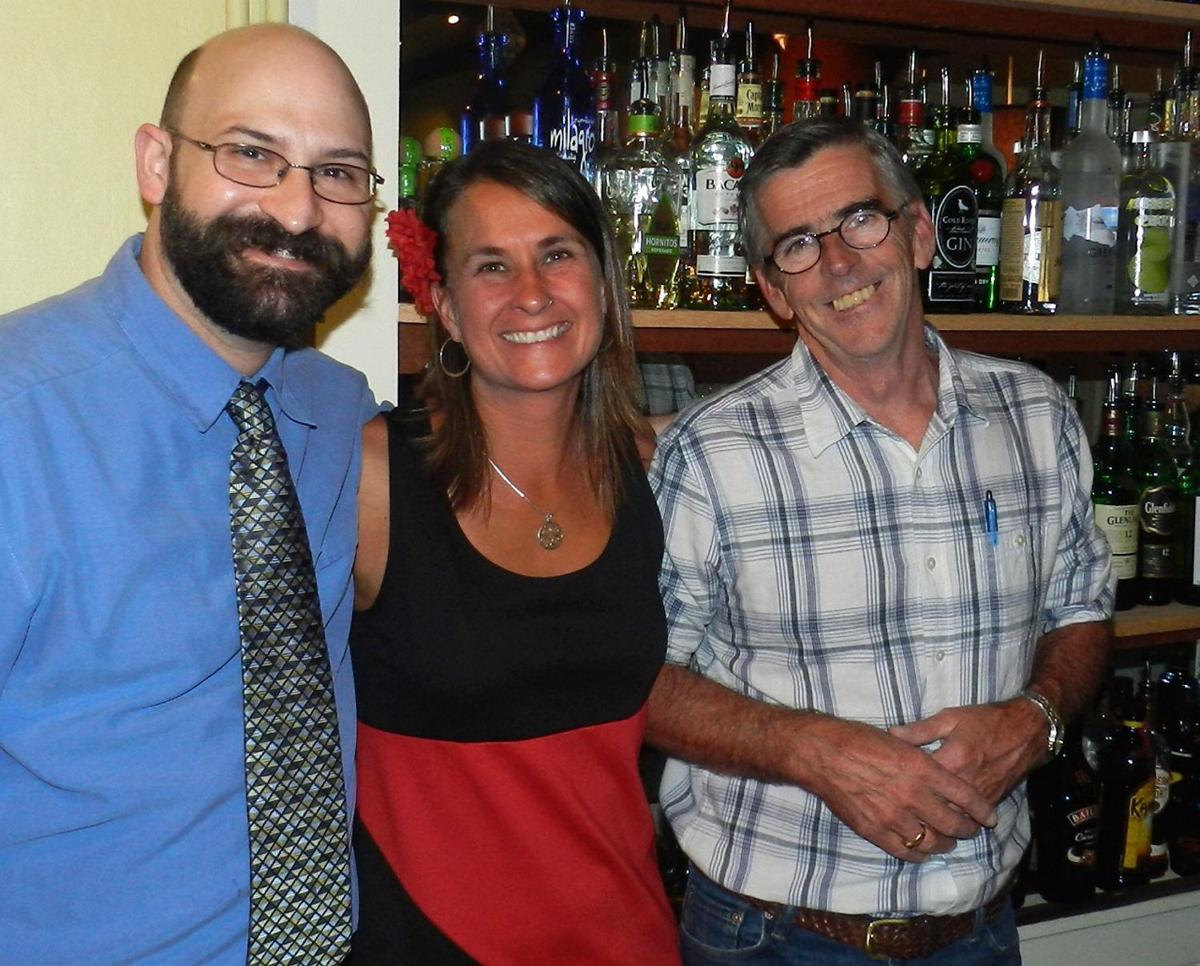 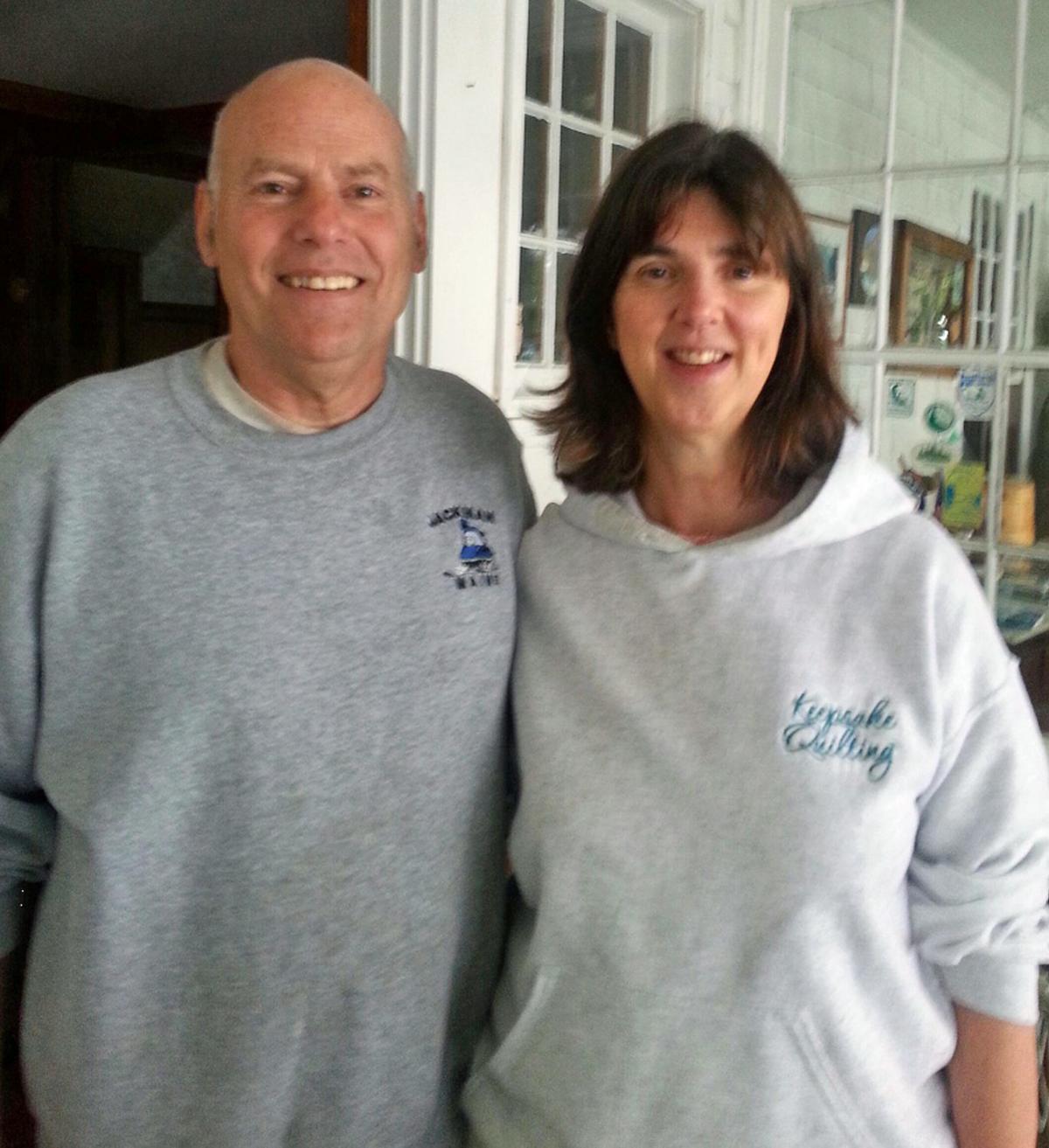 Gary and Cindy Kunz operate the Colonial Pines Resort in Moultonboro. They've been listing rooms on Airbnb for about three years, and love the guests they've met through the online platform.

The owners of Snowvillage Inn in Eaton have been posting their rooms on Airbnb. They also get dinner guests sent over from local Airbnb hosts.

The Bernerhof Inn in Glen.

Steve Lambert, innkeeper at the Bernerhof Inn in Glen, with his children Joshua and Bea Lambert.

Gary and Cindy Kunz operate the Colonial Pines Resort in Moultonboro. They've been listing rooms on Airbnb for about three years, and love the guests they've met through the online platform.

More travelers are using online platforms such as Airbnb and HomeAway to find and book their vacation stays.

And while some traditional New Hampshire innkeepers worry about the increasing competition from the "sharing economy," others are embracing the trend.

Gary Kunz owns and operates Colonial Pines Resort in Moultonborough with his wife, Cindy; their family has owned the property on Lake Winnipesaukee since 1960.

They started listing rooms in their lakeside lodge on VRBO and Airbnb about three years ago. They've hosted folks from New Zealand, Australia and Europe, as well as Chinese parents here to visit their children at Boston colleges and universities.

It's been a very positive experience, Kunz said. "Airbnb brings the best clientele," he said.

State Rep. Ed Butler, D-Harts Location, is the owner of Notchland Inn. He sponsored legislation requiring owners of short-term rentals to post their operating license numbers in any advertising; both the House and Senate passed the measure last week.

It's an effort to "level the playing field," Butler said.

"If I, as a traditional lodging establishment ... have to pay the rooms and meals tax to rent a room with a bed and all the amenities that go along with it, then so should those people who are doing it in this new way," he said.

Lawmakers also created a committee to study the effects of short-term rentals on municipalities.

"I think we'll continue to look at how this new segment of the short-term rental business impacts the economy, and I think it's going to be positive in terms of bringing people in," Butler said. "But I think it's also a challenge for the traditional lodging industry."

John Beardmore, commissioner of the Department of Revenue Administration, said current law (RSA 78-A) already requires any establishment that offers sleeping accommodations for rent to pay the 9 percent state rooms and meals tax.

Owners must register with DRA and obtain an operating license; it's free to do so.

The new law applies to advertising for short-term rentals - defined as renting one or more rooms in a residential unit for fewer than 185 consecutive days. And that includes listings for online platforms, says the DRA commissioner.

It's not an expansion of the tax, which brings in nearly $300 million a year, Beardmore said. But the new law, he said, "will hopefully serve to improve compliance."

And Rep. Butler said he expects it will bring in more tax revenue to the state.

While online platforms do have in their sign-up agreements some language about owners being responsible for all taxes, he said, "People don't necessarily know what that means. And those entities don't make an effort to either teach or make it clear that it is a requirement."

Jennifer Kovach is co-owner of Snowvillage Inn in Eaton Center with Kevin Flynn. They just listed rooms on Airbnb and haven't had any hits yet.

Still, she said, "I think it's a good tool to get your name out there."

Kovach subscribes to the "rising tide lifts all boats" theory when it comes to these new platforms. "I don't see it as a threat," she said.

She sees it as a business opportunity. "I feel like it might be bringing a different group of people up here," she said.

She's already had a couple of local Airbnb hosts refer their guests to her inn for dinner.

"There's room for everyone," Kovach said. "If your business is doing the right thing, you're going to attract the people that want to be at your place."

"Someone that has a really cool treehouse? I can't compete with a treehouse - and I don't want to," she said.

Butler said he's not surprised that some traditional inns are using Airbnb to list their rooms. "If there is a way to advertise your business and to compete, then that makes sense," he said.

He hasn't taken that step himself, however. "We've thought of it, and we might do it at some point, but we haven't made that decision," he said.

The landscape in the hospitality industry has changed dramatically in the 23 years he's been running his inn, Butler said, "and we have tried to change and grow with it."

"So the advent of the new sharing economy lodging platforms is another piece of that competition."

Steve Lambert is the innkeeper at The Bernerhof Inn in Glen. "I can tell you that we totally understand the shared economy, and we embrace repurposing things like empty rooms," he said.

But Lambert doesn't list any of his 140-year-old inn's rooms on Airbnb. It strikes him as sort of false advertising, he said.

"I just think that the average consumer would know the difference between an inn with a reservation system and someone with extra space," he said.

Lambert agrees that homeowners who rent their homes or rooms on such platforms should pay the same taxes that traditional hotels and B&Bs pay. And, he said, "We also have a feeling that fire suppression systems and safety systems should be adhered to."

Dolores Struckhoff is executive director of the Enfield Shaker Museum. The museum has been hosting weddings and other special events for some time, but last fall they decided to list rooms in its Great Stone Dwelling on Airbnb.

And it's starting to pay off, she said, attracting guests who are interested in the unique experience of staying in a museum. A booking comes with a free tour.

The museum is a nonprofit organization; renting out rooms helps pay the operating expenses, Struckhoff said. Single rooms are $110 a night; doubles are $135; and triples are $160.

Anna Guenther, the museum's events coordinator, came up with the idea after her mother rented out a cottage on Airbnb. She said it's important to be clear about what people should expect.

The rooms don't have TVs or radios, she said; the furniture is reproduction Shaker. "You get this very simplistic experience," she said.

So what would the Shakers think of all this new economy stuff?

"All I can say is the Shakers were very innovative in their time," Struckhoff said. "I don't want to say they were capitalists, but they found ways to generate revenue to sustain themselves.

"And that's really what we're trying to do here on some level."