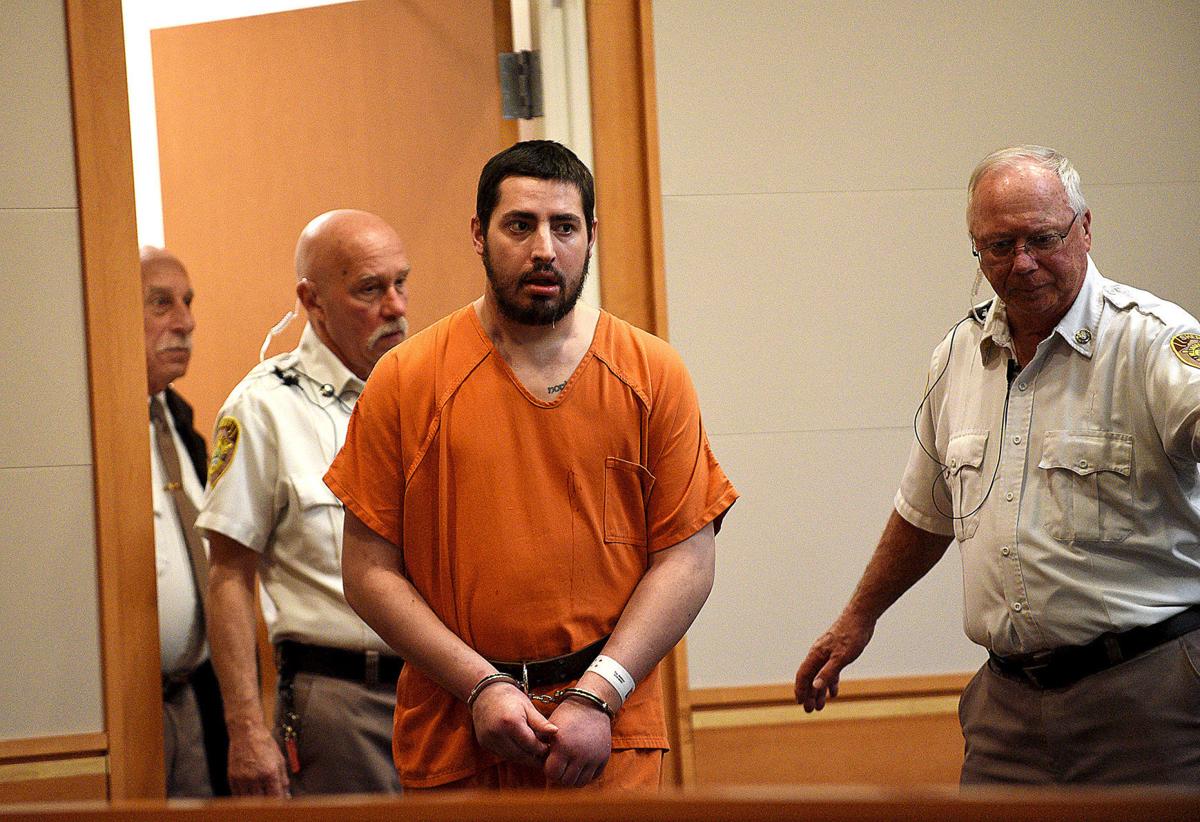 Matthew Fay arrives for a hearing at Hillsborough County Superior Court in Manchester on Monday. He is accused in a stabbing death in Hillsborough in December. 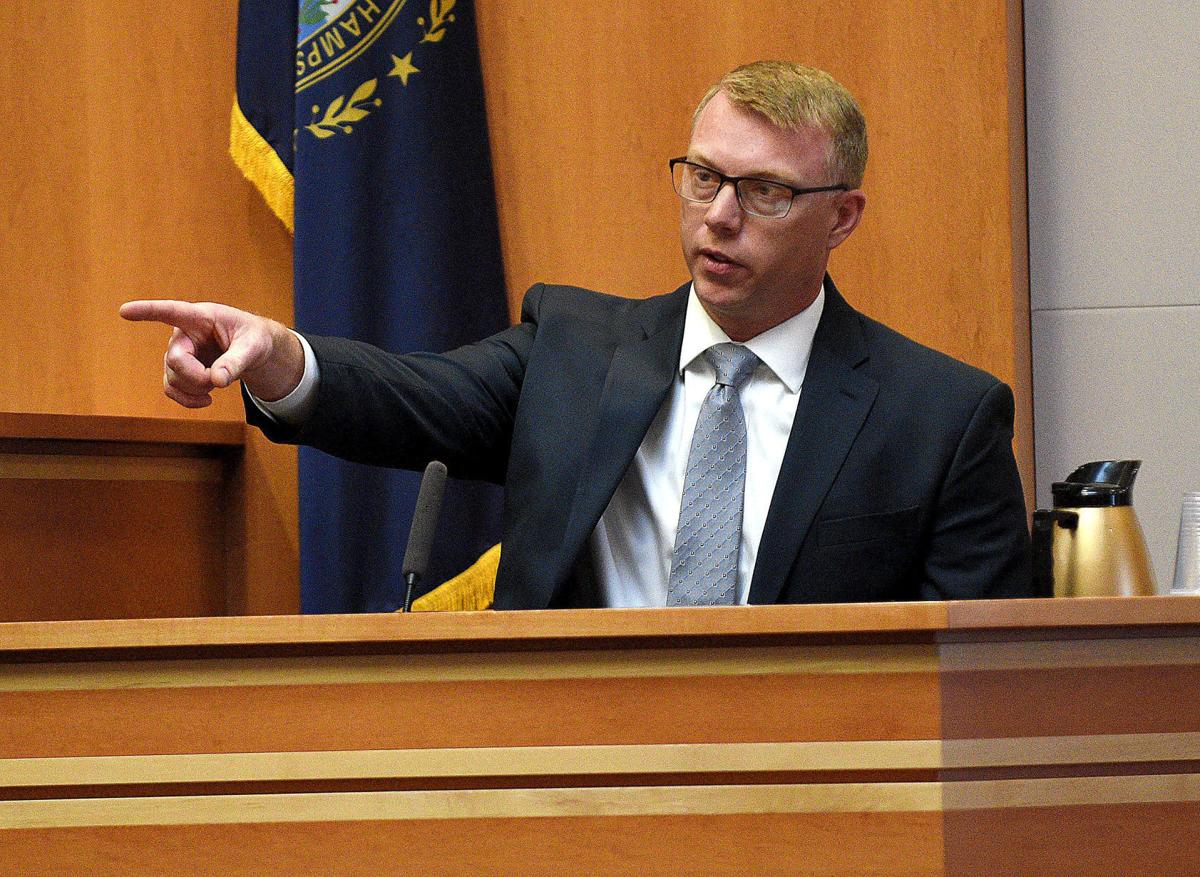 State Police Sgt. William Bright gestures while giving testimony at a a hearing for Matthew Fay at Hillsborough County Superior Court in Manchester on April 15, 2019. Fay is accused in a stabbing death in Hillsborough in December.

Matthew Fay arrives for a hearing at Hillsborough County Superior Court in Manchester on Monday. He is accused in a stabbing death in Hillsborough in December.

State Police Sgt. William Bright gestures while giving testimony at a a hearing for Matthew Fay at Hillsborough County Superior Court in Manchester on April 15, 2019. Fay is accused in a stabbing death in Hillsborough in December.

MANCHESTER — A Hillsborough man charged with fatally stabbing another man at a mobile home in December was ordered to remain in jail without bail Monday on a second-degree murder charge.

Judge David Anderson ruled that prosecutors had met the necessary burden of proof to support the charge against Matthew Fay, who was arrested March 28 after being discharged from the state psychiatric hospital in Concord.

Fay, 28, told police he stabbed Brett Wilson on Dec. 22 in a trailer where Fay lived with his grandfather because he thought Wilson was there to harm them, New Hampshire State Police Sgt. William Bright testified during the one-hour hearing in Hillsborough County Superior Court.

Bright, the lead investigator on the case, said investigators had trouble questioning Fay at the police station, describing him as irrational and paranoid at times before he was taken to a hospital for a mental health evaluation.

“He was making paranoid statements — statements that didn’t make sense to the situation that he was in,” Bright said. “Mr. Fay was demanding phone calls and basically was not cooperating with anything he was being asked ... he continued those delusional statements at the time those attempts were being made.”

Bright said relatives told investigators that Fay had a history of mental illness since childhood and had called 911 multiple times in the weeks before the stabbing, claiming others were after him for being a “snitch” or passed along information to police. Bright, who said police did not find any basis for the claims, testified Fay could be heard screaming in the background of a 911 call his grandfather, Steven Fay, made after Wilson was stabbed.

“He was saying things like they were being held hostage and ‘he was trying to kill me and kill you’ and things like that,” said Bright, the only witness to take the stand Monday.

Assistant Attorney General Nicole Clay asked whether Fay sounded rational while describing the alleged threats and conspiracies against him.

“Not in my opinion,” Bright responded. “We were concerned and we wanted him to be evaluated by a mental health professional.”

Fay’s mental health came up repeatedly during the hearing.

Defense attorney Robert Swales of the New Hampshire Public Defender’s office asked about Fay’s demeanor when he was released last month from the psychiatric hospital, where Bright and a state trooper were waiting with an arrest warrant.

Although Fay was “cordial and cooperative,” he continued to tell investigators outlandish and irrational claims similar to those he made just after the stabbing, Bright said.

Associate Attorney General Jeffery Strelzin said Fay’s statements and evidence showed that he knew what he was doing when he killed Wilson, who was stabbed in the back three times and once in the neck — also from behind.

“He may have been delusional about why he did it, but he fulfills the mental state of reckless indifference,” Strelzin said while asking Anderson to order Fay remain in custody without bail.

Fay was led out of the courtroom by court officers after sitting silently throughout the hearing, visibly shaking and trembling at times with his hands shackled in front of him. Swales declined to comment on Fay’s mental state after the hearing beyond what was said in the courtroom.

'I am not a murderer,' says indicted Hillsborough man

"I am not a murderer ... I did what I had to do," court documents cite Matthew Fay as saying.