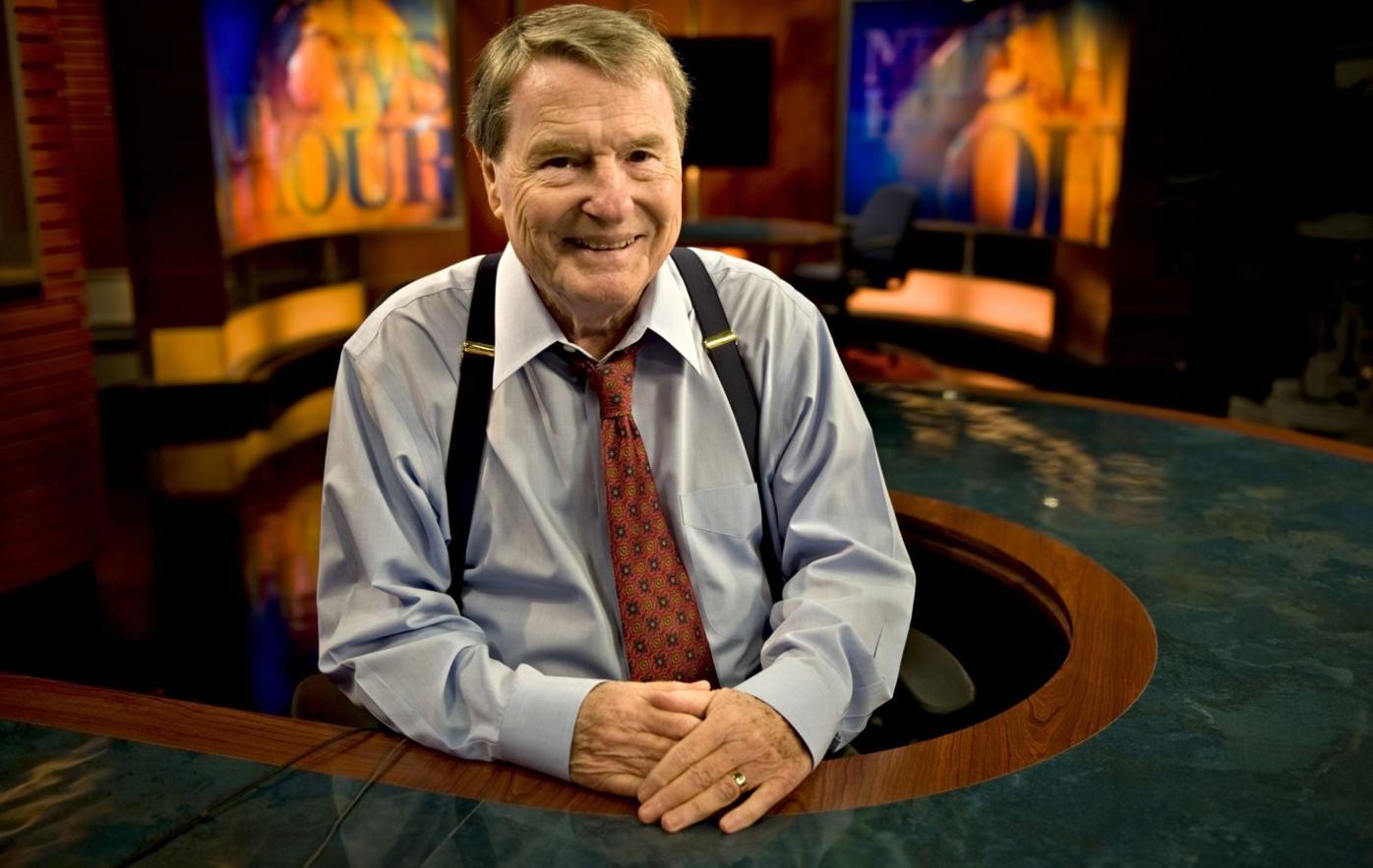 PBS news anchor Jim Lehrer poses for a portrait in his studio in Arlington, Va., in 2011. 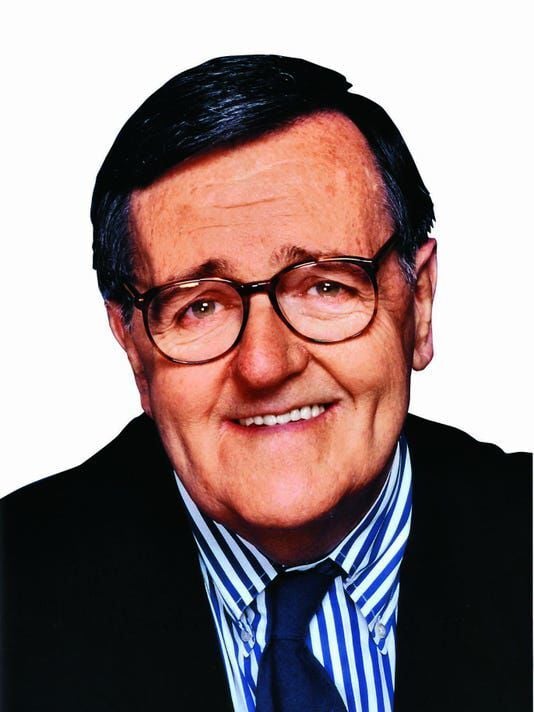 WHAT DO presidential candidates George H.W. Bush, Michael Dukakis, Bill Clinton, Bob Dole, Ross Perot, Al Gore, George W. Bush, John Kerry, Barack Obama, John McCain and Mitt Romney all have in common? On the biggest night each of their political careers, when they — live and on national television without teleprompters or prepared texts — were being scrutinized and judged by up to 80 million of their fellow citizens on their fitness to be president, all of these men agreed to accept and to trust journalist-anchor Jim Lehrer to moderate their presidential debate.

Let us understand the total pressure of a presidential debate when not only the nominee’s campaign but also her/his career is, for 90 minutes live, coast to coast, on the line. It is the only time in these marathon campaigns when we, the voters, have the chance to “interview” the would-be presidents and see how each defends, explains and reacts, as well as what their body language and facial expressions reveal.

Let us also remember what Jim Lehrer taught us by word and example about the duties of the moderator. “The only opinions that matter are those of the candidates,” he said, adding, “Nobody cares what the person asking the question thinks.” His rule, which he always honored: “You are not here to participate in the debate.”

Jim was a superb interviewer and moderator because he always listened to what the person he was questioning actually said. His favorite example of failure to listen was a hypothetical exchange between the host and guest, a U.S. senator: “Should we sell grain to Cuba, Senator?” To which the senator responds: “Yes. We should. But first, we should bomb Havana.” The oblivious interviewer’s follow-up: “What kind of grain, Senator?”

Jim was occasionally criticized for being too neutral or lacking “attitude” or passion. That is baloney. He thought deeply and cared deeply. Take the enduring issue of guns in America. After graduating from the University of Missouri and being subjected to the military draft, Jim joined the Marine Corps and was commissioned a lieutenant in the infantry serving in Japan and stateside. Jim, a proud Marine, wrote this about guns in America: “Having been expertly trained to use handguns against human beings — particularly all of the body-splitting automatic and semi-automatic weapons — I find it impossible to see them as anything but tools of death and injury. They are not sports equipment. ... Not croquet wickets, not tennis racquets. They are made to cut people in half, to blow holes in their chests, to splash their heads on the pavement. ... I’m grateful to the Marine Corps for having taught me that in a way that stuck forever.”

Maybe Charles de Gaulle was right that there are no irreplaceable men. But at the incredibly demanding task of moderating our presidential debates, Jim Lehrer had few equals and no superiors.

He was truly a national treasure, and I miss him.

Mark Shields is best known for his work on CNN’s “Capital Gang,” where he debated issues with columnists Robert Novak and Al Hunt and Time magazine’s Margaret Carlson.

PRESIDENT Donald Trump and Senate Majority Leader Mitch McConnell are on the cusp of making history.

IN THE SPRING, there was a shortage of vegetable seeds and now, I’m told, there is a shortage of canning jar lids. This doesn’t affect me, locked down in Manhattan, but it brings back memories of my childhood home, the half-acre garden, the big tomato, corn and cucumber crops, the steamy kit…

Patrick J. Buchanan: Is peace at hand in the Middle East?

HAVING PRESIDED over the recognition of Israel by the United Arab Emirates and Bahrain, President Donald Trump has been nominated for a Nobel Peace Prize amid talk of peace breaking out across the region.

BY ANY conventional or historical measure, the recent breakthrough between Israel and the United Arab Emirates and Bahrain is a good thing, and the Trump administration deserves its share of praise for it. The refusal of much of the media to take this moment seriously only lends credibility …

WASHINGTON — California, our national warning, shows how unchecked progressives inflict progress. They have placed on November ballots Proposition 16 to repeal the state constitution’s provision, enacted by referendum in 1996, forbidding racial preferences in public education, employment and…

John Stossel: Politicians on the take?

POLITICIANS shut down businesses because of COVID-19.

Garrison Keillor: A late dispatch from the New York correspondent

A CHILLY night in New York, fall in the air, geese winging along a flyway over West 91st, a lively crowd watching a playground basketball game. Unusual in these pandemic days, to hear a cheering crowd. We’ve been isolating here since March, avoiding the dread virus, leading a life more like …

“THERE IS no... sound reason for the United States to continue sacrificing precious lives and treasure in a conflict not directly connected to our safety or other vital national interests.”

Patrick J. Buchanan: A focused Trump can still pull it out

IF DONALD TRUMP loses the election, history will attribute his defeat to a pandemic that killed 200,000 Americans during his reelection campaign, and a historic depression deliberately induced to put the economy in a coma as the nation suffered through that pandemic.

Jonah Goldberg: Trump aside, Hispanic vote is not a given for Democrats

AS AMBIVALENT as I am about a Donald Trump victory -- or, for that matter, a Joe Biden one -- there is one scenario I would enjoy: What if Trump was reelected thanks to support from Hispanics?

“I’M MORE anti-China than you!”

IN A RECENT deep dive in The Washington Post’s Outlook section, “What’s the Worst That Could Happen?” exploring various potential outcomes of the 2020 presidential election, found that in “every scenario except a Biden landslide, our simulation ended catastrophically.” According to the Post,…

Jonah Goldberg: Despite author's claims, there's no defense for looting

VICKY OSTERWEIL, the author of “In Defense of Looting: A Riotous History of Uncivil Action,” is getting her 15 minutes of fame thanks to a segment on NPR in which she said some really mind-bogglingly dumb, indefensibly evil and fascinatingly reactionary things.

Garrison Keillor: Some great music is played on old fiddles

IT’S GREAT to see an old, old magazine in headline news for something other than its obit and bravo to The Atlantic and Jeffrey Goldberg for the “losers” and “suckers” story on Trump and his contempt for military service or anything else nonprofitable. It’s been hot news for several days, it…

WHAT DO presidential candidates George H.W. Bush, Michael Dukakis, Bill Clinton, Bob Dole, Ross Perot, Al Gore, George W. Bush, John Kerry, Barack Obama, John McCain and Mitt Romney all have in common? On the biggest night each of their political careers, when they — live and on national tel…