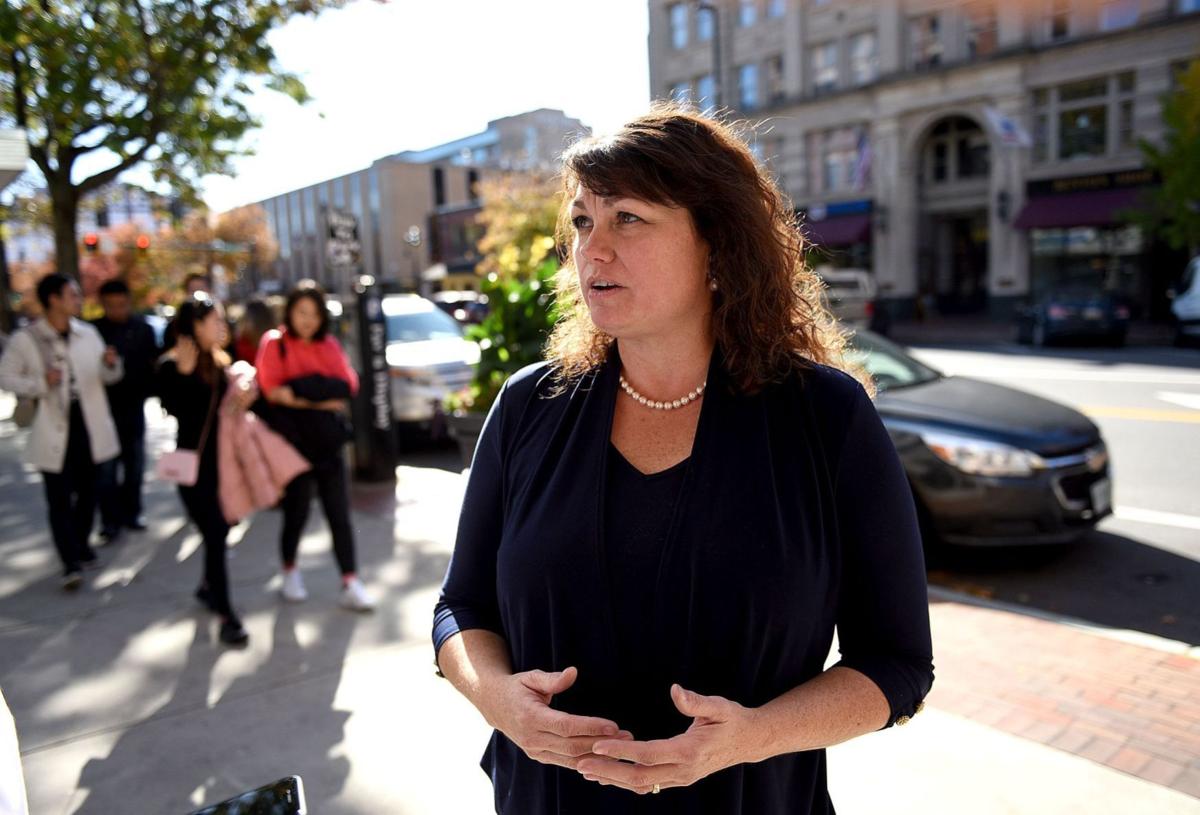 I BELIEVE IN Manchester. This is my home. My husband and I are raising our children in this city. I am running for mayor because our children deserve the same safe parks and neighborhoods that earlier generations played in. They desperately need schools that challenge them to achieve and give them the tools they need to succeed. And they should be able to look forward to the kind of economic opportunities that will allow them to start their careers and raise their own families right here in Manchester some day.

As we head to the polls on Tuesday, Manchester residents need to ask ourselves, “Is Manchester better off today than it was two years ago? Are our neighborhoods safer? Have our schools improved? Is our municipal government more fiscally responsible? Is the business climate more welcoming for entrepreneurs and small business owners?”

The answer to each of those questions is — unfortunately — a resounding no.

Manchester is at a crossroads. Our community is less safe. Violent crime, homicides and opioid deaths are all increasing. The homeless population has taken over our downtown and some of the parks where our children used to be free to play.

Our education system is still not making the grade. Third-grade reading scores, a measure of educational achievement, have declined.

City Hall wastes more of our money and without the tax cap being respected, taxes continue to rise.

Businesses around the city are losing customers as vagrants set up makeshift camps on the sidewalks and pedestrian traffic dries up.

All of this is unacceptable. We can — and must — do better. The image of a struggling city on the decline cannot become Manchester’s new normal.

I believe in our city. I believe in her people. I am confident we can make Manchester shine again. But we must admit that we have problems that need to be fixed, face our challenges head on, roll up our sleeves, and get to work.

That’s what I’ve done throughout my career in public service. As a former New Hampshire state representative and assistant majority leader, I served two terms on the House Education Committee. We passed crucial legislation to give parents more control over their kids’ education and implemented a groundbreaking play-based kindergarten. I also served as Manchester selectman for Ward 9 and on the Manchester Heritage Commission.

My service to our community didn’t begin with elected office, though. I launched a volunteer-run drama club at my children’s elementary school, coached and volunteered for South Soccer, South Little League and Highland Goffe’s Falls Basketball. I served as the PTA president for my children’s elementary school and on the New Hampshire PTA executive board. I have spent countless hours volunteering for Manchester schools as a teacher’s helper and as a substitute teacher at a charter school.

Throughout my public service, I’ve come to understand that everything — safety, schools, community and the economy — starts with our neighbors helping neighbors. That’s why my vision for Manchester begins with neighborhoods.

We must reduce crime by building better relationships between our law enforcement and our neighborhoods, by implementing community-policing policies and by adequately enforcing vagrancy laws.

We can fix the opioid crisis by balancing treatment with enforcement and making sure Manchester isn’t simply a dumping ground for other communities’ addicts.

We need to improve our schools by placing the focus on teachers, parents, and students, demanding excellence, and ensuring that our education dollars end up in the classroom.

We can create more economic opportunity by reducing taxes, regulation and red tape and giving business owners control over their storefronts and sidewalks.

Government has a role in this, of course, and under my leadership as your mayor, we will implement an aggressive campaign of community relations. But I won’t be able to do it without you.

IN THE SEVEN presidential elections since 1992, the Republican presidential nominee has won the popular vote exactly once. The lone GOP candidate to receive a majority of the national vote was George W. Bush in 2004. Bush’s election-day victory over Democrat John Kerry, who had, in most obse…

MATT SCHLAPP, chairman of the American Conservative (cough) Union, which hosts the annual CPAC conference, tweeted that he was disinviting Mitt Romney from the confab this year because he “could not guarantee his physical safety” after the senator voted to convict Donald Trump in the impeach…

NEW YORK — Pundits and political strategists have filled the airwaves this week with talk of “moderates” who will rescue Democrats from the ascendant Senator Bernie Sanders and his Vermont-style socialism. But the vaunted “moderate lane” lacks one thing: moderates.

FROM the day he entered the race, Joe Biden was the great hope of the Democratic establishment to spare them from the horrifying prospect of a 2020 race between The Donald and Bernie Sanders.

FOR MOST of my life the rule of thumb was that the GOP was the ideological party and the Democratic Party was the coalitional party.

THINGS ARE not going swimmingly for the Democrats right now.

Patrick Buchanan: Long before Trump, we were a divided people

IN A WAY, Donald Trump might be called The Great Uniter.

“SHOUT OUT, do not hold back! Lift up your voice like a trumpet!” said the prophet Isaiah, which we read in church on Sunday, but nobody shouted. We are flatlanders, brought up to be still and behave ourselves and listen to instructions, but if the instruction is to shout out and raise your …

LAST MONDAY’S Iowa caucuses were an epic failure for Democrats. Thanks to a star-crossed ballot-tabulation program written by alumni of the Obama and Hillary Clinton campaigns, final results were still unavailable as of early Thursday morning. The party that is desperate to control every Ame…

It’s comforting, no doubt, to believe that Donald Trump has survived the impeachment trial because he possesses a tighter hold on his party than did Barack Obama or George W. Bush or any other contemporary president. In truth, Trump, often because of his own actions, has engendered less loya…

Mona Charen: Romney is a modern man for all seasons

During his floor speech explaining his vote to convict Donald Trump, Mitt Romney was overcome by emotion and paused to compose himself. The intense moment came when he spoke of his devotion to God, saying: "I am profoundly religious. My faith is at the heart of who I am." Lump in throat. Lon…

JUST AS he has done throughout his business career and personal life, Donald Trump bullied his way through being only the third President in history to be impeached. He was not removed from office by the Senate — not because he was found “not guilty”, but because he threatened, stonewalled a…

ONE of my favorite running jokes on the internet is “You had one job.” It’s a staple of Twitter and YouTube, with images of signs reading “Turn Left” with an arrow pointing right, or supermarket shelves demarcating where you can buy “Poop Tarts.”

It’s unlikely that Donald Trump’s new Israeli-Palestinian peace plan will succeed. Yet, it’s the best of any recent offerings because it dispels poisonous fictions that have held back negotiations for decades.

As someone who studies the Constitution, I share the views of a number of Republican Senators, most notably Lamar Alexander, Susan Collins and Lisa Murkowski, that President Trump’s misbehavior was indeed misbehavior (proven by the House Managers), but that it did not rise to the level of a …

Victoria Sullivan is a candidate for mayor in Manchester and a former state representative and assistant majority leader in the New Hampshire House.