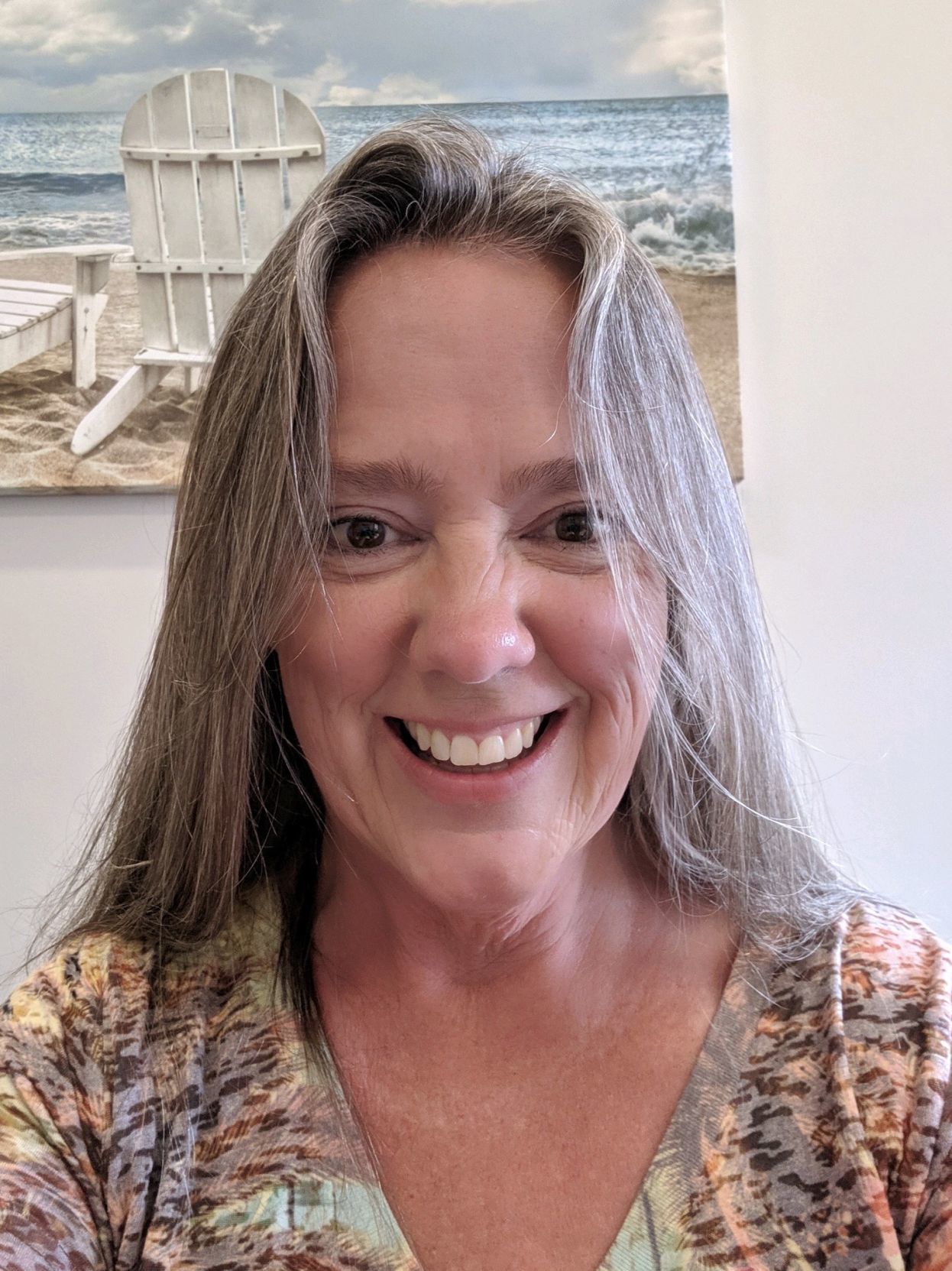 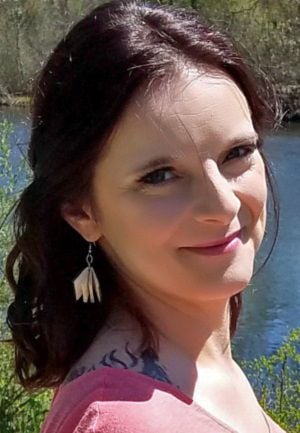 RECENTLY, we watched with anger as Gov. Chris Sununu referred to people like us as “union bosses” during his televised debrief, simply because our fellow union members were demonstrating for their right to a fair contract. We want to set the record straight on exactly who the union is and what our fight for a contract is all about. With over 33 years of experience at Employment Security combined and one of us on the bargaining team that works to secure a contract for state employees, we speak from a place of knowledge.

Over a week ago, dozens of union members participated in a car rally where we beeped and honked outside of the State House in support for a contract that includes fair wages. Gov. Sununu — knowing full well that state employees have been out of contract for almost a year — told us during a recent press conference to “get your priorities straight.” He used the pandemic as a cover for why he is unwilling to give us a very modest wage recommendation that a neutral third party had advised his team to agree to.

To be clear, this neutral third party recommendation for low wage earners — the laundry aides at the state hospitals, the cooks at the veterans home, the highway maintainers who keep our highways cleared — results in a wage increase that averages 38 cents an hour over the life of a two-year contract! You read that correctly — Gov. Sununu wants the public to believe that state employees are not worth upgrading their earnings by 38 cents an hour. He said he can’t give us any raises because 100,000 New Hampshire citizens are out of work.

Yes, we know that 100,000 Granite Staters are out of work. We are processing those unemployment claims along with hundreds of other state employees. We work long days, seven days a week, to process those claims because we know that our neighbors, family, and friends rely on us so that they can keep going during these tough times. Are we still not worth a 38-cent upgrade?

The governor either takes us as fools or doesn’t understand the bargaining process. Either scenario is alarming.

The governor would want nothing more than for you to believe we’re greedy state employees. But we are just like everyone else, trying to keep up with the costs of daily living to keep our heads above water. The governor knows the value of our work, which is why he declared state services essential during the pandemic. He knows that he needs us to process unemployment claims, that the roads still need to be cleared, and that our most vulnerable — the children, veterans, and those in state hospitals — still need to be protected.

One helpful piece of information that we learned during that press briefing with the governor — noises annoy him. Well, getting short-changed annoys us more. So we’ll continue to make whatever noise we need to make to be taken seriously. This week the House and Senate voted to support the wage recommendations from the independent report and it has strengthened our resolve to fight for this contract on behalf of all state employees.

In case the governor needs to be reminded, people aren’t exactly staying silent anymore about the economic issues that have long gone unaddressed in this country, whether that’s protesting paltry teacher’s salaries in different states, auto workers in Detroit who picketed until they reached a fair deal, or any number of festering examples that exist in this country of people being intentionally devalued.

We won’t be quiet either. We’ll be as loud as we need to be, because we know the value of our work.

Betty Thomas of Concord is a state Department of Employment Security employee and a member of the State Employees’ Association’s bargaining team. Lura Seavey of Northfield is a DES worker.

MANAGEMENT theorist Simon Sinek says, “Leadership is a choice, not a rank.” Amid a global pandemic that shook the nation, communities across the country looked to leadership for a sense of safety and comfort in an unprecedented time.

I TAKE great pride in being part of a vast food service distribution network industry that totals more than $300 billion in annual sales and keeps America fed.

SCHOOL SUPPLIES are beginning to appear in store aisles, but across New Hampshire, school board members, teachers, and parents are still wrestling with decisions about whether schools will fully open in-person, be fully remote, or offer a hybrid model. Teachers, administrators, and staff are…

IT IS time to applaud Hannaford Supermarkets. They have taken a huge step forward stating they will be eliminating the sale of all tobacco products by this fall. This big step promotes public health and wellness and shows that as a community partner they care about keeping people safe.

THIS PAST June House Republican leadership took the unprecedented action of trying to shut down the legislative session. Republican leaders, trying to protect the governor from having to veto priorities of Granite Staters, refused to change the deadlines the House operates under.

Marjorie Smith: Déjà vu all over againon redistricting in NH

GOVERNOR Chris Sununu has spent four months focusing his attention on trying to guide the state through a frightening and challenging pandemic. This struggle is by no means over, but now some of his energy must be directed to reviewing the work of the legislature.

Kathleen Sullivan: Either primary candidate will lose to Shaheen, but which still matters

New Hampshire’s September 8 state primary election is less than six weeks away. The biggest Republican race is for the United States Senate nomination and the unenviable task of trying to defeat Senator Jeanne Shaheen.

Corey R. Lewandowski: While Biden calls to defund police, Trump stands with them

IN RECENT weeks, chaos is unfolding in Democrat cities where law enforcement is hamstrung and unable to do their jobs. Professional anarchists recently tried to take control over part of our nation’s capital, unofficially naming it the “Black House Autonomous Zone.” The group attempted to de…

Tina Nadeau: Protecting jurors and the jury system during COVID-19

WHEN the COVID-19 pandemic first struck the state this spring, the Judicial Branch acted to protect the safety of our citizens by suspending all jury trials. Following several weeks of careful planning and preparation, as well as instituting significant measures to protect the health of pros…

TWO DISCLAIMERS: Donald Trump is not Adolph Hitler and America is not in the grip of Nazism as Germany was from the mid-1930s through the mid-1940s.

Fred Bramante: To Open or Not to Open (And How)?

Editor’s note: This item originally appeared in the Bow Times.

Patrick Hynes: Will COVID-19 result in an income tax?

Editor’s Note: This week we welcome Patrick Hynes as a new bi-weekly contributor to the New Hampshire Sunday News. He is president of Hynes Communications and lives in Laconia.

ON JULY 20, House Bill 705 was signed into law — and with a stroke of the pen, New Hampshire became a national leader in the fight to end campus sexual violence.

Jon Schleuss: Why we need to save the news in New Hampshire

IN 2018, a local newsroom reported on allegations of misconduct against the Salem police department. This investigative reporting triggered a momentous chain of events. The town manager was empowered to investigate the department and how it handled internal investigations, resulting in a dam…

Tomorrow, a Pepto Bismol-colored bus emblazoned with the words “Women For Trump 2020” will make its way through the state of New Hampshire, led by Donald Trump’s daughter-in-law and staffed with women who have long been voices in the conservative movement.

Ken Robbins: What's lost when camps close? $150M and so much more

FOR OVER a century, camp has been a summertime staple, nowhere more so than in New Hampshire. Every year, as camps help shape the lives of over 150,000 young people, New Hampshire’s camp industry generates millions of dollars in revenue and supports countless jobs. In 2020, however, every ca…