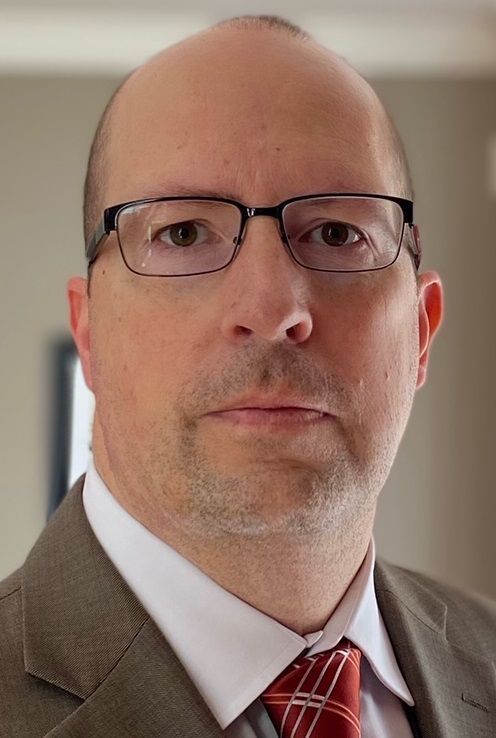 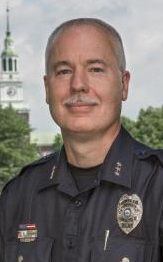 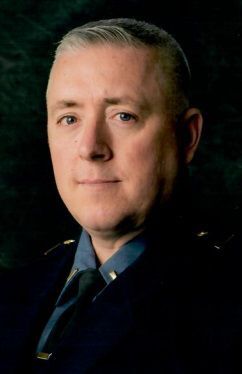 THE EVENTS surrounding the tragic death of George Floyd were a flashpoint for our nation that triggered the dialogue in New Hampshire that led to the creation of the Law Enforcement Accountability Community Transparency or LEACT Commission.

A broad coalition of advocates, citizens, community leaders and law enforcement spent months reviewing the state’s rules, regulations, training, crime statistics and oversight of our police with an eye towards reform.

The LEACT members dove deeper into this work and found that this work required not just reforms, but reinforcement of sound protocols many of our cities and towns already follow. While the commission offered 48 specific recommendations to improve law enforcement in our state, there were many areas in which action was found not to be necessary.

What the commission found is that the relationship between police and public here is largely on solid ground. Recent polling indicated 85% of state residents feel their police departments were professional. In the Granite State, officers are viewed as guardians to protect citizens.

We hope that the 48 recommendations offered by LEACT provide lawmakers with a blueprint for implementing legislation where needed. However, it is concerning to see some of the ideas circulating in Concord, proposed legislation that would upset the balance we currently have with regard to oversight, transparency and regulation of law enforcement. When local law enforcement is seen as the enemy, our communities will struggle to maintain order.

Lawmakers and law enforcement should work together to achieve mutually accepted goals and truly serve the electorate. We have faith that lawmakers will make sound decisions reflective of the commission’s research and hard work.

Proposals such as elimination of qualified immunity and removal of local control of school resource officers at public schools fail to follow the pathway charted by the LEACT recommendations and create new challenges. It’s important to recognize that currently, if officers are found to have performed their job in a reckless or wanton manner while making discretionary decisions, they are not entitled to qualified or official immunity protections. LEACT made no recommendations addressing the balance of protections of officers who face deadly risks while making split-second decisions in the field and legal liability. If any changes to this law are made, the difficulties law enforcement currently faces as a profession to recruit and retain officers will be exacerbated.

LEACT chose to focus on improving training and preparation of officers with clearer oversight. It was made clear that officers respond to calls with limited information, dangerous unknowns, unfamiliar surroundings, and make split-second decisions under pressure. When these reactions or decisions are able to be analyzed, they are analyzed in a stress-free environment, from multiple camera angles, with none of the physical or emotional stress, and none of the fear officers face. We must balance these reviews from the constitutionally required perspective of the officer at the time, while giving officers the tools and training to make the best decisions possible. LEACT appropriately recommended additional training requirements to better prepare officers for these serious and difficult situations.

The overwhelming majority of officers follow the law, follow the policies, give everything they can to the communities in which they serve. The number of bad officers out of all officers, makes up a fraction of a percent of those who serve. So, we must avoid an approach that is primarily punitive in nature, but rather is supportive and transparent with clear consequences for bad actors. No good officer wants to work with a bad officer, not one.

If we get this wrong, if we create oversight built on assumptions of wrong-doing, then we risk losing good people. Our policies, protocols and reforms should not discourage them from signing up to perform this important work or cause longtime public servants to leave the profession. These reforms must ensure there are no barriers to removing bad officers. LEACT worked to strike that balance and we urge lawmakers to follow the blueprint the commission worked hard to create.

The legislative approach should be to remember we are all in this together. That is what guided LEACT and resulted in a united and positive outcome that will continue to put the best foot forward for law enforcement.

Paul J. Holloway: The merger from my point of view

WHILE MERGING New Hampshire’s Community College System and the University System may sound like a good idea, the details very quickly show how ill-fitting such a step would be. Forcing and rushing a merger between these institutions with very different missions, cost structures, cultures, bu…

MANCHESTER need not choose between helping those needing recovery and protecting its neighborhoods.

MY NAME is Greg Steelman. I was a sophomore the first year Pembroke Academy had a track team. At that time I was starting down a path of alcohol and drug use and tried out track because I thought it would be cool to throw a spear.

Donna Chick: Let conservative lawmakers know you've got their back

NEW HAMPSHIRE, the 5th smallest state in the union, is to those that call it home the best place to live. We wish to preserve its abundant beauty and unique way of life so that future generations can hike in the White Mountains, explore its seacoast, and know what it means to tap the trees i…

Kathy Sullivan: After a long winter, Biden feels like spring

IT OCCURRED TO ME the other day that in January I stopped reaching for my phone every morning to see if the president of the United States had done anything frightening, stupid, or dangerous overnight.

AS A FORMER basketball coach at both the high school and college levels, I offer these comments on how the college championship games were played and why we need changes.

Jane Aitken: Whose property rights should be protected?

I WOULD LIKE to counter a few points from the op-ed written by Max Latona and Jason Sorens titled “Stronger property rights can address housing shortage” that was published March 26, 2021.

ONE OF the most important aspects of the American Dream is getting further and further out of reach — retirement. Since the mid-1980s, the average retirement age has risen steadily, meaning seniors are staying in the workforce longer. And more studies find that about half of today’s househol…

DISTRACTED DRIVING is not a new problem, but it remains a serious one. It is, however, a problem that we can all combat together. It is as easy as putting away your phone while you are behind the wheel, setting an example for young drivers, and emphasizing one very simple message: no text, p…

THE New Hampshire Fish and Game Department and the Fish and Game Commission are stewards of our public trust wildlife and are responsible by law for managing them such that all species have healthy, stable populations. For the most part, Fish and Game has done a commendable job. Populations …

Charlie Dennis, Mark Morrison and Marc Beaudoin: We are all in this together

THE EVENTS surrounding the tragic death of George Floyd were a flashpoint for our nation that triggered the dialogue in New Hampshire that led to the creation of the Law Enforcement Accountability Community Transparency or LEACT Commission.

WHEN I WAS a junior in high school, on my first day of physics class, the teacher put us into groups of four. He then gave each group a mechanical transit, an instrument with which we had no prior experience. Mr. Richardson had marked points with black tape, within the confines of the high s…

THE MARCH 26 op-ed by Max Latona and Jason Sorens made many assertions regarding property rights and New Hampshire’s housing shortages. They made claims too broad to even be reasonably debated within the confines of this one response. However, the claim that Republican legislators are blocki…

FOR DECADES, a family of chemicals known as per- and polyfluoroalkyl substances (PFAS) have seeped into water supplies, air and soil in New Hampshire and across the country. Through research and remediation, scientists have found that the prevalence of PFAS is widespread and the potential he…

IMAGINE if you lived in a country like Russia that has a number of civil rights enshrined in its constitution. If those rights were violated by the government, do you think you could sue to enforce them? Of course not.