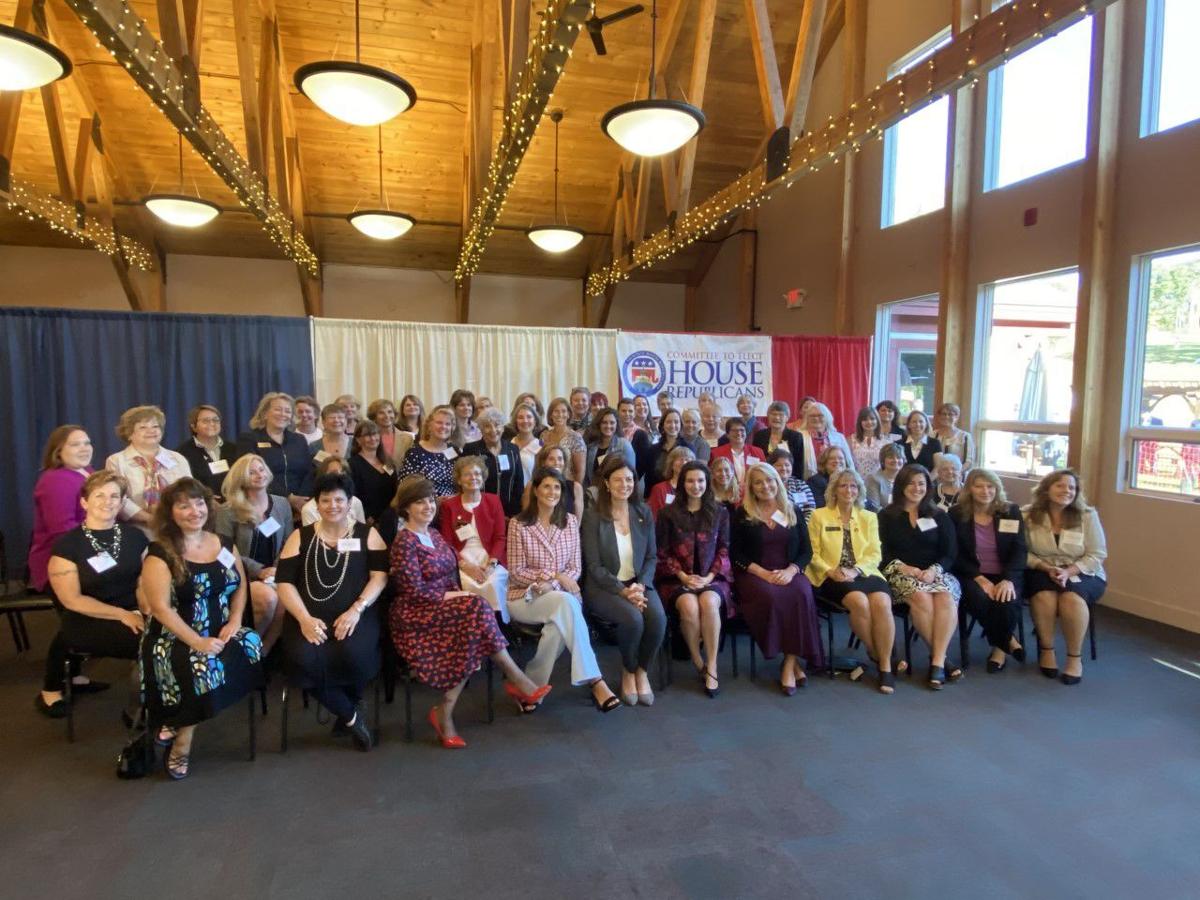 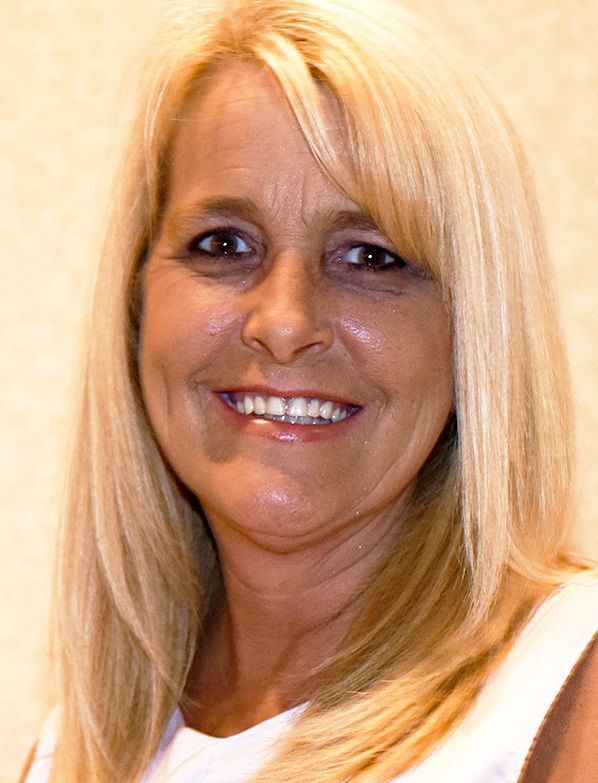 ONE HUNDRED YEARS AGO this year, the 19th Amendment was ratified and women were finally granted the right to vote. I am proud to be from a state where we have a long history of empowered Republican women fighting for women’s rights. From Marilla Ricker, to Vetsa Roy, to Donna Sytek and Kelly Ayotte, we have many role models to look up to and who have guided the way for women running today.

Those women from the past, those currently running, and those running in the future deserve to be celebrated, honored and elected. New Hampshire has a strong history of electing women, however, there is much work to be done.

According to the National Conference of State Legislatures, in 2020 only 29% of legislators nationwide were women. In New Hampshire, more than half the population is female, yet the current membership of the Legislature is 34% women. Currently, roughly only 6.5% of the House are Republican women.

Women across the state are running to change this narrative. Over the last few elections we have seen an increasing number of Republican women running for office. They are running to ensure that the policies enacted in New Hampshire have more women at the table to represent everyone in the state and not just a few. We are seeing more women running because the vast majority of decisions made in Concord that affect women are being made by a majority of men.

In 2020, I am proud to say that we have more than 100 Republican women running for the Legislature across all 10 counties. The women running today represent a cross-section of New Hampshire from Coos to Hillsborough who are business owners, community leaders, whose stories and experiences are unique, and who are running to represent you.

Democrats would have you believe that if you are a woman you should only be voting Democrat. I’m here to set the record straight. Republican issues are women’s issues.

To say that women must be Democrats devalues women’s experiences. Voting Republican as a woman should not be a stigma. It should be something women are proud of. It is possible to be a Republican and be a strong and independent woman who stands up for herself and for others.

The Republican women running today are the role models for the women of tomorrow, and we must not lose sight of our future leaders who look up to today’s.

Let’s show them what leaders can do and how they can pursue their dreams to make a meaningful impact in the world.

As a Republican woman running for re-election for state representative, I hope to inspire even more women to run for office. But to start, we should elect the more than 100 Republican women currently running to serve in state offices. These women are working hard to earn your vote and help take back the GOP majority in the New Hampshire House, Senate, and on the executive council.

Jennifer Horn: Remember to be thankful

THIS HAS BEEN a year of great loss for our family. My mother passed away at the end of May. She was 84 years old and deeply loved by a very large family. It is never easy to lose our parents; someone whose presence partially defines yours, whose love and support lends a steady guidance to yo…

WHEN THE COVID-19 pandemic struck, New Hampshire’s nonprofit organizations did what had to be done: they adapted — and kept meeting their missions.

Phoebe James: Daylight saving time can be distressing for seniors

RESTLESSNESS, agitation, irritability and confusion — just a few symptoms of sundowning, a common phenomenon experienced by people living with dementia or Alzheimer’s disease (AD), where the onset of darkness stirs anxiety. The condition causes those affected to lose their sense of time and …

AMONG MY favorite traditions at Thanksgiving is the part where we go around the table and say what we are thankful for. For this year’s COVID Thanksgiving, there may be a lot fewer people around our table, but my list of what I am thankful for is much longer.

ENDING VETERAN homelessness in New Hampshire is within our ability to achieve and landlords can play a crucial role in helping us to cross the finish line in this effort.

Andrew Cline: Freedom has made New Hampshire an economic marvel

NEW HAMPSHIRE is a small, remote, mountainous state with no major port or trade hub. Considering only natural economic resources, it has more liabilities than assets. Yet its economy is legendary. Its economic growth has been the envy of New England for decades.

THANKSGIVING will be a little different this year. We’ll be gathering with family and friends, though probably in smaller groups. We’ll be watching football games played in empty stadiums. And some will be trying to pass the mashed potatoes through Zoom.

Dr. Richard B. Friedman: Rights and responsibilities during a pandemic

SINCE THE APPEARANCE of the novel SARS Coronavirus (SARS-CoV-2) and Coronavirus Disease 2019 (COVID-19) earlier this year our country has become divided rather than united in working to control this infection.

Suzanne Ketteridge: We can no longer sweep homelessness under the rug

HOMELESS MEN and women, many struggling with mental illness and addiction, others just too poor to afford housing, if they could even find it, have set up their tents on the Hillsborough County Superior Court’s lawn.

LET’S START BY acknowledging that yes, COVID-19 is important. We are all impacted by COVID-19 in far more severe ways than we could have ever imagined. It is hard to think about, let alone advocate for much else.

Kathleen Sullivan: Who won the election? New Hampshire did

DID NEW HAMPSHIRE Democrats or Republicans have a better election?

Jan Martin: Sure it's broken, but how can we fix it?

I ONCE READ that all countries reach their pinnacle and then begin to decline. I hope this is not so for America, but our political climate would say that it is. Not only a decline but, if we don’t get hold of it, a path for self-destruction. We don’t need to worry about Russian interference…

Rev. Steve Edington: Not who we are…Or are we?

Emma Ryan: Who will stand in the gap today

Most Americans do not fear nuclear war. They assume that their government and the threat of mutually-assured destruction will keep them safe. This blind faith could prove catastrophic. The only outcome of nuclear war is total devastation—hundreds of millions dead, human life reduced to char …

Less than one week after the election, Governor Sununu announced that his first priority with the incoming Republican majorities in the House and Senate will be to raise your property taxes. The last budget, passed by the Democratic controlled legislature in 2019, contained historic investme…

Patrick Hynes: For Sen. Hassan, a time for choosing

DESPITE THE seemingly paradoxical outcome of the 2020 election here in the Granite State, voters actually sent a clear message: New Hampshire is a true purple state full of ticket splitters who refuse to vote according to type.