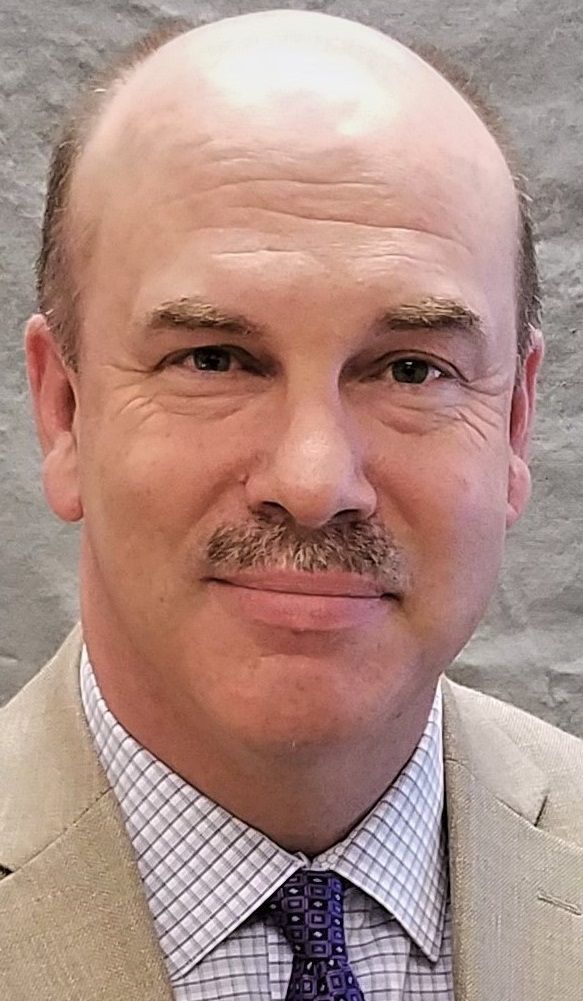 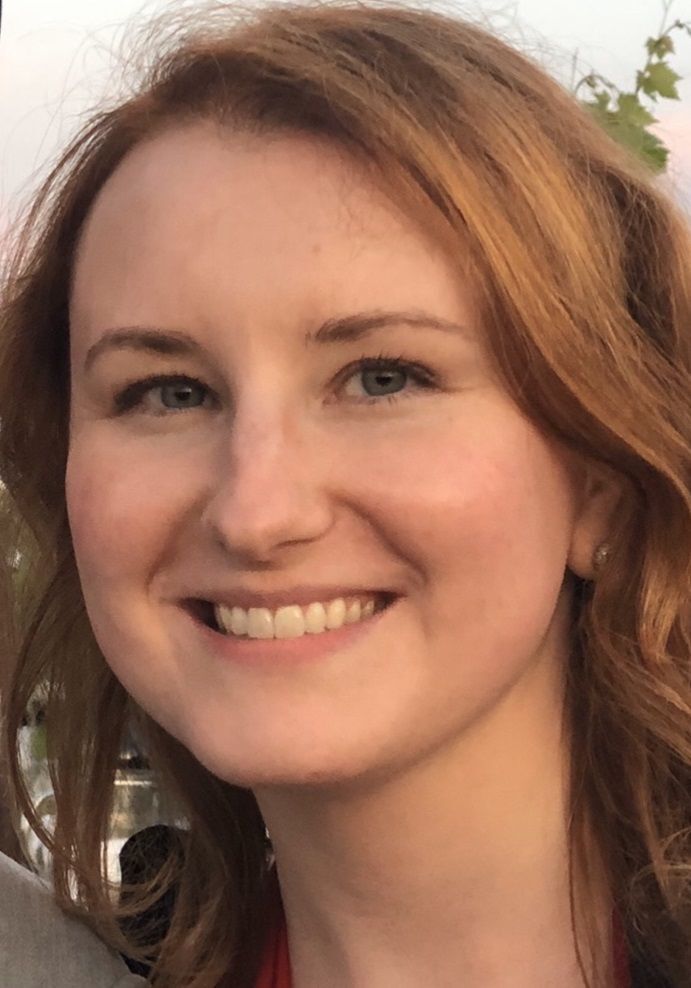 THE COVID-19 financial impact on towns and cities across New Hampshire continues to cause concern for the entire state, particularly as municipalities begin next year’s budgeting process facing unknown expenses and uncertain revenue.

To make matters worse, as the state also begins its next biennial budget process and determines how to respond to its own significant losses, customary state aid to municipalities is vulnerable. Cuts in this funding could send shockwaves throughout the state as it impacts municipal budgets and services to Granite Staters.

Because New Hampshire relies on property taxes as a primary revenue source, the financial impact of a crisis is felt here later in many cases than it is in other states that rely instead on taxes on sales and services.

With property tax revenue being the largest source of municipal revenue in New Hampshire, the federal stimulus funding and loan programs provided directly to taxpayers, the unemployed, businesses, and non-profit organizations, have all contributed to stabilizing immediate local property tax collections, as evidenced this past July with a delinquency level reported that was not significantly greater than previous years.

As reported by 52 municipalities in a recent NHMA Financial Impact Survey, future declines in property tax revenue are more concerning than any losses seen to date.

Further, while motor vehicle fees — the second largest revenue source for most municipalities — have not been significantly affected so far, this was due largely to those federal stimulus programs and the continued trend of new vehicle purchases over the past 6 months.

Towns and cities are also reporting major revenue losses in fees generated by a myriad of other services, such as parking fees and fines, recreation programs, building and planning applications and permits, electrical and plumbing permit fees, among others.

Reports from municipal water and sewer utilities demonstrate a wide array of financial impact, with utilities in Plymouth and Conway reporting large decreases in consumption and resulting revenue and other utilities reporting increases due to their residents, who normally are away during the work-day week, working remotely from home. Most utilities surveyed reported an increase in payment delinquencies, which is projected to increase just as property tax collection delinquencies are projected to increase. This will lead to further cash flow issues.

The $32 million allocated to municipalities by the Governor’s Office for Emergency Relief and Recovery (GOFERR) for COVID-related expense reimbursement has significantly helped to offset the large unanticipated costs of responding to the health emergency. However, based on NHMA’s recent survey, the total amount allocated will fall well below the total expenses incurred.

As a result, municipalities have reported many delays, reductions, and even cancellations of capital projects, the closure of municipal facilities and an end to some services. There have been hiring freezes, employee furloughs and layoffs.

At the same time, the demand for local welfare assistance has increased significantly in some communities. In some cases, towns that are located in the areas of our state with high seasonal tourist populations and second home properties have reported large percentages of second home owners establishing permanent residency, which has increased student enrollment and added to increased public assistance and welfare applications. These municipal expenses will likely only increase when the new federal eviction moratorium expires on Dec. 31, when tenants must pay all previously unpaid rent.

Overall, the municipalities responding to the NHMA survey registered strong concerns about the December tax billing collection period, COVID-related expenses, and unknown revenue levels as the pandemic continues and if the federal stimulus money dries up for residents, taxpayers, the unemployed, businesses, and local and state governments.

Further, the impact on each municipality’s property tax base is unknown. Many fear, particularly the larger towns and cities, that as businesses and buildings remain closed, commercial values may decrease significantly, potentially shifting the tax burden within the municipality disproportionately to residential taxpayers.

It is clear the severity of the COVID-related impact varies greatly across the state for many different socio-economic reasons. With the December 30 deadline fast approaching for the “use it or lose it” of CARES Act funding, and with the impacts of the pandemic continuing to unfold and be felt by increasing populations in our state, we strongly urge the U.S. Senate to pass a funding bill to provide much needed additional aid to the state and local governments, which will include flexibility to ensure funds can be targeted to areas of greatest need, along with including an extension of the current CARES Act funding deadline.

Margaret M.L. Byrnes is executive director of the New Hampshire Municipal Association. She lives in Bow. Shaun Mulholland is city manager of Lebanon, where he lives.

NASHUA HAS taken a dark turn and the enemies of free speech and diversity of thought, with the help of Nashua Mayor Donchess, are doing a victory dance on our U.S. Constitution.

Patrick Hynes: Mowers has Pappas on the run

COULD ONE of the swingiest Congressional districts in America swing back to the Republican Party in 2020?

NEW HAMPSHIRE parents and teachers are now more than a month into what can only be described as the strangest school year in New Hampshire history and I think that all of you deserve a round of applause for making it this far!

ALLOW ME to start with a disclaimer. I am a lifelong Republican, voting for every Republican presidential candidate since Richard Nixon, with the exception of 2016 (the reason for that aberration is not important to my present thesis).

Julia Williams: Democracy is not a spectator sport

MY FATHER, John Lynch, first ran for governor of New Hampshire when I was 15 and was in office until I was 23. I have been exposed to politics for a significant part of my life and I’ve always enjoyed being involved in campaigns, but this election feels different. This year, I decided to tak…

Jennifer Horn: Sununu is a strong leader, Trump is not

AS WE TRANSITION into what is traditionally flu season when COVID infections and deaths are likely to continue to increase, it seems like a good time to recap where we are in this pandemic.

I’M DISHEARTENED. Disheartened not because I want to see a conservative or liberal agenda forge ahead in Washington, D.C. more quickly than it can or perhaps should, but rather because our elected officials at the national level in particular seem to have forgotten what it means to be leader…

AS MEDICAL STUDENTS, we are trained to take care of the whole patient. During clinic visits, we ask patients about their social history: housing, occupation, mental well-being, substance use and safety. These questions give us insight into our patient’s health risks, as we know social driver…

OVER THE past two years, it has been my privilege to represent District 11 in the New Hampshire Senate. These last months have been among the most trying times we have faced as a state. When the session began in 2019, no one could have predicted the complications, the devastating loss, and t…

FOR SEVERAL YEARS now our forest products industry in New Hampshire has been in decline. Legislative bills over the past couple of years provided strong bipartisan support to maintain one of our states’ primary industries but the efforts failed the final step.

HYPER PARTISANSHIP, national polarization, party politics bleeding into areas it does not belong, and a dysfunctional congress are no longer the biggest threats to our democracy. The cult like, self-identification of Trumpism is beyond political division and is pulling our nation into fascism.

IN THE INTEREST of full disclosure, let me begin by saying that, although I had no political involvement whatsoever during the nearly twenty-seven years that I served as a judge in New Hampshire, since retiring as chief justice of the New Hampshire Supreme Court a year ago I have entered the…

FOR MANY VOTERS, including some independents and even Democrats, Chris Sununu may appear to be competent and moderate. Many hours of television coverage during this pandemic have given the governor plenty of opportunities to project this illusion. Yet, when we think more deeply about our sit…

MANCHESTER VOTERS should vote “yes” on Question 1 on November 3.

DURING HIS 2016 CAMPAIGN for Congress, candidate in New Hampshire Chris Pappas wore a shirt with a picture of a clenched raised fist with the word “Resist” on it. If you’re a student of history you’ll recognize the symbol, it’s the badge of the Italian communist students group who called the…

Wayne Fuller: Turn down the noise and vote

FEAR AROUND voting seems to be everywhere these days. You hear this fear on social media, the radio, cable TV, in mailings, and in emails you receive. Some claim that the election is rigged. Others are concerned that the election is going to be stolen. Still others fear that mail-in ballotin…