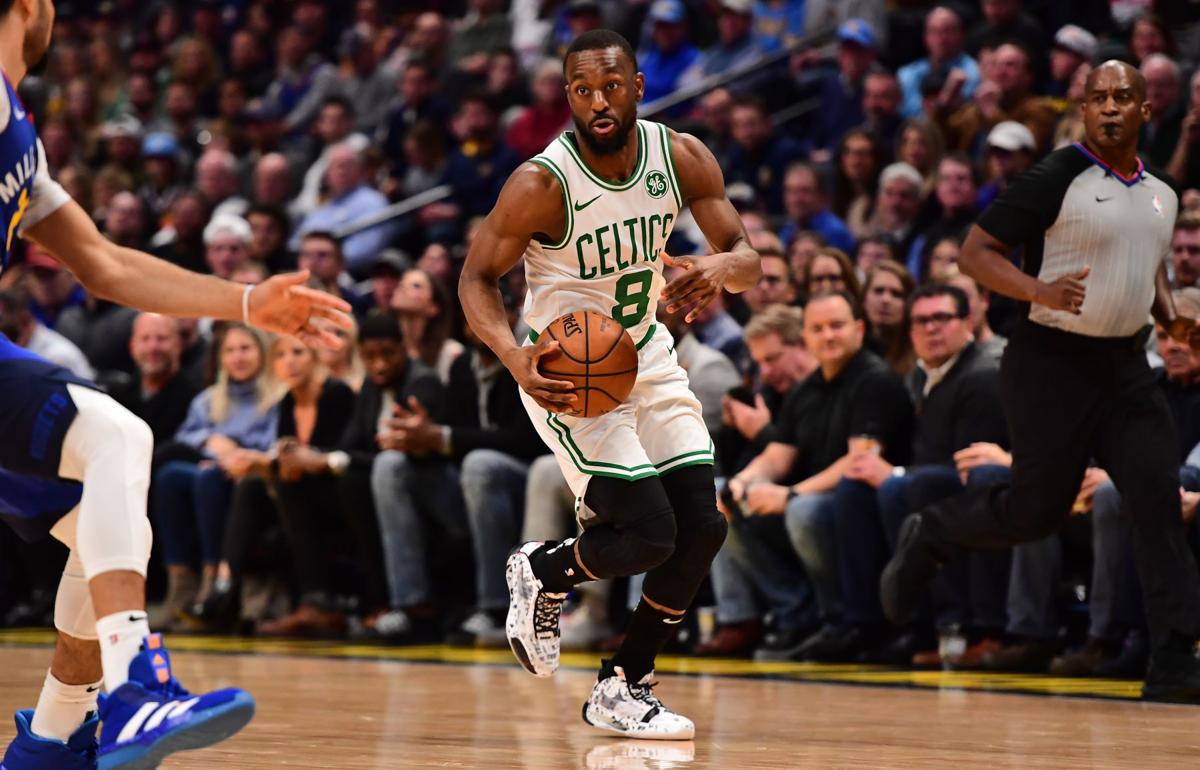 Boston Celtics guard Kemba Walker (8) drives to the basket in the second quarter against the Denver Nuggets at the Pepsi Center. 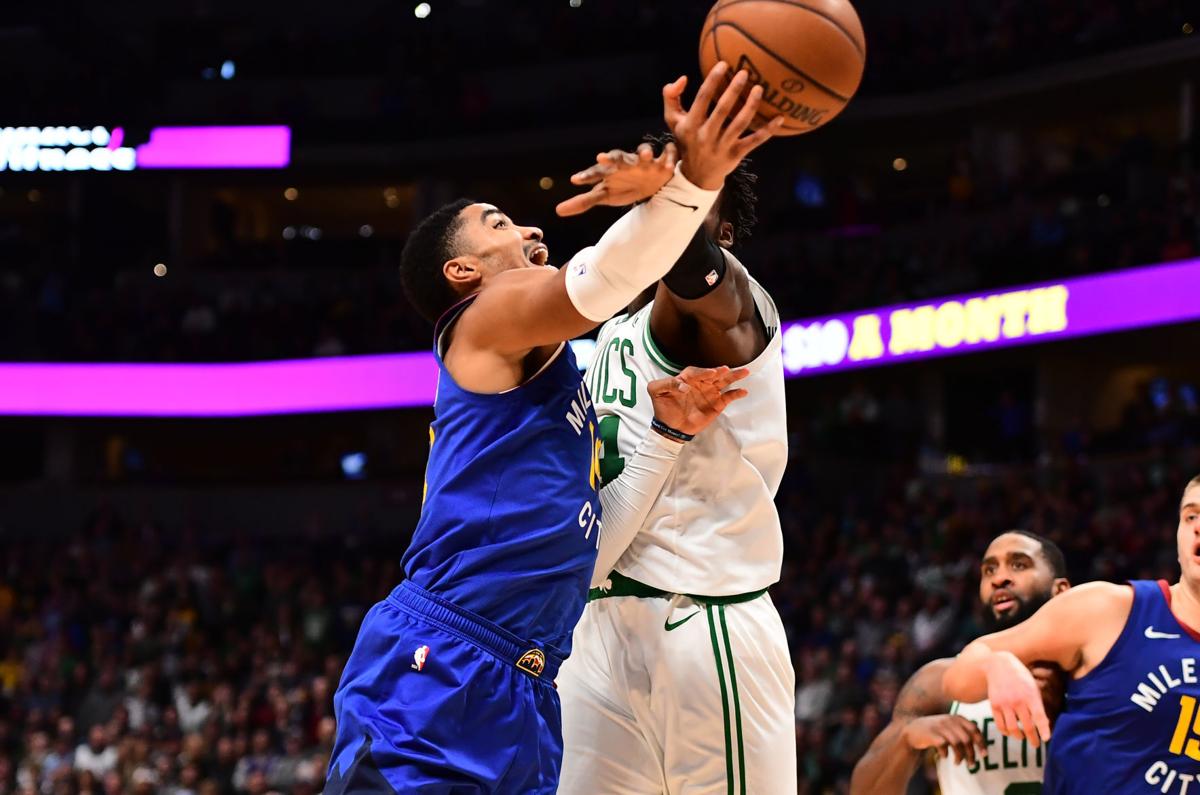 Boston Celtics center Robert Williams III (44) fouls an attempt by Denver Nuggets guard Gary Harris (14) in the second half at the Pepsi Center.

Boston guard Kemba Walker was taken off the court on a stretcher with a possible neck injury during the second quarter of the Celtics' Friday night road game against the Denver Nuggets.

The Celtics later announced that Walker was diagnosed with "concussion-like symptoms" and was en route to a local hospital for further evaluation.

After the Nuggets emerged with a 96-92 win, Boston coach Brad Stevens said scans run on Walker at halftime found no significant damage.

Stevens added, "I saw him in the ambulance at halftime that took him to the hospital, and he was -- he had his wherewithal, and in pretty decent spirits, which was good, obviously. ... It was good to get at least early reports of good news."

The Celtics were on defense when Walker attempted to steal the ball. He had his head down and slammed head first into the stomach of teammate Semi Ojeleye. The contact jolted Walker's neck with 3:13 left in the half.

Walker lay motionless for a few minutes and paramedics put a neck brace on him before he eventually was removed from the floor.

The 29-year-old veteran is in his first season with the Celtics, averaging 22.6 points, 4.9 rebounds and 4.8 assists in 14 games before Friday. He spent his prior eight seasons with the Charlotte Bobcats/Hornets, earning three All-Star selections.

In the game, Boston fell behind by 19 points in the third quarter but cut the deficit to one three times in the fourth quarter.

"To come back in that game on the last day of a trip after seeing Kemba go down in Denver, against that team and give us a chance to win, they're warriors," Stevens said of his players.

Nuggets coach Michael Malone said postgame, "(I want) Kemba Walker to know that we're thinking about him. What a scary, scary situation. ... Kemba's a quality, quality person, hell of a player, and most important, we hope he's OK."