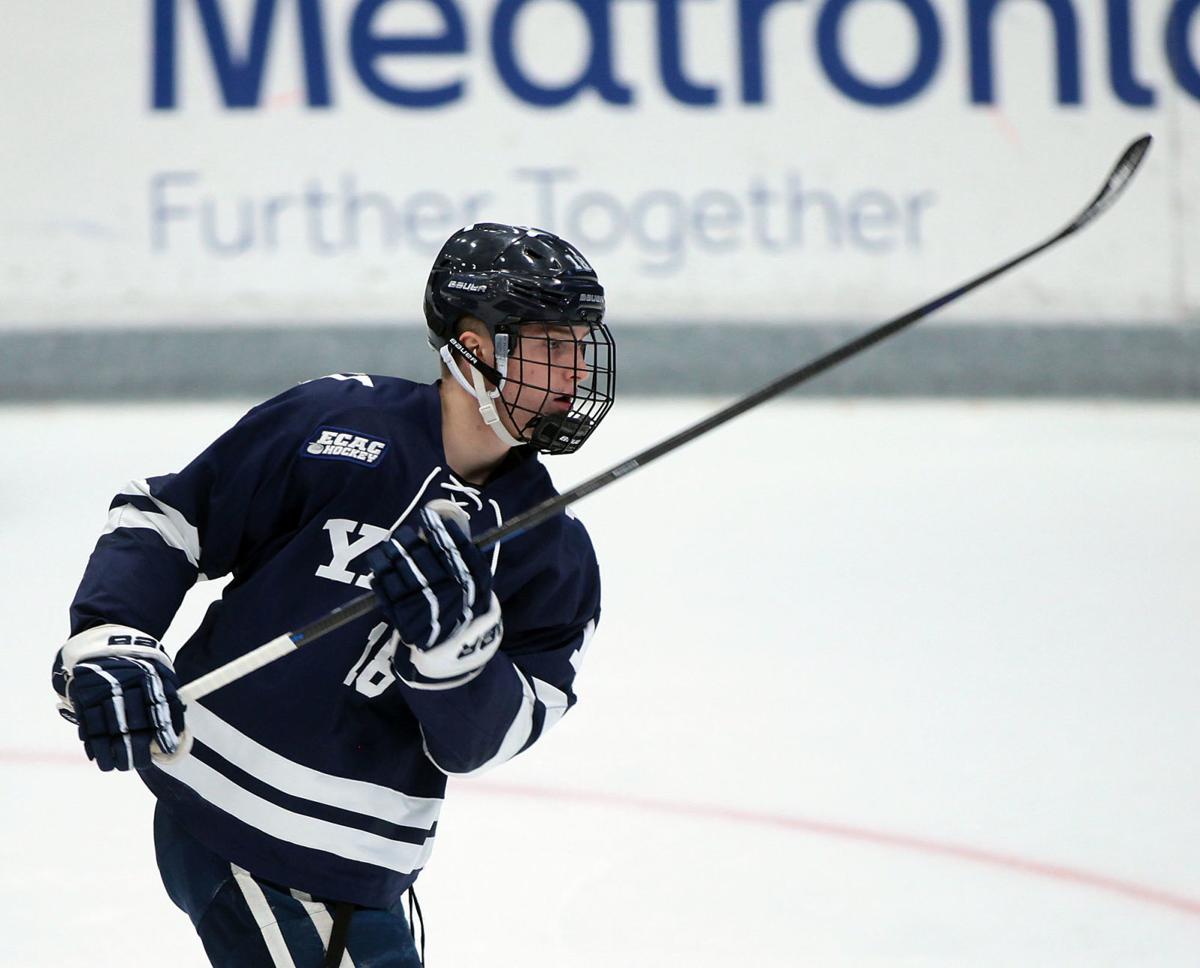 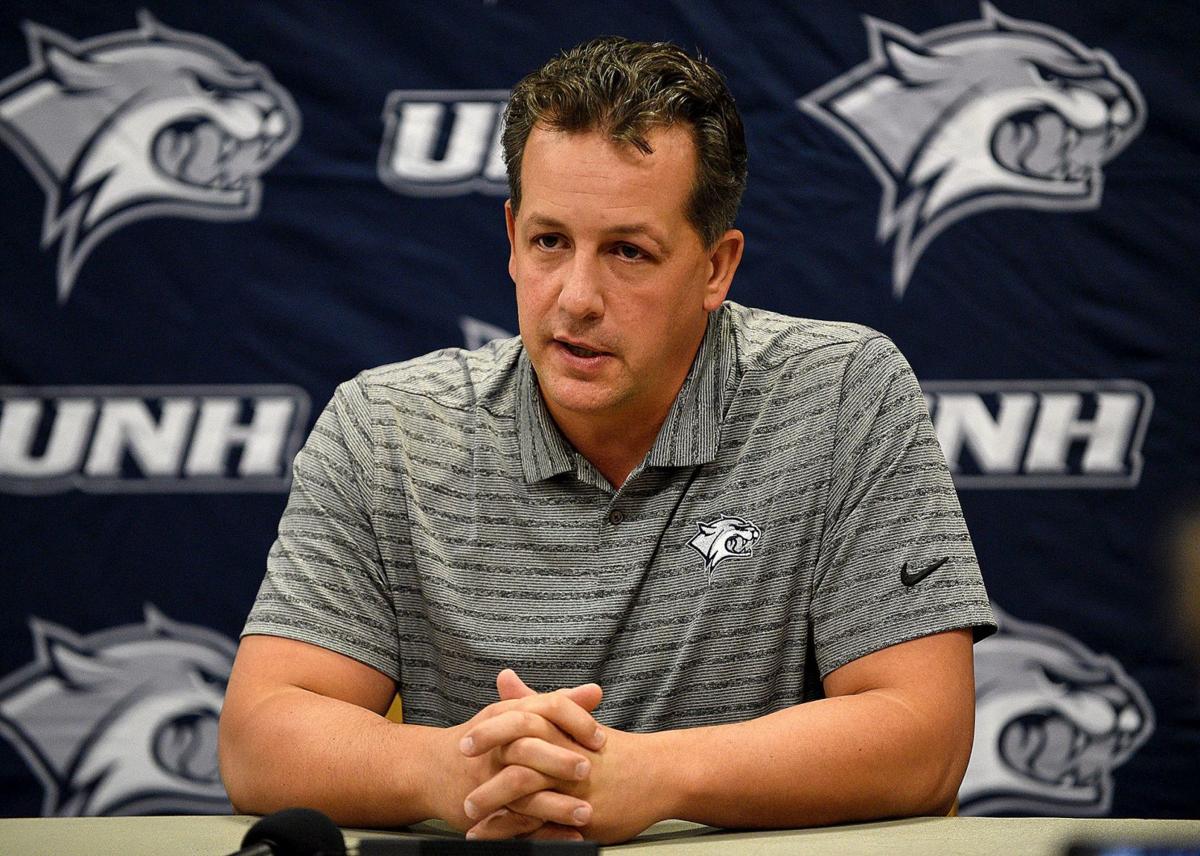 University of New Hampshire men’s hockey coach Mike Souza said his team will face tough competition this weekend but its biggest adversary is not on the opposing bench.

The Wildcats’ most daunting opponent this season has been themselves.

UNH (8-8-1) will host Ivy League and ECAC members Yale (5-7) Friday and Brown (3-10) Saturday at the Whittemore Center in its final two non-league games. Both games begin at 7 p.m.

“We’ve got a tough opponent Friday but our toughest opponent is inside the four walls of our locker room,” Souza said. “We’ve proven this year we can be a very good team at times and we’ve proven we can be an average team.”

The Wildcats are coming off a 5-4 loss at Army West Point in front of a sold-out crowd of 2,614 at Tate Rink Sunday. UNH took a 4-3 lead into the third period, surrendered two power-play goals, including Michael Wilson’s game-winner that came with 9:52 remaining, and mustered two shots on goal over its three power-play opportunities.

“The Army game, I thought, for us was real disappointing,” Souza said. “I thought that we weren’t detailed enough. We weren’t hard enough on the puck. We were easy to play against and special teams let us down as well.”

Souza said special teams has been an area of focus for the team during practice this week. The Wildcats’ power-play percentage (20.9) ranks third in Hockey East and their penalty-kill percentage (75) is second-to-last in the 11-team league.

UNH has surrendered 12 goals on the penalty kill and scored four power-play goals over its past 10 games. The Wildcats went a combined 0-for-7 on the man advantage in their most recent three games.

Souza said the Wildcats’ penalty-kill unit needs to improve on faceoffs and do a better job clearing the puck.

“We’ve been owned in the faceoff dot this year, especially on the PK,” Souza said. “If you win a faceoff and clear the puck, you’re lopping 20 seconds off the clock. When you lose the faceoff, you’re defending right away. ... We haven’t done a great job clearing the puck. I’m confident in our group to turn it around — the guys that we rely on to kill penalties.

“We’ve got to coach it better and execute better — both the power play and penalty kill.”

The Wildcats will get a boost up front if sophomore forward Jackson Pierson returns to the lineup this weekend.

Souza graded Pierson, who has missed UNH’s past eight games with an upper-body injury, as questionable for this weekend. If Pierson does not return against Yale or Brown, Souza expects the forward back for the Wildcats’ Jan. 11 home game against No. 12 Northeastern.

“To date, we haven’t had our intended full lineup during any of our games this season,” Souza said. “Jackson Pierson, I think, is a guy who people who follow our team closely understand how valuable he is to our team.

“At times, we’ve had guys step up and have great efforts. At times, we’ve been average and it’s my job to make sure that we eliminate as much average from our game as possible.”

Souza expects both Yale, which has won three straight, and Brown, which has lost five straight, to have a high compete level and be motivated to earn a road win over a Hockey East team. When Souza served as an assistant on Brown coach Brendan Whittet’s staff from 2011-13, he said games against Hockey East teams were highlighted bouts.

“For us, it’s about UNH — doing things we do when we’re playing well: playing transition, being detailed in our game, hopefully having a good weekend on special teams,” Souza said. “Both will be tough games but every night is a tough night now in college hockey. Our focus is on the guys inside the walls of our locker room.”

Homecoming for Pearson, Beaudoin this weekend

Both Yale and Brown will bring New Hampshire talent with them when they visit Durham this weekend.

Brent Beaudoin, a senior forward from Londonderry, has registered five points (two goals, three assists) over 13 games for Brown. Beaudoin notched the game-tying goal and added an assist the last time the Bears played at UNH, a 4-4 tie on Jan. 6, 2018.

The Big Green (6-4-2, 4-2-1) came back from a two-goal deficit by scoring the game’s final three goals en route to its 4-3 victory over Connecticut in the final of the 31st edition of the tournament Sunday.

Carter Turnbull scored twice over the first 5:22 of the third period to give the Huskies a 3-1 advantage. Dartmouth responded with goals from Drew O’Connor, Sam Hesler (power play) and Quin Foreman over the game’s final 13:11. Foreman, a junior forward, notched his unassisted game-winning goal — his second of the game and third of the tournament — with 3:34 remaining.

“He can really rip the puck,” Dartmouth coach Bob Gaudet said of Foreman to the school athletic department’s website after the game. “He kind of looked the defenseman and the goalie off like he was going to pass it and then shot back the other way. He was second on our team in scoring as a freshman and led it as a sophomore, but still not a lot of people know about him.”

The tournament crown marked Dartmouth’s first since the 2015-16 season and eighth overall. The Big Green, who received votes in this week’s U.S. College Hockey Online poll, opened the tournament with a 5-2 triumph over Colorado College last Saturday.

O’Connor was named this week’s ECAC offensive player of the week while Adrian Clark was chosen as the conference’s goaltender of the week. Clark allowed five goals and made 70 saves over Dartmouth’s two Ledyard Classic victories, earning the tournament’s most outstanding goaltender award.

Cam Boudreau, a defenseman from Salem, recently left the Quinnipiac men’s program and is now skating with the Sioux Falls Stampede of the United States Hockey League.

Boudreau left the Boston Junior Bruins of the National Collegiate Development Conference and joined Quinnipiac last December halfway through the Bobcats’ 2018-19 season. After playing in 22 games last year, he did not make an appearance for the Bobcats this season before leaving the program.

Also playing in the USHL this season is Bedford resident and UNH verbal commit Alex Gagne. The 17-year-old defenseman logged five points on a goal and four assists over his first 18 games for the Cedar Rapids RoughRiders this season.

The NH College Hockey column runs Thursdays during the season. Alex Hall can be reached at ahall@unionleader.com.