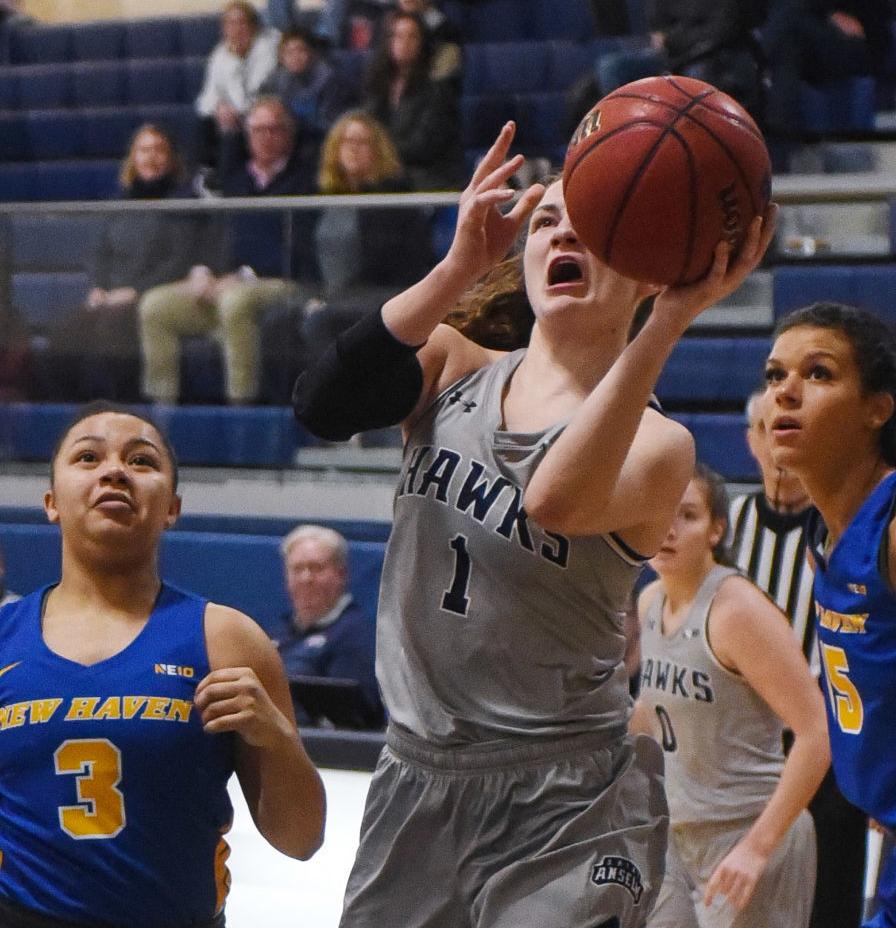 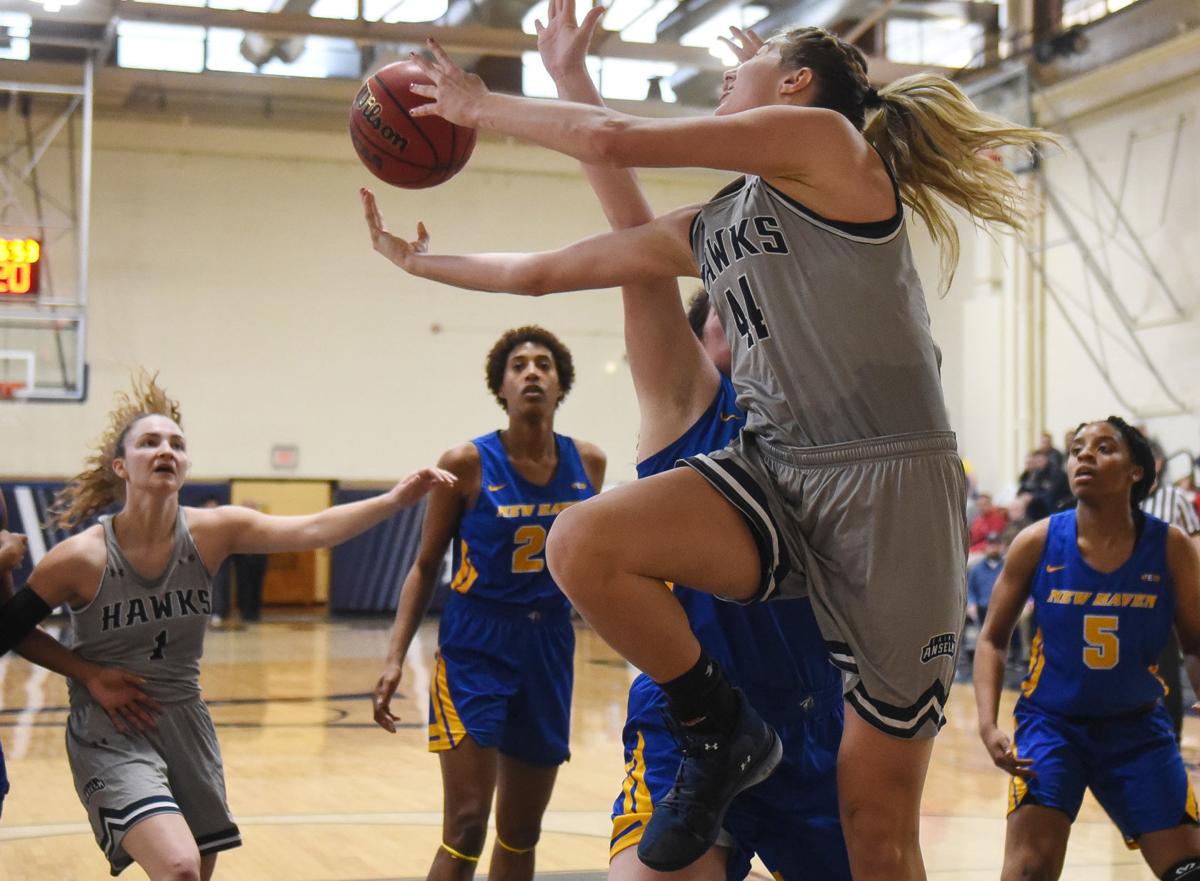 Saint Anselm’s Shannon Ryan tries to save the ball from going out of bounds during Sunday’s NE-10 quarterfinal against New Haven. 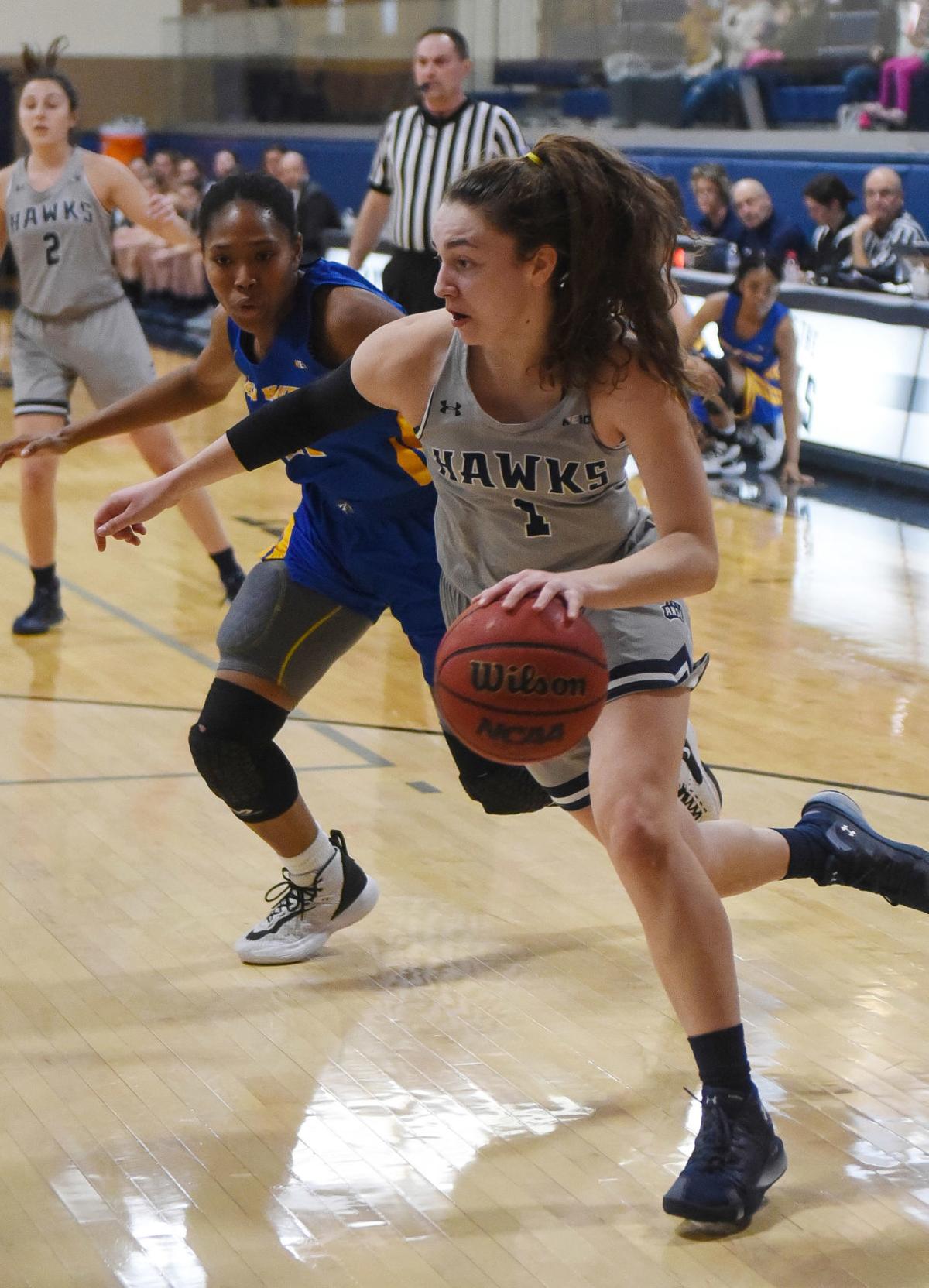 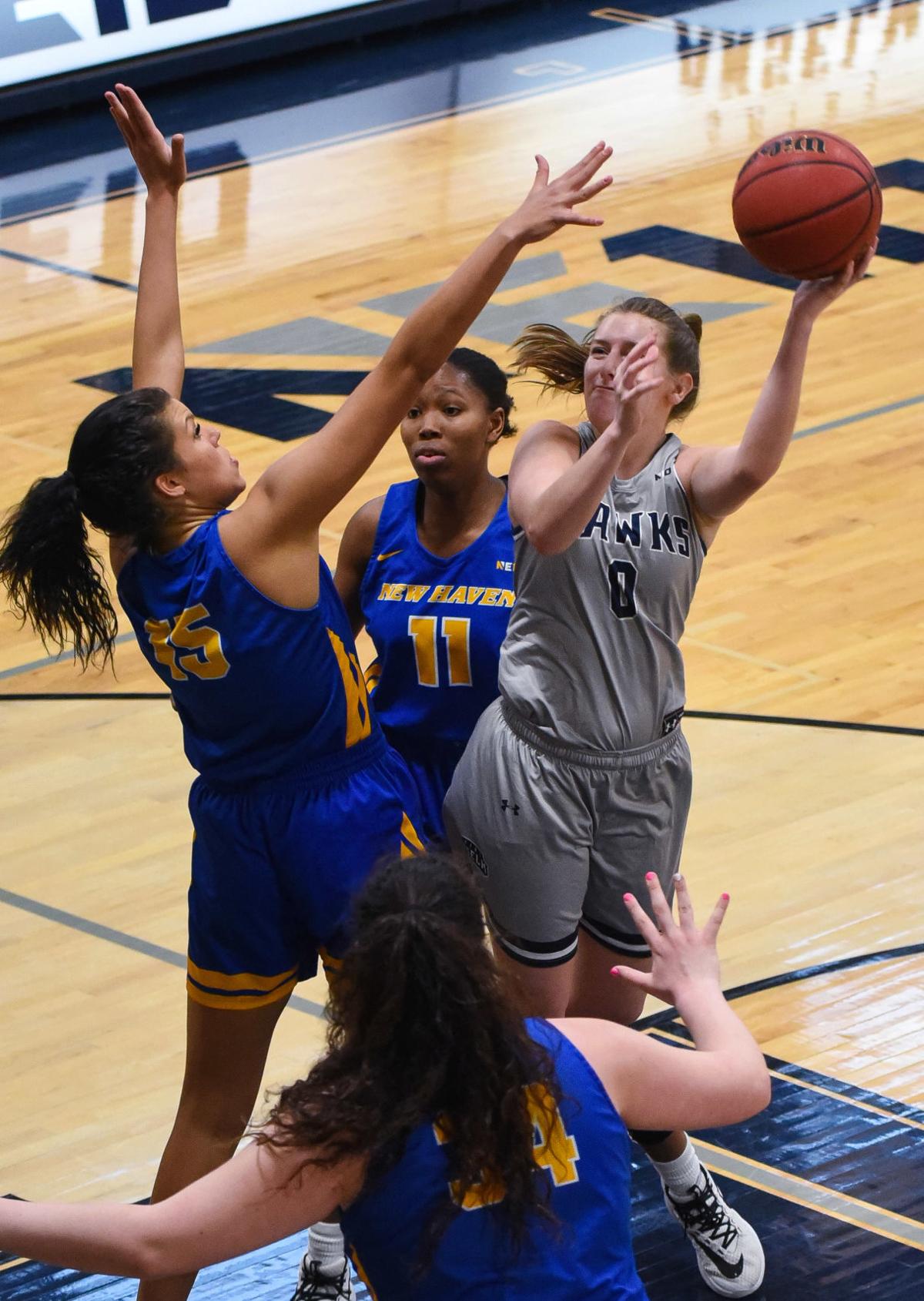 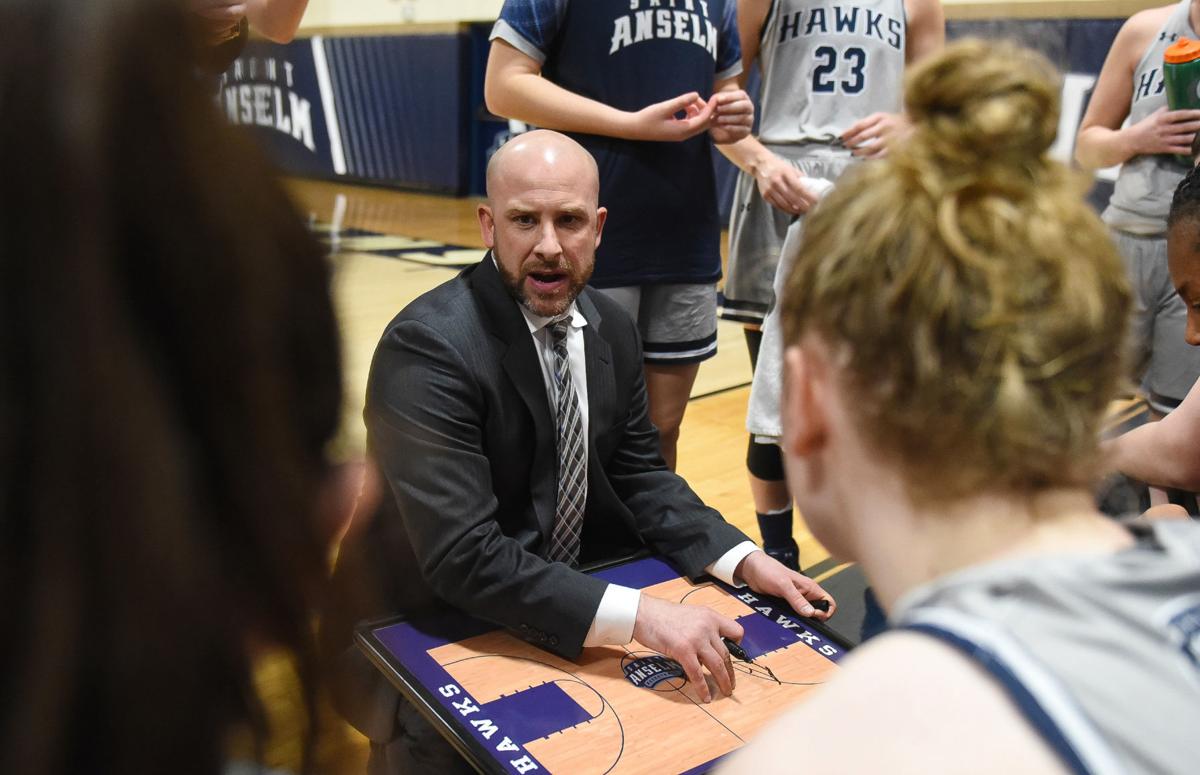 Saint Anselm’s Shannon Ryan tries to save the ball from going out of bounds during Sunday’s NE-10 quarterfinal against New Haven.

GOFFSTOWN — After controlling the first half, the Saint Anselm College women’s basketball team got a bit of a wakeup call from New Haven in the third quarter of Sunday’s Northeast-10 quarterfinal matchup.

But the Hawks provided the final response in a 55-44 victory at Stoutenburgh Gym.

The Chargers outscored the Hawks 20-11 in the third to tie the game at 35-35 entering the fourth. But Saint Anselm countered with a 7-0 run, punching its ticket to the league semifinals on Thursday night at Adelphi, which beat SNHU in another quarterfinal on Sunday.

“We talked pretty much through the media timeouts and the timeouts in the third about continuing to get stops because they defend well and they’re good at taking away what we’re good at,” Saint Anselm coach Corey Boilard said. “We made some adjustments and I thought we did a better job in the fourth of coming over and helping our guards contain them a little bit better.

“We got some real necessary stops, and then we got some timely baskets,” Boilard added.

Peyton Steinman scored a game-high 20 points to lead Saint Anselm, while Shannon Ryan controlled the paint with 15 points and 17 rebounds.

Saint Anselm, the No. 2 seed from the Northeast Division, improved to 20-6 overall.

“New Haven is a great team and we knew they were going to come out gunning,” Ryan said. “We just tried to stay composed and we knew that if we stuck to our game plan it would work. We’re really just proud of how we played.”

New Haven (18-9; No. 3 from the Southwest Division) trailed 26-19 early in the third quarter when a layup by Aurora Deshaies started a rally that eventually brought the Chargers to within two, 29-27. Deshaies gave New Haven a brief lead before a layup by Jenoyce Laniyan tied the game at 35-35 entering the fourth.

The Hawks nursed a 42-41 lead early in the fourth when Laniyan drained a jumper, Ryan grabbed a rebound and finished it on the other end, and Steinman hit a 3-pointer to extend the lead to 49-41 with 4:45 left in regulation.

“I thought Jenoyce, Peyton and Shannon came up with some timely baskets,” Boilard said. “It was a really good collective team effort today and that’s what you have to have. Our last three games against them are games where we really had to grind it out.”

New Haven grabbed early control in the first quarter with a 6-2 lead, before a layup from Durham’s Sara Messler began a 14-0 run to end the quarter that was capped off by a Steinman bucket to give St. Anselm a 16-6 lead entering the second. The Hawks held a 24-15 halftime lead.

“A lot of the credit today went to my teammates who gave me the ball in positions to be successful, and it was a lot of fun today and we’re excited to continue,” Ryan said. “We’re in a really good spot and hopefully we can show it again in the next game.”

GOFFSTOWN — There was never a worry in the minds of the players of the Saint Anselm College men’s basketball team, even though the Hawks enter…