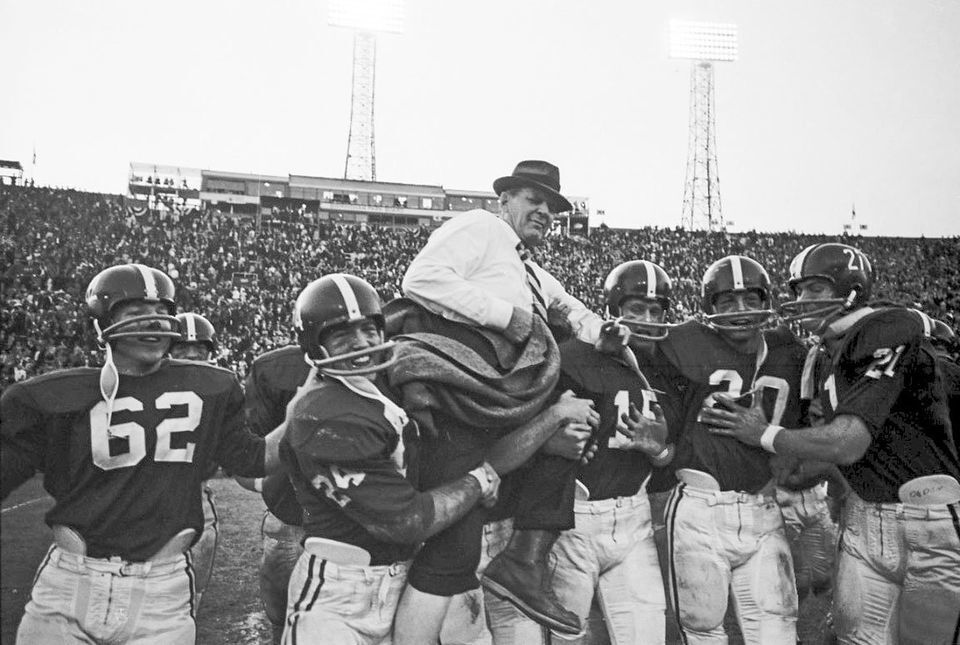 Legendary Alabama coach Bear Bryant is hoisted on the shoulders of his team after completing an undefeated regular season in 1964. 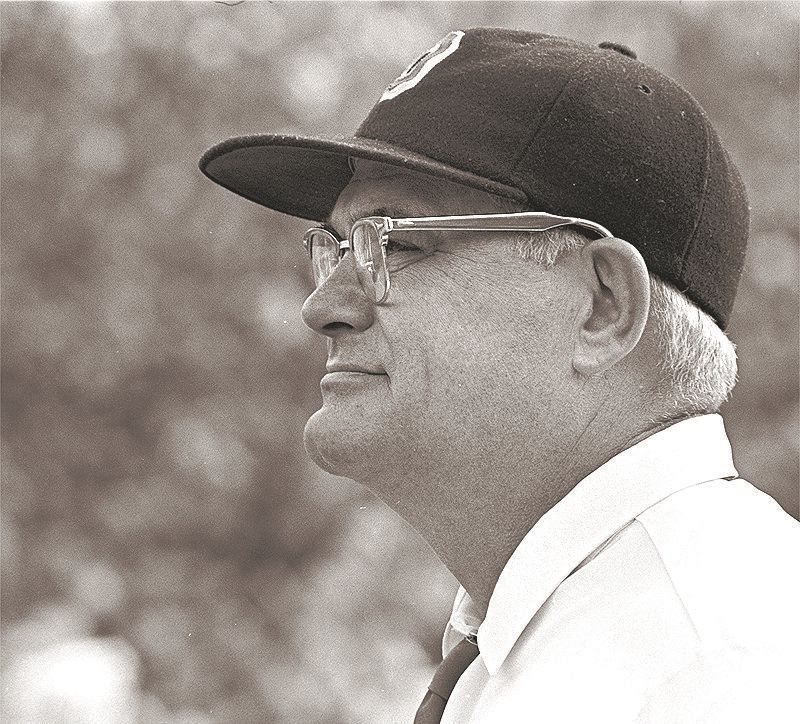 Legendary Alabama coach Bear Bryant is hoisted on the shoulders of his team after completing an undefeated regular season in 1964.

ALABAMA and Ohio State meet for the College Football Playoff National Championship on Monday night, and there are many ways we could compare the two teams.

Do we break it down position-by-position, or Alabama’s offense vs. Ohio State’s defense and so on? That all seems kind of boring, to be honest.

The Crimson Tide and Buckeyes have played only four times in their history, with only the Sugar Bowl meeting in the College Football Playoff semifinals after the 2014 season having a direct impact on the national championship race. Ohio State won 42-35, then beat Oregon for the national title a little more than a week later.

Alabama won the other three meetings, 38-6 in the 1978 Sugar Bowl, 16-10 in the 1986 Kickoff Classic and 24-17 in the 1995 Citrus Bowl. That first win is a bit controversial, as the Crimson Tide looked poised to claim the national championship for 1977 before Notre Dame — which had beaten top-ranked Texas earlier in the day — jumped ahead and finished No. 1 in the final polls.

Beyond that, the historical significance of Alabama playing Ohio State is that there is little-to-no history between them.

What about a deeper comparison between the two programs? You know, the really important stuff in college football, like “history” and “tradition.”

Here are how Alabama and Ohio State stack up in 10 categories that won’t necessarily affect the outcome of Monday night’s game:

2. Conference dominance: Alabama has 28 conference championships, more than double the next-highest (13 by Georgia and Tennessee). The Crimson Tide won eight out of nine SEC titles from 1971-79 and have won five out of seven since 2014. Alabama won its most-recent meeting with every SEC school, and hasn’t lost to an SEC East team since 2010. Ohio State does not have the most Big Ten championships, with its 39 behind Michigan’s 42. However, the Buckeyes do have the most outright Big Ten championships with 24 (Michigan has only 16). Ohio State won 10 out of 12 Big Ten titles from 1968-79, and has won the last four in a row. The Buckeyes have two active Big Ten “losing streaks,” dropping their most-recent games vs. both Purdue and Iowa. Advantage: Alabama

3. Iconic coach: Alabama has Paul “Bear” Bryant, who stayed in Tuscaloosa for 25 years, won 13 SEC titles and six national titles, and retired as the winningest coach in major-college football history (since surpassed). Ohio State has Woody Hayes, who stayed in Columbus for 28 years, won 13 Big Ten titles and five national titles. Bryant has the edge in winning percentage (.824 to .760), though it could be argued that the Big Ten was tougher during some of those years than the SEC was. Still, Bryant never had a losing season at Alabama, whereas Hayes had two at Ohio State (1959 and 1966). Bryant also never punched an opposing player during a game. Advantage: Alabama

4. Other iconic coach: Alabama has Nick Saban, who has very nearly equaled Bryant’s national championship total in a little more than half the time. He’s lost a total of 23 games in 14 seasons, six of those in his first year. He’s won 169 games, seven SEC titles and five national titles and built arguably the most dominant recruiting machine in college football history. Who would be Ohio State’s second greatest coach behind Hayes? Urban Meyer went 83-9 in Columbus, won a national title and beat Michigan every year, but stayed only seven years. Paul Brown won a national championship in 1942, but was gone to the pros after just three years. Advantage: Alabama

5. Iconic players: Alabama three Heisman winners, all of them in the last 12 years. The Crimson Tide has produced 80 consensus All-Americans over the years. Some of the greatest players in NFL history played for the Crimson Tide, including John Hannah, Don Hutson, Dwight Stephenson, Derrick Thomas and Ozzie Newsome. More recently, Alabama has Derrick Henry, Julio Jones, Marlon Humphrey and Tua Tagovailoa. Ohio State has seven Heisman winners (including the only two-time Heisman winner), though none since 2006. The Buckeyes have produced 87 consensus All-Americans. Among the all-time NFL greats from Ohio State are Paul Warfield, Orlando Pace, Jim Marshall, Cris Carter and Eddie George. More recently, Ohio State has Ezekiel Elliott, Michael Thomas and the Bosa brothers, Joey and Nick. If we had to pick one player to represent each school, it would probably be Joe Namath for Alabama and two-time Heisman winner Archie Griffin for Ohio State. Namath has the “cool” factor and the better NFL career, while Griffin was much more impactful in college, which is really what we’re talking about here. Advantage: Ohio State

7. Rivalry game: Alabama has the Iron Bowl vs. Auburn, which in the last decade-plus has gone a long way toward determining both the SEC and national championships. It’s also contained within one state, which means fans have to literally live and work together the entire year. Ohio State vs. Michigan has probably been the more impactful rivalry over the years, but the Buckeyes’ recent dominance — seven straight wins — has removed some of the shine. And it’s also an inter-state rivalry, which means fans can avoid each other if they really want to. Advantage: Alabama

8. Marching band tradition: Alabama’s Million Dollar Band has the “Rammer Jammer” to rub it in after a convincing victory. But nothing beats The Ohio State University Marching Band “Dotting the I” before every game. Noted college football pundit Beano Cook was once discussing rock n’ roll music with some colleagues, who asked “Beano, who’s your favorite band?” He replied “Ohio State.” That’s good enough for me. Advantage: Ohio State

9. Mascot: Brutus the Buckeye vs. Big Al the elephant. No one really cares that much, but Ohio State’s mascot actually matches its team nickname. Advantage: Ohio State

10. Uniforms: Alabama has rarely wavered over the years from its iconic crimson helmets with numerals on the side, crimson-on-white at home and white-on-white on the road. Ohio State’s silver helmets with Buckeye decals and scarlet and gray colors are awe-inspiring in their own right. But when it came time to face undefeated Penn State in a top 10 showdown in 2017, Ohio State walked out with a gray uniform and black helmet atrocity. That’s an automatic loss. Advantage: Alabama

So there you have it, Alabama wins this “scientific” competition by a margin of 6-4. That won’t matter when the Crimson Tide and Buckeyes tee it up on Monday night, but then it won’t not matter, either.