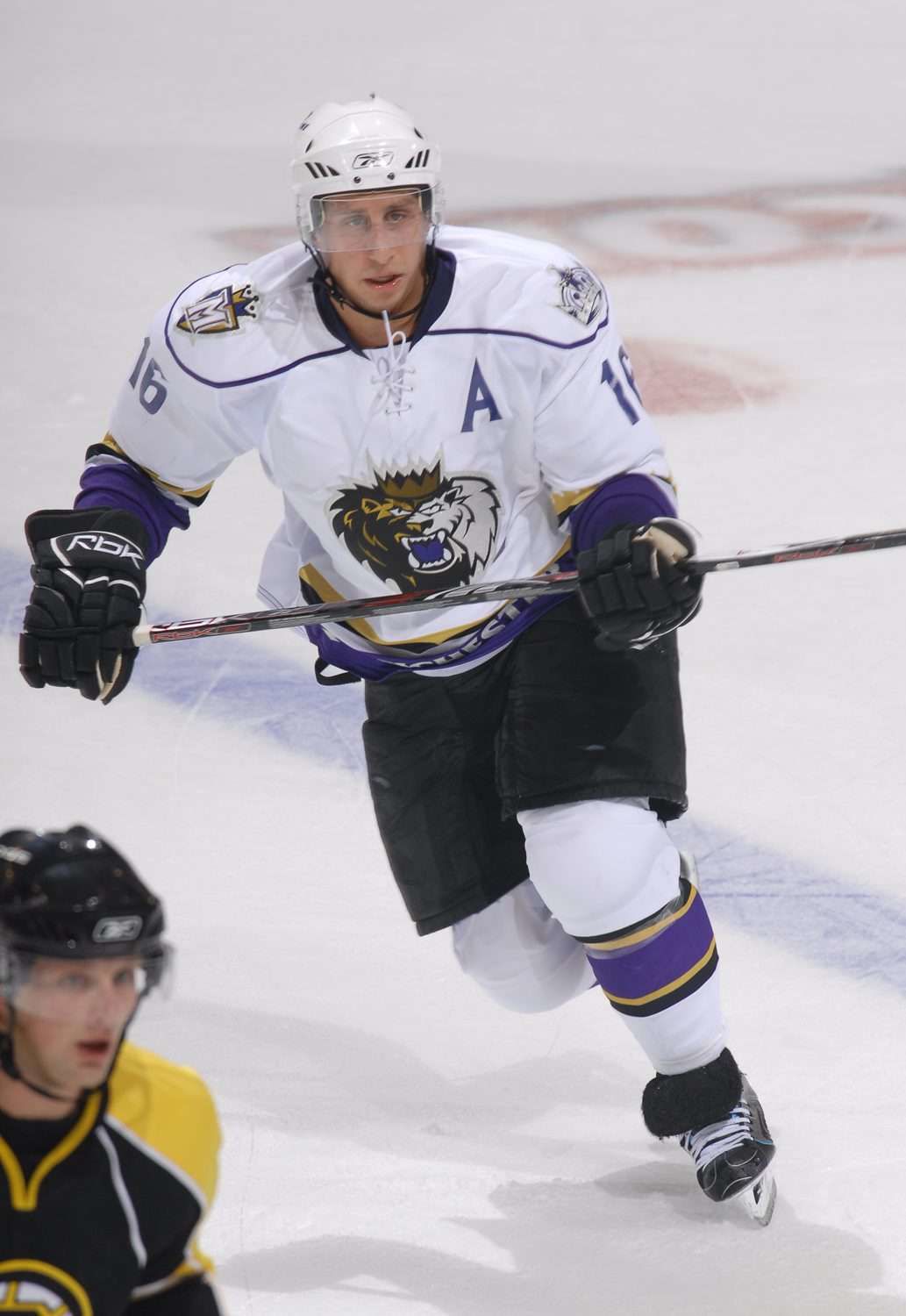 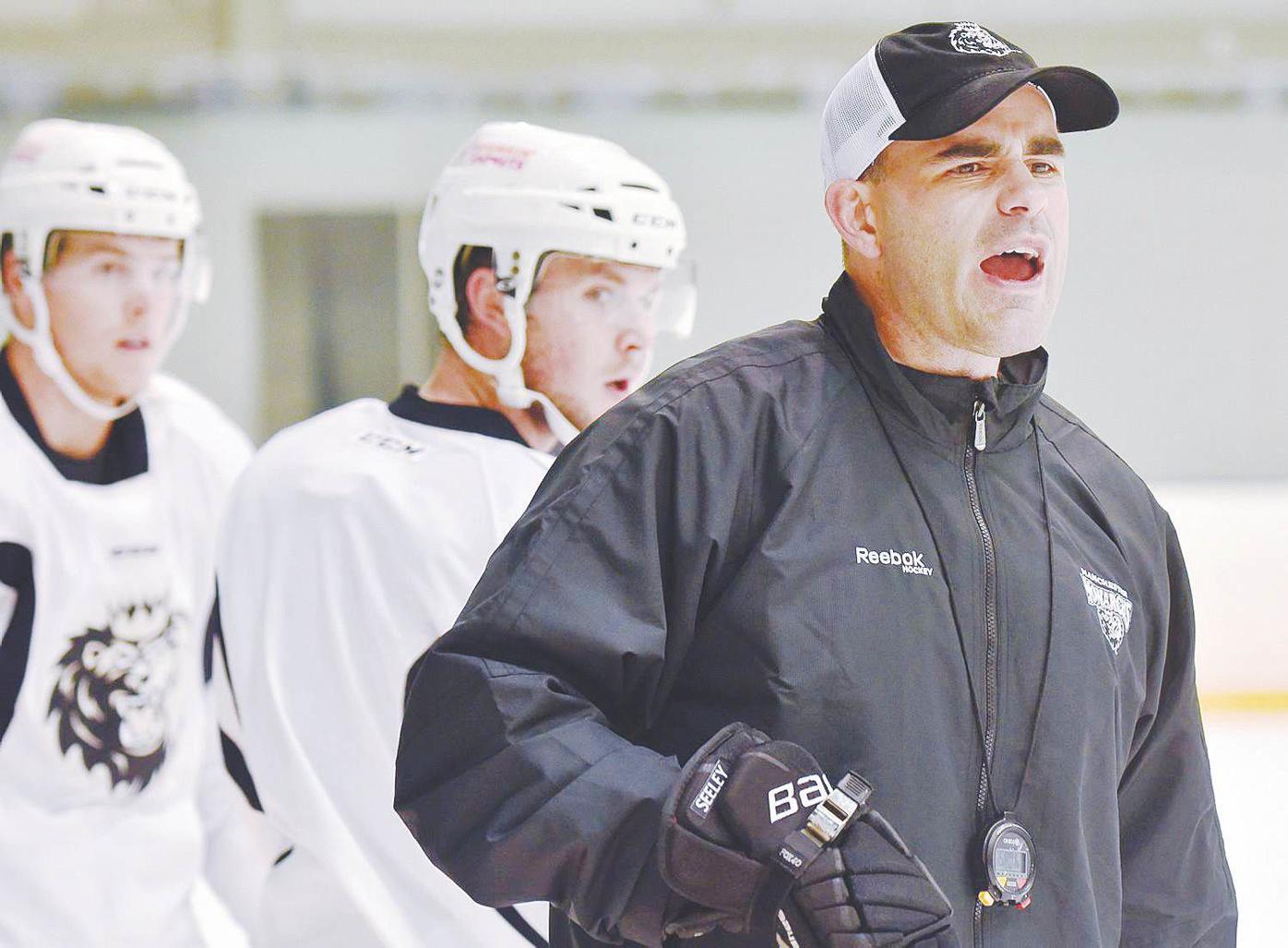 NASHUA NATIVE Jeff Giuliano remembers regularly playing in front of 10,000 fans and the energy they created inside SNHU Arena during his six American Hockey League seasons playing for the Manchester Monarchs.

But after an ECHL season in which they averaged a franchise-low 2,458 fans per game, the Monarchs announced last Wednesday that they will cease operations after 18 years in the Queen City. During its AHL tenure, Manchester led the league in attendance during the 2002-03, 2003-04 and 2005-06 seasons.

“It was the best place to play in the American Hockey League,” Giuliano said of the arena during his playing career. “You couldn’t get a ticket.”

Giuliano, who played for the Monarchs from 2002-08, is one of a number of former players who would not be where they are personally or professionally without their time in Manchester.

Giuliano spent his entire North-American professional career with the Los Angeles Kings organization and got his first coaching gig with the Monarchs. The Boston College product played in 101 NHL games for Los Angeles between the 2005-06 and 2007-08 seasons.

Giuliano, 39, retired in 2015 due to concussions after spending the final seven seasons of his career playing in Europe. After hanging up his skates, Giuliano served as an assistant coach with the ECHL Monarchs from 2015-18 under friend and former Manchester teammate Rich Seeley. Neither Giuliano nor Seeley had any prior coaching experience entering the franchise’s inaugural ECHL season in 2015.

Giuliano, who now lives in Manchester with his family, was in charge of the defensemen and penalty-kill unit over his three seasons on Seeley’s staff. He now has the same duties as an assistant coach with the University of New Hampshire men’s hockey team.

The Monarchs qualified for the playoffs in each of their four ECHL seasons — the first three while led by Seeley and last year under coach Doug Christiansen. In its AHL history, Manchester made the postseason in all but one campaign (2008-09).

Before Seeley, 40, coached the Monarchs for three ECHL seasons, he played in 249 AHL games with Manchester over two stints. The two-time Monarchs captain moved to New Hampshire around 2005, living in Manchester, Bedford and Merrimack before becoming general manager of the Kings’ AHL affiliate, the Ontario (Calif.) Reign, last summer.

Seeley, who played for the Monarchs during their inaugural 2001-02 campaign, has fond memories of the relationships he and his fellow players built within the greater Manchester community, something he emphasized as the ECHL team’s coach.

“The main thing for me was the way the community rallied around the team, especially those early years, and how involved in the community (the team was),” Seeley said. “It was a fun, special, great time.”

Seeley and Giuliano remember getting to know fans during meet-the-players events and autograph signings that would last for three hours. Seeley witnessed that kind of support at the Monarchs’ inaugural home game.

After opening the season with 13 road bouts, the Monarchs won their first ever home game on Nov. 16, 2001, defeating Seeley’s former team, the Lowell Lock Monsters, 3-1, in front of a sellout crowd of 10,057 fans.

“I remember the energy and atmosphere in the building, the music that would play to start games,” Seeley said of his playing days. “I can still see it now fairly visibly.”

Giuliano said it meant so much to play for a team with a passionate fan base and thanked the Monarchs’ fan club for all it did for the players and franchise.

“I still might see them at the grocery store,” Giuliano said of Monarchs’ fans. “They still recognize me and I recognize them. It went beyond hockey. You grew relationships and built relationships with the people that were supporting you.”

Another former Monarchs captain, David Kolomatis, also set down roots in New Hampshire. The Livingston, N.J., native, who served as Manchester’s captain each of its final four seasons, and his wife own a home in Bedford.

During his ECHL tenure with Manchester, Kolomatis said he learned more about all the moving parts that go into an organization. He also earned a public relations and advertising bachelor’s degree from Penn State University during his second stint with the franchise.

“It was a much more personable experience the second go-round because I didn’t feel like I was chasing (the NHL dream) but just living in the moment,” Kolomatis said. “As much as I hated not chasing something anymore, I enjoyed the experience from a different perspective.”

Like Giuliano and Kolomatis, Vegas Golden Knights defenseman Colin Miller began his professional career in Manchester. Miller played for the Monarchs for two AHL seasons and was part of the Calder Cup-winning 2014-15 team. After Miller helped Manchester hoist its only league title, the Kings traded him to the Boston Bruins before the 2015-16 season.

Manchester won the AHL regular-season title with a 50-17-6-3 record before defeating the Utica Comets in five games in the best-of-seven Calder Cup Final. Miller registered 52 points (19 goals, 33 assists) for Manchester that season.

The Kings flip-flopped their minor-league affiliate teams in Manchester and Ontario in January 2015, with both franchises retaining their original names.

“I think it kind of developed over the season,” Miller said in a 2015 interview with the Union Leader regarding the Monarchs’ potential to win the Calder Cup during their 2014-15 campaign. “The team was clicking there pretty early and when that does happen, you think more about that end goal and get more excited about it. We were excited all year to get in the playoffs and see what we could do.”

Giuliano said easily his favorite campaign playing for the Monarchs was 2004-05, when the NHL cancelled its season due to a lockout and many of the league’s players spent the year in the AHL. The Monarchs hosted the AHL All-Star Classic that season.

“I had never played in the NHL yet and that whole season was a dream season for me,” Giuliano said. “To play with all those guys in the NHL, that’s when I realized I actually think I can play in the NHL.”

Kolomatis played in the Monarchs’ final home game, which was at The Rinks at Exeter on May 3 because SNHU Arena hosted Monster Jam that weekend. Kolomatis scored the game’s first goal on a power play and Manchester defeated the Newfoundland Growlers, 2-1 in overtime, in Game 5 of the ECHL North Division Finals.

“The place got loud,” Kolomatis said. “It’s tough to see that will be the final home game in history but the fans that came to that game were every bit as loud and enthusiastic about being there as I’ve ever played in front of. It was not an ideal situation but at the end of the day, it was a lot of fun.”

“It’s unfortunate there’s not going to be a team anymore,” Giuliano said. “It’s a great city and a great hockey city and the Monarchs have done so much for me.”