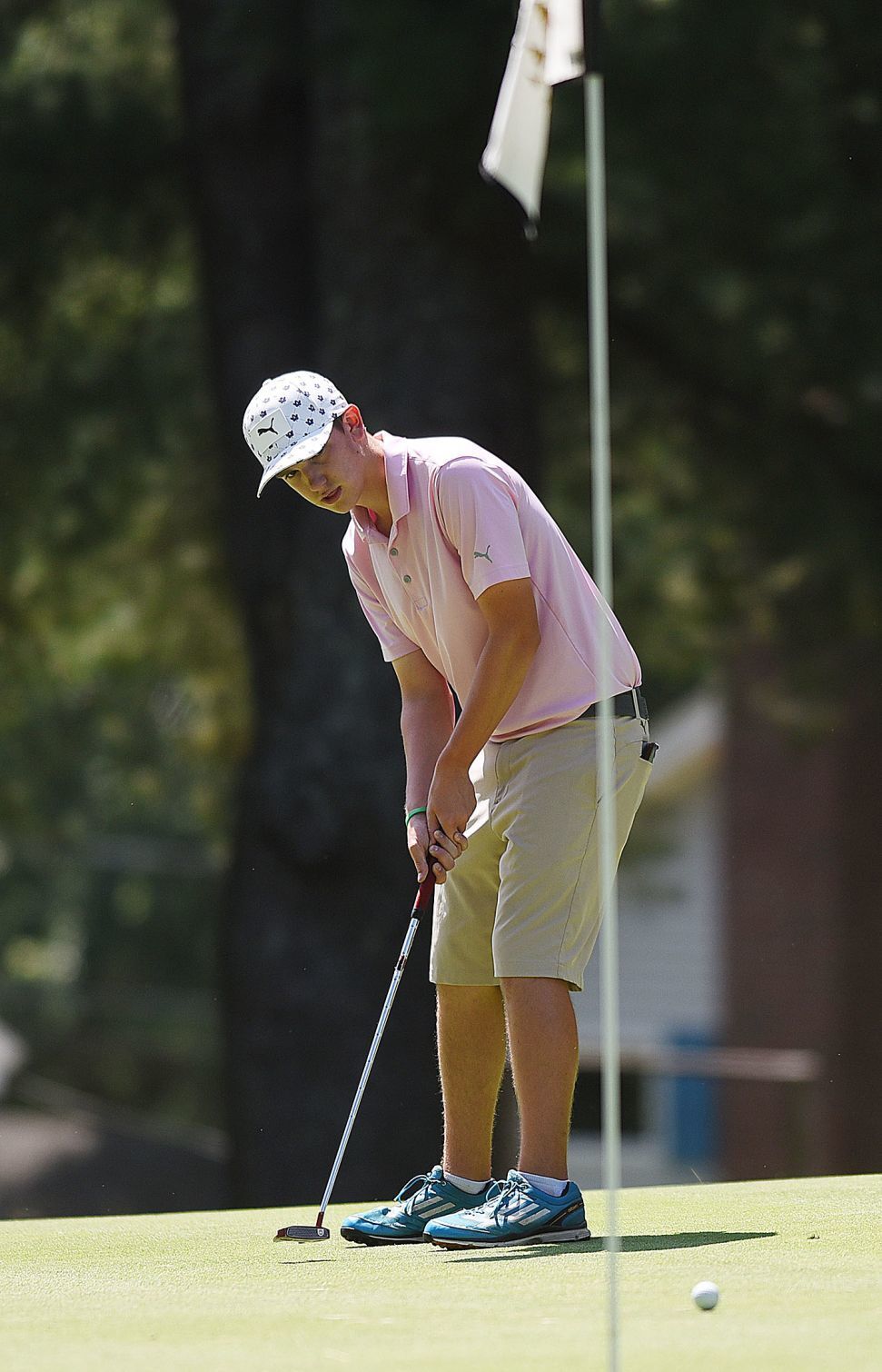 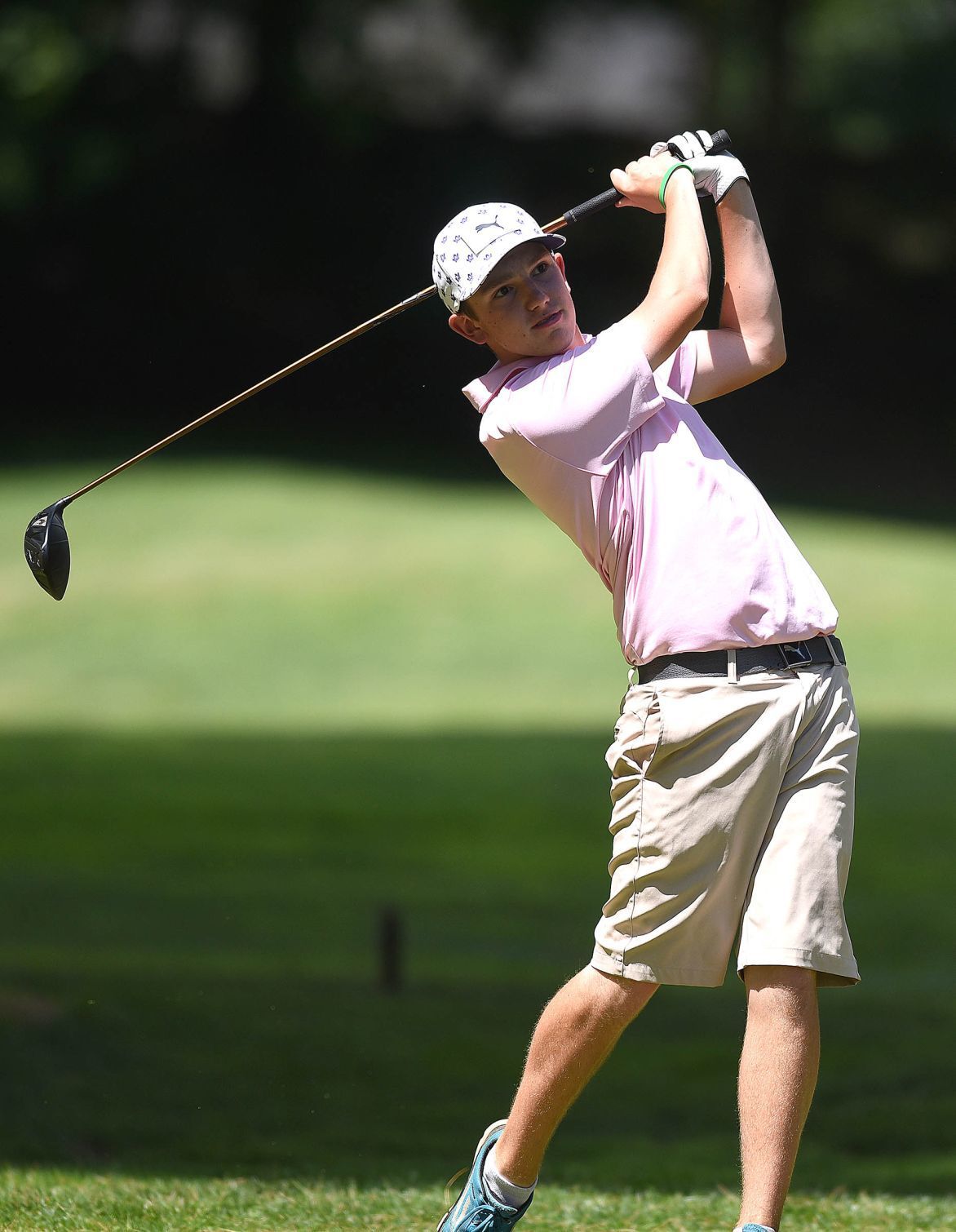 Bryce Zimmerman of Nashua Country Club tees off during the 2019 Mike Ryan Memorial Tournament at Derryfield Country Club in Manchester on July 16, 2019. 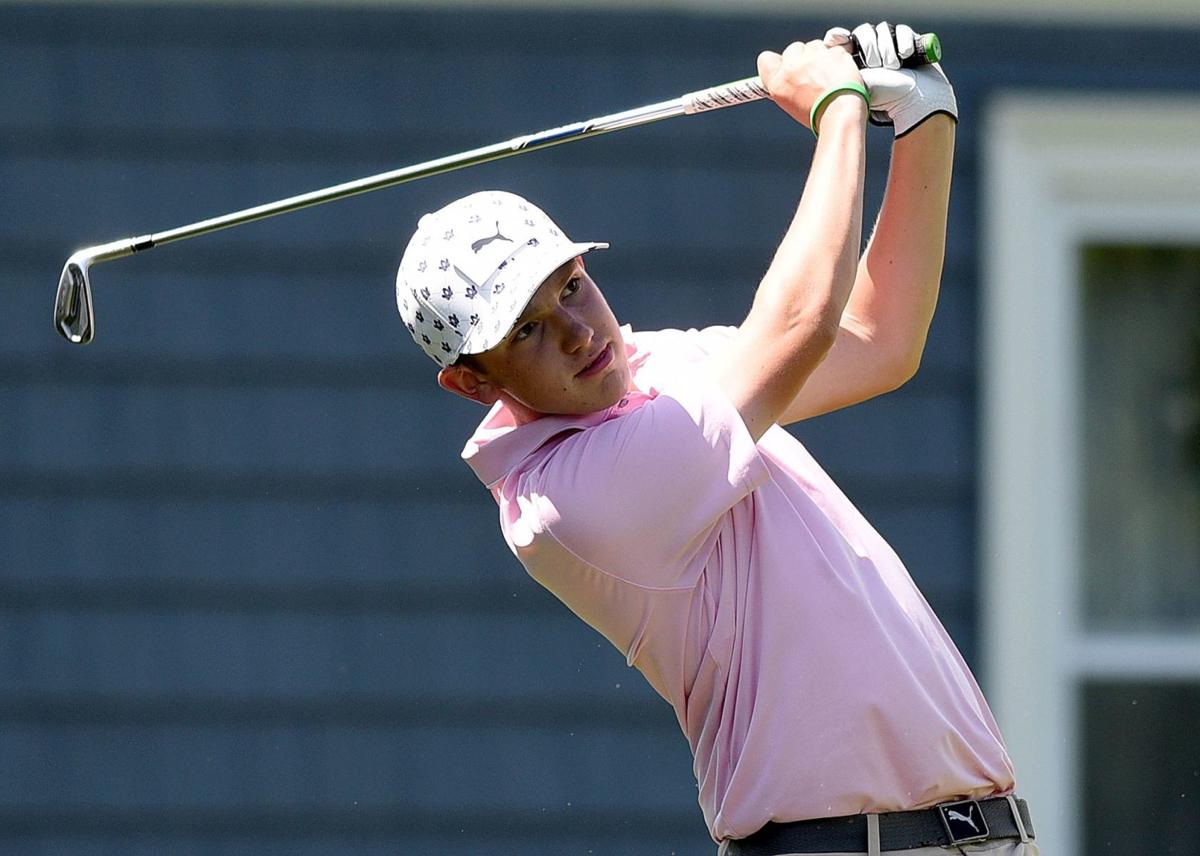 Bryce Zimmerman of Nashua Country Club tees off during the 2019 Mike Ryan Memorial Tournament at Derryfield Country Club in Manchester on July 16, 2019.

THE 2020 NHIAA golf season could end in unique fashion.

Nashua North senior Bryce Zimmerman has won the last two Division I individual championships. If he wins a third, he will join an exclusive group.

“I’m aware of it,” Zimmerman said, when asked if he knew only two golfers have won the individual championship in three consecutive years. “I have the trophy in my house. I look at it often. I know what’s at stake.”

If not for a double bogey on the back nine at Portsmouth Country Club in the NHIAA individual tournament during his freshman year, Zimmerman might already have three titles. He ended up losing that tournament by one stroke to Bedford’s C.J. Ladue.

Zimmerman, 17, beat Ladue by four shots to win the Division I title in 2018, and then forged a comeback to win last year’s Division I championship at Beaver Meadow CC. Zimmerman trailed by four shots with 16 holes to play, but had a stretch where he made six birdies in seven holes and prevailed by two strokes. Hanover’s Jack Meehan and Salem’s Evan Desjardins tied for second.

“I went on one of the best runs I’ve ever had,” Zimmerman recalled.

Zimmerman said he played in nearly 20 tournaments this summer. He won an NHGA one-day event at Lake Sunapee CC, and set the competitive course record (a 7-under-par 64) en route to a victory at a one-day tournament at Hooper GC in Walpole.

He also competed in the NHGA Amateur Championship, which was held at Nashua CC, his home course. Despite opening the tournament with an uncharacteristic 77, he followed that up with a 68 and qualified for match play. Austin Fox eliminated Zimmerman in the Round of 64 in a match that went two extra holes.

The NHIAA golf season, which typically begins in mid-August, kicked off Friday. The individual tournament is usually 36 holes played over two days, but has been reduced to one round this year. It will be played Oct. 13 at Mount Washington Resort Golf Club.

Desjardins, who won this year’s NHGA Junior Championship, Timberlane’s Jack Pepin and Exeter’s Will Ducharme are among those who could prevent Zimmerman from winning a third consecutive individual title.

“I’ve played the (Mount Washington) course once,” Zimerman said. “I also caddied for my father when the state tournament was there (in 2015). I know the course, I just haven’t played there in a while. I’d love to get up there for a practice round.

“We could be playing in the snow.”

Future sites for the New Hampshire State Am:

In addition, the 2021 New Hampshire Open Championship has been set for Manchester CC.

Chris Friedman and Bob Solitro each made a hole-in-one at Concord CC’s 16th hole this week. Friedman aced the hole on Monday with a 9-iron. Her playing partners were Brian and Heather Smith, and Griffin and Braden Smith. Solitro found the hole with an 8-iron Thursday, while playing with Steve Mulligan, Phil Wise and Steve Caccia.