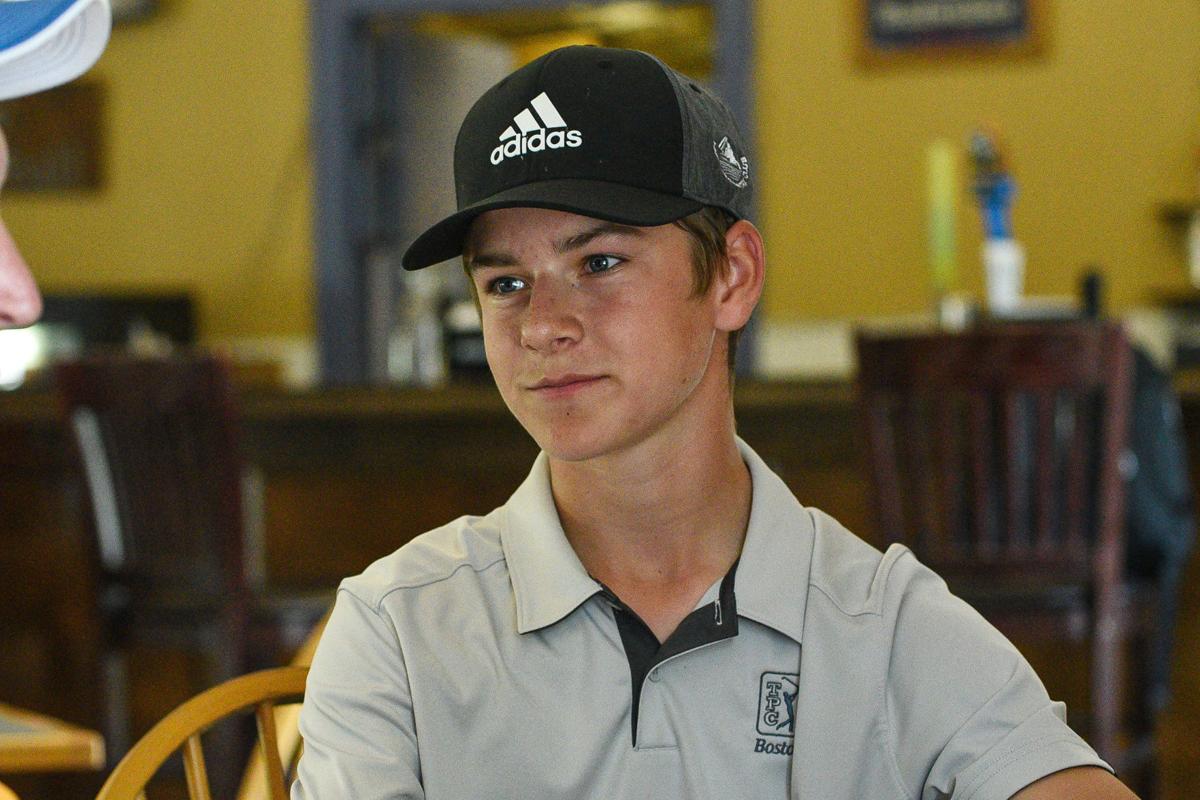 Evan Rollins, shown after his round on Tuesday, shares the lead after two rounds of the NHGA Junior Championships at Beaver Meadow Golf Course. 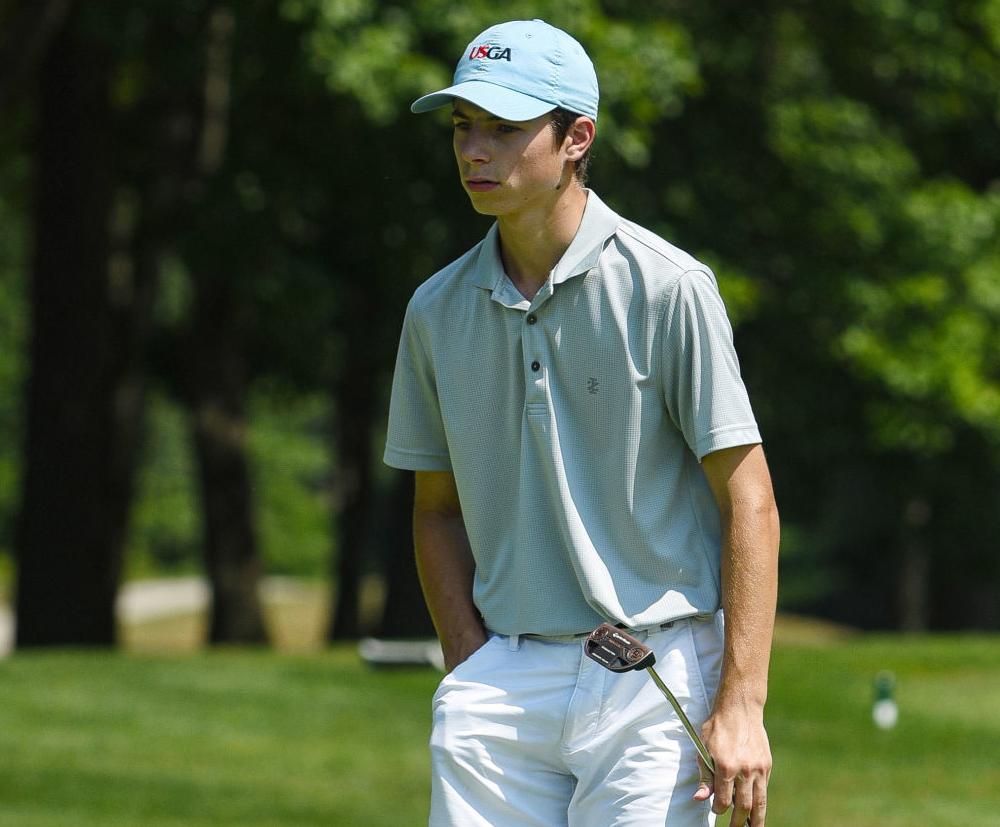 Evan Rollins, shown after his round on Tuesday, shares the lead after two rounds of the NHGA Junior Championships at Beaver Meadow Golf Course.

CONCORD — There was a goaltender at the top of the leaderboard after the first day of the New Hampshire Golf Association’s Boys’ Junior Championship, and another goalie earned a share of the lead after Tuesday’s second round.

Evan Rollins, a 14-year-old Laconia resident, shot an even-par 72 at Beaver Meadow Golf Course on Tuesday and his two-day total of 148 moved him into a three-way tie for first place heading into the tournament’s final round Wednesday.

“My driving was pretty consistent and pretty solid, so I was able to hit most greens,” Rollins said. “I’m decent at hockey, but I’m probably better at golf. (My dad) being the pro probably made me want to go out and play a little more and get better. I started playing competitively last year and in the last year I’ve improved a lot.

“I’ll probably have to be even — even or under (Wednesday). I think I can do that if I play well.”

Atkinson resident Mathew Gover, who will be a goaltender on the Tabor Academy hockey team next season, had a two-shot lead after shooting a 1-under-par 71 during Monday’s opening round, but shot a 78 Tuesday. He made a double bogey, a par and two bogeys on his final four holes Tuesday.

Gover’s two-round total of 149 puts him in sole possession of fourth place.

“Just not good all around,” Gover said. “Gonna have to go low (Wednesday).”

The field will be divided into three flights for Wednesday’s final round. There are 16 golfers in the championship flight, 12 in the first flight and 12 in the second flight. The first group is scheduled to tee off at 7 a.m. Wednesday.

Dougherty overcame a slow start Tuesday to shoot 32 on the back nine and finished with an even-par 72. Pepin came in at 73 Tuesday after opening the tournament with a 75.

Pepin, 15, lives in Plaistow and will be a junior at Timberlane Regional High School in the fall. His highlight Tuesday came on the par-4 15th, where he chipped in for birdie.

“It’s probably going to take something under par (today) to have a chance,” Pepin said. “I’m just going to go out there and do my thing.”

Dougherty, a 14-year-old Jackson resident, missed three par putts that were within three feet on the front nine Tuesday. He opened the tournament with a 76 on Monday.

“I was striking the ball solid, I just was pretty bad from a short distance putting,” he said. “After shooting 40 on the front nine I knew I had to gather myself and go low on the back nine to give myself a chance (today). I started putting a lot better.”

Dougherty, who will be a freshman at Kennett High School in Conway, made five of his six birdies on the back nine. He said it may take a round that’s under par today to win the championship flight.

“To be safe I’m going to try to go low,” Dougherty said. “If I shoot around even (today) I think I’ll have a good chance.”