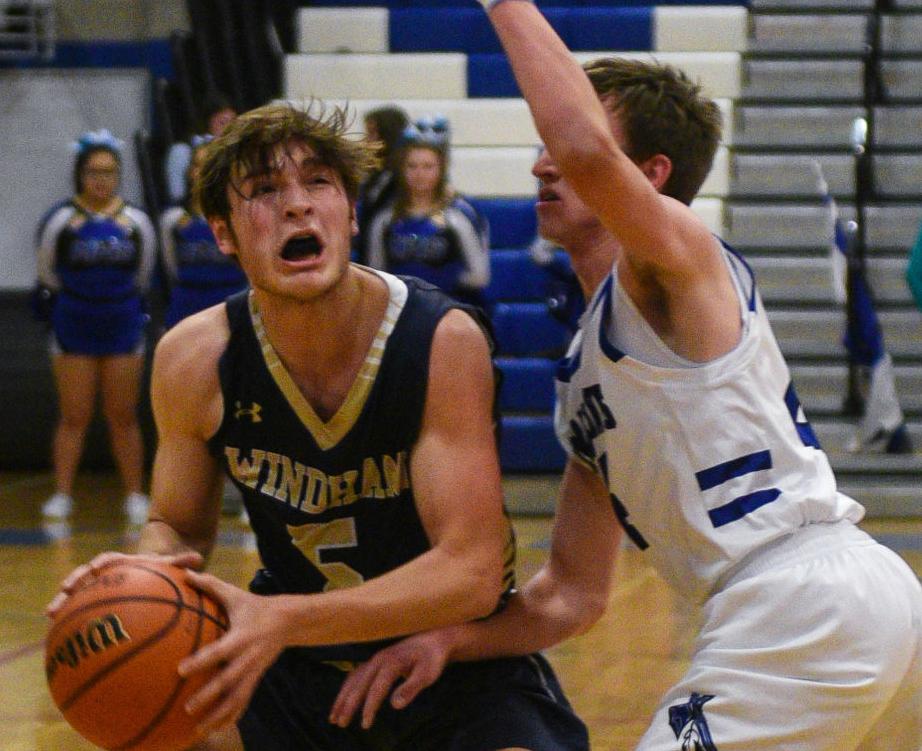 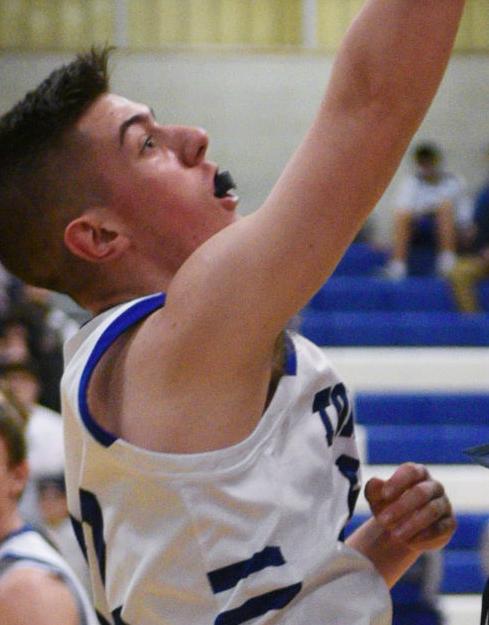 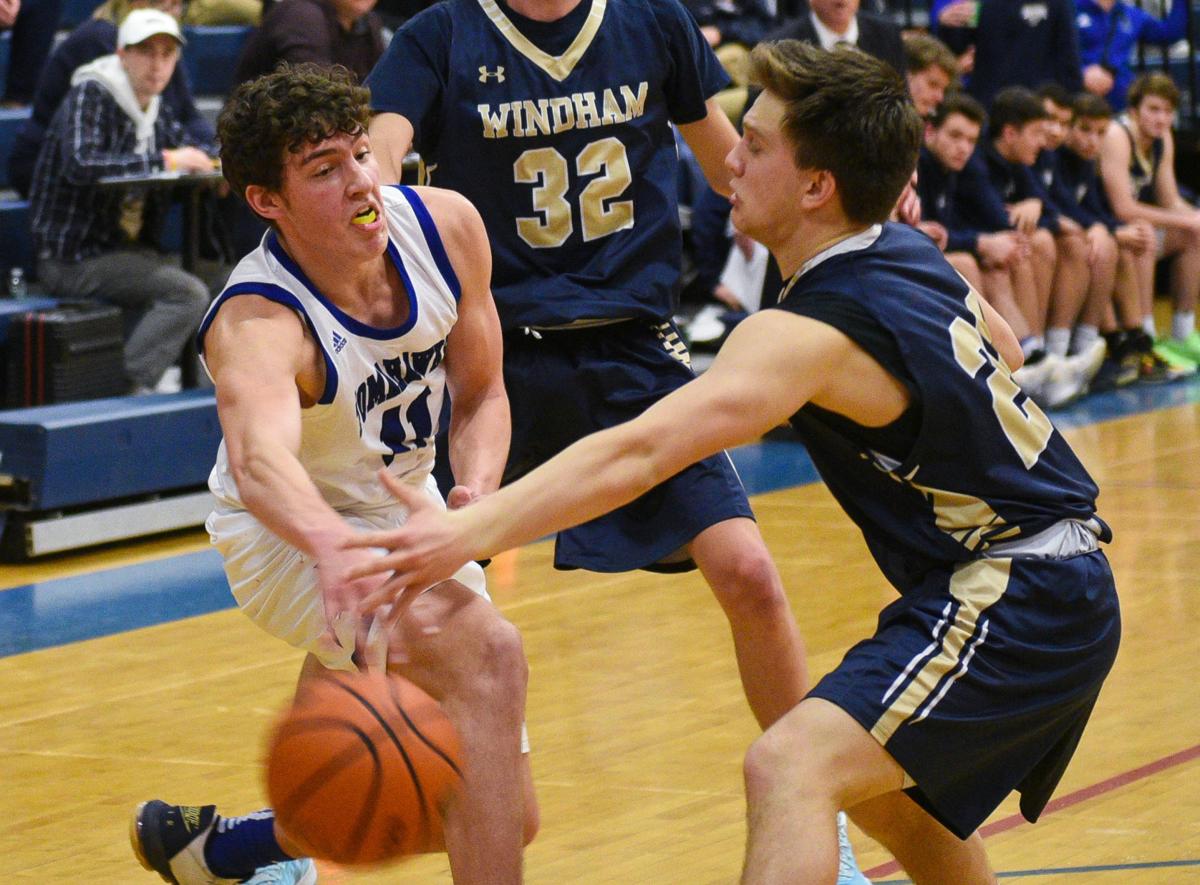 MERRIMACK — The old adage regarding a team’s start versus its finish was in full effect for the Windham High boys’ basketball team on Tuesday.

The Jaguars were high on themselves with a hot start out of the gate against Merrimack, but a mid-game lull and grind made the finish much more important in a 46-38 Windham win. The Jaguars (4-1) clung to a two-point lead with 1:12 to play before Riley Desmarais and Joey DaSilva combined for a 6-for-6 effort from the line to hold off the Tomahawks (3-2).

“This is four in a row and three on the road,” second-year Windham coach EJ Perry said. “Every day is a grind, but right now, we are where we want to be.”

DaSilva (game-high 31 points) knocked down four of his eight 3-pointers in a 14-5 opening quarter for Windham, which looked poised to run the table from thereafter. Merrimack had other plans, though, as it eventually chiseled what was a 14-point deficit down to seven by halftime and four at the end of three quarters.

Windham’s ability to hold off was a product of Merrimack’s shortcomings, which was especially the case in the third quarter. While the Tomahawks continued to play stingy defense, with the teams combining for nine points through the first six minutes of the third, the offense did not seize opportunities. Merrimack missed several chances at three-point plays and while failing to knock down timely free throws as well.

The Tomahawks were led by 12 points from Jack Tarleton and nine from Pat Yudkin.

Windham’s effort would’ve looked a lot different without DaSilva, who continues to be the heart of their offense. The senior’s shooting range and ability to shoot off the dribble and screens are invaluable assets, but Perry is more impressed with DaSilva’s improved effort.

“I had to have a talk with Joey after the last game to say, ‘Joey, if you want to be a collegiate player then you have to play every single second you’re out there,’” Perry said. “There’s no more resting if that’s what he’s looking for. He gives us everything. It’s the attitude, defense and shooting potential.”