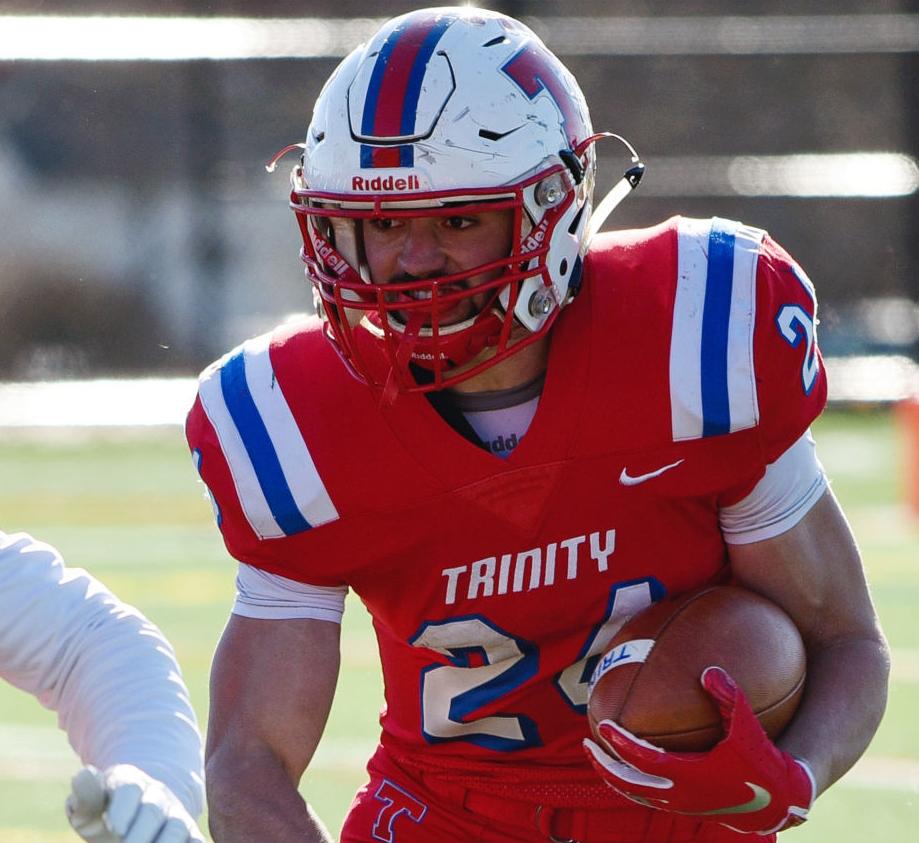 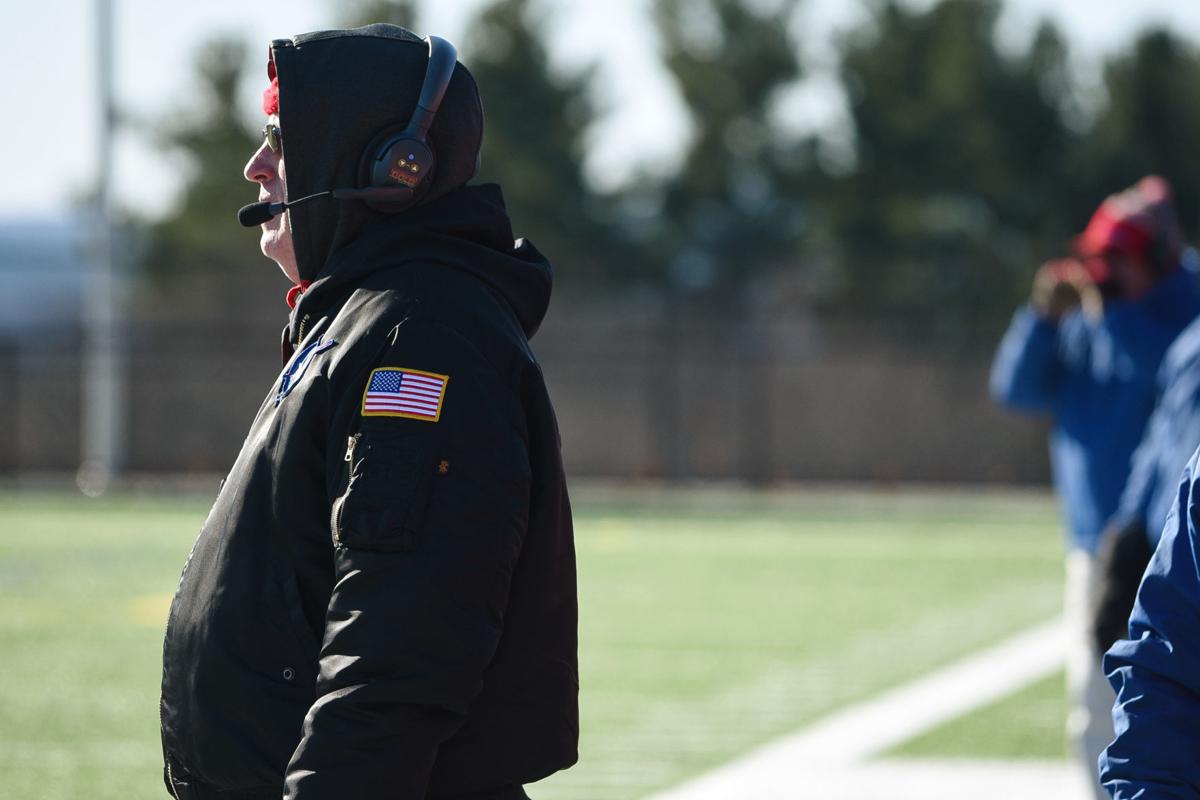 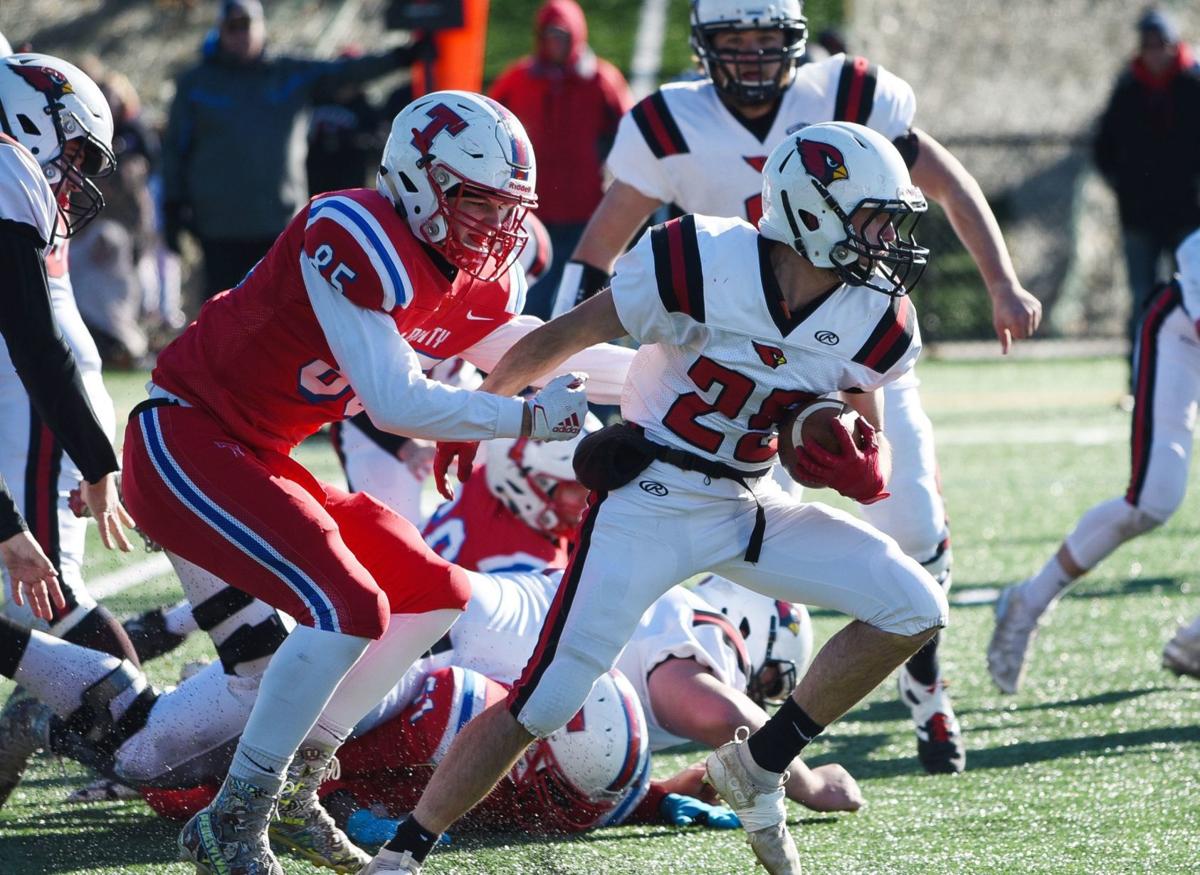 MANCHESTER — For Jacob Brown and his fellow four-year seniors on the Trinity High School football team, their careers read like a Hollywood script.

Brown and his classmates were part of Trinity’s one-win Division II season in 2016. With an inexperienced roster in 2017, the Pioneers elected to play a junior varsity schedule. Trinity returned to the varsity level last year, going 7-2 in the Division III regular season before falling to Stevens of Claremont in the quarterfinals.

The second-seeded Pioneers (10-1) will make their first state title-game appearance since 2012 at the University of New Hampshire’s Wildcat Stadium on Sunday (11 a.m.), when they play top-seeded Lebanon (10-1) for the Division III crown.

“This story is almost something like from a movie,” Brown, a tight end/linebacker, said before Trinity’s practice Tuesday at Derryfield Park.

When fourth-year Pioneers coach Rob Cathcart told his players the team would play a JV schedule ahead of the 2017 season, he said the reaction was a mix of disappointment and understanding. It did not take long for the team and those around it to support the decision.

“What was huge was the administration, the parents and kids all bought into that like, ‘OK, this is what we’re going to do. We’re going to take a year to focus on rebuilding the program and win some football games,’” Cathcart said. “That year was huge to get to where we are.”

Cathcart said the Pioneers went 7-2 that JV season, during which his underclassmen-heavy roster gained valuable experience. Two-way lineman Jacob Wenger, who serves as a captain alongside Brown and running backs John Thibault and Dantre Taylor, is among several seniors who had never played football before high school.

After their JV campaign, the Pioneers returned to varsity play in a new division and with three new weapons in their backfield: brothers John and James Thibault and Taylor.

John, a senior, and James, a sophomore, transferred to Trinity from Newport High School after moving to the Queen City when their dad, Dave, became the superintendent of the Diocese of Manchester. Taylor, a senior and Manchester resident, transferred from Holderness School and joined Trinity’s football program ahead of his junior year.

“Coming in, I didn’t know anyone,” John Thibault said. “It was fun to meet all the guys. Right off the bat, I could tell they were serious — they wanted to win — so I knew it was going to be a good season as soon as we started practicing.”

Trinity marched into last year’s playoffs with a 7-2 record and the No. 2 seed in the eight-team postseason before it was upset by seventh-seeded Stevens.

“From last year to this year, I think what we learned the most about was how to prepare mentally for games,” Wenger said. “Last year, we had a good season only losing to Monadnock and Campbell — the two teams that played in the championship — but we also lost to Stevens. And the reason we did that was because we weren’t prepared mentally for that (playoff) game.

“Coming off those losses, we learned how to prepare correctly so that we wouldn’t find ourselves in a similar situation and I think we proved that this year in the playoffs so far.”

The Pioneers enter Sunday’s title game having outscored their opponents 443-163 and with three shutout wins, including their 35-0 quarterfinal triumph over Newport. Trinity has held each opponent to 27 or fewer points. Lebanon handed the Pioneers their lone loss, 21-7, on Sept. 13.

With the Thibault brothers and Taylor leading the way, Trinity’s offense ran all over the rest of Division III field.

John Thibault already had more than 2,000 rushing yards on the season before he gashed sixth-seeded Stevens for 252 yards and three touchdowns on 12 carries in Trinity’s 48-15 semifinal win last Saturday. The trio’s rushing success has opened up passing opportunities for junior quarterback Peter Alisandro, including his 50-yard TD pass to Taylor in the semifinal triumph.

“Our O-Line is working really hard,” Fraser said. “Our running backs, I’d say we have the best running backs in the state as a core. We’re not the biggest O-Line but we’re doing our roles and opening the holes for our running backs.”

“Their blocking schemes are good,” Silva said. “They made some blocks on us. We tried to get downhill but the angles they get for (John Thibault) and then his elusiveness is really something to behold.”

Wenger said Trinity’s run this year has displayed how each player individually and the team as a whole has learned from the past three seasons’ trials. He and his fellow seniors have the opportunity Sunday to use those experiences to write the final scene of their movie-script-esque careers.

“To be able to come back last year and then this year to find ourselves in the championship for me and a bunch of other guys’ senior year, it really means a lot to be able to show that even though a couple years ago we were struggling, that’s gone now and we’re ready to show that we’re a great team,” Wenger said.