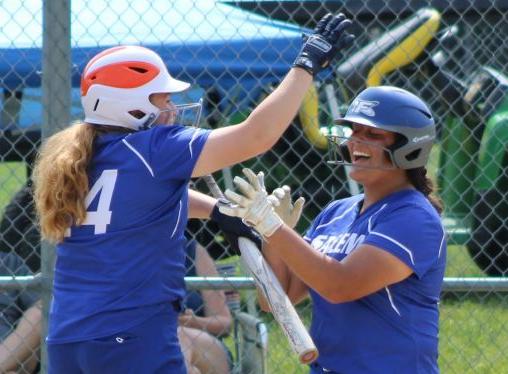 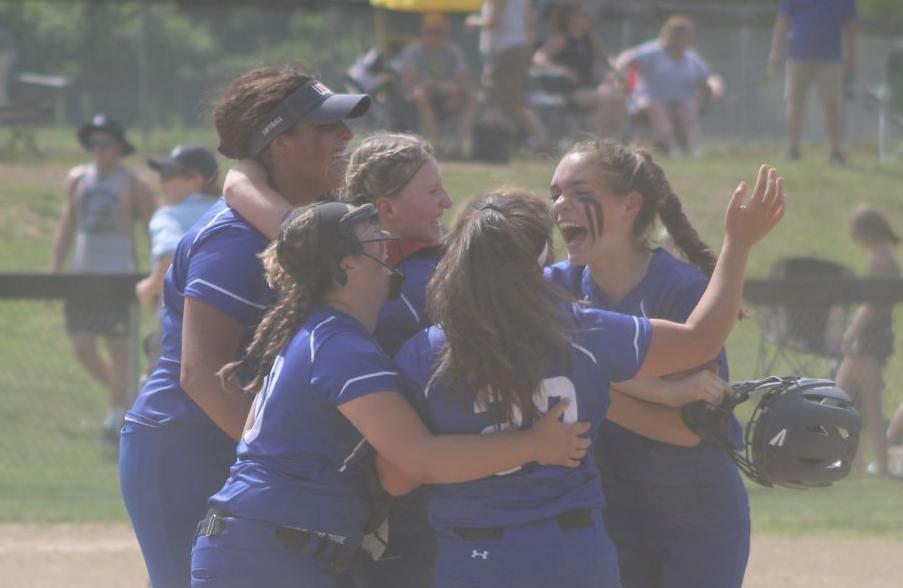 Salem players celebrate their Division I semifinal win over Exeter on Wednesday.

Salem players celebrate their Division I semifinal win over Exeter on Wednesday.

EXETER — Winning has been in the Salem High softball team’s DNA for the better part of five decades now with 18 championships dating to 1975. So to not see the Blue Devils pop up in a Division I title game over the last three seasons is not only uncharacteristic but somewhat shocking.

That drought was erased Wednesday as Salem took a 5-3 Division I semifinal win over Exeter to set itself up for a shot at its 19th NHIAA crown. The Blue Devils (20-1) broke a 2-2 tie with a go-ahead two-run rally in the fifth inning, which allowed junior pitcher Madison Solt breathing room as she navigated some trying moments on the way to eventually punching her team’s ticket to Saturday’s 2 p.m. title game against Concord at Rivier University in Nashua.

“It’s the leadership on our team,” Salem coach Haley Chandler said. “(Coaches) can say all we can to them, but at the end of the day, it’s them. They’re the ones that have decided to show up every single day and decide they can do something, and then they go and do it. It’s amazing.”

Exeter’s two-run first was met by two runs for Salem in the third, setting the stage for what proved to be the Blue Devils’ most important at-bats in the fifth. Both runs came with two outs for Salem, which scored on a Madison Burns RBI double while the other run scored on an Exeter error. Vania Moniz clocked a solo homer in the sixth to cap Salem’s scoring.

“It really just goes back to communication and how they’re talking to each other constantly,” said Chandler about the rally. “If they strike out, pop out or whatever, they’re immediately back in the dugout explaining what happened. That’s hard to do as a high schooler. I certainly wasn’t doing that when I played. They just use the experience through the game as it progresses.”

The support proved to be an important cushion for Solt, who was able to work around a second-and-third, one-out jam in the fifth on the way to setting down eight of the last nine Blue Hawks she faced. In all, the junior scattered three runs on six hits while striking out five and walking none in her complete-game triumph.

“That is my favorite kind of game to play. The closer the game is, the more exciting it is to play,” Solt said. “All the nerves really just go away when I’m out there.”

Solt pitched to contact throughout the contest, but nothing much of the contact beyond Exeter’s two long balls were overly threatening. Eleven of the final 15 outs Solt recorded were by way of fly balls.

“Just a lot of spin on the ball there,” Solt said. “You have to know the batter and pitching differently to each one that comes up. Really finding their weaknesses and throwing it where they can’t hit it.”