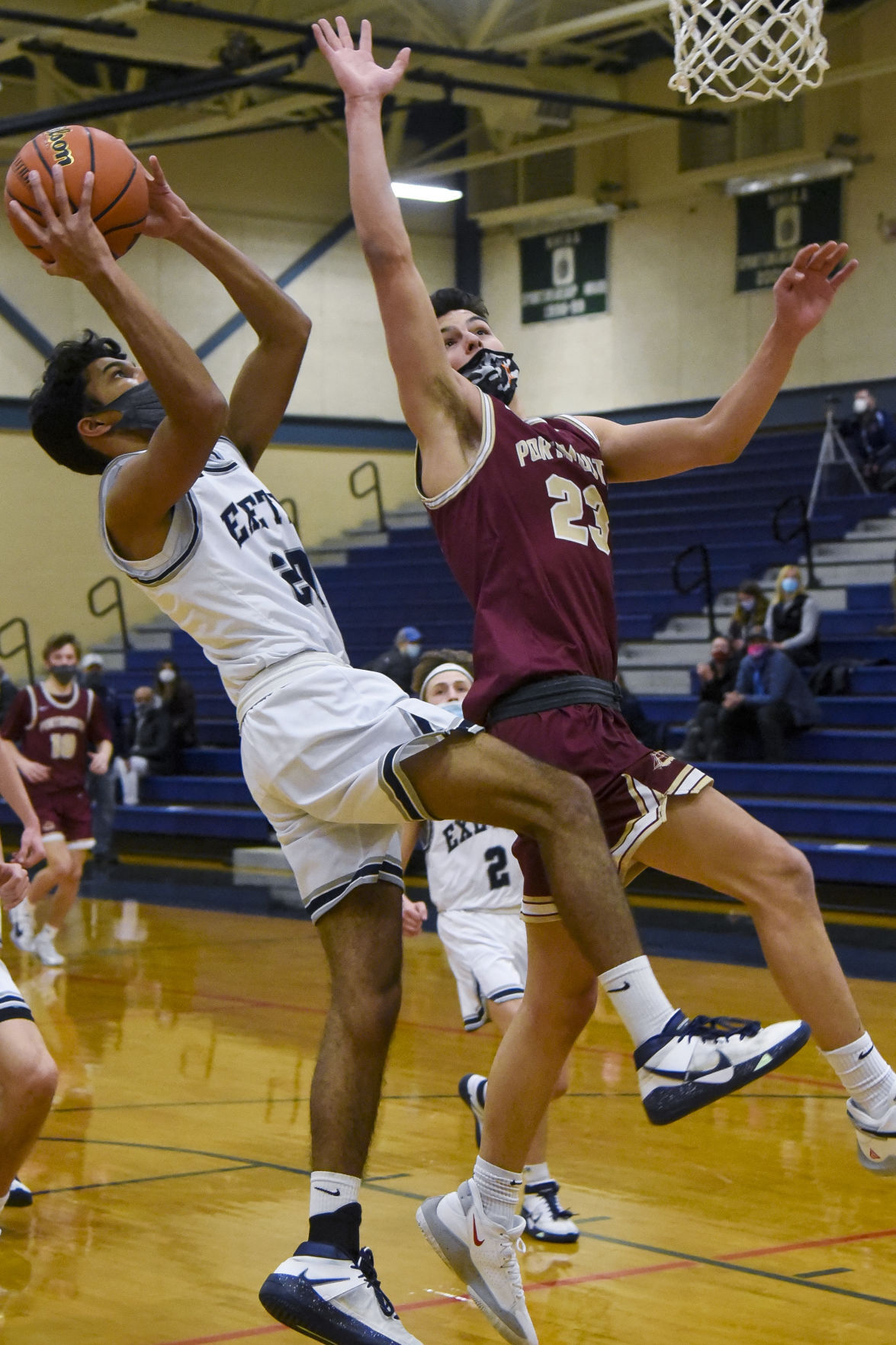 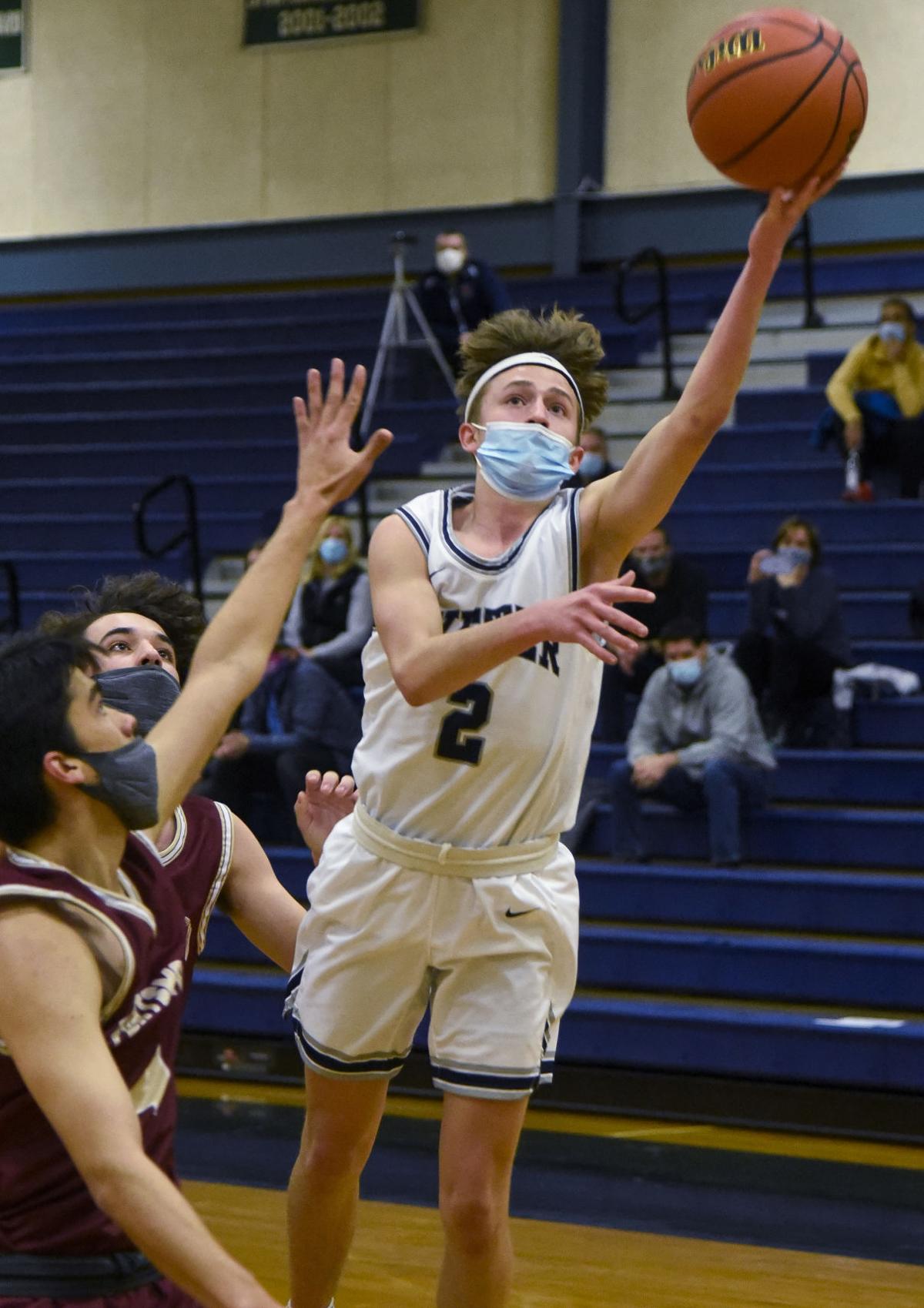 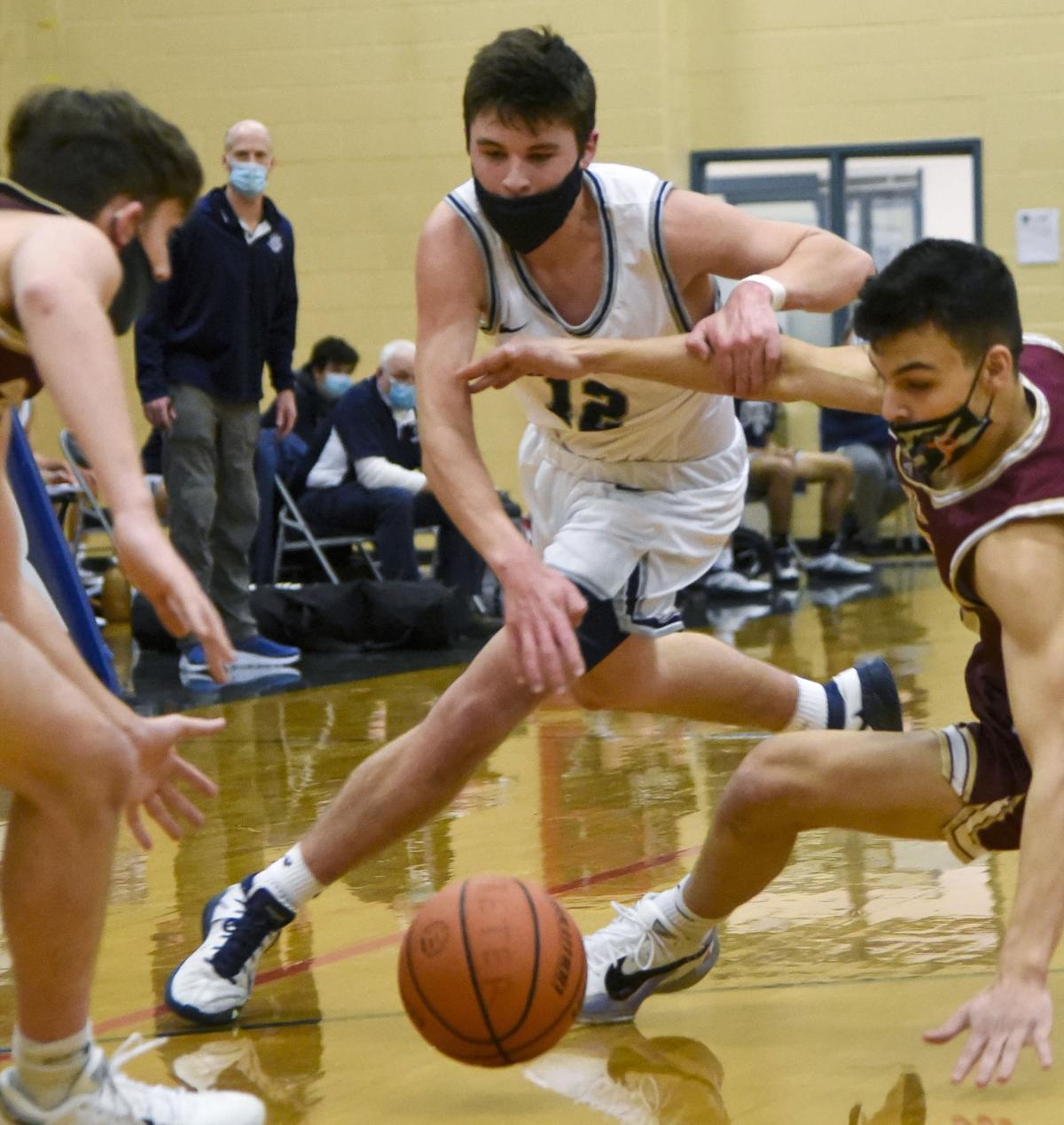 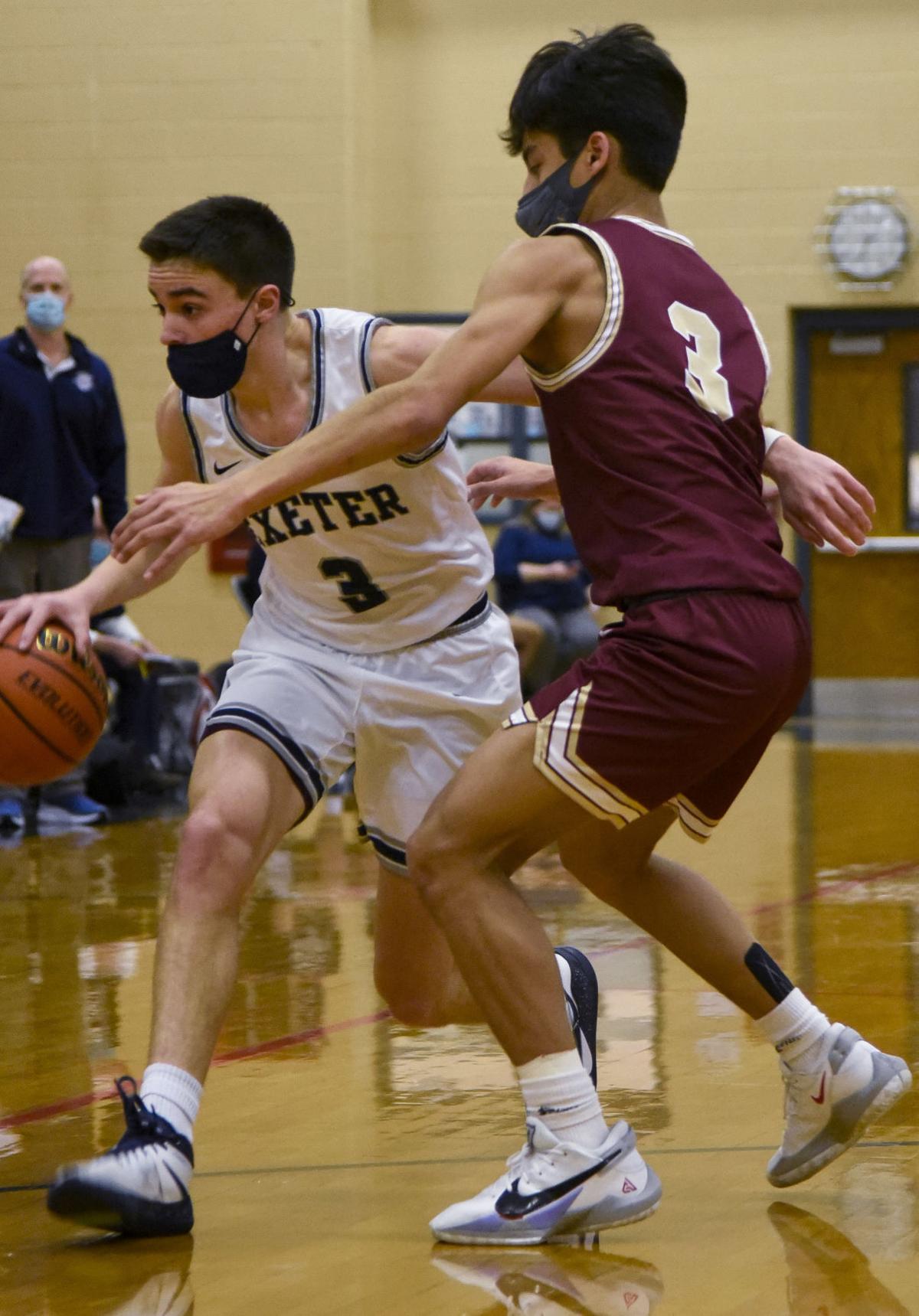 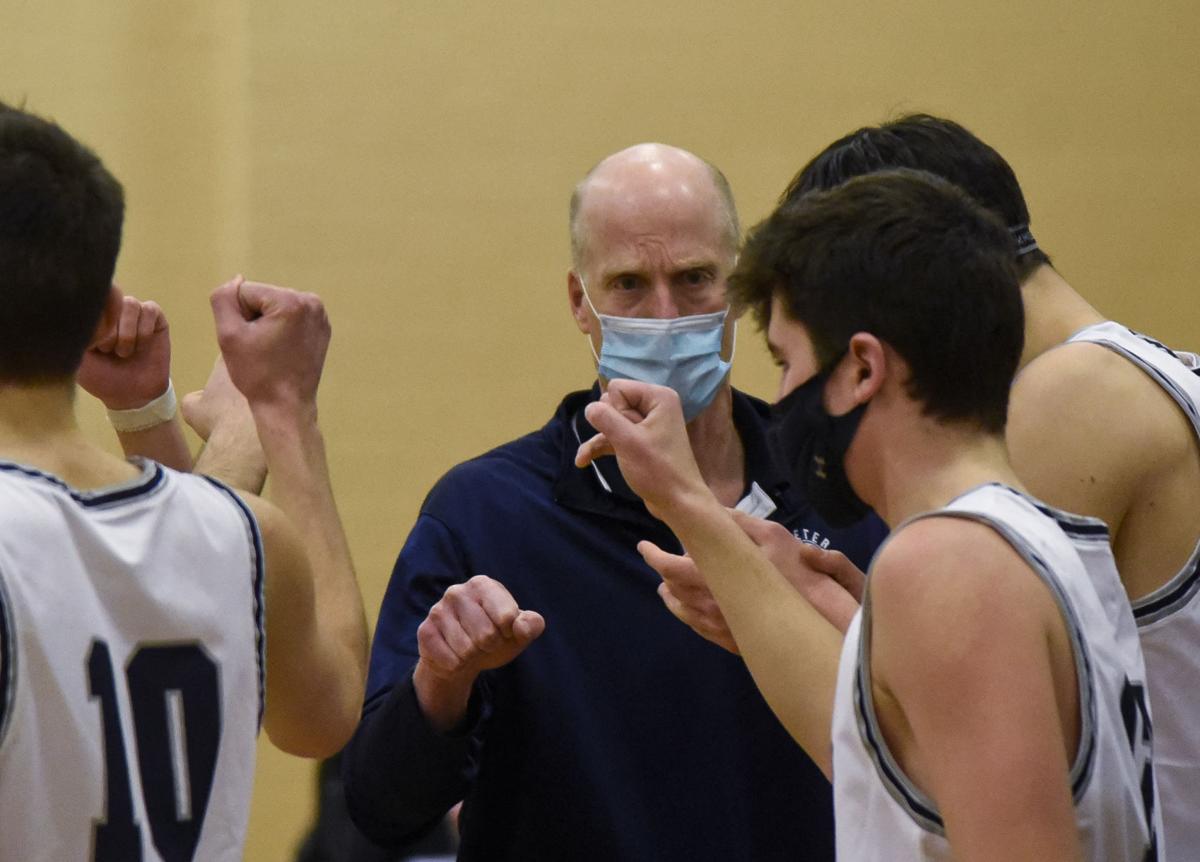 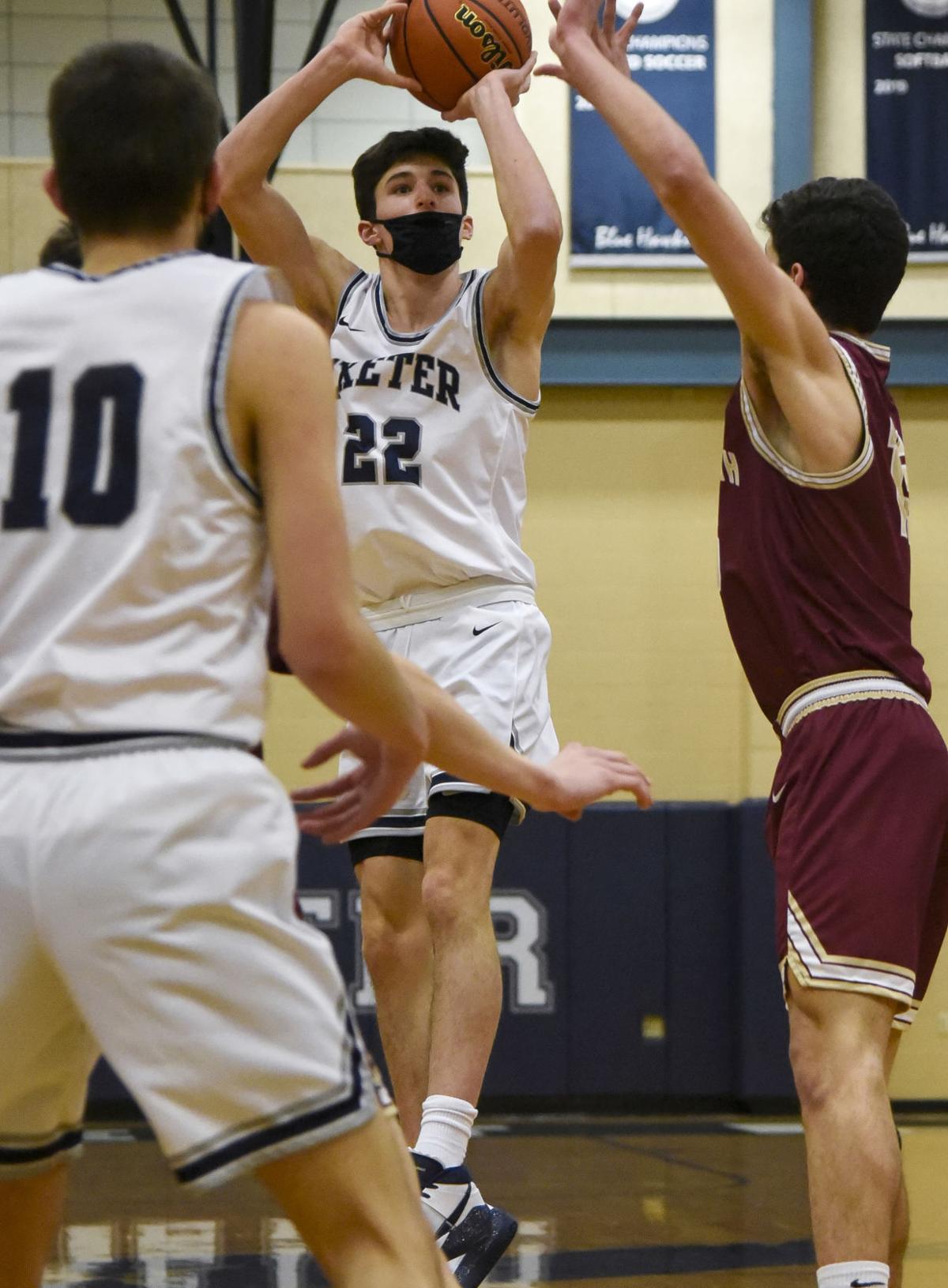 EXETER — As we’ve seen this season, the Exeter High School boys basketball team can win games in a variety of ways. Defense stood out in Friday night’s 50-38 triumph over Portsmouth.

The Clippers led by two with 3:54 remaining in the third quarter, but went scoreless for the next 7:17. Exeter led by 10 when Coleman Brewster broke the scoring drought with 4:23 to play.

It was the third time Exeter has beaten Portsmouth this season. The victory raised Exeter’s Division I record to 11-0.

“We made it (Exeter’s defense) look good for sure,” Portsmouth coach John Mulvey said. “They’re aggressive. They made us catch the ball out far. We were catching it way too far outside the 3-point line. They kind of dictated what we were doing. Their defensive plan and energy caught us sleeping a little bit. We didn’t do a good enough job.”

Portsmouth led 11-10 after one quarter, but the Blue Hawks held the Clippers to six points in the second and had a 23-17 advantage at halftime. After Portsmouth took a 29-27 lead, Exeter used a 10-0 run to take control.

“I told my guys they played great defense,” Exeter coach Jeff Holmes said. “They were moving their feet.

Exeter has won 51 of its last 52 games. The Blue Hawks won the Division I championship in 2019 and shared the title with Portsmouth last year, when the season was cut short by COVID-19.

Mulvey said the Blue Hawks have exceptional chemistry on the court.

“They move the ball so well,” he said. “They move themselves so well. It seems like they’re all on the same page. That senior class has been playing together for a long time and it’s kind of like they can read each other’s minds. They’re really tough, impressive.”

Exeter will open the Division I tournament against rival Winnacunnet. Although it’s a first-round game, that contest may feature the two best teams in the state. The NHIAA decided that seedings for this year’s tournament would be generated randomly.

Exeter still has a target on its back despite graduating seven starters from last season’s team.

“The kids worked hard in the offseason,” Holmes said. “They really did. Some of these kids are good players, but hadn’t seen the court.

“We’re not overly big or strong, but we can shoot and we can pass. We’re a good shooting team, and if we can play defense like that, we’re going to be a tough out.”