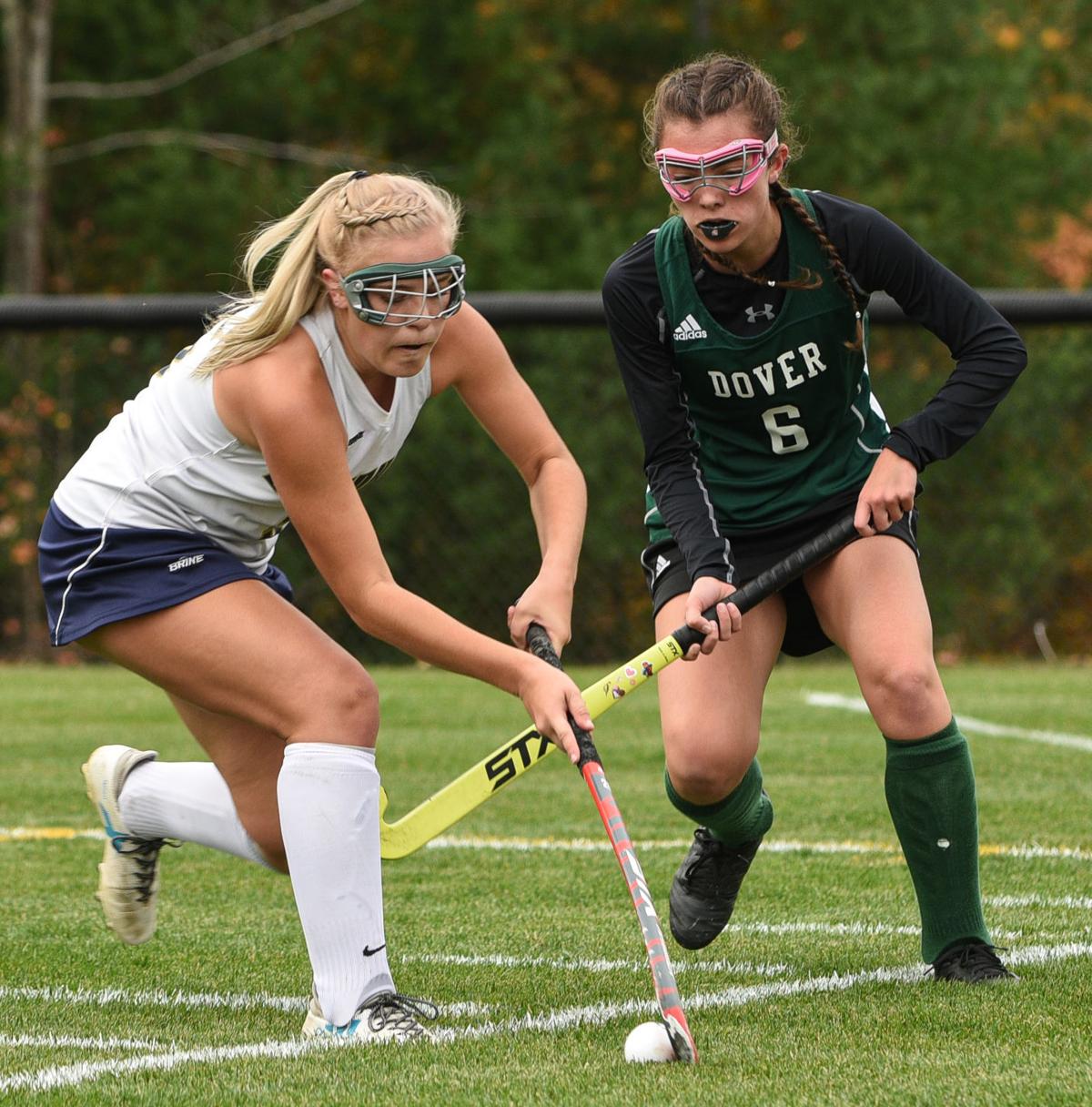 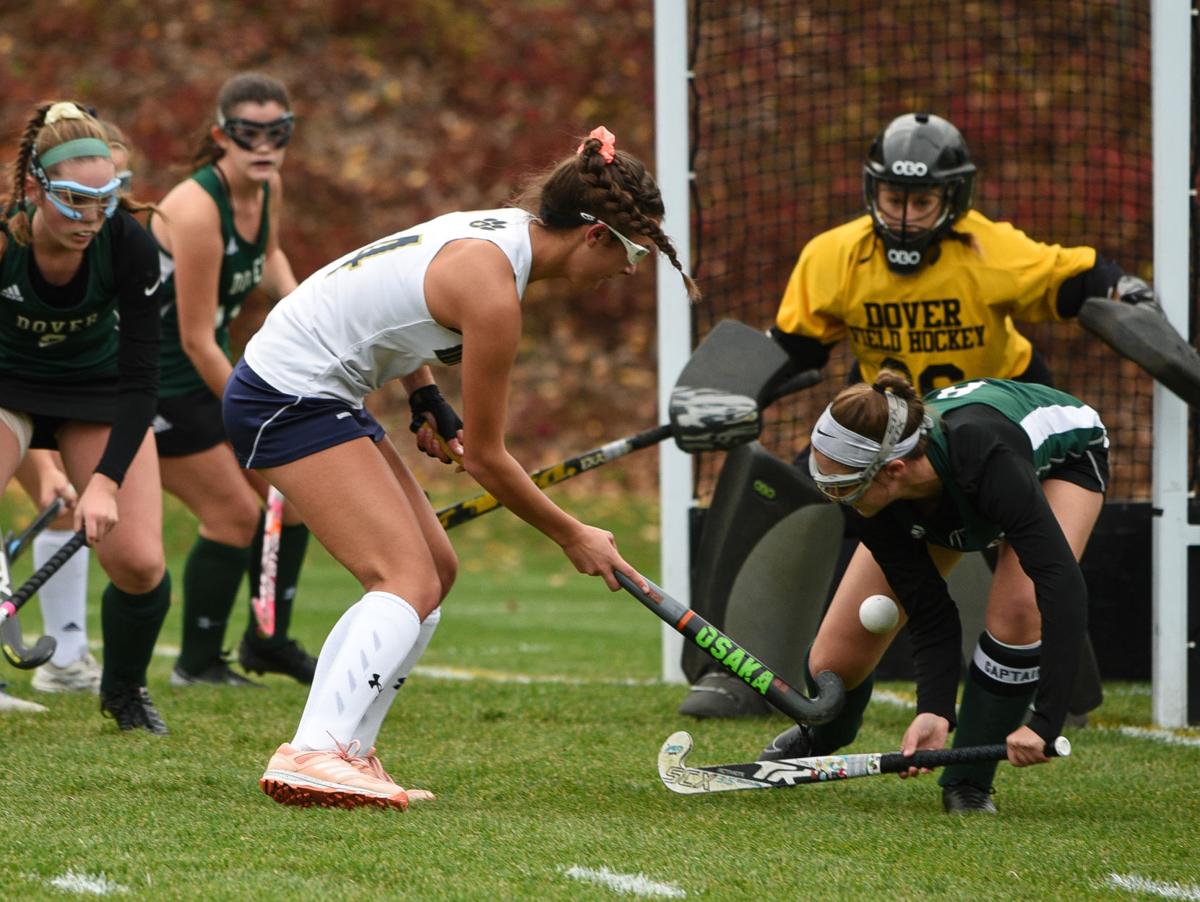 Second-ranked Windham got goals from three scorers in a 3-0 win over Dover in the Division I field hockey quarterfinals Friday in Windham.

The Jaguars (14-1) will take on sixth-ranked Bishop Guertin of Nashua in the semifinals Tuesday in Exeter. The Cardinals upset No. 3 Winnacunnet of Hampton, 1-0, in their quarterfinal.

Ryane Farrell, Livi Manchester and Cam Livingstone had goals for the Jaguars. Maddie O’Hare had an assist. Kayla Antonucci made four saves and Ames Lanouette added one save for Windham. Dover finishes 10-6.

Concord 2, Londonderry 0: In Londonderry, Maria Armaganian and Ella Doherty scored for the fifth-ranked Tide in a quarterfinal win over No. 4 Londonderry (11-4). The Tide (11-4) will play eighth-ranked Merrimack in the semifinals after the Tomahawks upset top-ranked Pinkerton 2-0 on Friday.

Souhegan 3, Plymouth 1: In Amherst, the Sabers scored three straight after getting behind early. Mamush Tighe gave the Bobcats a lead in the 25th minute. Ethan Ramm gove the Sabers even in the 38th minute from Mike Estabrook. Alex Lin gave Souhegan the lead in the 46th minute from Sebastian Parker-Christou, and Miles Drum closed out the scoring in the 76th minute from Chris Weeden. Jake Morrisette made six saves for Souhegan (3-11) and Elliot Miller stopped 11 for Plymouth (7-8-1).

Hanover 4, Londonderry 0: In Londonderry, the Marauders scored four times in an 11-minute span of the second half to finish the season 13-2-1. Kyle Doucette scored two goals, and Charlie Adams had a goal, his 20th, and three assists for 18 on the year. Eric Ringer added a goal and an assist. Joey Perras two saves for his fifth shutout of the year. Londonderry (6-6-4) got three saves each from Alex Hufford and Colton DiMaggio.

Winnacunnet 4, Portsmouth 1: In Hampton, Chaz Ziolkowski had a had trick and Lucas Schaake added a goal for the Warriors (7-8-1). Hayes Waddell assisted twice and Gavin O’Hara added one. Nathan Todaro made five saves for Winnacunnet. Portsmouth is 3-13.

Windham 6, Pinkerton 1: In Derry, Will D’Amico had the lone Pinkerton goal, assisted by Andrew Lydick. Thomas Richmond made seven saves for the Astros (1-12-3). Windham is 12-2-1.

Pinkerton 2, Windham 1 (OT): In Windham, Sam Franks scored the game-winner in overtime. Windham’s Reagan Murray sent the game to overtime with a goal in the final minute of regulation. Sawyer Jackson scored earlier for the Astros. Mishela Duka made seven saves for the Astros (9-7). Windham is 6-10.

Merrimack 1, Goffstown 0: In Merrimack, Riley Streeper’s goal, assisted by Bella Saxon, made the difference for Merrimack (7-9). Goffstown is 7-8-1.