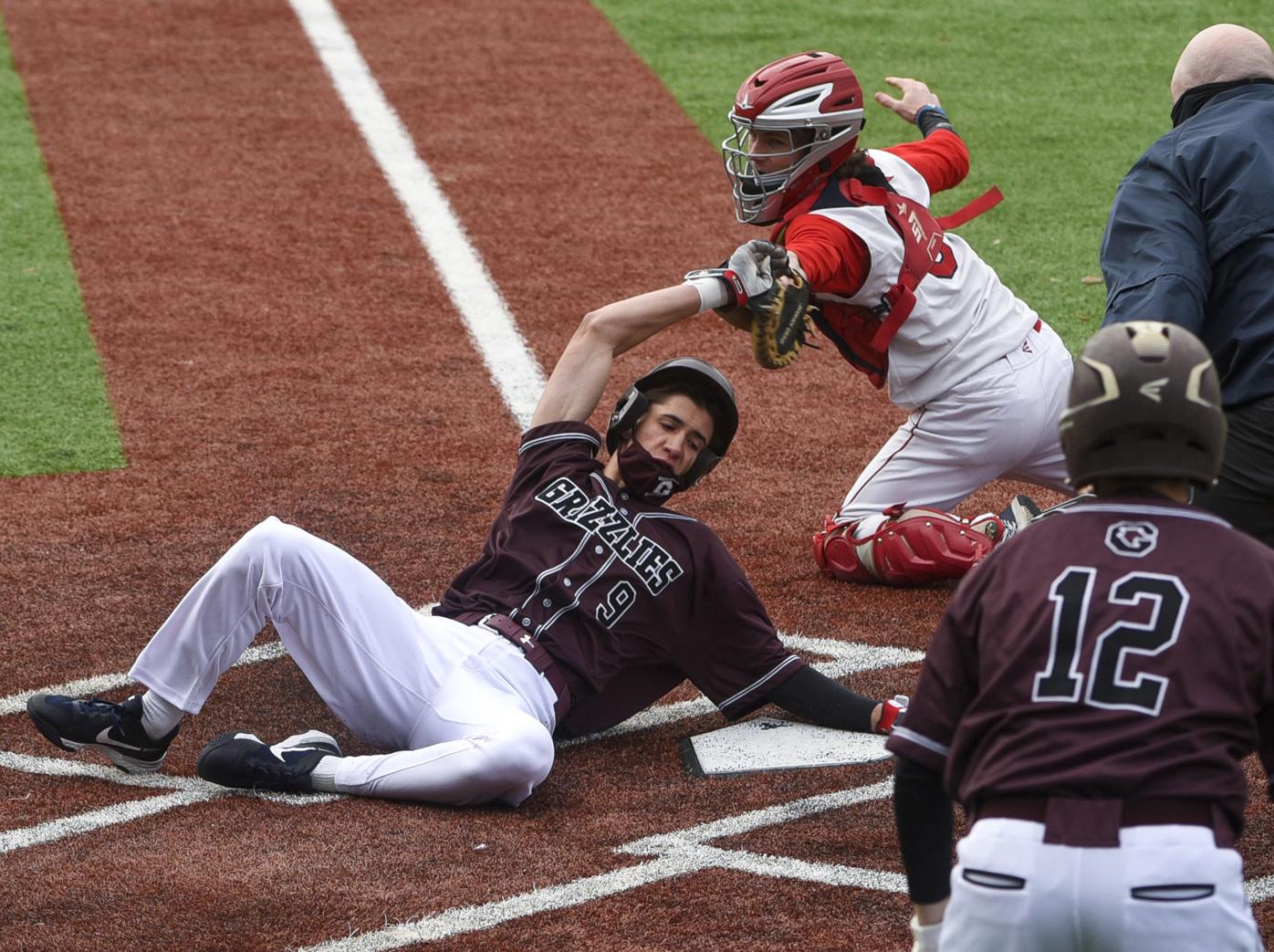 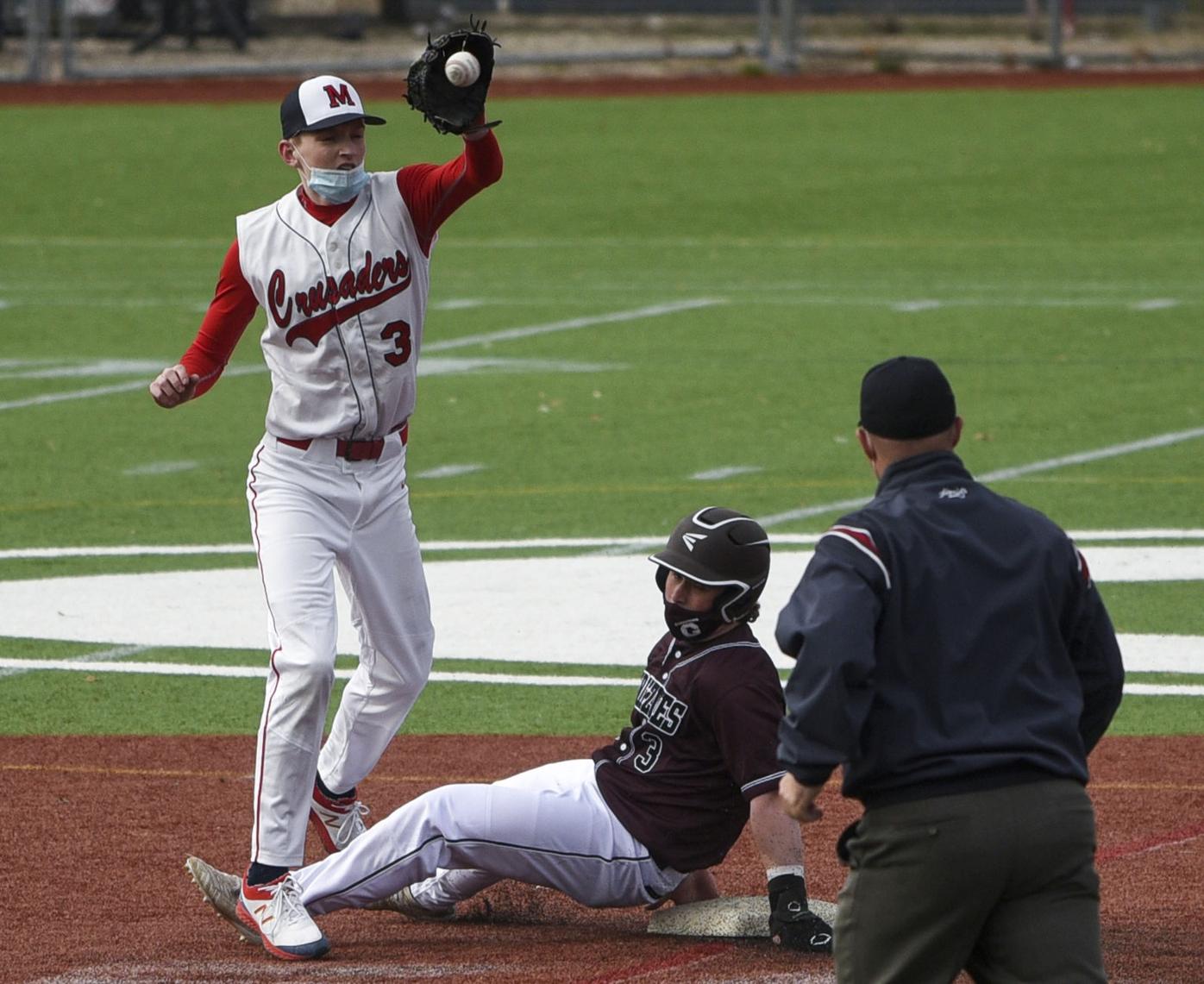 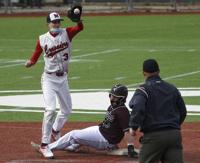 Goffstown’s Ryan Cote is safe at second base as Memorial’s JJ Josefik takes the throw at Gill Stadium in Manchester on Monday. 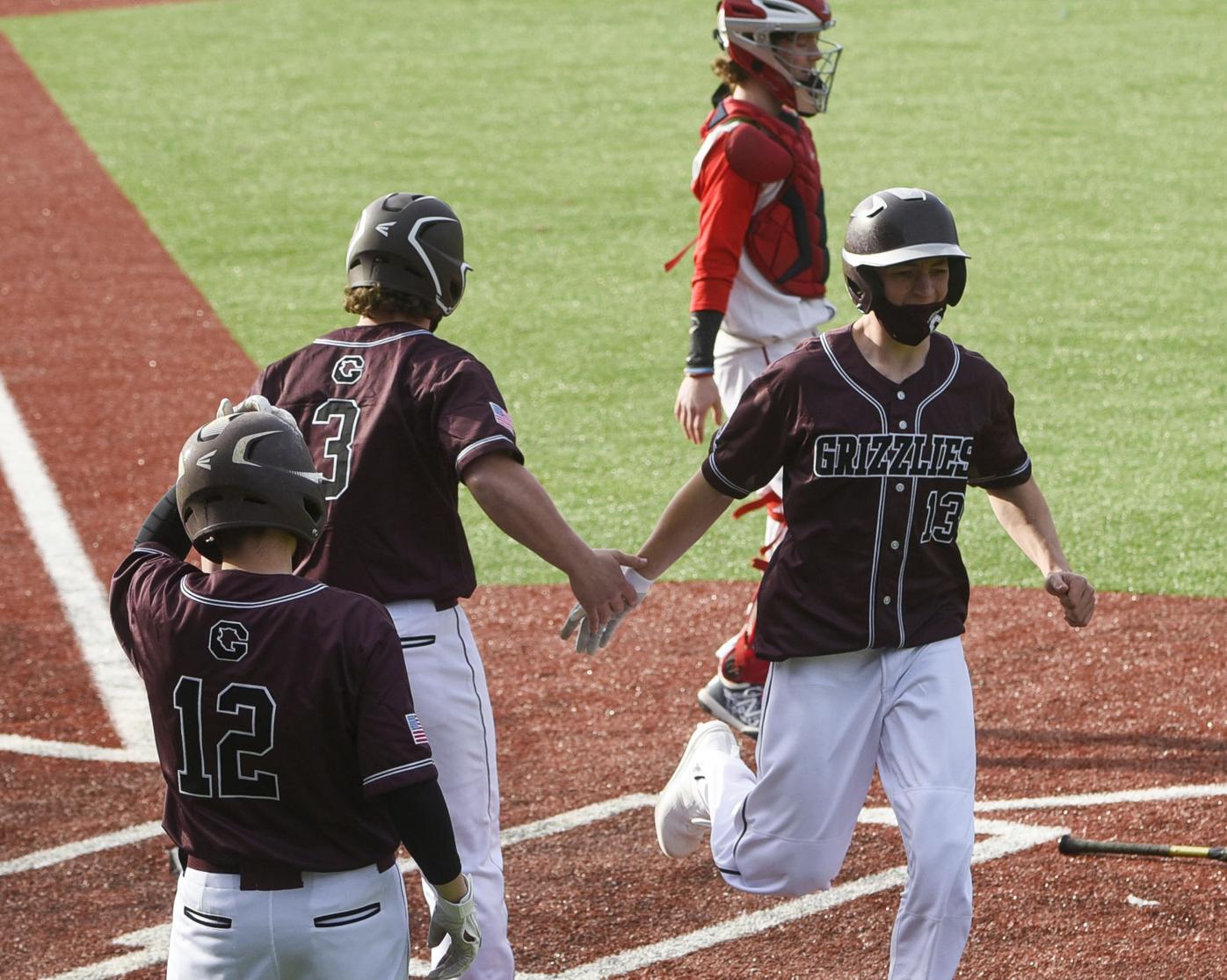 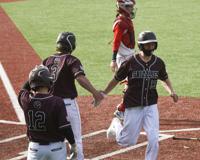 Goffstown’s Ryan Cote, left, celebrates runs with O’Connell against Memorial in the fourth inning at Gill Stadium in Manchester on Monday.

Goffstown’s Ryan Cote is safe at second base as Memorial’s JJ Josefik takes the throw at Gill Stadium in Manchester on Monday.

Goffstown’s Ryan Cote, left, celebrates runs with O’Connell against Memorial in the fourth inning at Gill Stadium in Manchester on Monday.

MANCHESTER — Justin Sumner is in his first season as Manchester Memorial’s varsity baseball coach, but he’s been around the game long enough to know there’s no defending walks.

Memorial pitching issued nine walks during Monday’s Division I opener against Goffstown, and six players who reached via a walk scored in Goffstown’s 11-1 victory.

Memorial also committed three errors in the loss, which ended after five innings because of the 10-run rule.

“I think we’ll be OK when it comes to hitting,” Sumner said. “We have to clean up our hitting and our defense. We have to be better defensively and we have to pitch the ball better. Too many walks and too many two-strike hits as well.”

Goffstown scored in every inning. The Grizzlies led 1-0 after an inning, 3-0 after two and 5-0 after three. The Grizzlies, who have two players with varsity experience on their roster, added five runs in the fourth and one in the fifth.

“I like our team,” Goffstown coach Adam Lawrence said. “We’re young (six sophomores), but they played well today. They swung the bats. We did what we needed to do.

Memorial scored in the bottom of the fifth, when a JJ Josefik single drove in Tyler Pike. Josefik had two of Memorial’s four hits. Tim Alley and Alex Rivera had the others.

“I’m not trying to put too much salt on anything right now,” Sumner said. “Took over the position late. We had two weeks to prepare. Implementing a new system. A of stuff going on.

“I’ll know more by about the sixth game. I really anticipate us coming together and hitting our stride by about the third week of the season, but the emphasis will definitely be on pitching and defense.”