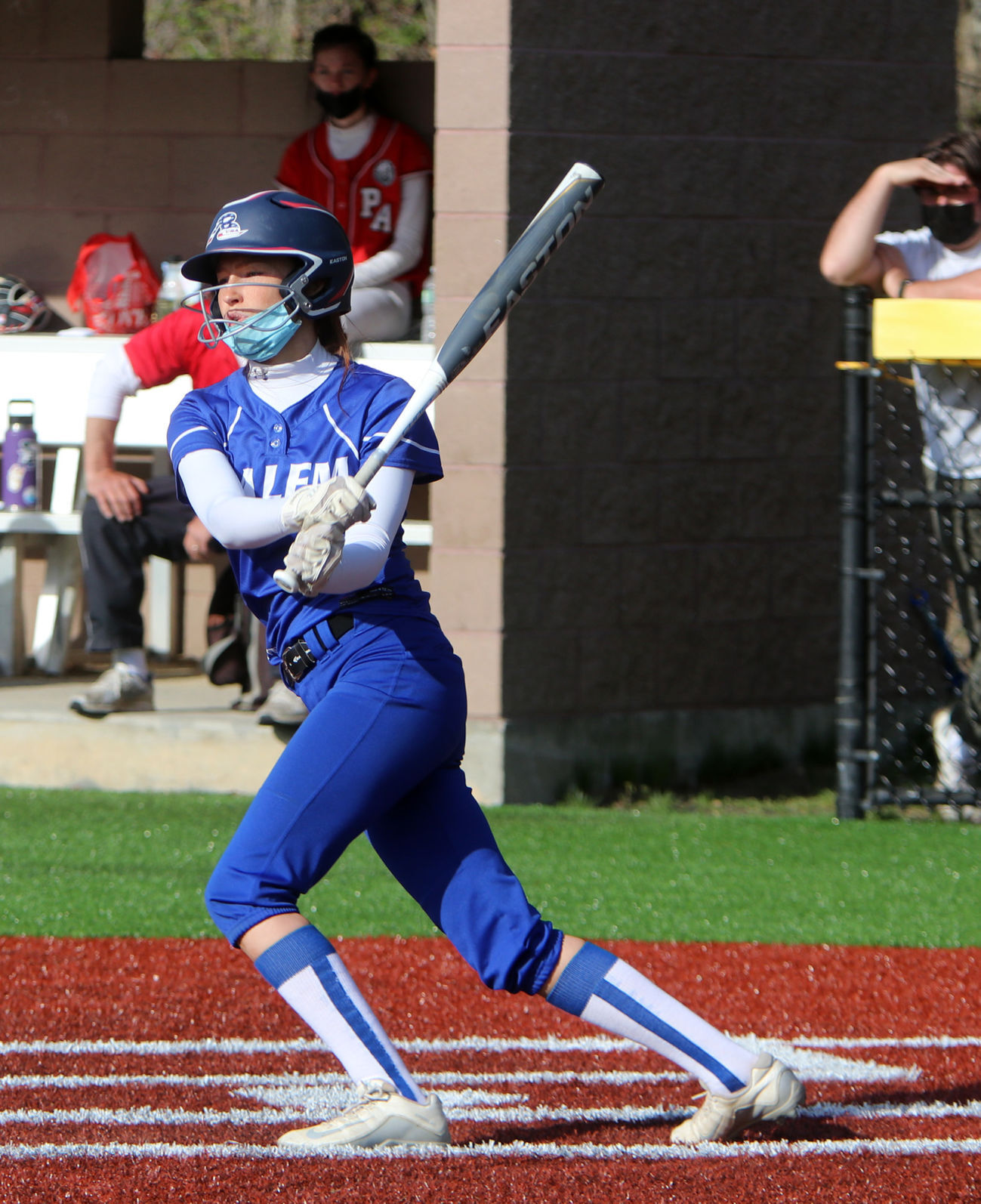 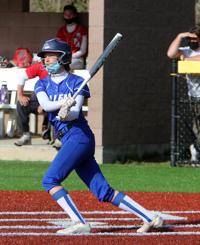 Salem’s Sydney Emerson bats during the game held at Pinkerton Academy in Derry on Friday. 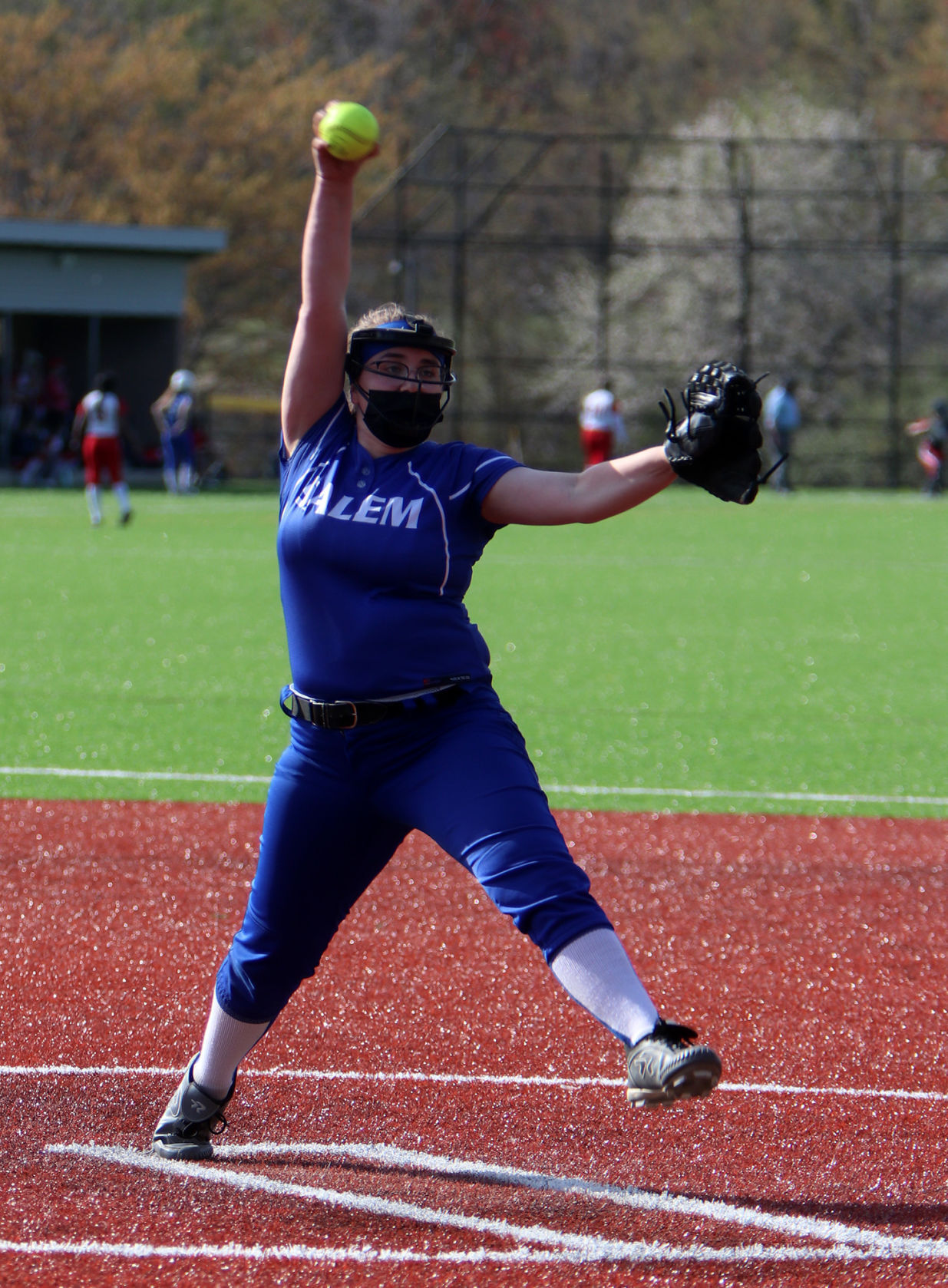 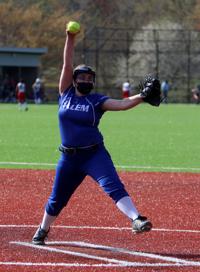 Salem’s Maddy Solt pitches against Pinkerton earlier this season. The Blue Devils visit Exeter in the state Division I semifinals on Wednesday. 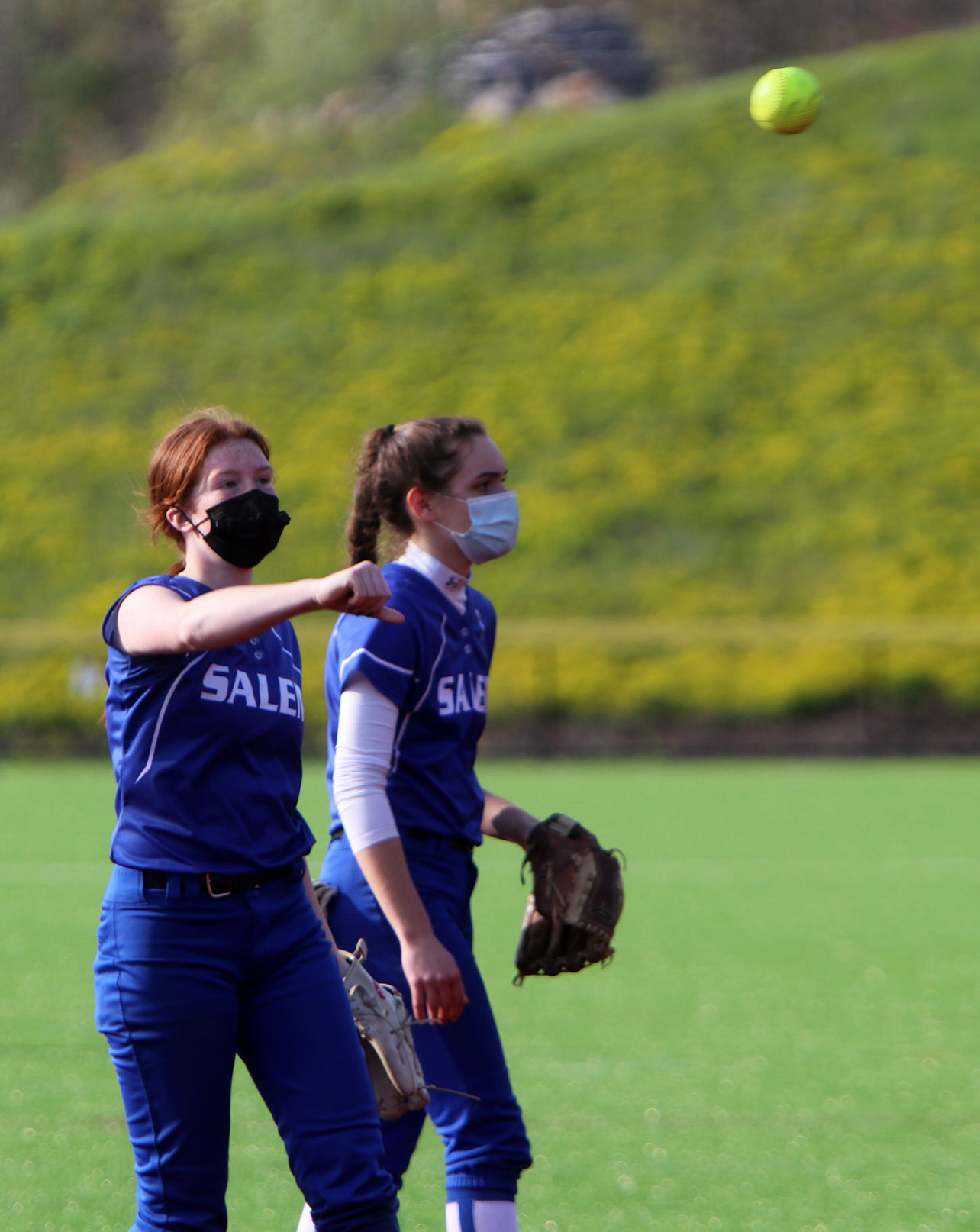 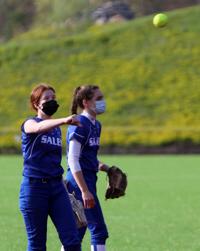 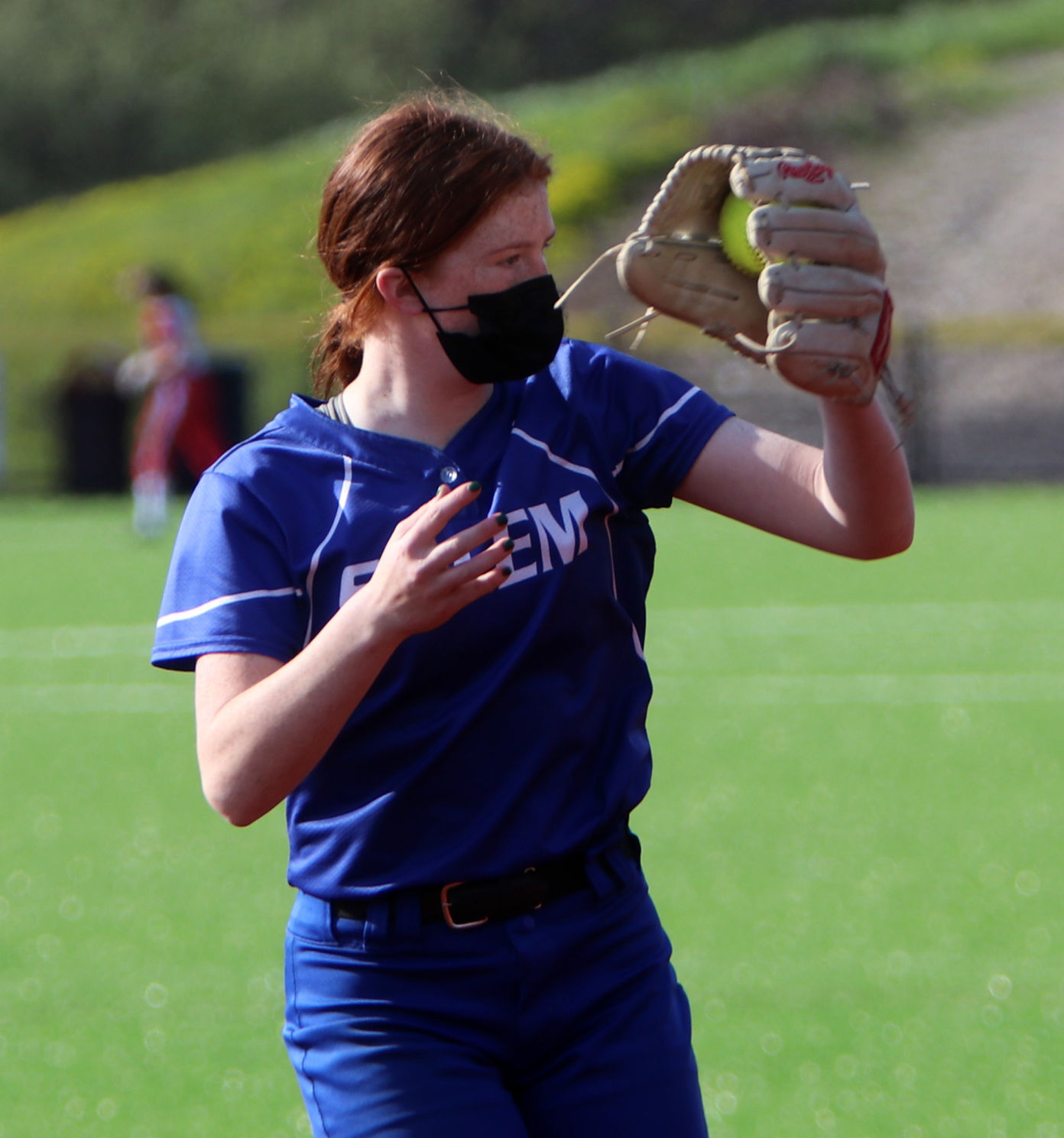 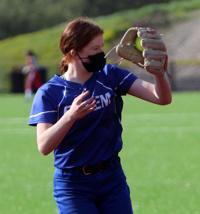 Salem’s Sydney Emerson bats during the game held at Pinkerton Academy in Derry on Friday.

Salem’s Maddy Solt pitches against Pinkerton earlier this season. The Blue Devils visit Exeter in the state Division I semifinals on Wednesday.

IF SALEM HIGH SCHOOL isn’t the favorite to win the Division I softball championship this spring, the Blue Devils are at the very least a reasonable facsimile.

Salem was the only unbeaten team in Division I until it dropped an 8-5 decision to Pinkerton Academy last Friday. The Blue Devils (8-1 before Monday’s game against Dover), who led 5-1 in the sixth inning of that loss to Pinkerton, had outscored their opponents 95-26 this season.

The Salem roster features a core of good veterans, but the team is also getting significant contributions from several young players in the program.

Salem, a program that has won 17 state championships, returned six starters from its 2019 team, which finished 13-6. That group includes two players who are committed to play in college: senior center fielder Sydney Emerson (Merrimack College) and senior right fielder Madison Burns (Curry). Catcher Brie Boucher is the other returning senior on the roster. The team's other seniors are Anna and Emma Raymond.

“We have excellent leadership,” said Salem coach Haley Chandler. “Our three (returning) seniors are staples in our lineup. They’re staples in the field. Especially since I don’t teach at the school (Salem High School), they’ve been super helpful in making sure everything is ship-shape.”

Chandler, who played softball at Keene State College, said the contributions the team has received from its three freshmen have come as a surprise, and have raised expectations for what the team can accomplish this season. Lucier hits third in the lineup, one of three left-handed hitters at the top of Salem’s batting order. Olson bats leadoff and Poulin hits fifth.

“The three of them have been awesome,” Chandler said. “They’re three big names in my lineup. Collectively, the three freshmen that I have just know the game very well and that’s what’s super helpful. They were totally not on my radar. I knew we had Jenny Olson coming up only because we also have her sister, (Allison) Olson, but she is more than I expected. The three of them have been an unbelievable surprise.”

Junior Madison Solt, who pitched some as a freshman, has been in the circle for each of the team’s victories this season. She allowed one hit and struck out 11 in last Monday’s 3-1 win over Winnacunnet, a team that was unbeaten before that game. Salem also posted a 4-3 win over Winnacunnet on Thursday. Friday’s loss came against a Pinkerton team that entered that contest with a 7-1 record.

“The pitcher (Solt) does a really good job of keeping you off-balance,” Winnacunnet coach Dennis Bruce said. “She has good spin on the ball. She’s not overpowering, but she’s a pitcher, not a thrower. She hits her spots and she makes you chase.

“They have three lefties at the top of the order, and their leadoff hitter (Olson) is a pain. Slapper. Fast as lightning. Just trouble.

“They didn’t make any mistakes against us, I’ll tell you that. In those two games, I don’t think they made an error. If they did, it might have been one. They play good defense. They’re solid. You have to play clean to give yourself a chance against them.”

Chandler said she learned a lot about her team during the two close wins against Winnacunnet, which has one of the top programs in the state.

“I’m learning that my team is gritty,” she said. “They get mad, and I think that’s awesome. Those two games against Winnacunnet were tough for both teams. Spectacular pitching, and it was frustrating at the plate for both teams. It came down to mental toughness, mistakes and confidence at the plate.

“We’ve been good in all three areas (offense, defense and pitching). I don’t think I could pick one of them and say it’s been better than the others, but there’s always room for improvement.”