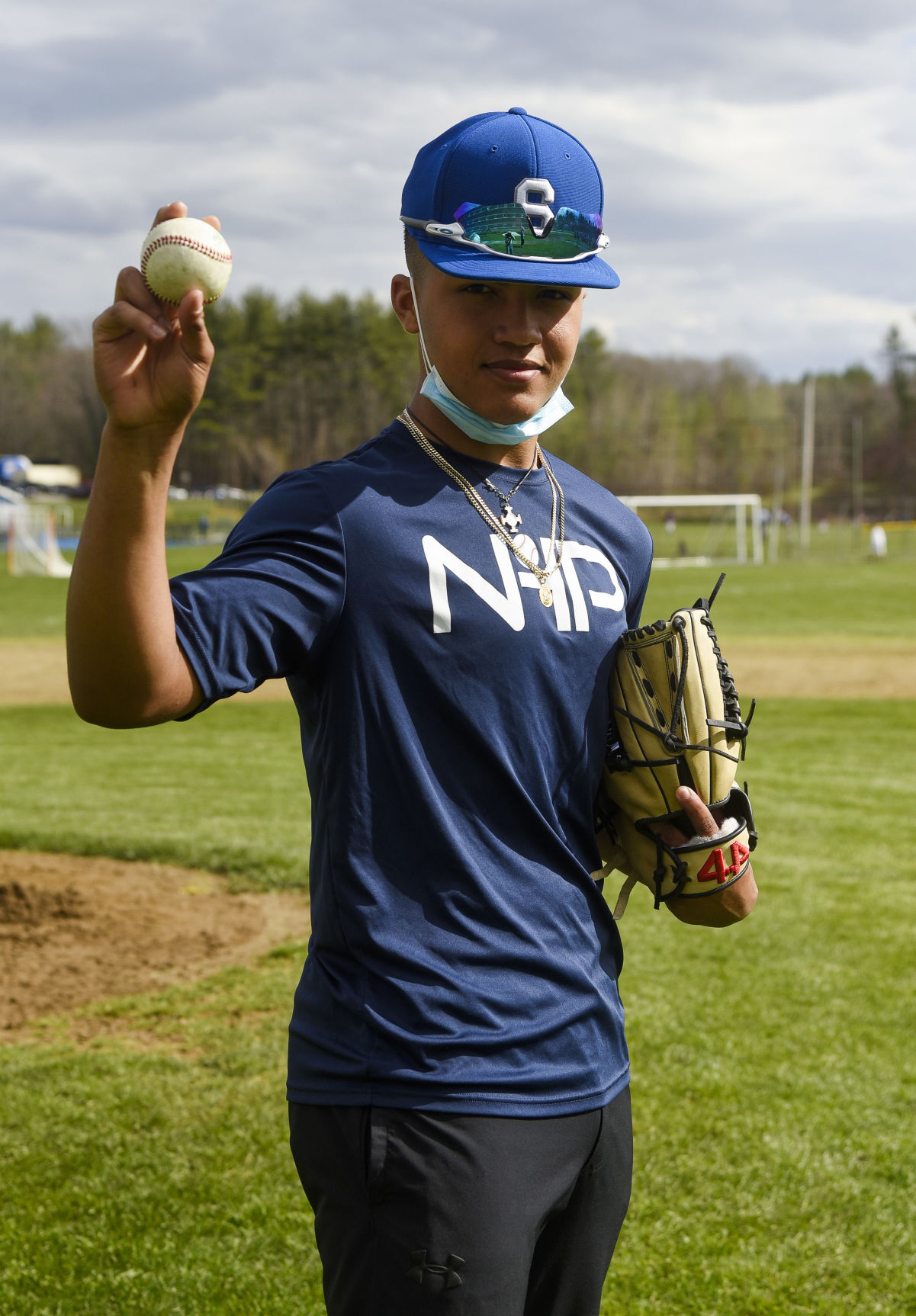 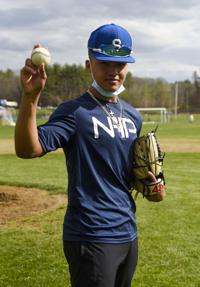 Salem High pitcher Ryan Gomez from the right side. 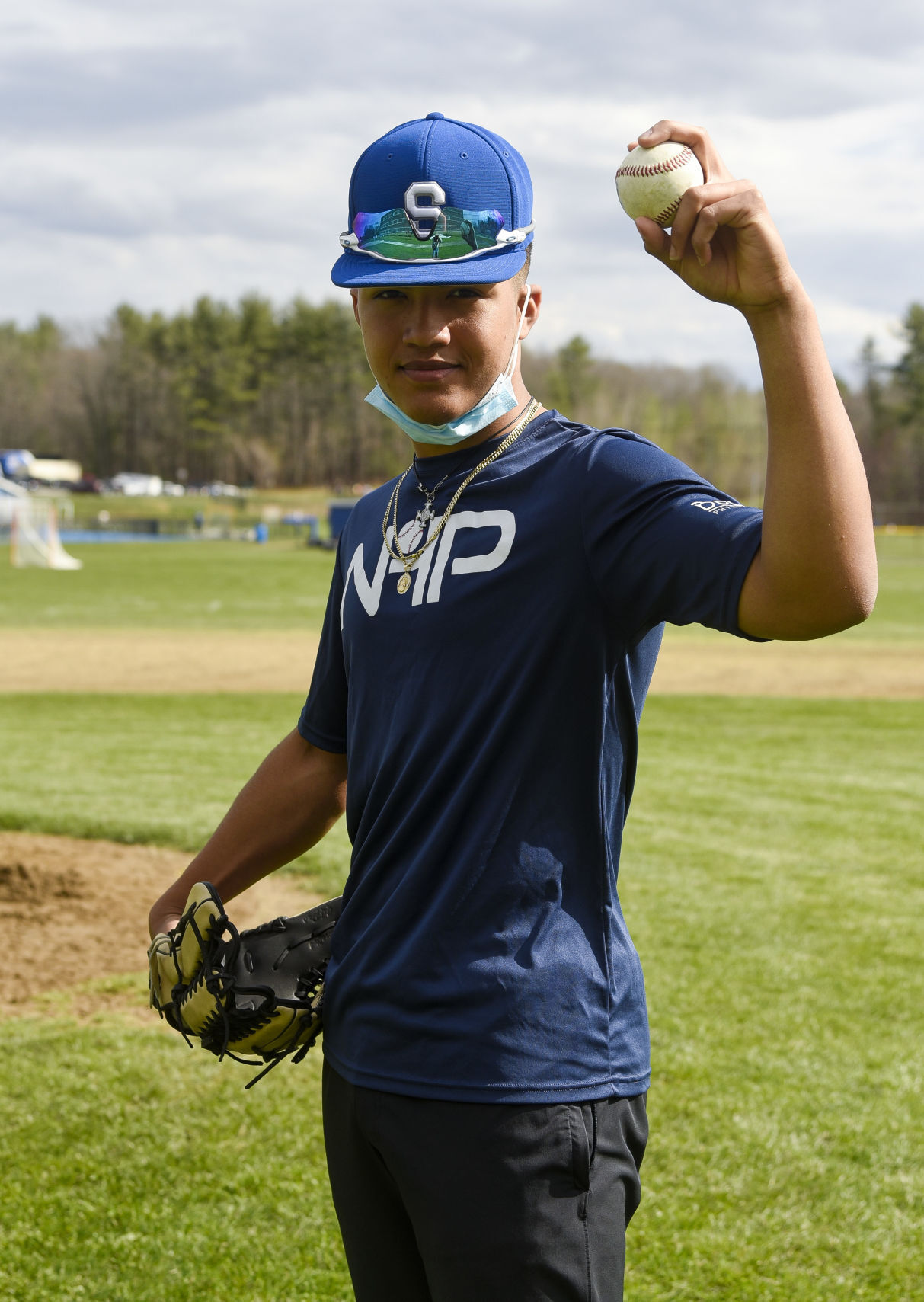 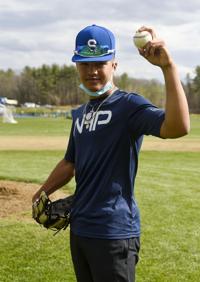 Salem High Ryan Gomez from the left side.

Salem High pitcher Ryan Gomez from the right side.

Salem High Ryan Gomez from the left side.

SALEM HIGH SCHOOL baseball coach Dan Keleher will tell you he’s lucky to have a left-handed pitcher like Ryan Gomez. Keleher is also fortunate to have a righty just like him.

Gomez is a rarity when it comes to baseball: He’s an ambidextrous pitcher who’s equally good — or at least close to it — with either arm.

Gomez, a junior, threw lefty when Salem opened its season with a 4-0 victory over Spaulding. He tossed a complete game, struck out 13 and limited Spaulding to two hits. It was the first time he’s played in a varsity game, and put an end to the program’s 19-game losing streak.

“He thought he was going to start off the season right-handed, and then we had him throw both ways in a practice,” Keleher said. “We liked the lefty so it was, ‘All right, let’s start him out lefty.’”

Gomez said for the most part he throws the same pitches with both arms. He adds a curve when he pitches left-handed, and uses a slider when he’s throwing as a righty.

“My control is about the same,” Gomez said. “The only thing that’s different is velocity, but it’s not by a lot. With my left I’ve topped out at 84, and with my right I’ve topped at about 86.

Gomez bats left-handed and throws left-handed when he plays first base, but he eats, shoots a basketball and writes with his right hand. He has a customized glove that he uses when he’s on the mound. The glove can flip over to accommodate him no matter what arm he’s using to pitch.

Gomez began throwing with his right hand in seventh grade when he was playing Wiffle ball with friends.

“My parents were watching me and they were like, ‘Why are you throwing with your right hand?’ I’m like, ‘What do you mean?’ I didn’t even notice it at first. It was natural. It wasn’t awkward at all.”

The summer before his eighth-grade year, Gomez pitched in both games of a doubleheader — righty in one game, lefty in the other — while he was playing for the Northeast Hurricanes travel team. He also pitched in two games in one day using different arms during a junior varsity tournament during his freshman season.

NHIAA pitch-count rules apply no matter which arm a pitcher uses, so Gomez won’t be able to throw the maximum number of pitches with one arm in a game, and then use the other arm in the next game unless he has had the required rest.

Gomez said he’s also used both arms to pitch during the same game. Rule 6-1-1 in the National Federation of High Schools rule book states: “If a pitcher is ambidextrous, the umpire shall require the pitcher to face a batter as either a left-handed pitcher or right-handed pitcher, but not both.”

“The rules are different everywhere, but the main rule is you can switch in between innings, not in between batters,” he said.

The plan, Gomez said, is to alternate arms with each start this season, although his first attempt at pitching righty this spring didn’t go as well as his performance on opening day. Gomez allowed six runs — two earned — in three innings during Salem’s 9-7 loss to Portsmouth on Tuesday.

Keleher said he has no reservations about letting Gomez pitch with each arm, but how often that occurs is to be determined.

“I have two other starters, both seniors, so we’ll see how it plays out,” he said.

Gomez’ ability to pitch with each arm has produced some strange reactions from opposing players.

“Oh yeah,” he said. “People are confused. It’s so funny sometimes. I remember one time when I was allowed to pitch back-to-back in a doubleheader the kids (on the other team) were like, “This kid just threw 100 pitches and he’s coming back and throwing again?”