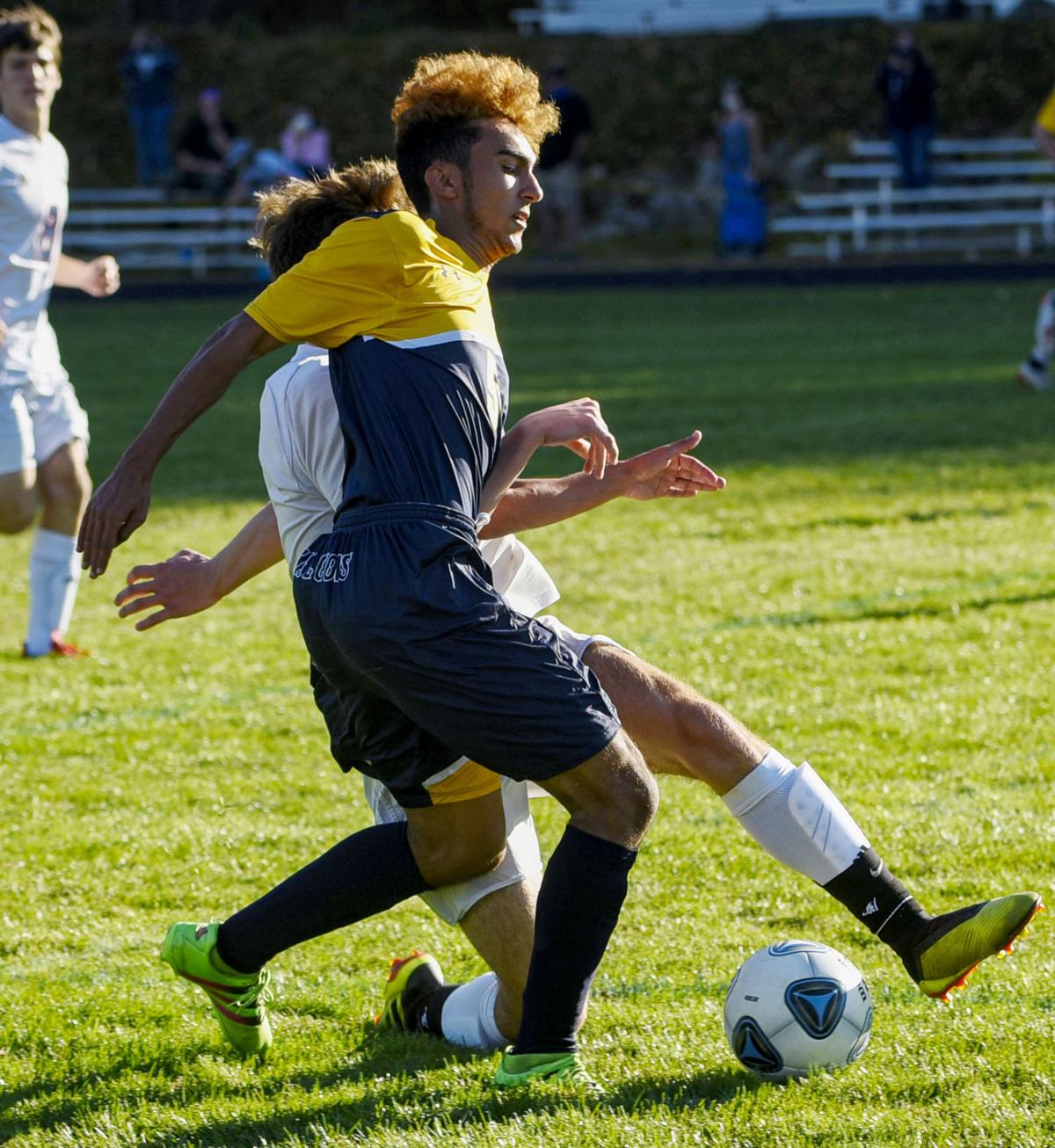 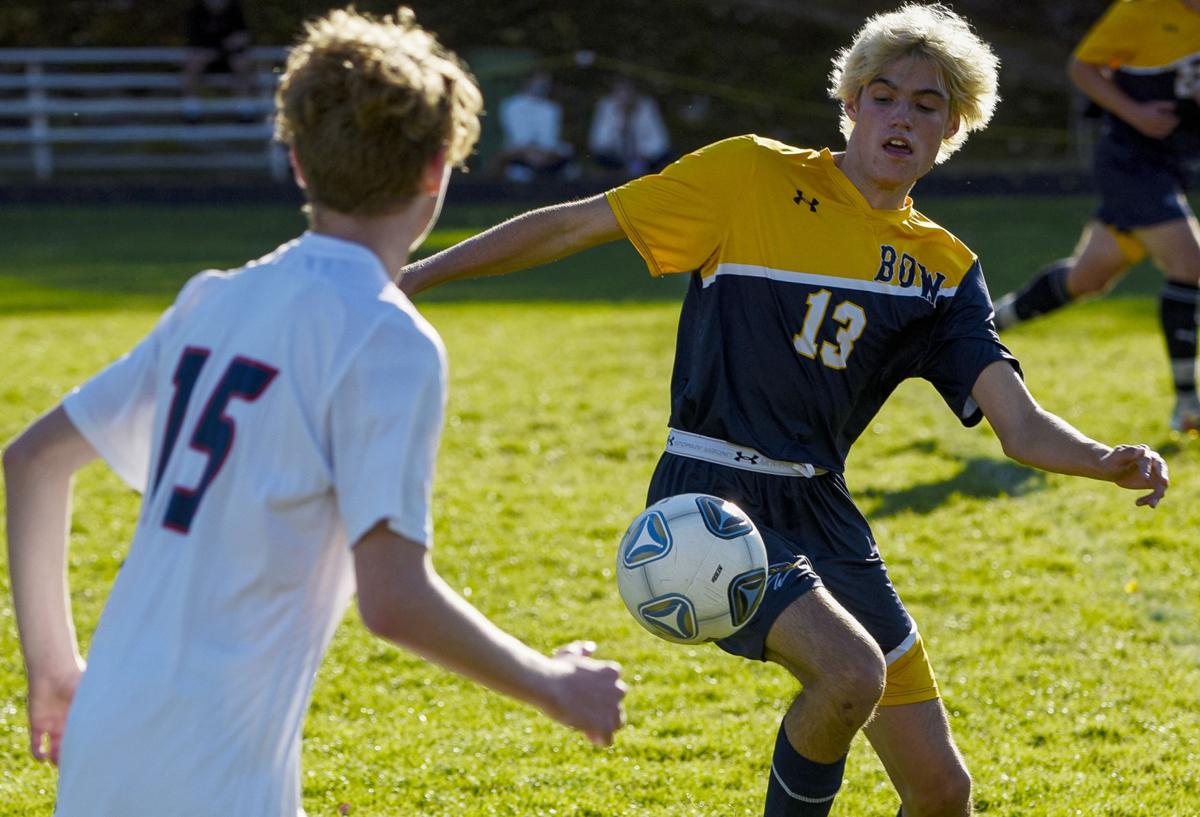 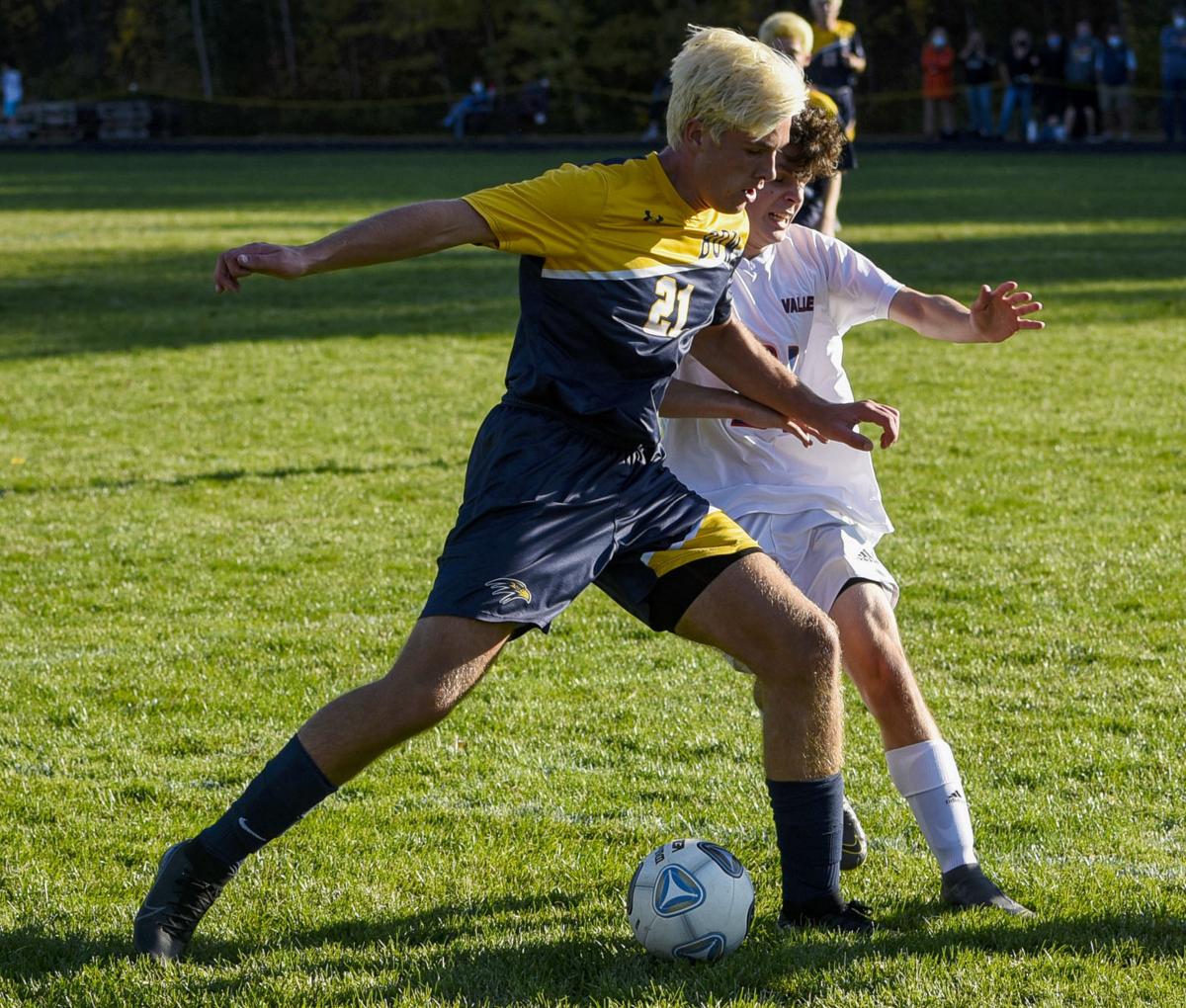 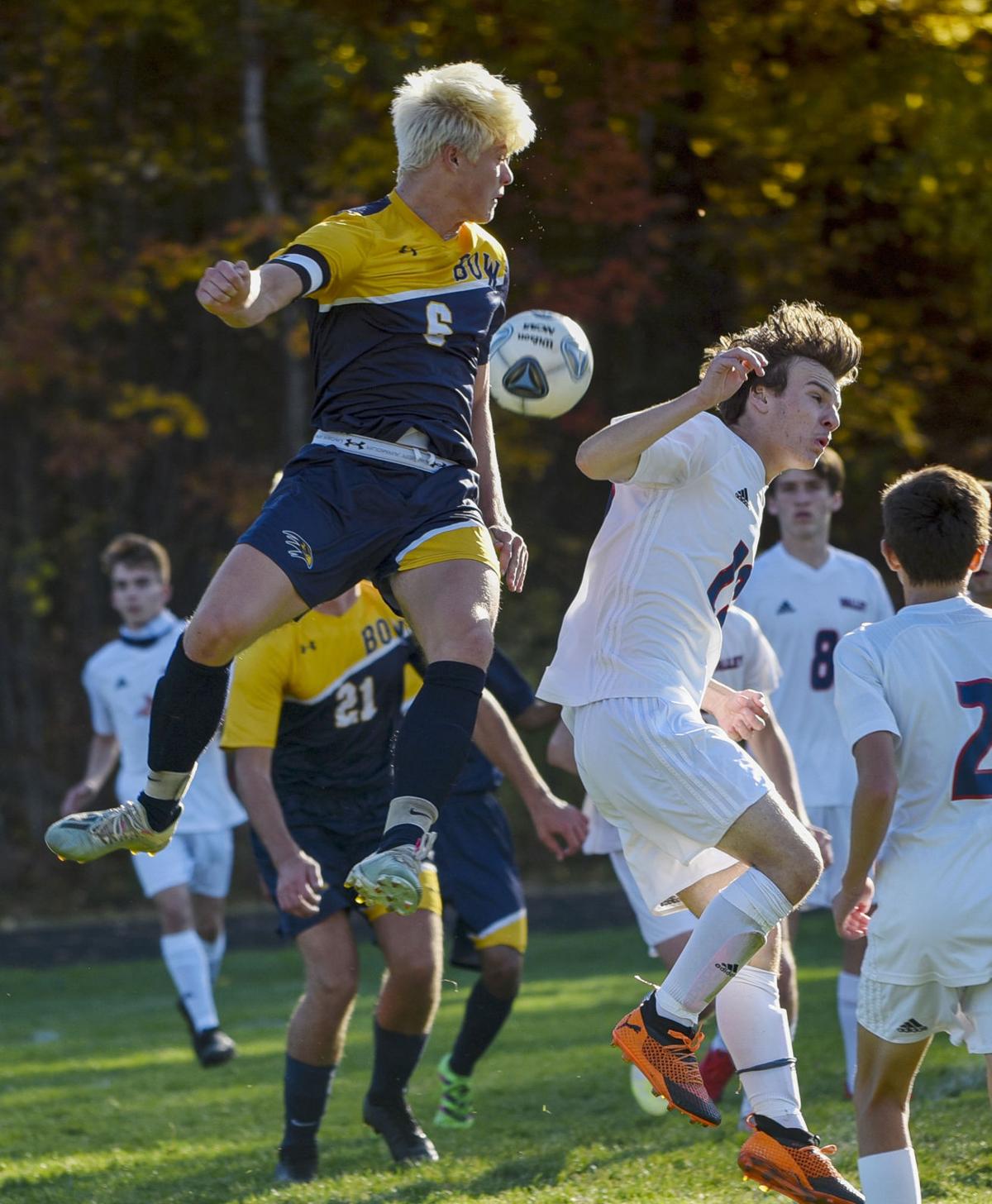 BOW — It was absolute madness.

After a scoreless first half, the Bow and Merrimack Valley boys soccer teams combined on five goals in a 16-minute stretch early in the second half, and when the dust settled, the Falcons had a 3-2 victory.

The win kept Bow undefeated at 5-0-3 on the season with a pair of games against Pembroke next week before the playoffs.

The Falcons have found ways to win this year but have found it difficult to score. Excluding two blowouts of Division III’s Hillsboro-Deering, Thursday marked the first time Bow had scored more than two goals in a game all season.

The sides played to a 0-0 at Merrimack Valley on Monday.

“We just have to finish,” Bow coach George Pinkham said. “It’s simple as that. You saw the chances we had in the first half. Up there we had chances. Second half, finally, three guys came through. That winning goal by John Salerno was an incredible finish.”

Salerno’s goal in the 59th minute came on a perfect toe poke to the far post and came less than a minute after Merrimack Valley tied the game at 2-2. A substitute, Salerno made life difficult for the Pride defense when he was on the field with sharp, cutting runs with and without the ball.

“I bring him off the bench, but he’s so fast,” Pinkham said. “He’s going to make a tough decision for me. He deserves to start.”

Noah Leuchtenberger and senior captain Matt Selleck had the other goals for the Falcons.

“It was crazy,” Selleck said. “It was fun. It was heartbreaking when we conceded two after scoring two, but we kept our heads (in it) and got another one.”

The Falcons outshot the Pride 16-2. Pride goalkeeper Mason Boudreau had six saves to keep Merrimack Valley in the game throughout despite Bow’s dominant advantage in ball possession.

“I think the biggest thing about how we keep possession is our defense,” Selleck said. “Our defense is so strong in the back that we’re able to win the ball and possess the ball going toward the goal.”

The win kept Bow near the top of the standings in Division II. The Falcons played fellow unbeaten John Stark to a pair of ties early in the season.

Bow sits in a strong position to make a run to its first state title game since making four in a row between 2010-2013.

Mikey Mullen and Lucas Godoi had the goals for MV.