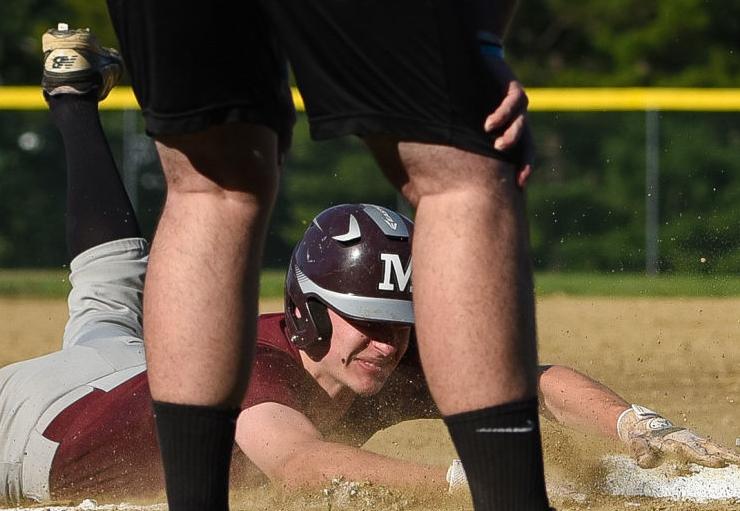 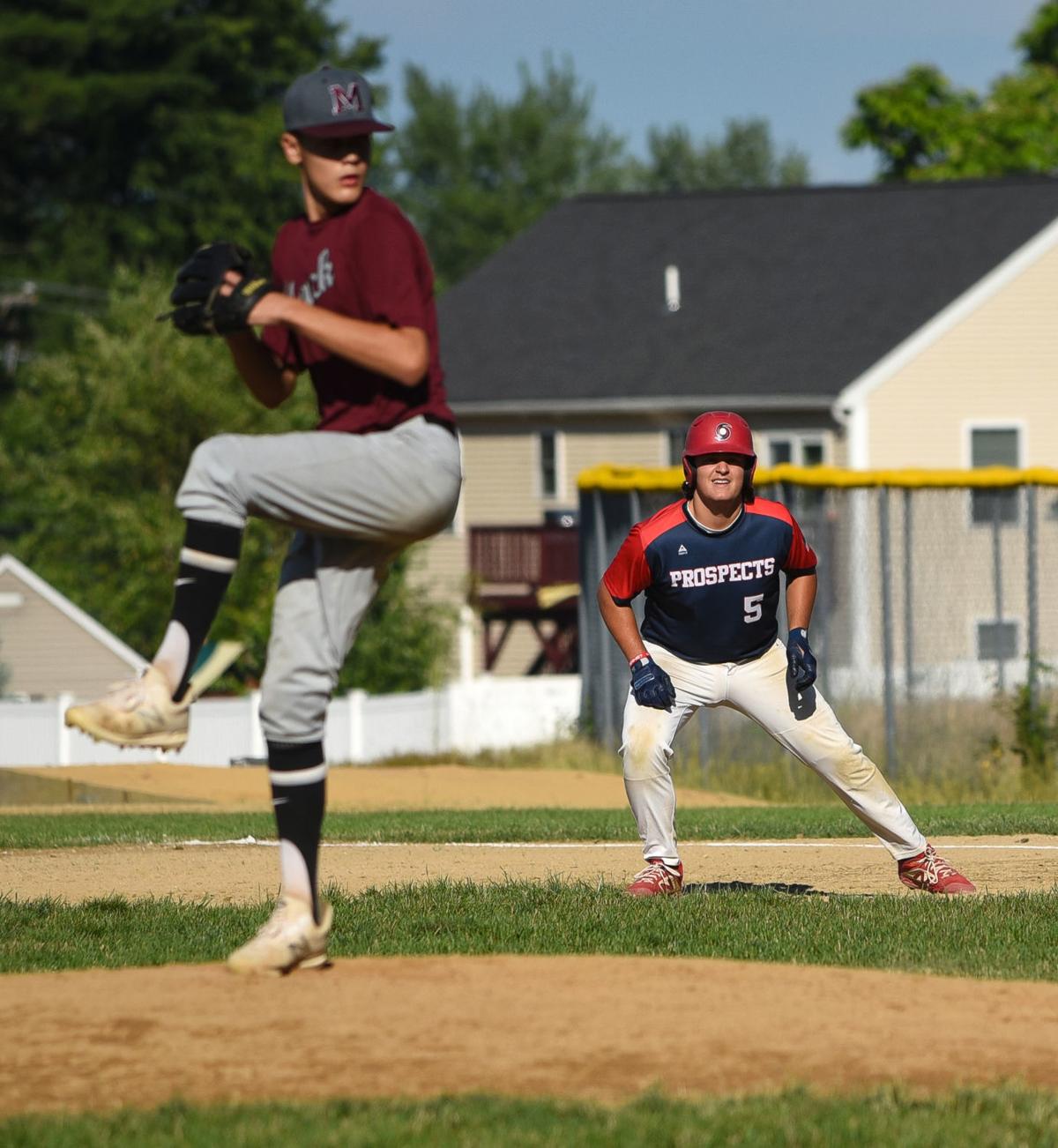 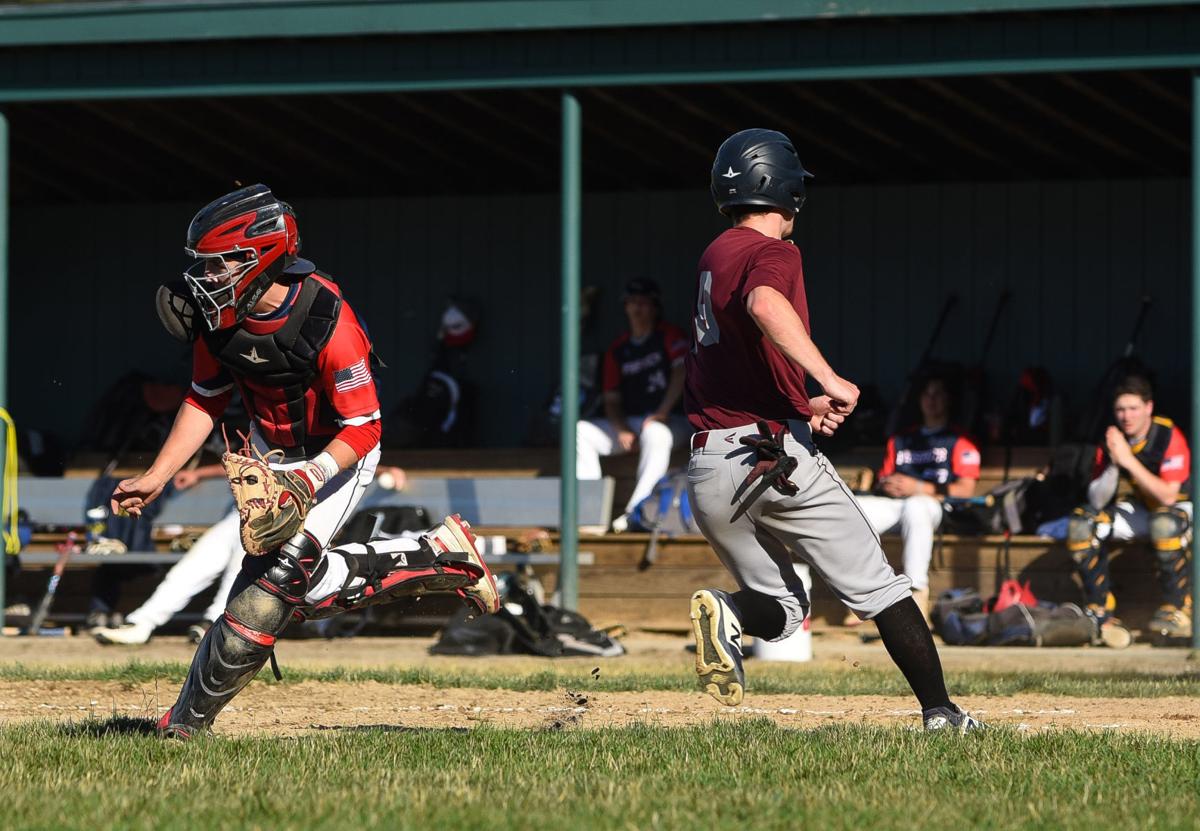 Merrimack Post 98’s Trevor Coyne scores their first run in the first as NH Prospect’s catcher Matthew McGill waits for the ball at Harvey Woods Field in Nashua on Friday. 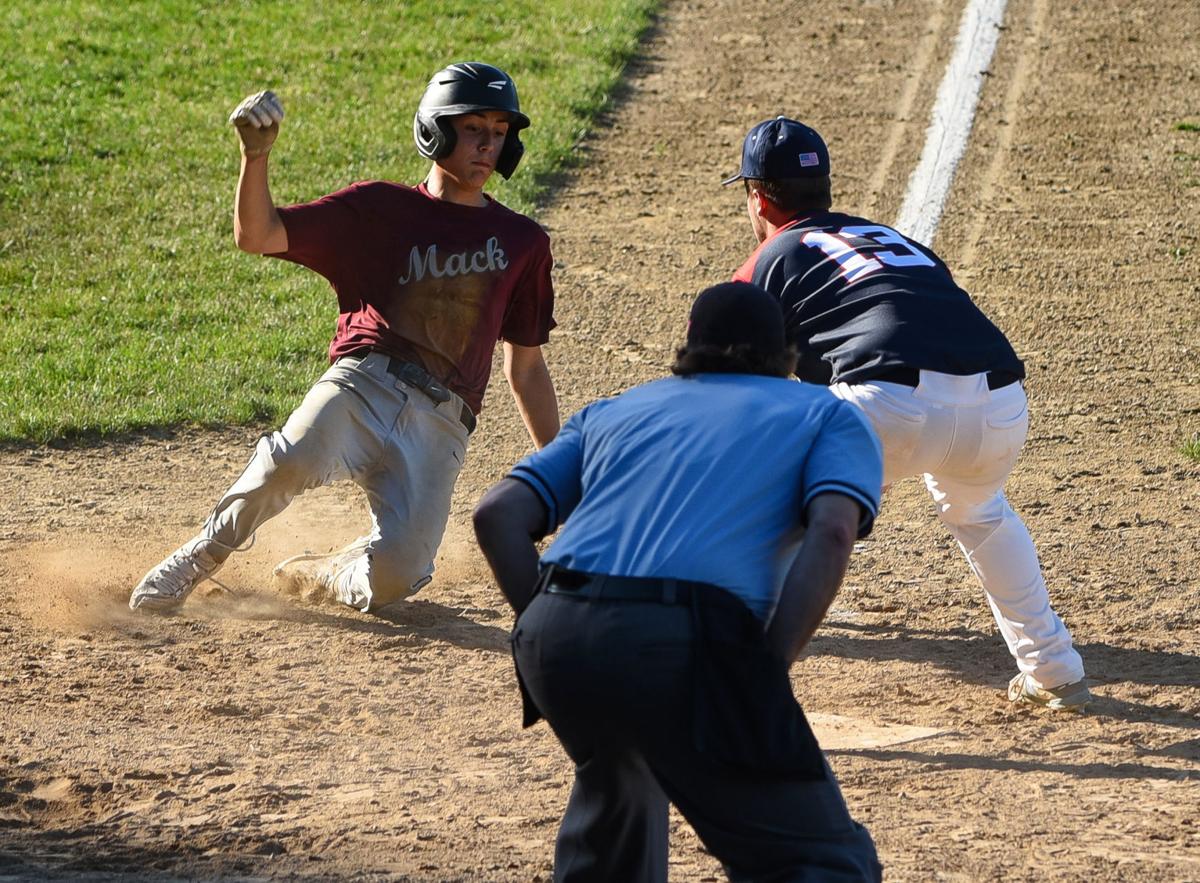 NH Prospects' Matthew Thibeault has the ball ready for the out on Merrimack Post 98’s Colin Burke at Harvey Woods Field in Nashua on Friday.

Merrimack Post 98’s Trevor Coyne scores their first run in the first as NH Prospect’s catcher Matthew McGill waits for the ball at Harvey Woods Field in Nashua on Friday.

NH Prospects' Matthew Thibeault has the ball ready for the out on Merrimack Post 98’s Colin Burke at Harvey Woods Field in Nashua on Friday.

WHEN Tom Walker held the first practice for his New England Independent Baseball League (NEIBL) team earlier this month, his players were beaming with excitement.

“The first practice was more like gymnastics than it was baseball,” Walker said. “Guys were doing cartwheels. They were just happy to be out.”

After months of planning and organizing following the cancellation of both the NHIAA spring sports and American Legion baseball seasons due to the COVID-19 pandemic, high school baseball coaches like Walker and Tim Lunn have created alternative options for their players this summer.

Walker, who coaches Souhegan of Amherst, is president of the NEIBL, which formed in 2013. Last summer, six teams participated in the league. This year, the league boasts 14 teams in the varsity division and another 14 in the new junior varsity division. Each team can roster up to 18 current high-school age players or graduated seniors.

Lunn, who coaches Bishop Guertin of Nashua, helped create the newly-formed — and likely one-year-only — New Hampshire COVID Baseball League (NHCBL), which features six American Legion and five AAU teams that can roster both high school and college players that were age 19 or younger as of May 1.

“We hit a lot of road blocks along the way to get stuff going but a lot of coaches kept on pushing because they knew the parents and kids really needed something, really wanted something,” said John Stark High and Weare Post 65 senior Legion coach Dennis Pelletier, who is coaching Weare’s varsity division NEIBL team this summer. “From my perspective, all the effort and work of trying to get going, it feels really good we’ve had the chance for it to happen. We could have easily given up more than a few times but we stayed with it.”

“New Hampshire has some pretty good baseball talent and some of it is in this league — from the high school level and first-year college kids who are 19 and came home and are eligible to play,” Mitropoulos said. “It makes the play that much better.”

“You’ve got big schools like Londonderry, (NHIAA) Division I schools, Division II schools, the Lakes Region guys are Division III and Division IV and they’re looking forward to mixing it up with some of the bigger groups,” Walker said of the NEIBL. “The fact that players are seeing new faces, playing on different fields that they haven’t probably played on is a good thing. It adds a little bit to the excitement.”

The NHCBL schedule includes 20 regular-season games and will hold its playoffs in early August. Walker said NEIBL teams will play between 18-20 league games. He is currently trying to create a limited postseason. The league will conclude play by Aug. 9.

Both the NHCBL and NEIBL allow out-of-league competition against teams in either league and other programs like the Berlin/Gorham Babe Ruth team and the independent Nashua Chiefs, longtime NEIBL members but not in the league this year.

“This is essentially replacing the spring season,” Demas said. “I don’t normally coach in the summer. The (Londonderry) team is staffed by most of the high school coaches. You have to have exposure to these guys. You can’t go a full year without seeing them.”

As teams from both leagues have begun practices, scrimmages and games, coaches have noticed how appreciative their players are to simply be back on the diamond.

“You look at them and they’re just happy to be out there,” Pelletier said. “They get out on the field and they’re ready to go and ready to have a good time and play the game they love.”

Lunn said most NHCBL teams started formal practices at the beginning of the month. His Nashua Defenders team has played three games so far and will play again Sunday morning.

“It’s really been fun for all the kids just to get back on the field. ... They’ve all been shut down for months,” Lunn said. “Three months, they couldn’t do anything or go anywhere. A lot of these kids, baseball is their thing in the spring or their thing in general. For them to not do it, it’s been tough.”

Weare was the first NEIBL team to hold an organized workout, which Walker attended. He regrets not recording the players’ excitement that day.

“I happened to be there and I didn’t get video of the guys dropping their bags, putting on their cleats and playing catch for the first time this season,” Walker said. “There was a level of effort, focus and smiles. I wish I captured that and put it out.”

While coaches expect the competition in both leagues to be strong, their emphasis is more on helping their players develop and giving them the opportunity to play.

“We want to win every game we play this summer but more than anything, it’s just about enjoying being on the field,” Lunn said. “If the spring taught us anything, it’s that you can’t take anything for granted, so enjoy it while we can.”