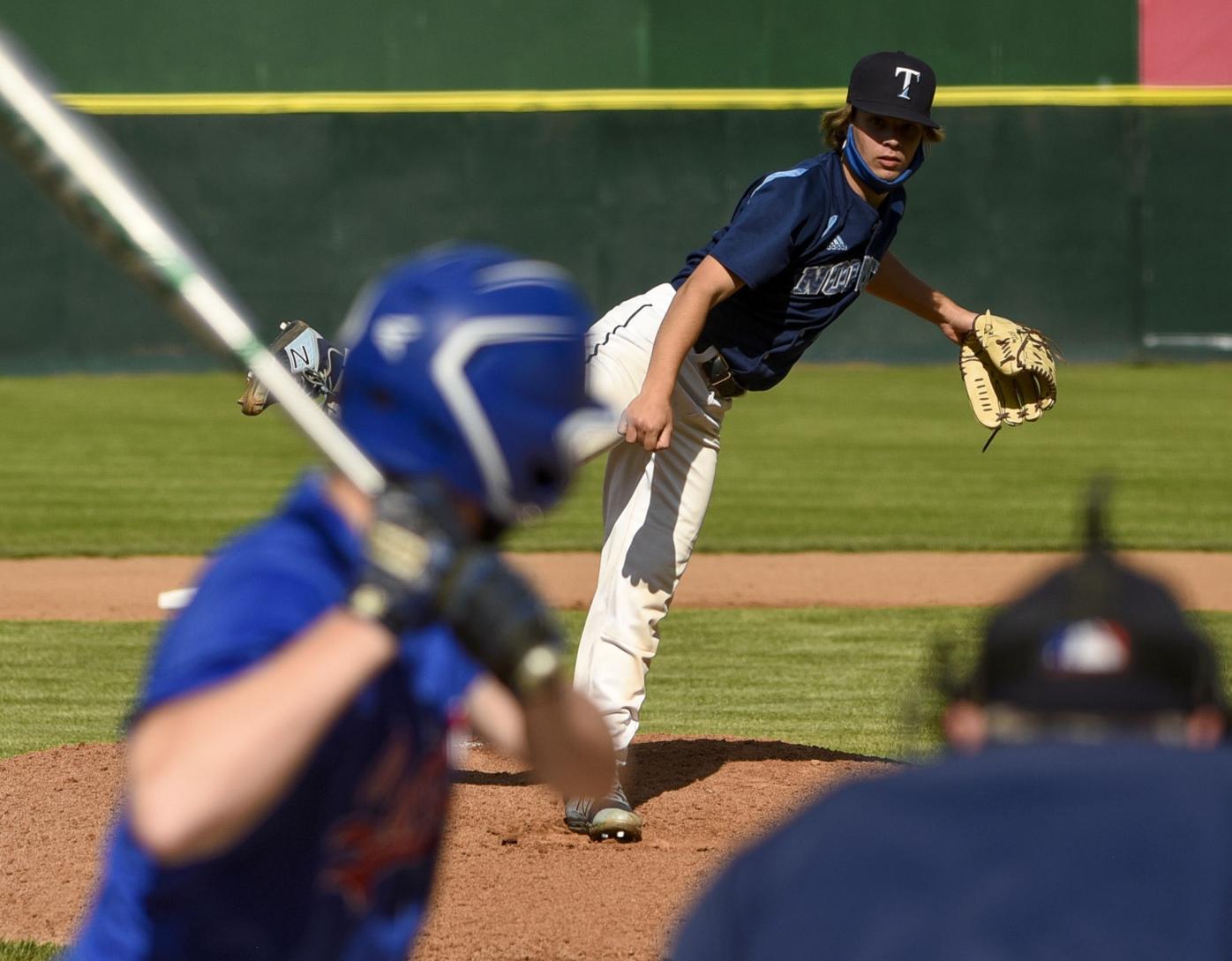 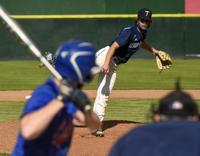 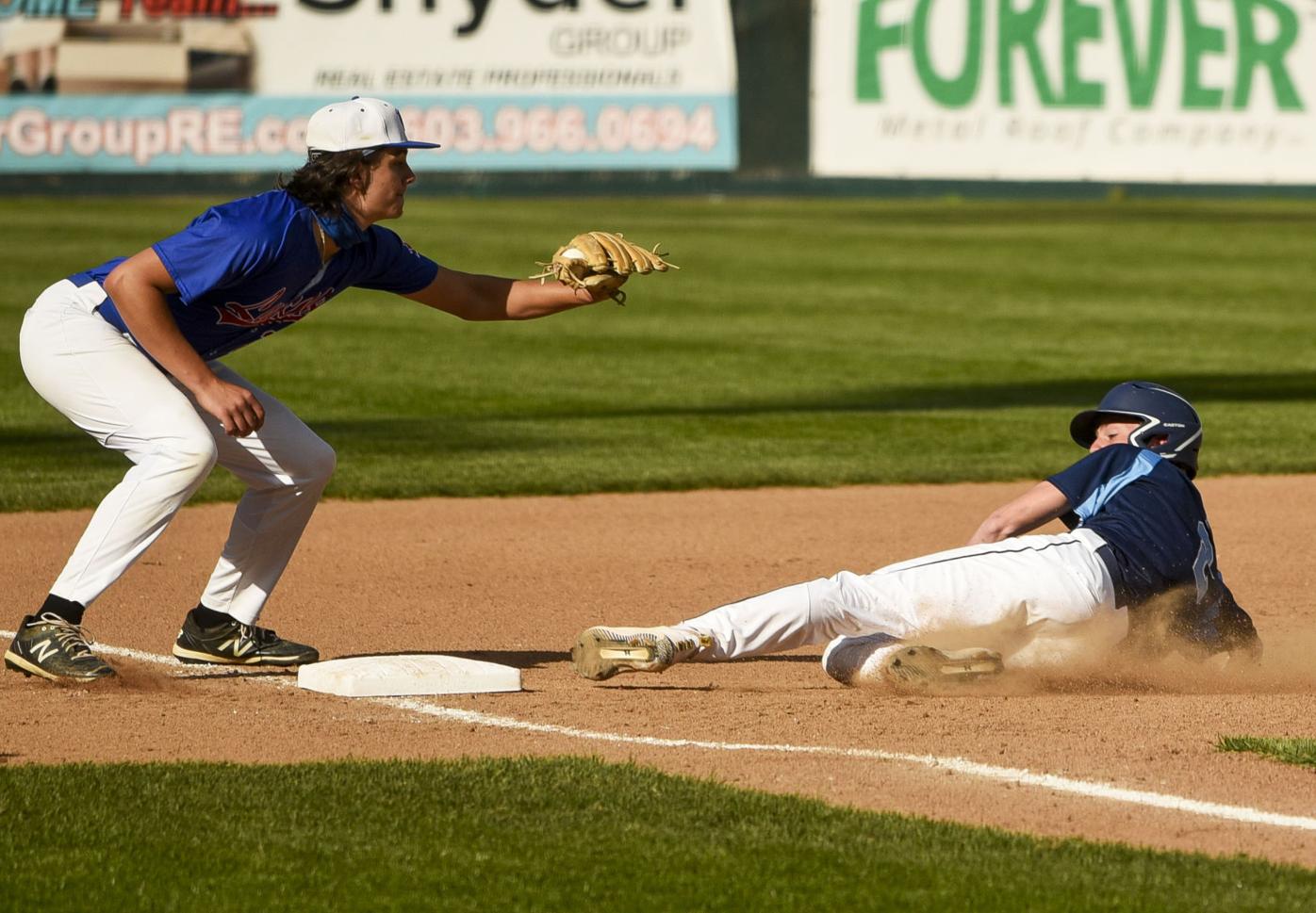 Nashua North’s Derek Finlay is safe, ahead of the tag about to be made by Londonderry third baseman Aden Parsons, on Thursday at Holman Stadium in Nashua.

Nashua North’s Derek Finlay is safe, ahead of the tag about to be made by Londonderry third baseman Aden Parsons, on Thursday at Holman Stadium in Nashua.

NASHUA — It’s unclear what got into the Nashua North baseball team Thursday afternoon, but North coach Zach Harris would no doubt like to bottle it.

North entered Thursday’s matchup against Londonderry with a 4-7 record and on a four-game losing streak. In addition, North was facing a one-loss Londonderry team that had its ace, Owen MacDonnell, on the mound.

No matter. The Titans knocked MacDonnell out of the game in the fourth inning and cruised to an 11-1 victory at Holman Stadium. North played so well the game ended in the sixth inning because of the 10-run mercy rule.

“It’s high school baseball,” Londonderry coach Brent Demas said. “He’s one of the top pitchers in the state and I think all the top pitchers have been beat this year. I guess this was his turn. They hit the fastball.”

North’s Corey O’Day looked like one of the top pitchers in the state in this game, though. O’Day retired the first 14 batters he faced and went the full six innings. He surrendered three hits and struck out four.

“I’ve had a rough start to the season, but it was great to have the offensive support and the defense today,” O’Day said. “My offspeed was definitely working today. I know those guys can hit fastballs pretty well, so knowing that I had offspeed really helped me. I just tried to go out there and be the better guy (pitcher).”

O’Day, who will play for New England College (recruited as a catcher), also collected three hits. Catcher Ryan Bourgeois and right fielder Andy Barry each had a two-hit game.

“(MacDonnell) is a great pitcher. We knew we were facing a top-five pitcher in the state coming in, so our plan was to attack every fastball he threw in the zone. Luckily, the kids did a great job with their approach.”

Londonderry’s only run came in the fifth, when Gavin Parent scored on a Ty Miles single.

“It’s never about who you’re playing,” Harris said. “It’s about us and us getting better, and hopefully we’re playing our best baseball by the end of the regular season.”