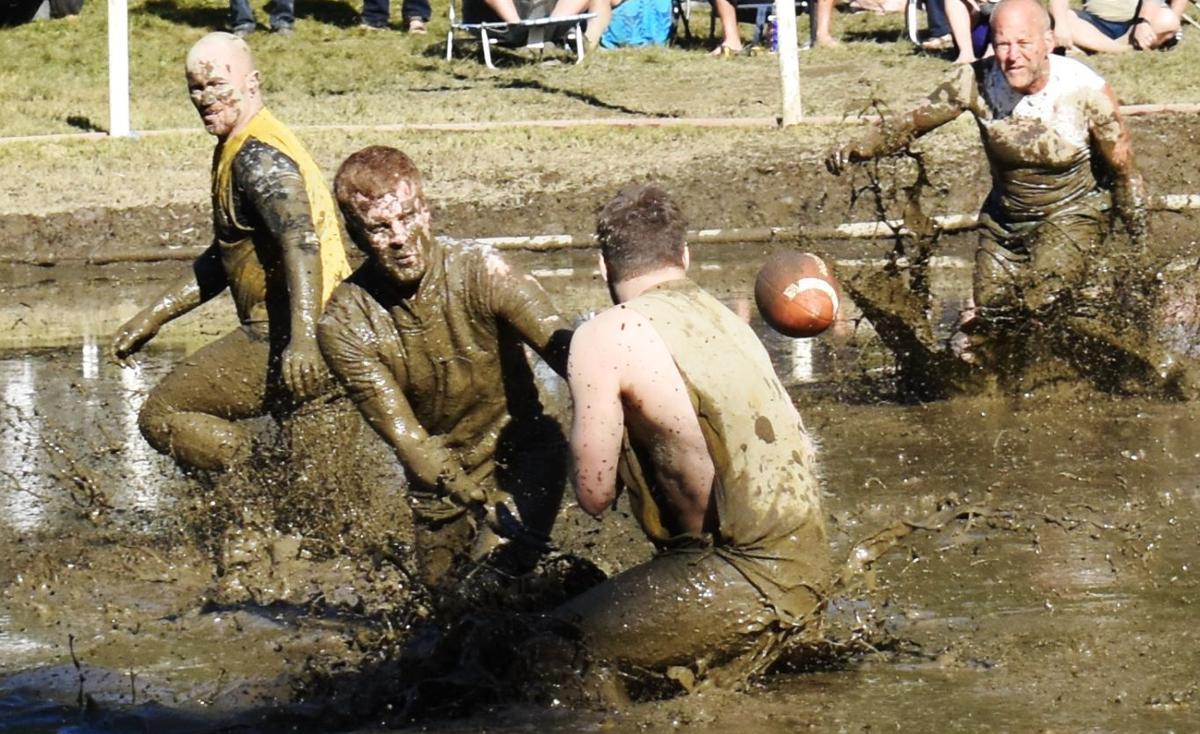 A play unfolds during the Mud Bowl championship won by the Amherst Muddas at the Hog Coliseum in North Conway. 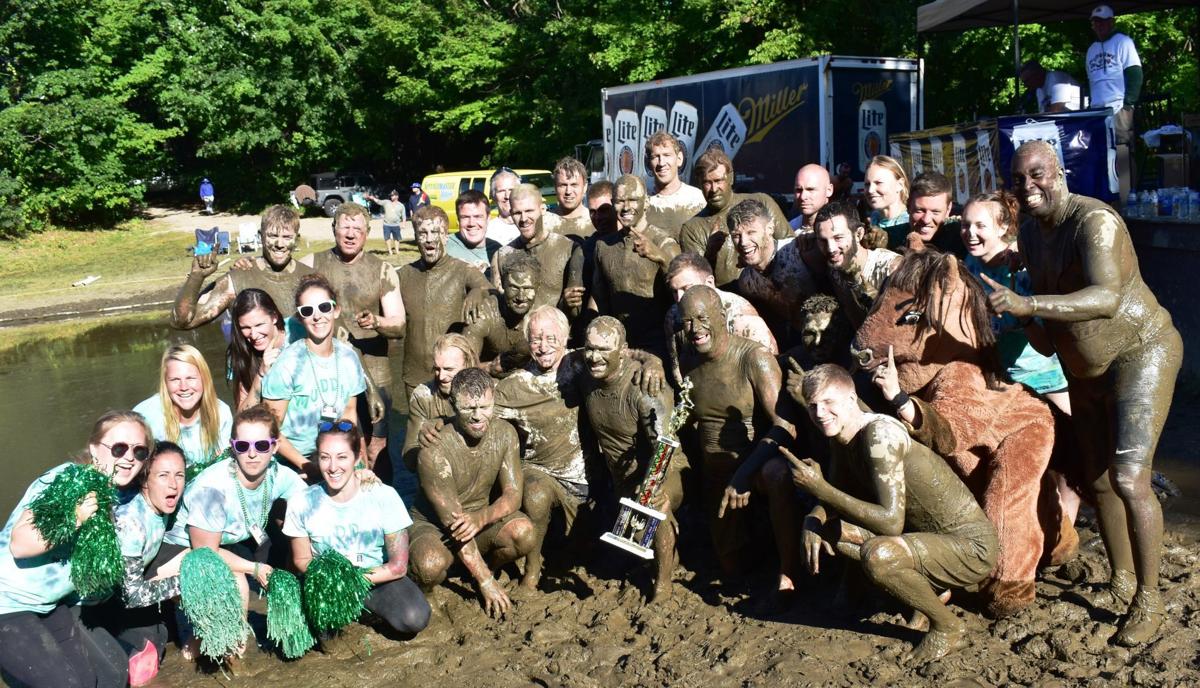 A play unfolds during the Mud Bowl championship won by the Amherst Muddas at the Hog Coliseum in North Conway.

NORTH CONWAY — In a repeat of the 2018 championship game, the Muddas Football Club of Amherst on Sunday again put a major hurt on the North Shore Mudsharks, 30-0, to win the World Championship of Mud Football.

Known as the Mud Bowl, the game was held at Hog Coliseum. When the mud stopped flying, the Muddas were celebrating their record 21st Mud Bowl crown.

“I felt pretty good,” said Jay Holder, the Muddas’ quarterback, who had several scoring strikes against what he said was a solid Mudsharks’ defense. “I thought we started more slowly than I would have liked, but we spread the ball around to all our receivers.”

Among those on the receiving end of a TD from Holder was his brother Ryan and grand-nephew Jamie Holder.

Joining the familial highlight reel was Jason Holder. Jay and Ryan’s dad, Jason scored a point-after touchdown and pointed out that, cumulatively, three generations of Holders played on Sunday for the Muddas, whose members come mostly from the Granite State, but from other parts of New England, too.

Jay Holder said the Muddas’ success is a direct reflection of the fact that “we have just a phenomenal group of guys.”

According to the history of the Mud Bowl, the first game to bear that name was played in 1972 at the University of Maine before moving to its current location in North Conway.

The Mud Bowl has raised money for non-profits in the Mount Washington Valley and it is the largest annual fund-raiser for the North Conway Community Center, said Carrie Burkett, its general manager.

The Mud Bowl caps three days of festivities in North Conway that included a parade and two days of seven-on-seven football. A dozen teams participated this year in the double-elimination tournament that began Saturday.

The 2019 Mud Bowl was a first for Burkett, who added that it also featured four women’s teams “and that’s amazing.”