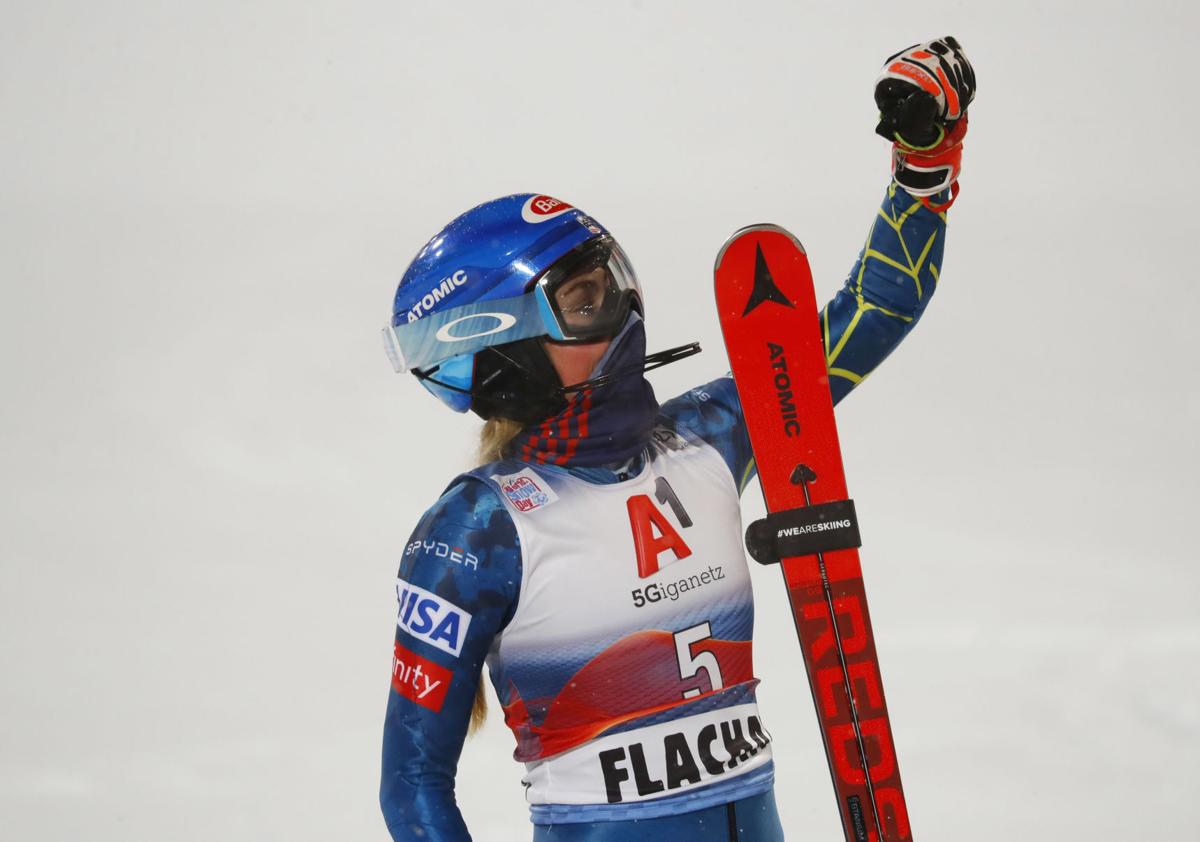 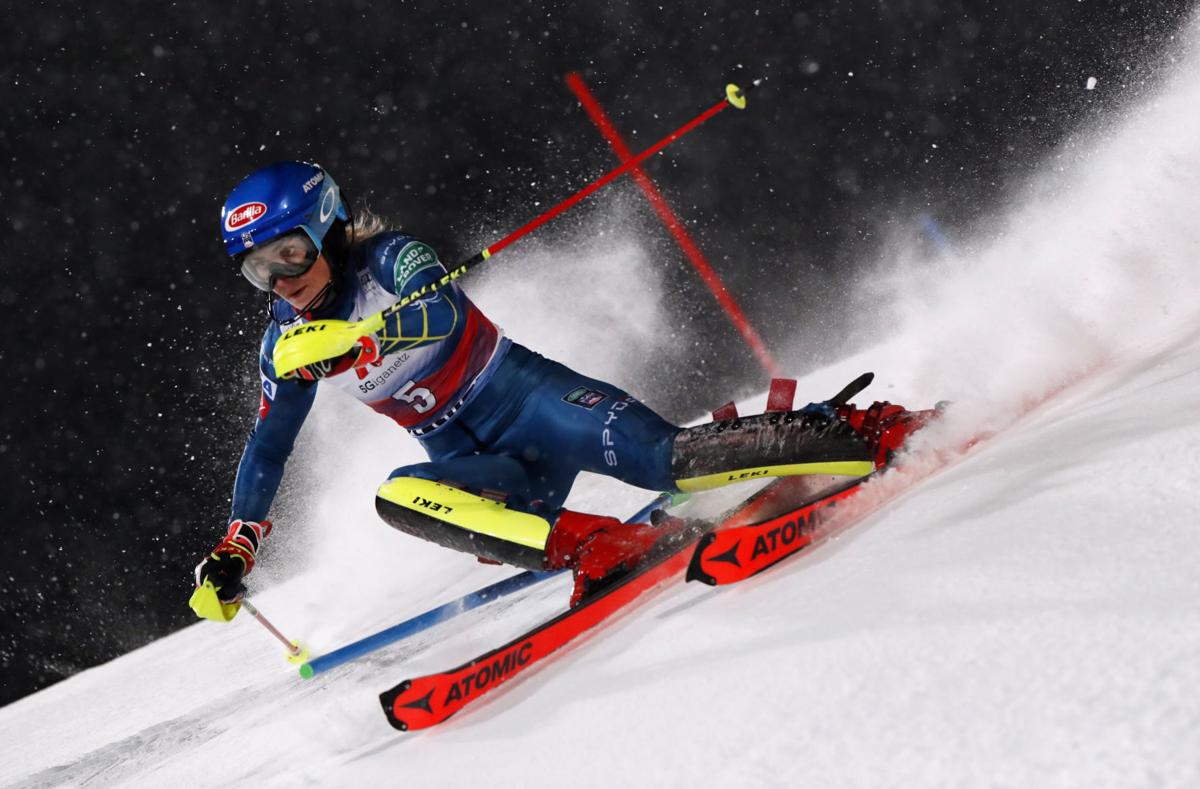 Mikaela Shiffrin competes in the slalom on Tuesday in World Cup competition in Austria.

Mikaela Shiffrin competes in the slalom on Tuesday in World Cup competition in Austria.

Mikaela Shiffrin is especially strong in slalom events, and she clearly likes skiing in nighttime competition.

And that was the recipe for success on Tuesday as Shiffrin, who spent her formative years living in Lyme, N.H., took gold in the women’s slalom under the lights in Flachau, Austria.

The triumph marked Shiffrin’s first in a year in the slalom. It was also Shiffrin’s 100th World Cup top-three finish. The 25-year-old became the eighth skier — fifth woman — to reach 100.

Shiffrin’s 68th win also vaulted her to No. 3 on the all-time victories list, trailing only Ingemar Stenmark (86) and Lindsey Vonn (82).

Shiffrin finished 0.19 seconds faster than runner-up Katharina Liensberger of Austria. Shiffrin has won the race four times and has taken a top-three spot all eight times she has competed in it.

The World Cup circuit continues this weekend with giant slalom competition in Slovenia.