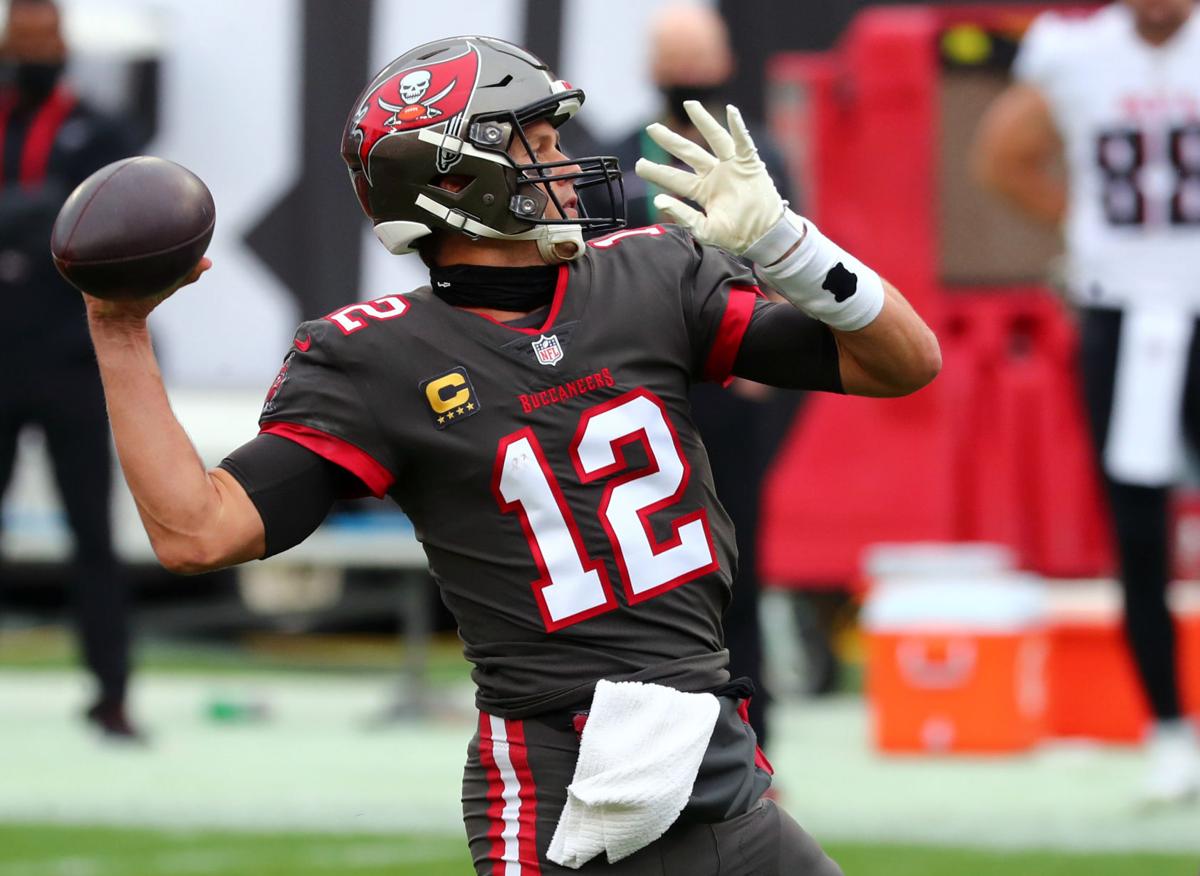 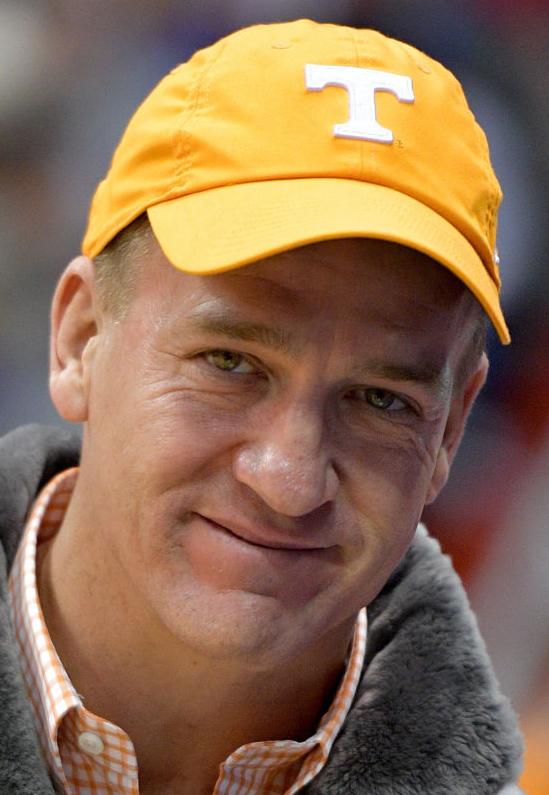 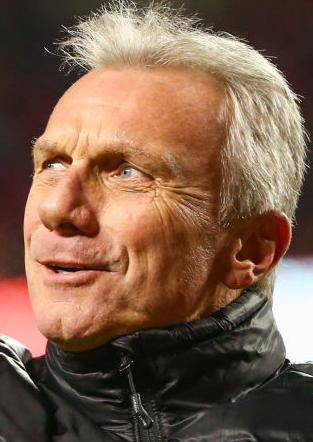 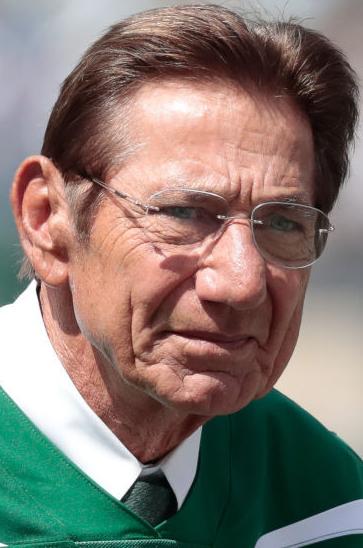 Tom Brady watched a late-game pass fall incomplete, turned to the sideline and spat a couple of harsh words. It was Week 17, and he had already revived a dormant Tampa Bay Buccaneers franchise and directed it into the playoffs. He had already passed longtime rival Peyton Manning for the most touchdowns passing by a quarterback in his first season with a new team — 38. He was 43 years old and still a top NFL quarterback, somehow.

But he was upset, impatient. He shook his head.

On the next play, Brady whistled his 39th touchdown pass of the season to Chris Godwin, who was born when Brady was in college. That score, Brady’s fourth of the day, would cement an 11th win for the Buccaneers. Godwin would call Brady’s latest record “really dope, man.” Coach Bruce Arians quipped, “I know he’ll like that; Peyton will be pissed.”

Brady shrugged it all off. “It all comes down to one game,” he said after beating the Atlanta Falcons on Sunday and finishing the campaign with 40 touchdown passes. “Now that the regular season’s over, it’s one football game — who plays well, who executes when the pressure is on.”

He’s right. In one sense, Brady has an impenetrable legacy: He has six Super Bowl wins. In another sense, part of his legacy will spin in a different direction depending on how he spins the football in the postseason for the Bucs — starting Saturday night against the Washington Football Team at FedEx Field.

Second acts have ranged wildly for Hall of Fame quarterbacks in the NFL. Manning’s four-year journey with the Denver Broncos resulted in two Super Bowl appearances — arguably a Hall of Fame career on its own. Joe Montana took Kansas City to the playoffs but fell short of a crowning moment. But the final acts of Hall of Famers Joe Namath in Los Angeles and Johnny Unitas in San Diego ended with a whimper.

Brady arrived in Florida with some of the same questions faced by other aging greats. Was he behind the times? Was he still as potent without his former crew? Would this last hurrah be triumphant, like Manning’s? Or would it be awkward, like Brett Favre’s?

Adding to the drama is that Brady chose this detour. The Patriots had not moved on to some younger model, giving their star a ceremonial rocking chair. Brady loved New England, and New England loved him. “The entire situation was Tom needed a fresh start,” former Patriots teammate Tedy Bruschi said. “It’s what he wanted, what he was searching for.”

So far, so great

So far, Brady has been a blockbuster for Tampa Bay — a franchise that has never given a second contract to a quarterback it has drafted. His new team is in the playoffs, and his old coach, Bill Belichick, is not. But just because his new coach says Brady has “totally exceeded expectations” does not mean he has matched his own. And an 11-win regular season doesn’t mean a playoff flop won’t twist the awesome Brady oeuvre into something just a little less pristine.

If you aren’t sure what a single playoff run can do for a quarterback’s reputation, consider Brady’s first postseason. Before he arrived in New England in 2000, the Patriots had only three playoff wins in the previous 15 years. The 2001 team was considered a fluke all the way through the playoffs, beating Oakland on the infamous “Tuck Rule” call and then sneaking past the favored Steelers in Pittsburgh. Brady and his teammates were 14-point Super Bowl underdogs against the Greatest Show On Turf, the St. Louis Rams.

“Everything was being shaped and formed — his mental toughness,” Bruschi said. “We were getting to know him, too. He took care of the ball really well, made great decisions. He knew when to take a chance, and he did.”

The 24-year-old Brady took the field late in the fourth quarter of a tie game, and legendary broadcaster John Madden declared the Pats should play for overtime instead of going for the win. Brady led a final, heart-stopping drive, with poise that seemed almost jarring back then, and Madden rescinded his second-guess even before the championship-winning field goal went through the uprights.

Brady and the Patriots were suddenly world-beaters and narrative-twisters. The new image would stick.

All these years later, now post-Belichick, Brady has shepherded another afterthought team into the playoffs. And for the Bucs, too, Brady’s rock-steady poise has helped.

“His calmness on the sidelines when we’re not winning, and we’re going to win,” Arians said. “You put those in a bottle, and you’re going to make a lot of money.”

There has been turbulence. There were murmurs early on that Brady and Arians didn’t vibe. There were other murmurs about Brady’s ability to throw the long ball — a significant problem in Arians’ offense. The pandemic-torn season didn’t do Brady any favors, either; it limited his ability to get used to his combination of new targets (Godwin and Mike Evans) and those from prior Patriots teams (Rob Gronkowski and Antonio Brown) along with a new playbook.

“We went to New Orleans (for the season opener) still learning words,” Arians said. “When a quarterback calls a play, he should have a picture in his head. I don’t think that happened till November. We just continued to learn what words meant and what concepts meant. And we were adjusting those concepts as we went along ... We just kept evolving.”

Brady had an almost robotic symbiosis with his receivers in New England. Last week in a video conference call with reporters, he told a story about one offseason when Gronkowski wanted to work out with him to get in shape for a GQ magazine photo shoot. The pair went out to a park in the driving rain, weeks removed from any game action, and connected on 60 passes without a drop.

In Tampa, well, it wasn’t that smooth at first. “Any time you transition, a lot of things are different,” Brady told reporters last week. “You get used to one way, one routine, and then everything is different.”

Brady reportedly walked right through offensive coordinator Byron Leftwich’s front door during the summer without realizing it wasn’t Leftwich’s house. Receivers took even longer to figure out where No. 12 needed them to be.

“As the year’s gone on, we’ve gotten more comfortable with what Tom’s looking for as far as body language,” said Godwin, and the scoreboard says it’s working: Over the past four weeks, the Bucs have scored 26, 31, 47 and 44 points.

“He’s been getting everyone on the same page and seeing the same things that he does,” offensive lineman Ali Marpet said, “and he makes everyone play a lot faster.”

There is one crucial difference between Brady and all the other second acts: Brady, at 43, is arguably as good as ever. In the first half of his career, from 2001 to 2011, his offensive grade as calculated by Pro Football Focus was above 90 only once — in the 18-1 season with Randy Moss in 2008. Since then, Brady has eclipsed 90 six times, including this season. In December he became the first quarterback since 1978 to throw for more than 600 yards in a four-quarter span.

“He’s a very unique guy,” said Leftwich, who is 40 and nearly three years younger than Brady. “Not a lot of guys are built like him.”

Brady cresting in the fourth quarter of his career matches the fourth quarter of most of his games, and that’s by design. He didn’t want to just hang on; he wanted to accelerate into his 40s. Bruschi remembers Brady talking to him about his hoped-for longevity all the way back in 2008, when they were still teammates.

“I thought he was crazy,” Bruschi said. “I’m like: ‘I don’t know what you’re talking about. OK, that’s great, that’s great.’ “ Bruschi compared Brady to “Han Solo in the carbonite.”

Brady hasn’t been shy about this in Tampa, either.

“He’s really been preparing for this moment for so long,” Leftwich said. “It’s no shock to him. He’s preparing to play this long — just talking to him — for a while now. He’s done everything he possibly can to play this long to give him the opportunity to play like this at the age he is.”

“This moment” looks to be longer than a moment. Whereas Manning won his Super Bowl in Denver with a heavy reliance on the Broncos’ defense, it’s clear Brady can still win with his arm; he finished the regular season with more touchdown passes (40) than any quarterback in the league not named Aaron Rodgers or Russell Wilson. The idea that he could play until age 45 has gone from borderline crazy to borderline obvious.

“If he gets this done,” Bruschi said, “you can talk basketball, but changing the culture of a football team with one player? Where does that happen?”

Maybe it’s happening in Tampa — although No. 12 is not exactly basking in the glow of a Gulf Coast sunset. He’s still muttering and glaring when things go wrong. He’s still 0-0 in his mind.