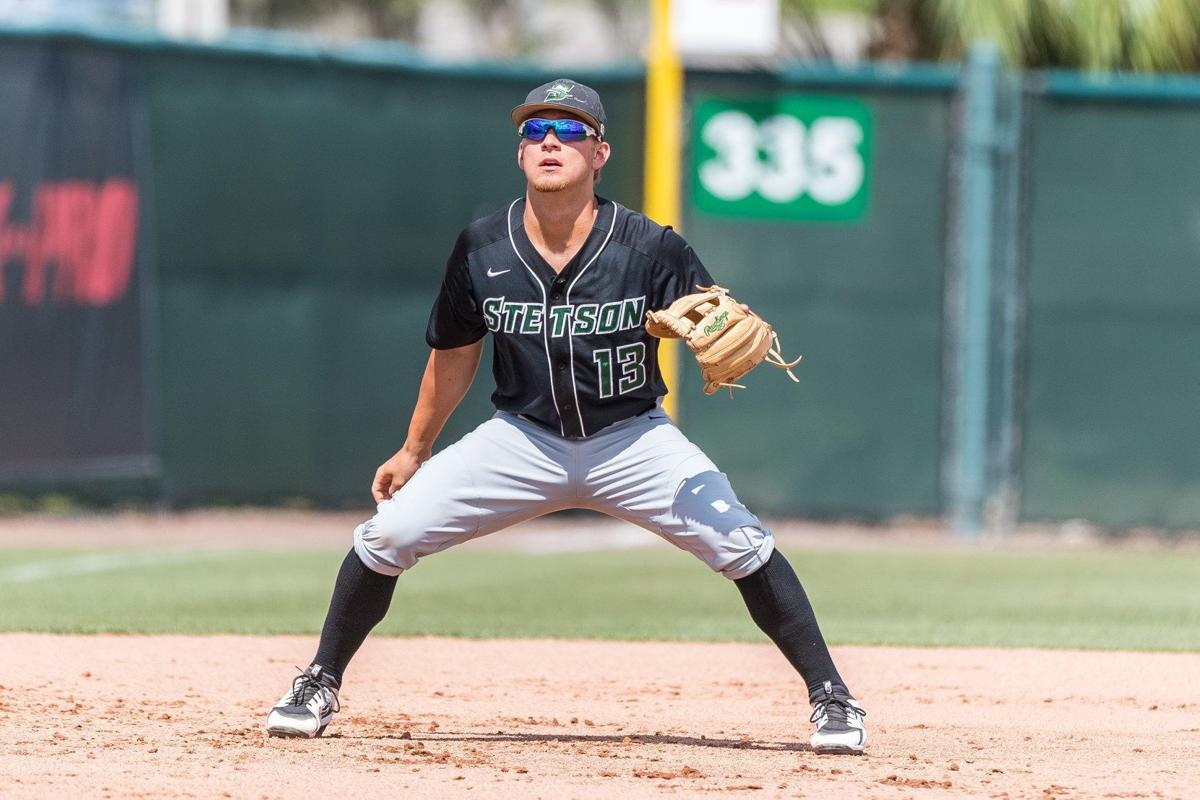 Kyle Ball had a productive sophomore season at Stetson University this spring. 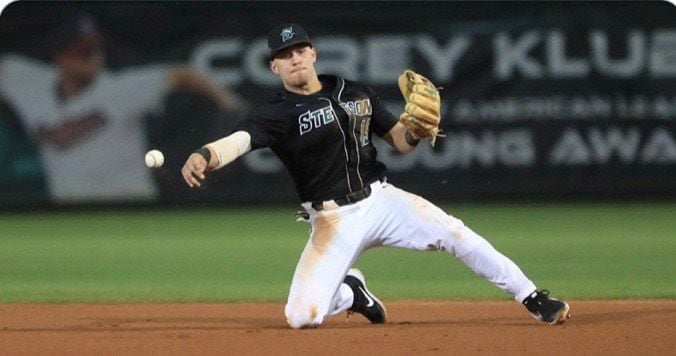 Kyle Ball had a productive sophomore season at Stetson University this spring.

Part of maturing as a baseball player is coming to terms with your limitations. Not everyone can be the guy that mashes double-digit homers year in and year out. Sometimes, you have to be the one who sets the table or drives in runs with line drives into the gap.

That’s who Kyle Ball is.

It was a frustrating realization for him at first, but conversations with coaches — particularly Joe Mercadante, his hitting coach at Stetson University in Florida — has helped convince him that there are more ways to contribute at the plate than just hitting the ball over the fence.

“Absolutely (it was tough),” said Ball, who is currently playing summer ball with the Keene Swamp Bats of the New England Collegiate Baseball League. “But you have to check the ego at the door. I’m not going to the plate and hitting a home run (every time). It’s not who I am and it’s not who I’ve been my whole life.

”I had an exit meeting with (Mercadante) after last season and the biggest thing he told me was to just stay within myself and don’t try to do too much. Don’t try to swing too hard or think too much at the plate. Just be me and put a good swing on the ball.”

Once the Stratham native was able to look in the mirror and be real with himself, things started falling into place. This summer has been a particularly productive one for Ball as he earned a trip to Monday’s NECBL ALL-Star game by hitting .303 (44-for-145) with one home run, four doubles and 18 RBIs through 35 games. He also leads the Swamp Bats in steals with 15 and ranks fifth on the team with 23 runs scored.

It’s a continuation of a strong sophomore season at Stetson. After playing sporadically his freshman year, Ball took over as a starter for the Hatters toward the end of that season and held onto that spot throughout his second year. He responded by recording a .258 batting average in 58 games while racking up 11 doubles, 18 RBIs and reaching base 36 percent of the time.

“I haven’t changed much, I just think it’s more of a confidence thing,” Ball said. “I had my first full season with Stetson this year and the biggest thing I was trying to work on going into this summer was staying within myself and not trying to be something I’m not. Just trying to hit singles and doubles and doing what I can to try to get on base; let the rest take care of itself.”

The carefree environment with Keene has certainly helped his development as well. Rather than put a ton of pressure on the players, the coaching staff is more laid back and interested in helping them improve without harping on any mistakes they might make. Ball appreciates that.

“Our coaching staff is great at Keene,” he said. “They kind of just let us do our thing, and when we need someone to go and talk to they’ll be there for us. They always give positive reinforcement and they don’t get on us. If we strike out or do something we wish we didn’t do, they’ll just laugh about it and tell us we have more at-bats. It’s a real relaxing environment and I think that’s the biggest thing that’s helped me and my teammates. We’re all just having fun and we’re relaxed and playing the game the way that we should be.”

With his junior year fast approaching, Ball is happy with where he is, feeling more comfortable both in the batter’s box and on the field. That isn’t to say he’s grown complacent; he’s just looking forward to seeing what he can do without having to worry about small things.

“From my freshman year to my sophomore year, the biggest thing was just trying to improve as a baseball player and making little steps here and there,” he said. “Going into my junior year, I’m not going to change anything. My mindset is the same: I have to have a good fall, have to work hard and hopefully have a great junior year. Most importantly, I hope we can win on the field.”

With another year under his belt, Ball is going to be asked to play a big role on a Stetson team looking to improve upon its 27-32 record in 2019. He seems ready to step up and do whatever he can to contribute — just don’t expect him to hit balls into orbit.

The New England Collegiate Baseball League’s All-Star festivities are set to take place Monday and will be hosted by the Vermont Mountaineers at Montpelier Recreation Field.

Kicking things off is the Home Run Derby, which is scheduled to start at 3:30 p.m. and will feature one player from each of the NECBL’s 12 teams.

Using a two-round format, all players will get three minutes to hit as many home runs as they can in the opening round. The top two hitters will then advance to the championship round where they’ll be given four minutes to swing away.

Liberty’s Logan Mathieu and Eckerd’s Sam Cochrane will represent the Keene Swamp Bats and Winnipesaukee Muskrats, respectively. Mathieu is tied for third among Keene players with six home runs this summer while Cochrane’s five are tied for second on the Muskrats.

The All-Star game itself will start shortly after the conclusion of the Derby, with scouts from all 30 MLB teams expected to be in attendance.

Keene is sending eight players to the game, including Mathieu, Ball, Joe Simeone, Ryan Hogan, David Bedgood, Randy Bednar, Kevin Walsh and Will Wagner. Hogan will start the game at catcher and Bedgood will begin in the outfield with the others coming off the bench at their respective positions.

Cochrane is Winnipesaukee’s only representative, though he will start in the outfield.

Palacios on a tear

Josh Palacios has been white hot at the plate over the past two weeks or so.

The Fisher Cats outfielder entered Tuesday’s doubleheader against the Harrisburg Senators riding a 13-game hitting streak, and after having the run come to an end in Game 1, Palacios responded by going 3-for-3 with a first-inning RBI single in the nightcap.

Hitting coach Donnie Murphy said he feels that Palacios has been in better control at the plate lately while being shorter to the ball. For a while Palacios’ swing had become elongated, causing him to swing and miss more. Even when he did make contact it wasn’t very solid.

He seems to have it figured out now, at least recently, anyway. Over his last 10 games, Palacios has hit .424 with seven RBIs and has walked as many times as he’s struck out (seven).

Palacios’ .312 batting average in 27 second-half games is also a marked improvement over the .253 clip he hit in 25 games in the first half. He already has more doubles (eight), RBIs (16) and walks (17) this half than he did in the first half when he had five, nine and 13, respectively.

The Fisher Cats are still hopeful they can make a playoff push. Among other things, they’ll need Palacios to keep hitting at his current rate in order for that to become a reality.