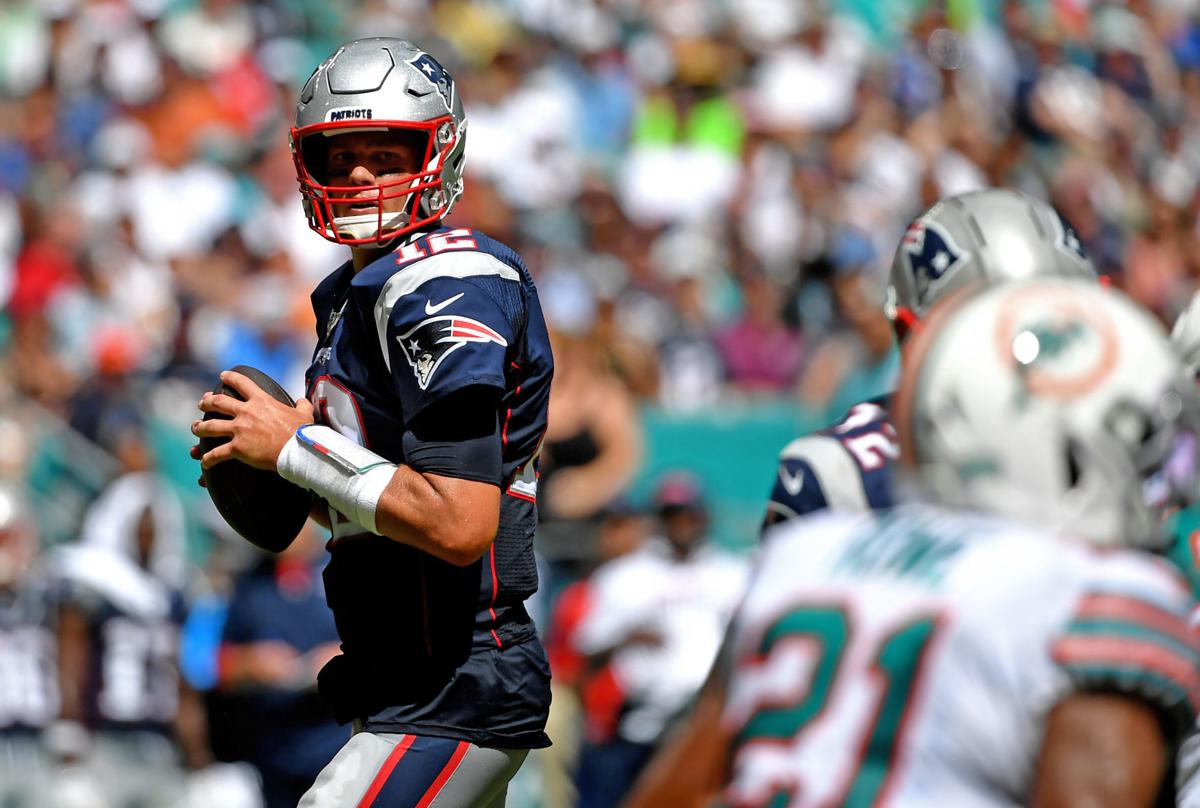 Patriots quarterback Tom Brady looks downfield during the second half of Sunday’s game against the Miami Dolphins at Hard Rock Stadium. 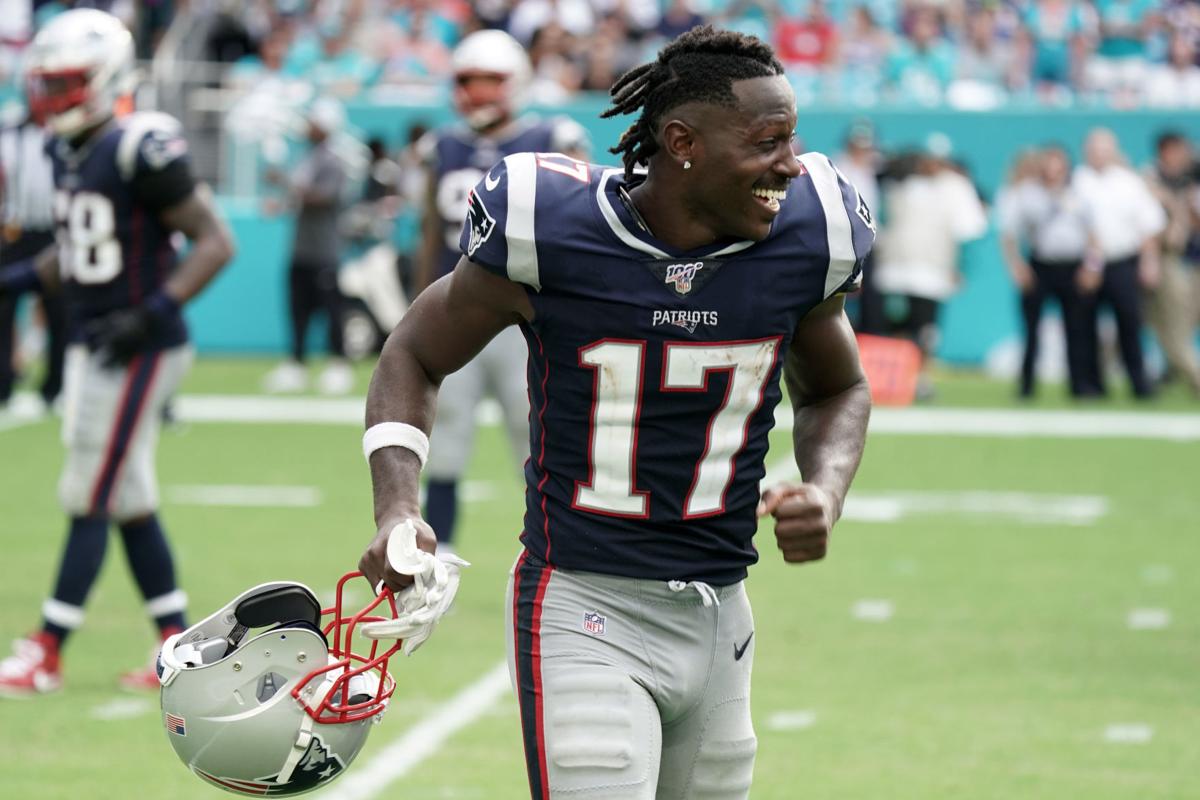 Patriots quarterback Tom Brady looks downfield during the second half of Sunday’s game against the Miami Dolphins at Hard Rock Stadium.

MIAMI GARDENS, Fla. — Weird things happen to the Patriots in Hard Rock Stadium. As the saying goes, you can disregard the records when the Patriots visit the Dolphins.

The Week 2 matchup between the Pats and Dolphins was exactly what everyone expected it to be: The most complete, well-rounded team in the NFL — which had just added Antonio Brown to its roster — versus a team in absolute chaos.

Through two games, the Patriots have outscored opponents 76-3.

The New England defense suffocated an outclassed Ryan Fitzpatrick-led Dolphins offense. Adam Butler totaled two sacks and tipped a ball at the line of scrimmage. The pass rush, led by Jamie Collins and Chase Winovich, had Fitzpatrick on his heels all afternoon. For most of the game, it seemed like the Dolphins were playing with three offensive linemen.

The Pats officially slammed the door on Miami with a Stephon Gilmore pick-six in the fourth quarter. Fitzpatrick rolled right and locked his eyes on Preston Williams, who was drifting toward the sideline. Gilmore wasn’t covering Williams, but he read Fitzpatrick’s eyes to jump the route and intercept the pass. Gilmore casually jogged 54 yards to the other end zone, scoring the first touchdown of his NFL career.

On the ensuing possession, it was Jamie Collins’ turn. Miami running back Kalen Ballage bobbled a ball coming out of the backfield and Collins swiftly snatched it out of the air, tiptoed down the sideline and glided the other way for a touchdown.

Miami helped its yardage total in garbage time, but entering the fourth quarter the Dolphins had mustered 38 yards from scrimmage and two first downs.

This was all Patriots.

Offensively, Brown was heavily involved early. He played five snaps on the opening drive, catching three passes for 36 yards and drawing a defensive holding penalty to give the Patriots a fresh set of downs inside the Miami 10-yard line.

On his first snap, Brown aligned in the slot and found himself running across the middle of the field uncovered. Tom Brady promptly hit him in stride for a gain of 18 yards.

Later, Brady fired to Brown on an out route for a gain of 10 yards as the Miami defensive backs played off him to take away the deep ball. Brown added an 8-yard reception on a hitch and then drew a defensive holding penalty on Minkah Fitzpatrick to give the Patriots a fresh set out downs inside the Miami 10-yard line.

The Patriots punctuated the drive with 1-yard touchdown plunge by Sony Michel.

After the Patriots turned to the ground game for most of the first half, Brady went back to Brown in the closing minutes, finding his new All-Pro receiver on a beautifully thrown back-shoulder ball for a 20-yard touchdown. Brady identified Brown versus slot cornerback Jomal Wiltz — a former Patriots practice squad player — and let it rip.

New England was in complete control from start to finish, but there is one reason for concern: Left tackle Isaiah Wynn exited the game late in the first quarter and immediately went into the blue medical tent. After several minutes of evaluation, Wynn walked with trainers to the locker room. He was ruled out with a foot injury.