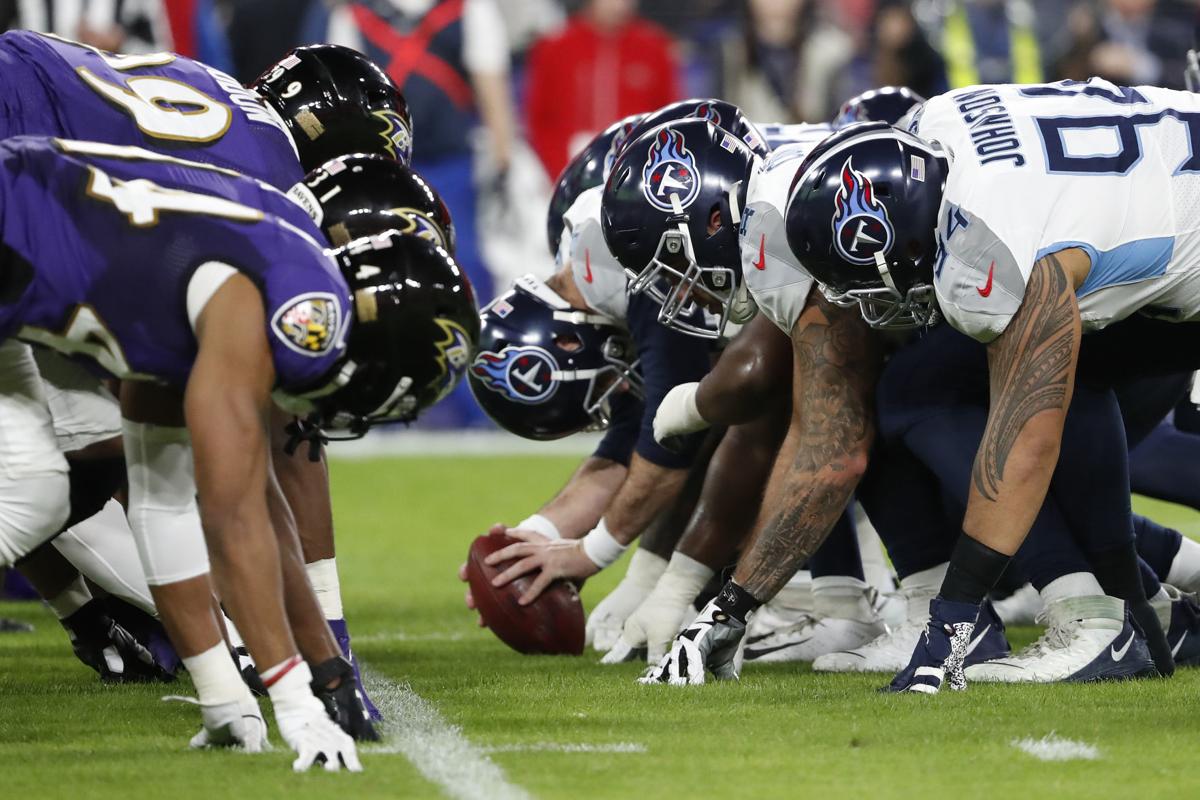 The Tennessee Titans offense lines up against the Baltimore Ravens defends in the second quarter in a AFC Divisional Round playoff football game at M&T Bank Stadium. 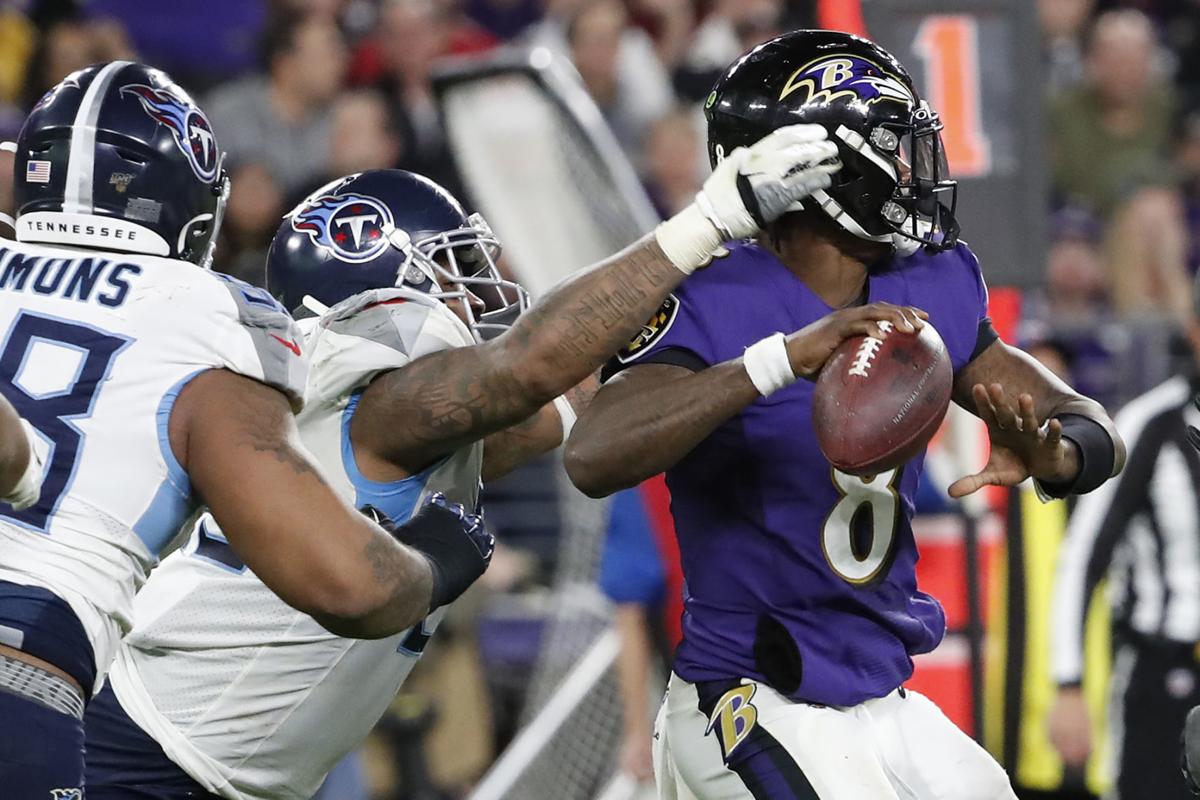 The Tennessee Titans offense lines up against the Baltimore Ravens defends in the second quarter in a AFC Divisional Round playoff football game at M&T Bank Stadium.

Derrick Henry rushed for a franchise-postseason-record 195 yards on 30 carries and also passed for a touchdown, as the Tennessee Titans routed the host Baltimore Ravens 28-12 on Saturday night in the AFC divisional playoff round.

It was the second straight huge playoff performance for Henry, who has placed the sixth-seeded Titans (11-7) within one win of advancing to the Super Bowl. Tennessee will travel to face the winner of Sunday's game between the Houston Texans and Kansas City Chiefs in next weekend's AFC Championship Game, its first appearance in the game since 2002.

"Watch us work," Henry said afterward on the CBS broadcast. "We don't do too much talking. We're just going to work and believe in each other. That's our mentality, to come out here and work. That's our mindset, focus on business."

Ryan Tannehill threw for two touchdowns despite having just 88 yards passing, and he also rushed for one score as the Titans outplayed the top-seeded Ravens (14-3). Jurrell Casey contributed a big strip sack, while Kevin Byard and Kenny Vaccaro recorded interceptions.

Henry has rushed for 377 yards in the two playoff victories. He had set a franchise record with 182 rushing yards in last week's wild-card round victory over the New England Patriots before breaking it again versus the Ravens. Counting a 211-yard performance against the Texans to conclude the regular season, Henry is the first player in NFL history with 180 or more rushing yards in three consecutive games.

Baltimore quarterback Lamar Jackson completed 31 of 59 passes for 365 yards, one touchdown, the two picks and the lost fumble. He rushed for 143 yards on 20 carries, but it took him nearly 49 minutes to get the Ravens into the end zone. His team fell despite having a 530-300 edge in total offense.

"I had a lot of mistakes -- three turnovers. That shouldn't happen," Jackson said afterward. "But they came out to play, and we started off slow. We just got to do better next time."

Tennessee started the scoring with two touchdowns and held a 14-6 halftime lead before dominating the third quarter.

Henry rushed for 117 yards in the third quarter, including a 66-yard burst on third-and-1 to move the ball to the Baltimore 6-yard line. On third-and-goal from the 3, Henry took the direct snap and paused behind the line before elevating to throw a perfect jump pass to Corey Davis, increasing the lead to 21-6 with 6:54 left in the third quarter.

"Just trying to find the right time to call it and use it," head coach Mike Vrabel said of the trick play. "It was very well executed."

On Baltimore's next play from scrimmage, Casey knocked the ball away from Jackson during the sack, and teammate Jeffery Simmons recovered at the Baltimore 20. Six plays later, Tannehill kept the ball on the option, broke through a tackle and scored on third-and-goal from the 1 to make it 28-6 with 4:16 remaining in the third.

Baltimore finally found the end zone when Jackson threw a 15-yard touchdown pass to Hayden Hurst with 11:04 left in the game. The Ravens' two-point pass was incomplete.

Tannehill got Tennessee moving early by tossing a 12-yard touchdown pass to Jonnu Smith, who made a fabulous juggling catch with 3:36 left in the opening quarter. He threw another scoring pass 15 seconds into the second quarter when Kalif Raymond made a diving 45-yard touchdown catch after shedding the coverage of Baltimore's Marlon Humphrey.

Justin Tucker kicked field goals of 49 and 22 in the second quarter for the Ravens, who finished 0-for-4 on fourth down, including two failures on fourth-and-1. Entering the game, Baltimore had not been stopped on a fourth-and-1 all season.