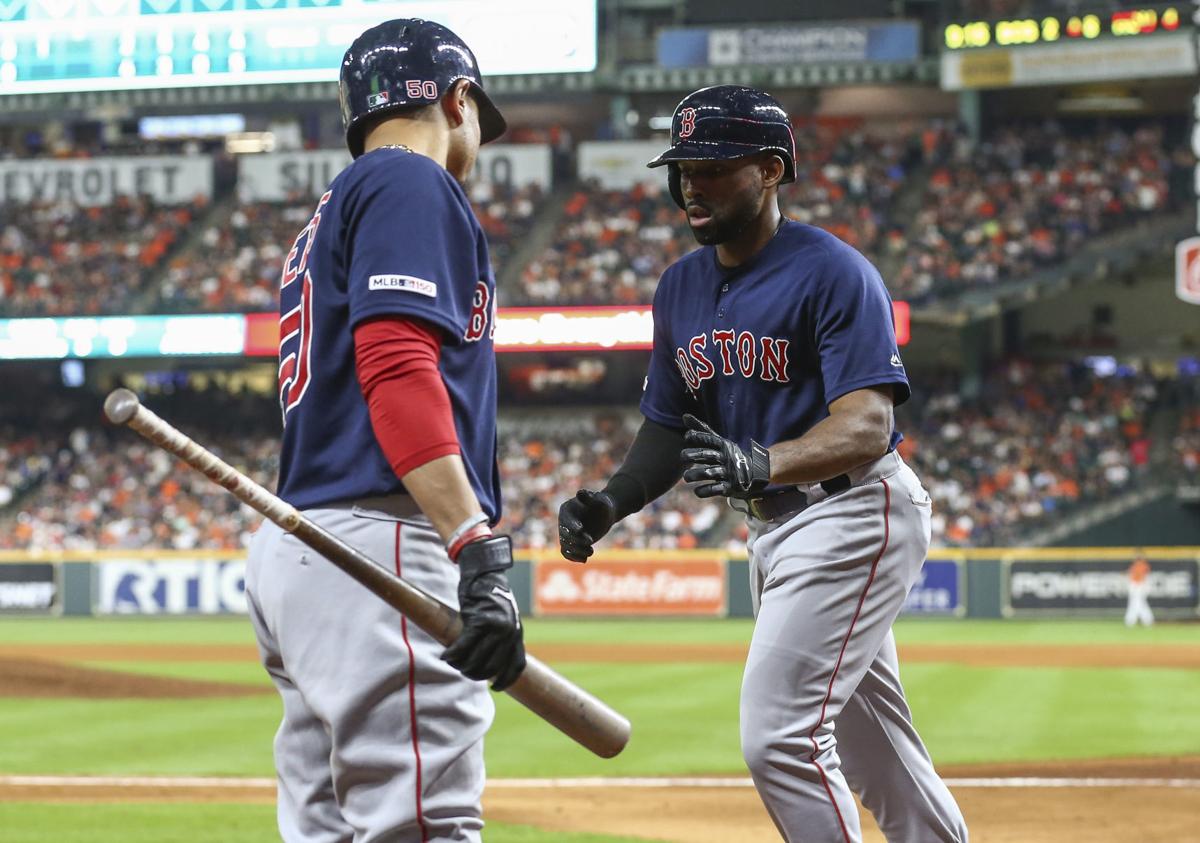 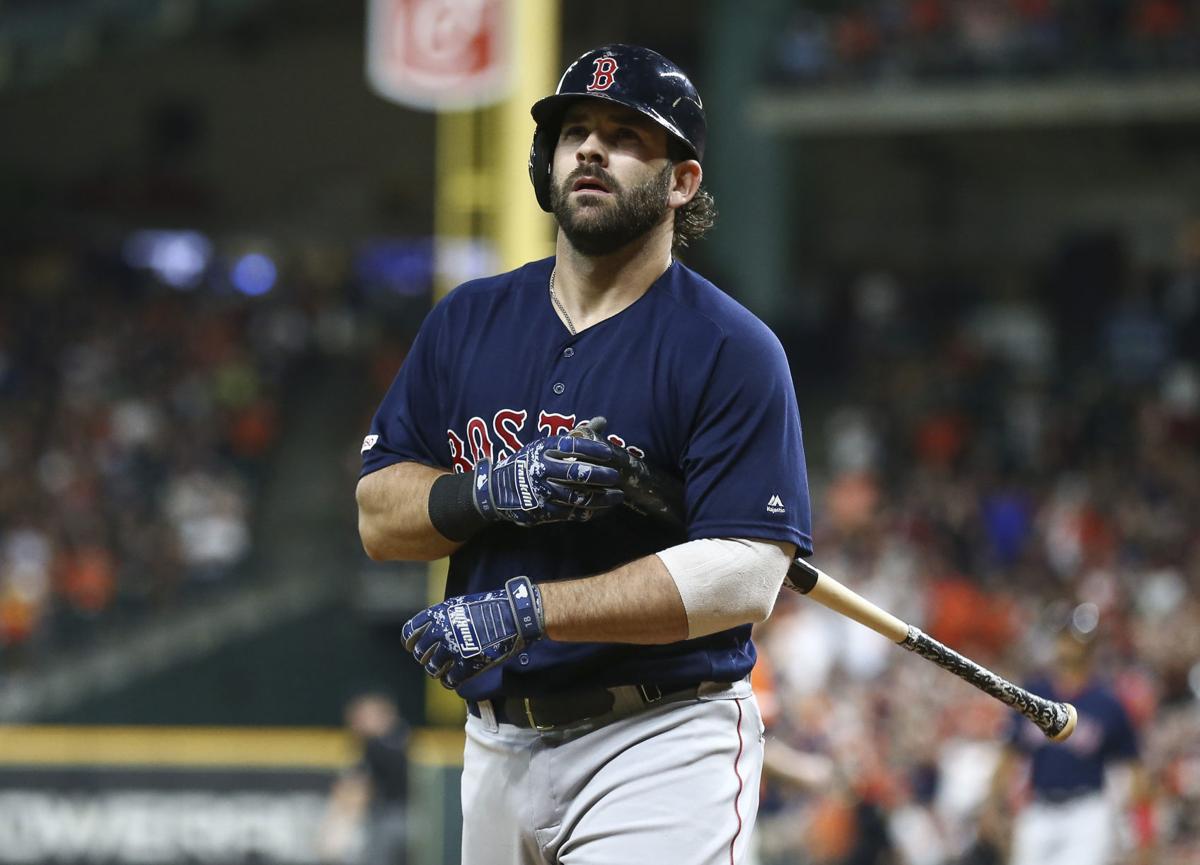 Boston Red Sox first baseman Mitch Moreland (18) reacts after striking out during the eighth inning against the Houston Astros at Minute Maid Park.

Wade Miley worked six strong innings, Jake Marisnick clubbed a home run and the Houston Astros capitalized on spotty defense from the Boston Red Sox in their 4-3 win Friday at Minute Maid Park in the opener of a three-game series between the last two World Series champions.

Miley (5-2) was strong early and resilient late, striking out five of his season-high eight batters during his first trip through the Red Sox order.

He induced an inning-ending double play off the bat of J.D. Martinez after Mookie Betts opened the fourth inning with a double to left-center field.

And after loading the bases with a one-out walk to catcher Sandy Leon in the fifth, Miley struck out Jackie Bradley Jr. before getting Michael Chavis to hit a soft line drive to Marisnick in center.

Miley returned in the sixth and retired Betts, Martinez and Steve Pearce, the latter two after losing his shutout when Xander Bogaerts socked his ninth home run. Miley did not factor into the decision in the Astros' 4-3 loss at Boston last Sunday.

In his rematch with Red Sox ace Chris Sale, Miley allowed one run, four hits and two walks on 102 pitches, including 61 strikes. He struck out eight batters.

The Red Sox committed three errors behind Sale (1-6), the first in the second inning when Pearce threw wildly to Sale as the pitcher attempted to cover first base on a Josh Reddick grounder to the right side.

The throw sailed by Sale and reached Leon, who was credited with a tag on Aledmys Diaz as he attempted to score from second. That call was reversed by a replay review and the Astros took a 1-0 lead that Marisnick doubled with his sixth homer leading off the third.

Houston tacked on a pair of runs in the fourth, aided by a throwing error on Bogaerts. Leading 4-1, the Astros held on through Ryan Pressly surrendering a leadoff homer to Bradley in the eighth, a blast that ended his record streak of 40 consecutive scoreless appearances, and through the loss of outfielder George Springer to a left leg injury that same frame.

Closer Roberto Osuna allowed a homer to pinch-hitter Christian Vazquez in the ninth but nonetheless recorded his 13th save.