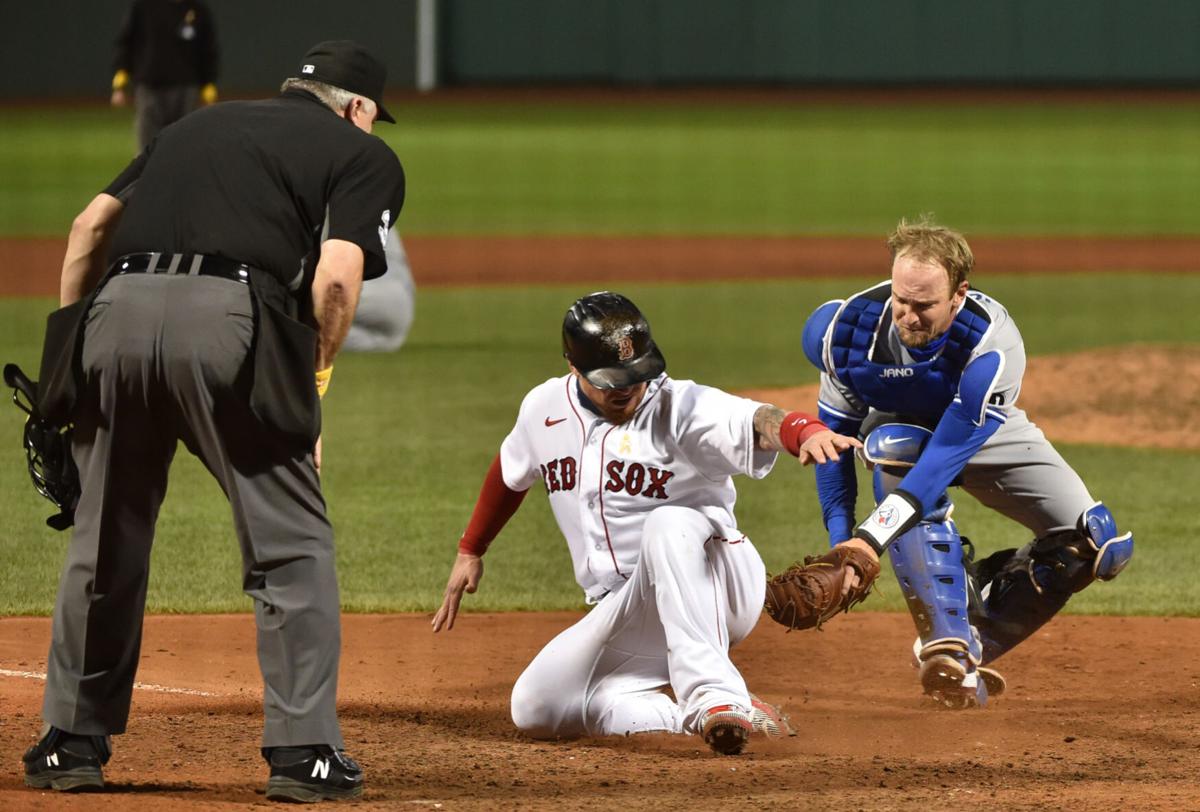 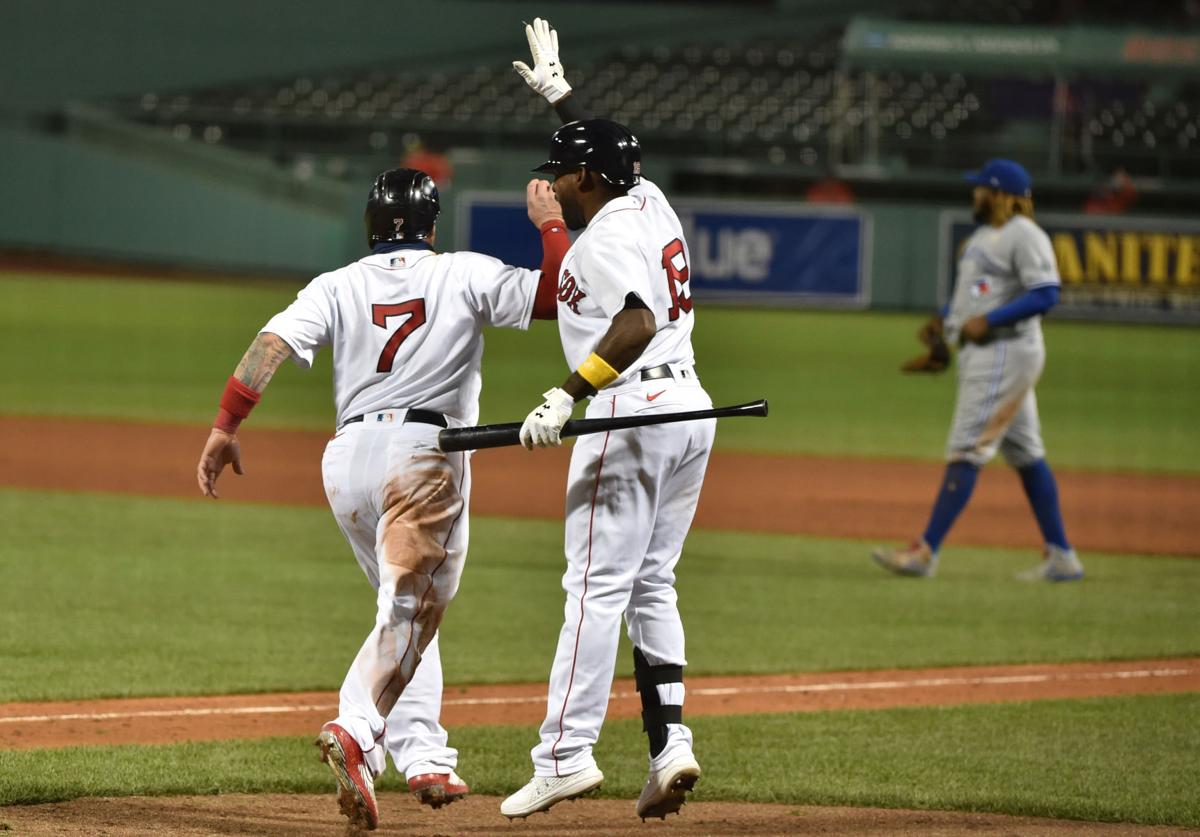 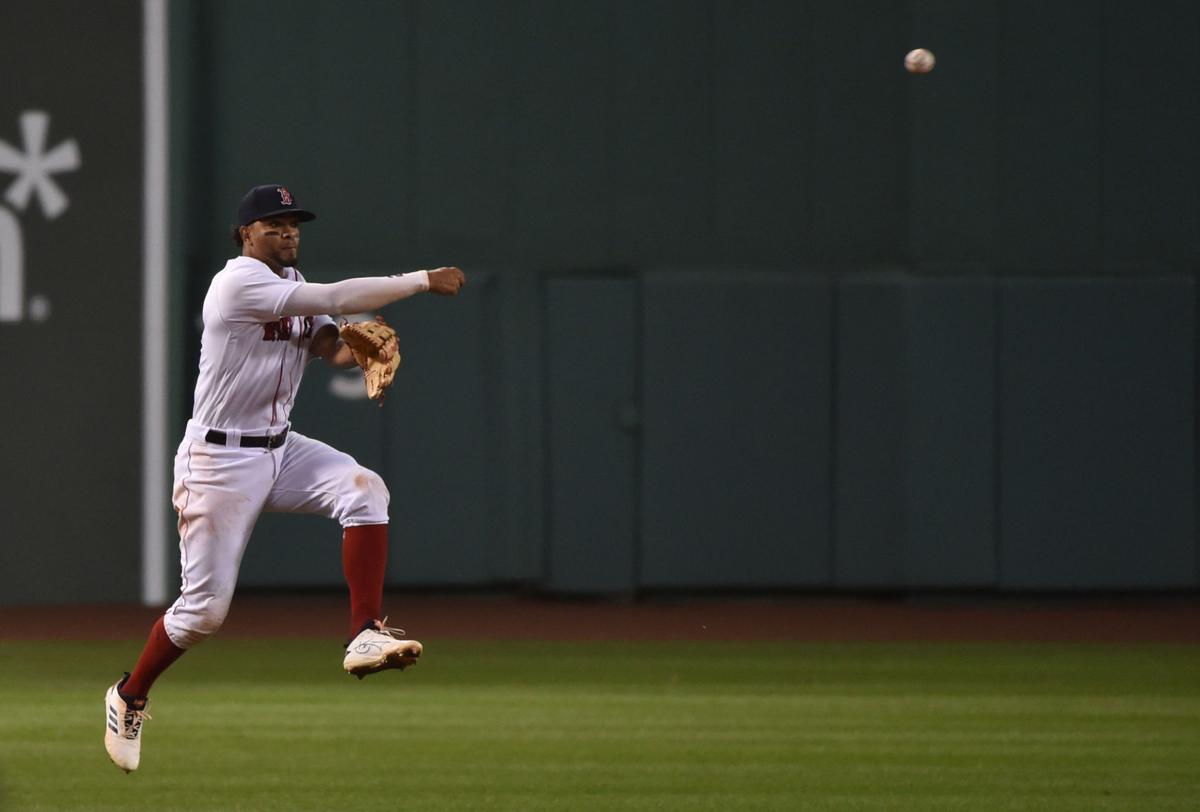 Boston Red Sox shortstop Xander Bogaerts (2) makes a throw to first base during the eighth inning against the Toronto Blue Jays at Fenway Park.

Christian Vazquez scored from third on a chopper to third base in the bottom of the ninth after Xander Bogaerts led off the inning with the tying solo homer and the Boston Red Sox came back to defeat the visiting Toronto Blue Jays 9-8 Saturday night.

Bogaerts led off the ninth with his ninth homer against Anthony Bass (2-3) to tie the game.

J.D. Martinez walked. Jose Peraza ran for him and was forced at second by Vazquez, who then stole second and continued to third on catcher Caleb Joseph's throwing error. He beat the throw home on a chopper by Yairo Munoz.

Mike Kickham (1-0) pitched two innings to get the win.

The Blue Jays had come back from a four-run deficit to take an 8-6 lead in the sixth.

Hernandez led off the second with his 14th homer.

The Red Sox answered with three homers and four runs in the bottom of the second.

Martinez led off with his fourth home run. Vazquez singled and Bradley hit his fifth homer to extend his hit streak to eight games. Dalbec hit his second homer and Boston led 4-1.

Tellez singled and scored on Travis Shaw's double in the fourth.

The Red Sox scored twice in the fourth. Michael Chavis singled, but was out trying to reach third on Delbec's single to right. Delbec took third on Alex Verdugo's double. Devers lashed a two-run double to right.

Josh Taylor allowed a walk to Tellez, a single to Hernandez and Guerrero's sixth homer in the sixth.

Randal Grichuk, Tellez and Hernandez hit consecutive singles in the seventh against Phillips Valdez to tie the game. Joe Panik hit a two-out, RBI double for the go-ahead run. Lourdes Gurriel Jr. had an infield single against Robert Stock to score another run, bumping Toronto's lead to 8-6.

Devers led off the bottom of the seventh with his seventh homer against Shun Yamaguchi.