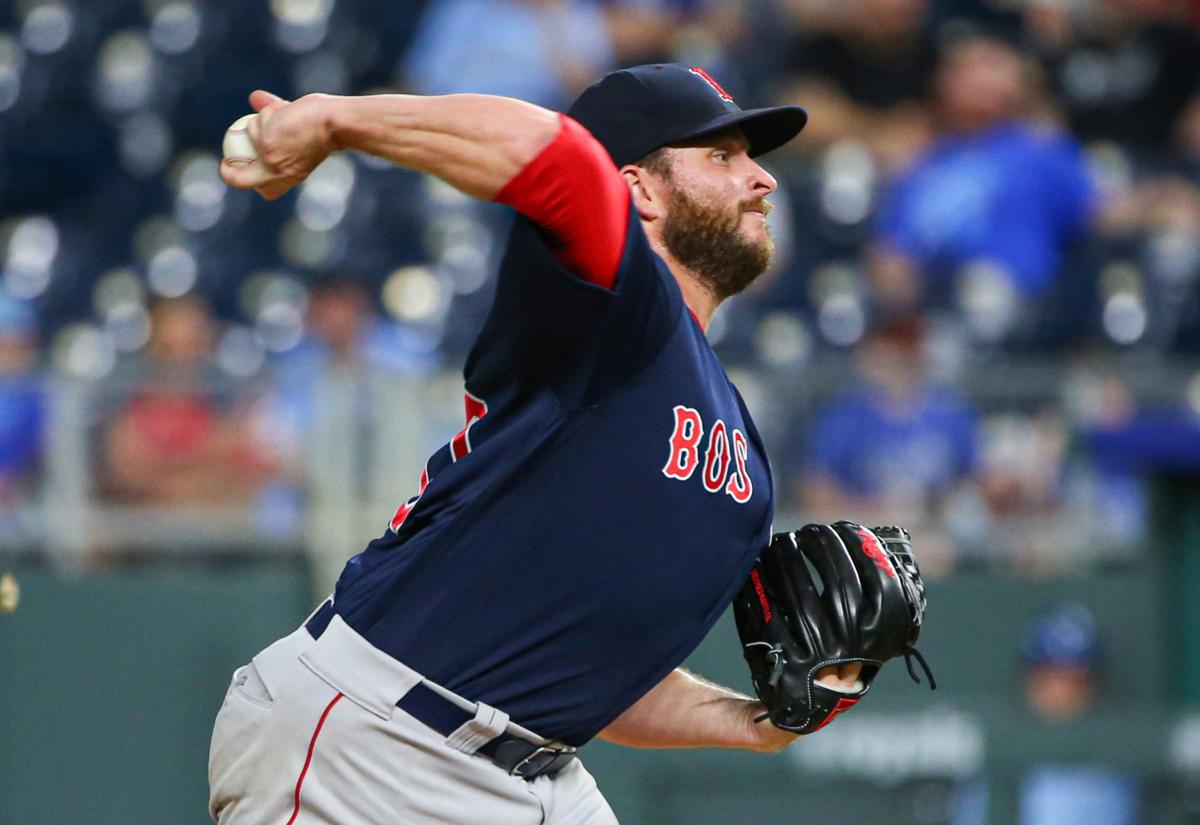 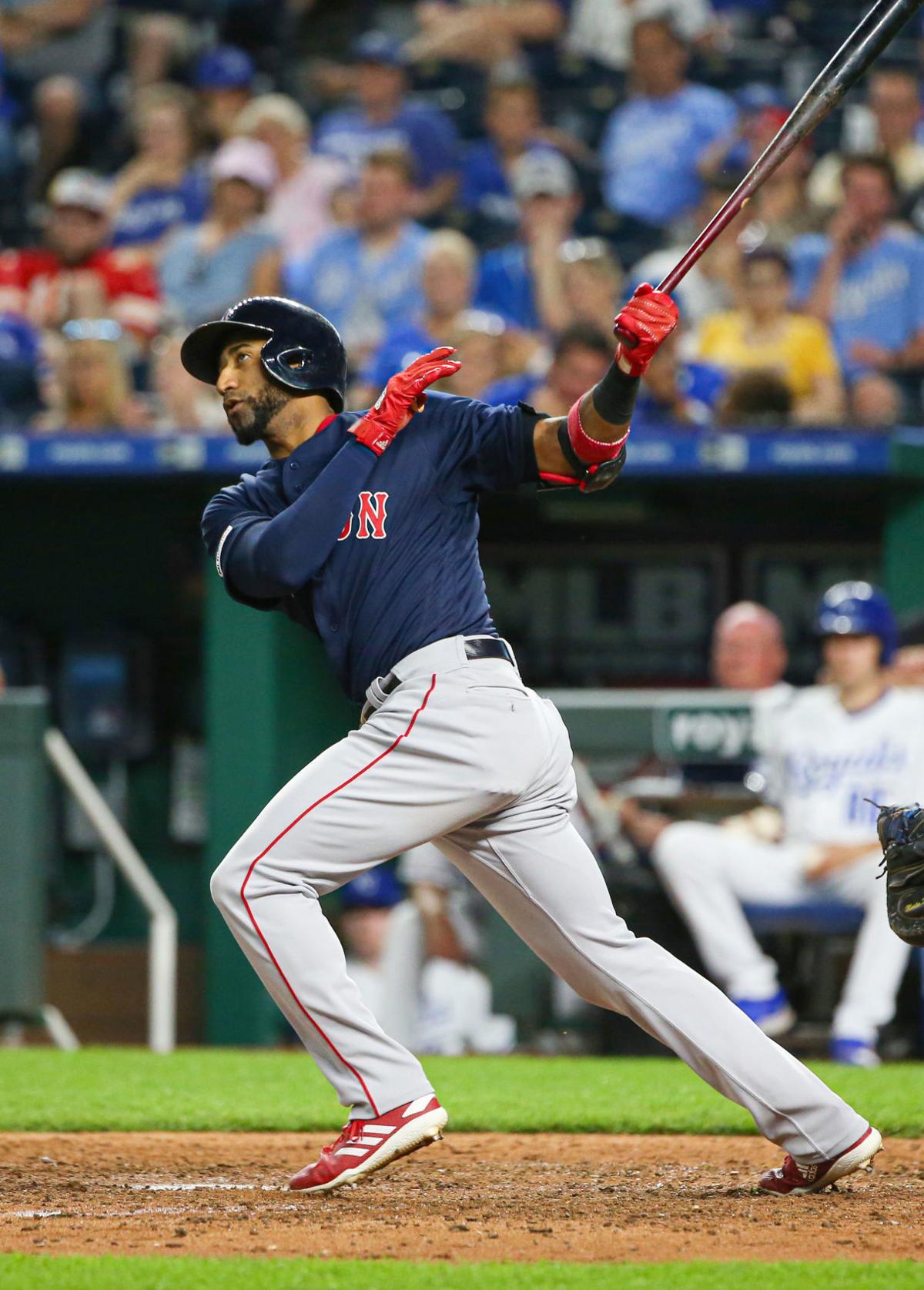 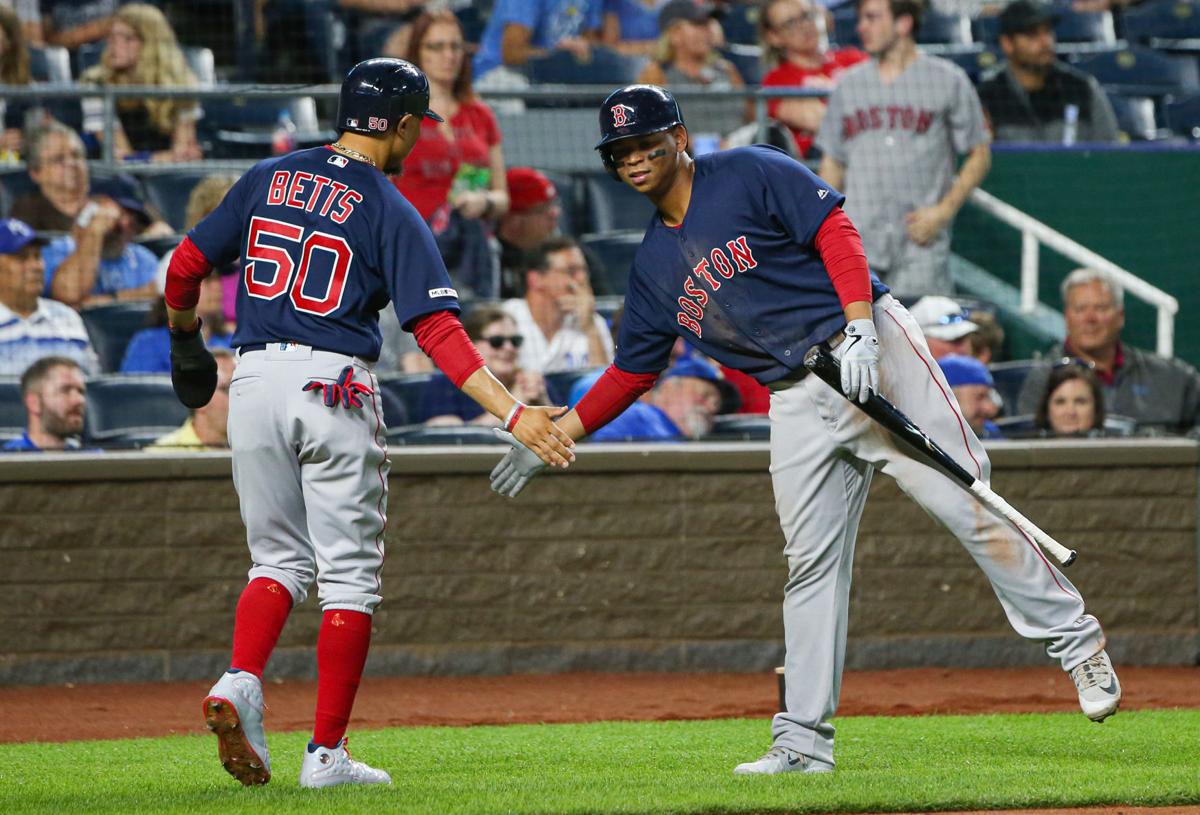 Boston Red Sox right fielder Mookie Betts (50) is congratulated by third baseman Rafael Devers (11) after scoring a run against the Kansas City Royals in the sixth inning at Kauffman Stadium.

The Boston Red Sox rocked the Kansas City bullpen in an 8-3 defeat of the host Royals on Tuesday night, scoring seven of their eight runs off the Royals' relief corps. J.D. Martinez had three hits for Boston.

Eduardo Rodriguez (6-3) picked up the win for Boston. He allowed two runs on six hits in 5 2/3 innings. He didn't walk anyone and struck out seven.

Kansas City starter Glenn Sparkman pitched 5 1/3 innings, allowing just one run on three hits. He left with a 2-0 lead and a runner on second, after throwing 80 pitches, 59 for strikes. But the Royals' bullpen allowed seven runs on seven hits in 3 2/3 innings.

Sparkman was charged with his run when Martinez sent reliever Scott Barlow's second pitch to the top of the wall in right for a triple, scoring Mookie Betts. Martinez's drive hit the top of the wall, bounced straight up and bounced again, before falling back onto the field.

Barlow (1-2) then allowed a sacrifice fly to Xander Bogaerts and an RBI double to Brock Holt that gave Boston the 3-2 lead.

Rodriguez was nearly as good as Sparkman, and he got rewarded for his effort. Other than the second inning, he did not allow a runner past second base.

The Royals took a 2-0 lead in the bottom of the second inning. Alex Gordon led off with a double and scored on Cheslor Cuthbert's second home run of the season.

After taking the lead in the sixth, the Red Sox scored three more runs in the eighth.

Eduardo Nunez hit a three-run pinch-hit home run off Jake Diekman. It was Nunez's first career pinch-hit home run. It came after Martinez led off the inning with a single, was out when Rafael Devers hit into a fielder's choice, and Bogaerts singled.

Boston added two more runs in the ninth off Kevin McCarthy. The Royals got a run in the bottom of the ninth on an RBI groundout by Cuthbert.