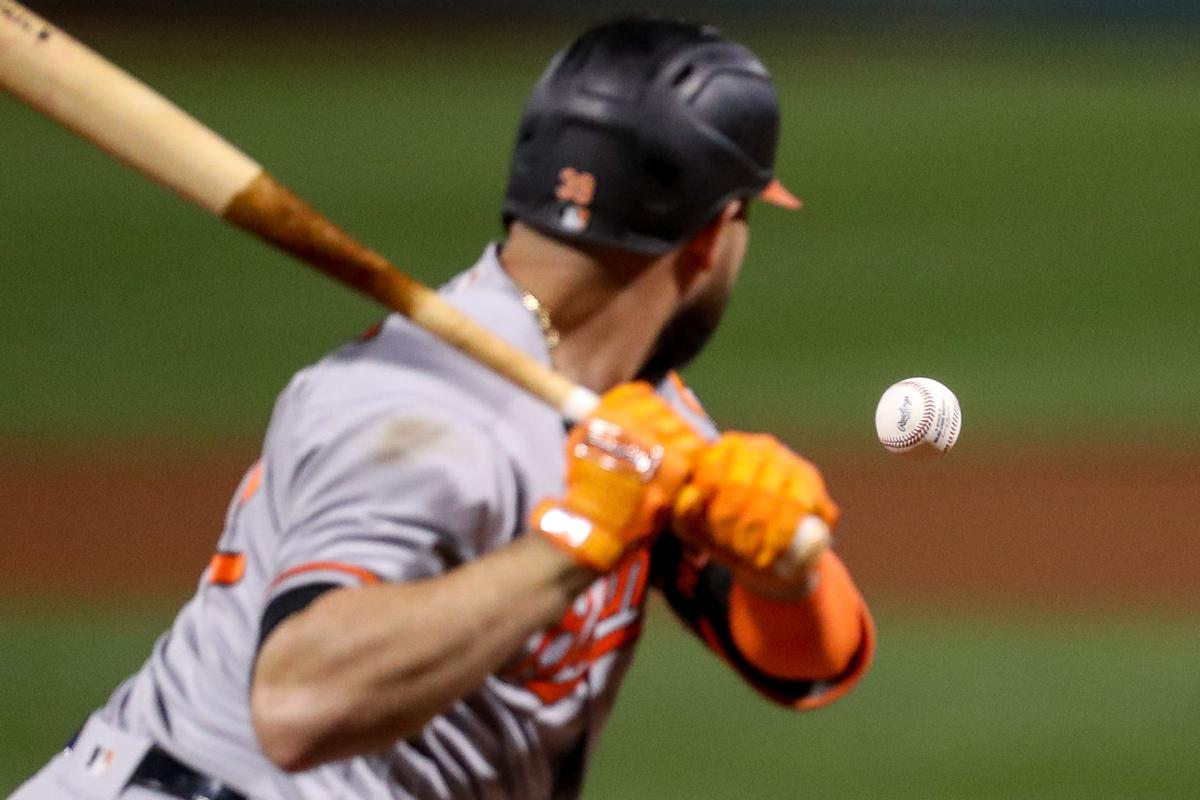 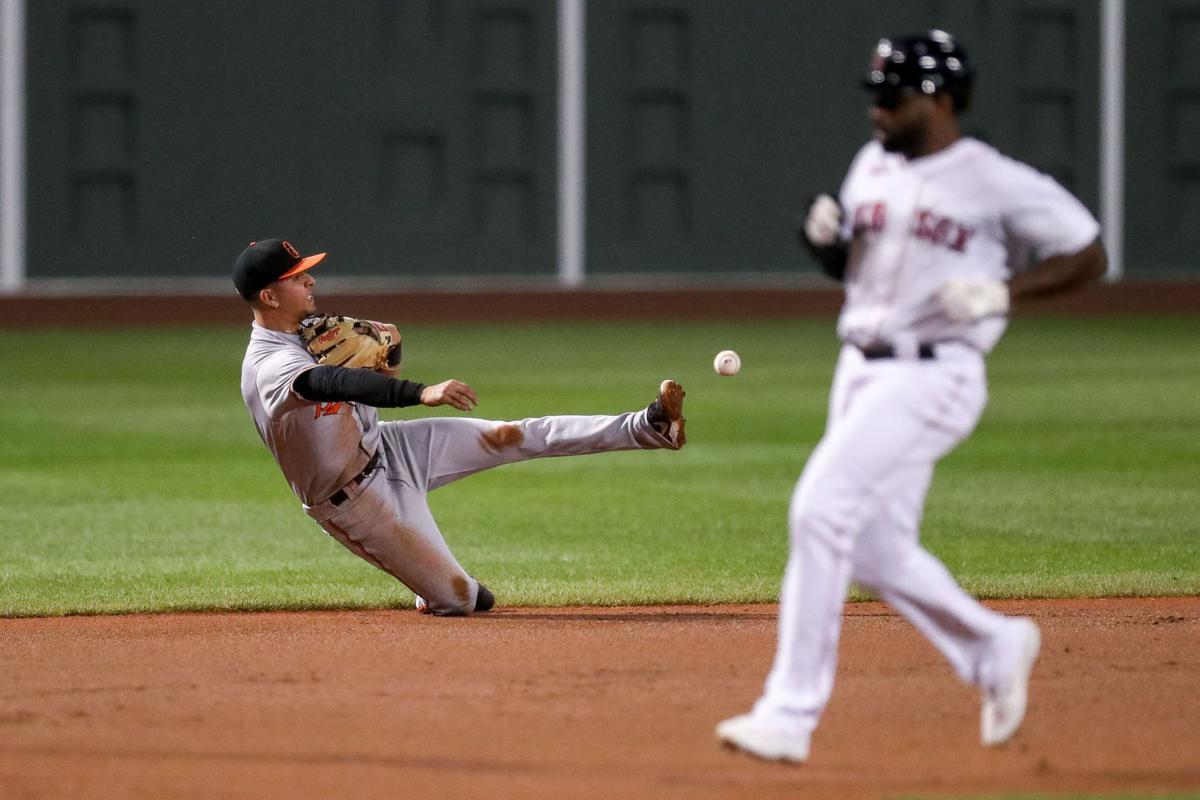 Baltimore Orioles shortstop Ramon Urias (87) throws to second base for an out during the seventh inning against the Boston Red Sox at Fenway Park.

Rafael Devers contributed a three-run double during a six-run third inning as the Boston Red Sox rolled to a 9-1 victory over the visiting Baltimore Orioles on Wednesday night.

Ryan Mountcastle and Pat Valaika also went 3-for-4 for the Orioles, whose batters struck out 13 times. Baltimore has been outscored 17-4 in the first two contests of the three-game series.

Eovaldi (4-2) struck out eight and scattered seven hits and one walk in his final start of the season.

Orioles right-hander Dean Kremer (1-1) was torched for seven runs and seven hits over 2 2/3 innings. He walked three and struck out two.

Xander Bogaerts went 2-for-4 and scored twice for Boston.

Jackie Bradley Jr. and Plawecki each had two-out RBI singles in the first inning to give the Red Sox the early lead.

Boston blew the game open in the third when it sent 10 batters to the plate.

J.D. Martinez drove in the first run with a double off the center field wall. He scored when Plawecki delivered a one-out triple to right that got past the diving Hays to make it 4-0.

Michael Chavis smacked a two-out double off the base of the wall to left to make it 5-0, and the next two hitters walked. Devers then drilled a 2-2 changeup from Kremer for the bases-clearing double in right to cap the frame and give the Red Sox an eight-run advantage.

Hays homered in the seventh, clearing the Green Monster in left-center off left-hander Mike Kickham to get Baltimore on the board.

Boston added a run in the bottom of the seventh when Bradley scored on a wild pitch by left-hander Bruce Zimmermann.