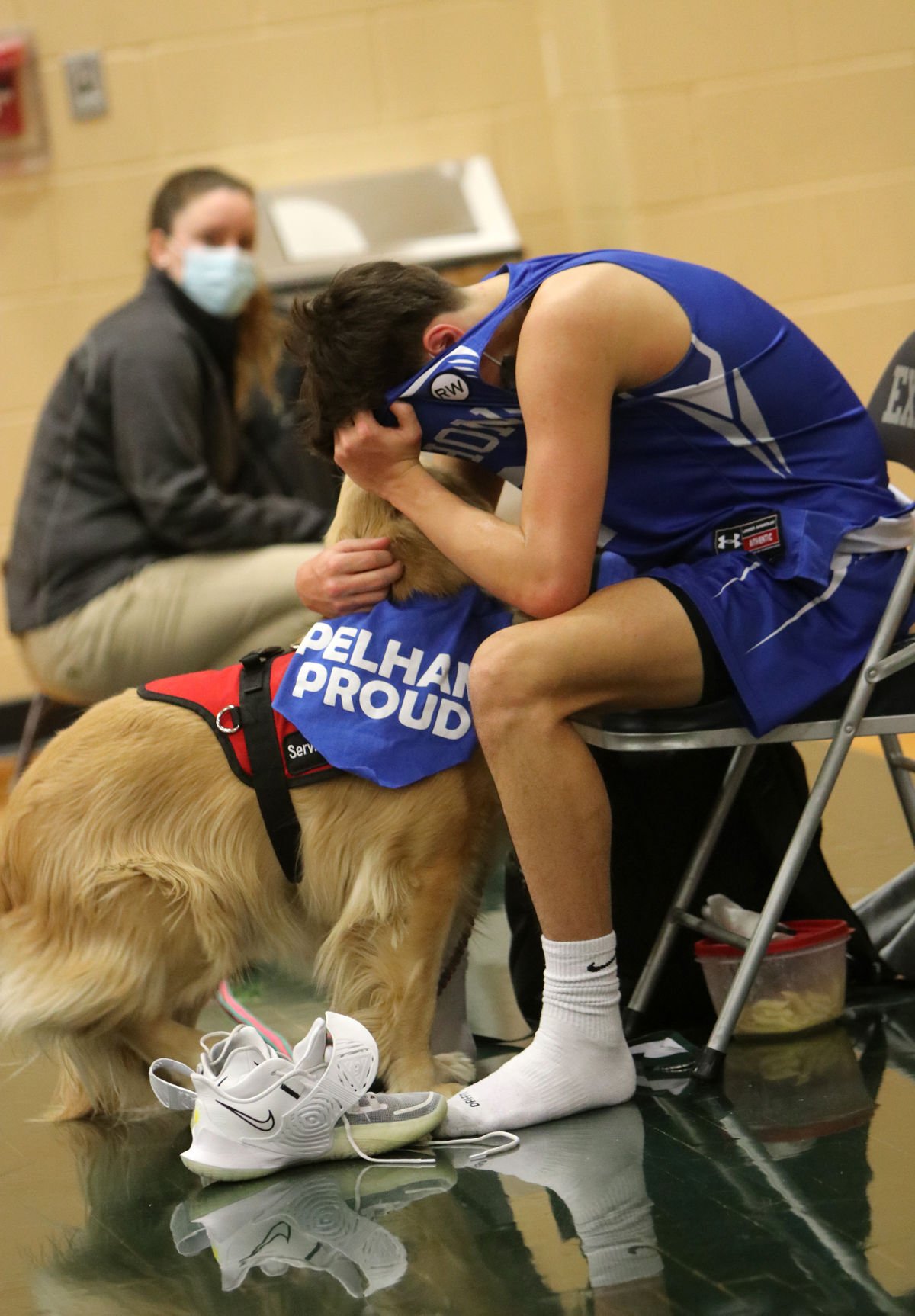 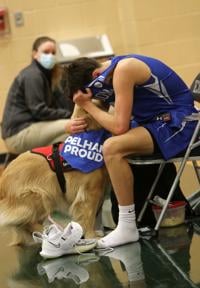 A Pelham High player receives some comforting from Elsa after the Pythons fell to Lebanon in the Division II state championship. 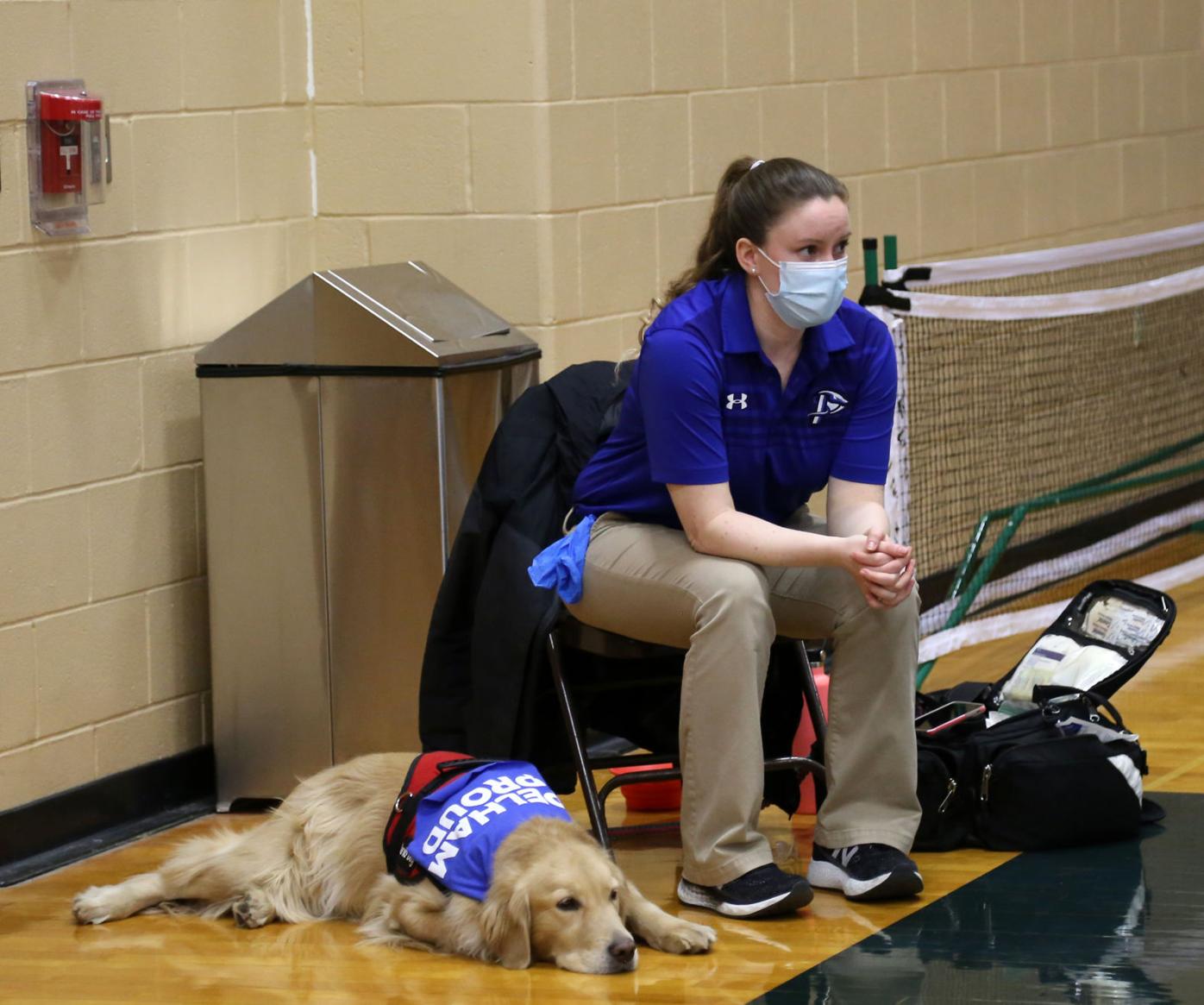 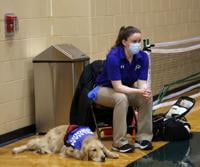 A Pelham High player receives some comforting from Elsa after the Pythons fell to Lebanon in the Division II state championship.

That’s how the Washington Post’s Jerry Brewer, detailing March Madness’ locus in this pandemic, described our sports atmosphere these days.

College games are played with a limited number of distanced fans, or no fans at all. No pregame or postgame fun. No pep bands. No atmosphere.

That’s not a word, however, you’ll hear around New Hampshire lottery offices these days. Officials say they expect the NCAA men’s basketball tournament to be their biggest sports betting event of the year. It’s bigger than the Super Bowl because it’s three weeks of games, not just one game of three hours. And it’s easy to do: Just download an app and you can take Oral Roberts to upset Ohio State — without ever having seen Oral Roberts preach.

The American Gaming Association reported $8.5 billion was wagered nationally the last time we had a March Madness, in 2019. That’s a lot of backdoor covers and bad beats.

None of it, however, was wagered in New Hampshire in 2019 because gambling wasn’t legal for another nine months. It will be interesting this time around to see what our contribution will be to the pot.

Again, consider $8.5 billion. It’s a number, I’d be willing to bet, that was on the minds of lottery officials here when legal sports gambling was launched.

A few other thoughts and tidbits ...

• No Duke or Kentucky in the tournament was weird. But seeing UCLA playing Michigan State in a play-in game was even weirder.

• Merrimack’s Tim Schaller is skating with Scranton/Wilkes-Barre Penguins of the AHL these days. He’s finding his way to the scoresheet, too: two goals against Lehigh Valley on March 8, six points through 11 games. He’s teammates with Dartmouth College product Drew O’Connor.

• Angus Crookshank won’t be on the Mount Rushmore of UNH hockey greats, but he was spectacular while he was here. His speed, puckhandling and shooting skills made for some special moments, unmatched by anyone on the team and most everyone in Hockey East. We’ll miss him. He’ll make a great Senator. No doubt he’ll shine in the AHL and maybe even the NHL before the season ends.

• The Albany Times Union Center, which scooped up the NCAA hockey Northeast Regional when UNH/SNHU Arena withdrew, will allow about 1,500 fans. The selection show, by the way, is tonight. Because the selection process comes with a heavy dose of subjectivity this year, aside from the auto bids, your guess for the rest of the 16-team field is as good as anyone’s.

• So who is on the Mount Rushmore of UNH hockey greats? Suppose you’d have to start with Ralph Cox, but the list to consider is long: Gordie Clark, Jason Krog, a few goalies along the way ... I’d love to hear your opinions!

• When the Pelham High boys basketball team fell to Lebanon in the Division II state final, the players had a friend in 4-year-old Elsa, a golden retriever therapy dog. Elsa travels with Erin Tufts, the certified athletic trainer for Pelham athletics, to high school sports events and goes to athletes when they need a little comforting. Our photographer, Allegra Boverman, captured an emotional moment shortly after the game ended. (See above photos).

• NHIAA baseball is scheduled to open Monday, April 12, with Goffstown at Manchester Memorial among the many games.

• Today’s sports section would have been dominated by Saturday afternoon games played by the UNH football team and the Boston Bruins. Things change quickly, don’t they?

• Golf, the pandemic-proof sport (at least in New Hampshire), is just around the corner. Actually, it’s here, if you’ve booked a tee time at Green Meadow in Hudson.