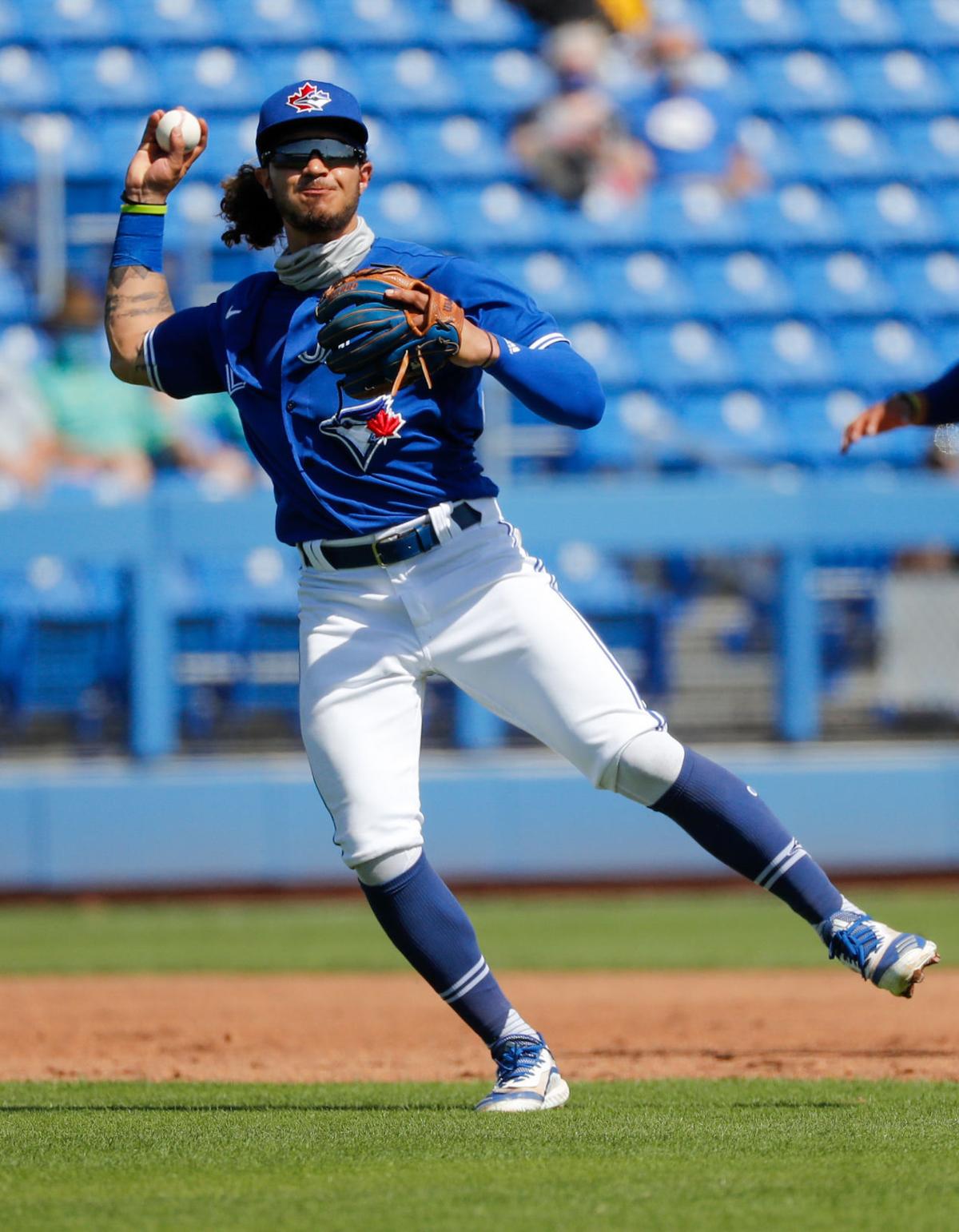 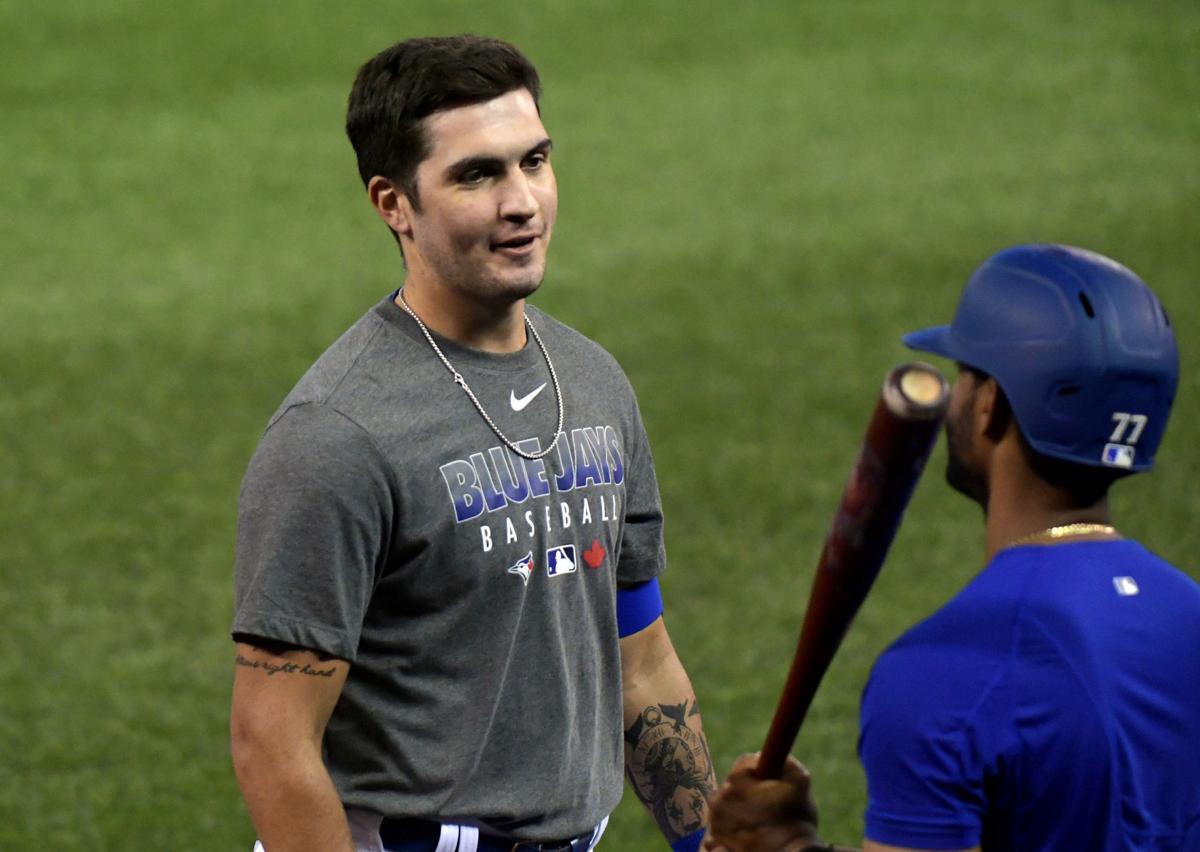 THE No. 6 and No. 7 shortstops in minor league baseball — as ranked by MLB Pipeline — are not only in the same organization, they’re on the same team.

Toronto Blue Jays’ prospects Austin Martin (No. 6) and Jordan Groshans (No. 7) are both at the Double-A level with the New Hampshire Fisher Cats, who were scheduled to open their 120-game schedule Tuesday night against the Portland Sea Dogs. Having too many talented shortstops is a problem most coaches would welcome, but first-year Fisher Cats manager Cesar Martin can play only one of them at that position at a time.

There’s no doubt the Blue Jays want both in the everyday lineup for developmental purposes, so you’ll likely see Martin play some center field when Groshans is at shortstop, and see Groshans move to third base when Martin is at short. Whether or not one is used as the team’s primary shortstop remains to be seen.

Cesar Martin called both Martin and Groshans “interesting players,” which seems to be a term he reserves for talented prospects who have a high ceiling.

“That’s the good thing about both of them ... they’re able to play multiple positions,” he said. “For example, Austin Martin has played in the infield and the outfield at shortstop and center field, and Jordan Groshans third base — sometimes second base — but more shortstop and third base. That will give us an opportunity to have both of them in the lineup. You know in baseball these days the more versatile you can be, the more valuable you can be and create more opportunity for themselves.

“This is something we talked to the front office about in spring training. Both of them were in major league spring training, so we were discussing that, talking about that and (they) were practicing in different positions. They’re prepared for that. We’re on the same page right now.”

Martin, 22, helped Vanderbilt win the College World Series against Mississippi State in 2019, and led the Southeastern Conference with a .410 batting average in 65 games that season. He’s certainly versatile, as he played six positions during his freshman season in college. He was selected fifth overall in the 2020 Major League Baseball draft, and many were surprised he lasted that long. This is his first season of professional baseball.

Groshans, who will turn 22 in November, was selected 12th overall in the 2018 draft. He began his pro career with the Gulf Coast League Blue Jays that year before he was promoted to Bluefield of the Appalachian League that August. He hit .296 with five home runs and 43 RBIs in 48 games with those two Rookie League clubs.

Groshans began the 2019 season with the Class A Lansing Lugnuts of the Midwest League. He hit .337 with two home runs and 13 RBIs in 23 games before a foot injury ended his season in May.

MLB.com lists Martin as the No. 2 prospect in Toronto’s organization, behind right-handed pitcher Nate Pearson; and has Groshans rated as the organization’s No. 3 prospect.

“Both of them are pretty good hitters,” Cesar Martin said. “Austin Martin knows the strike zone. That’s an ability … not every hitter has that discipline at the plate. Obviously this is going to be his first year in pro ball and that will be the challenge for him. It’s a (high) level for him to start his pro ball career.

“Groshans is the same way. He can hit and he can hit with power. I think both of them can be really good hitters, not only here but in the big leagues.”

Four of Toronto’s top seven prospects were assigned to the Fisher Cats. That group includes right-handed pitcher Simon Woods Richardson (No. 4) and catcher Gabriel Moreno (No. 7). Toronto obtained Woods Richardson in the trade that sent Marcus Stroman to the New York Mets. Moreno was a shortstop, but was converted to catcher after he signed with the Blue Jays.

Toronto’s farm system is ranked No. 3 among MLB organizations by Baseball America, and No. 7 by MLB.com.

“Woods Richardson went straight to High-A, where I was managing that year (2019),” Cesar Martin said. “He’s really young, but he’s not afraid. He’ll attack the hitters. He knows how to pitch. At that age, he kind of surprised me the first time I saw him.

“Gabriel Moreno … that’s another interesting player. I think he will handle this level pretty well. You come from low-A in 2019 and to Double-A this year, that’s really impressive. He has the ability to catch, throw and hit — that’s the whole package. He can run a little bit too for (the) catcher position.

“I identify our team as a young team, but a talented team. We have a lot of interesting players.”