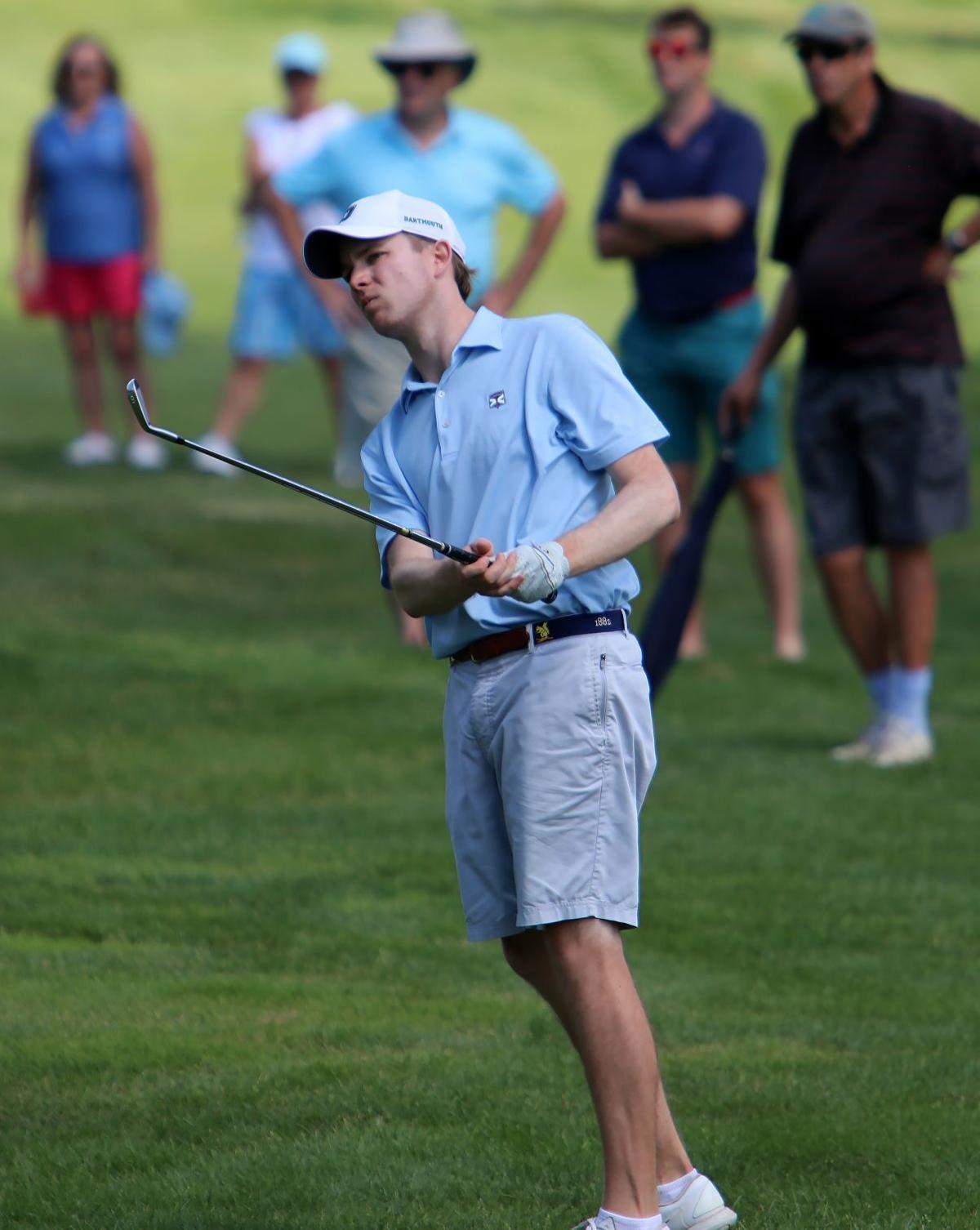 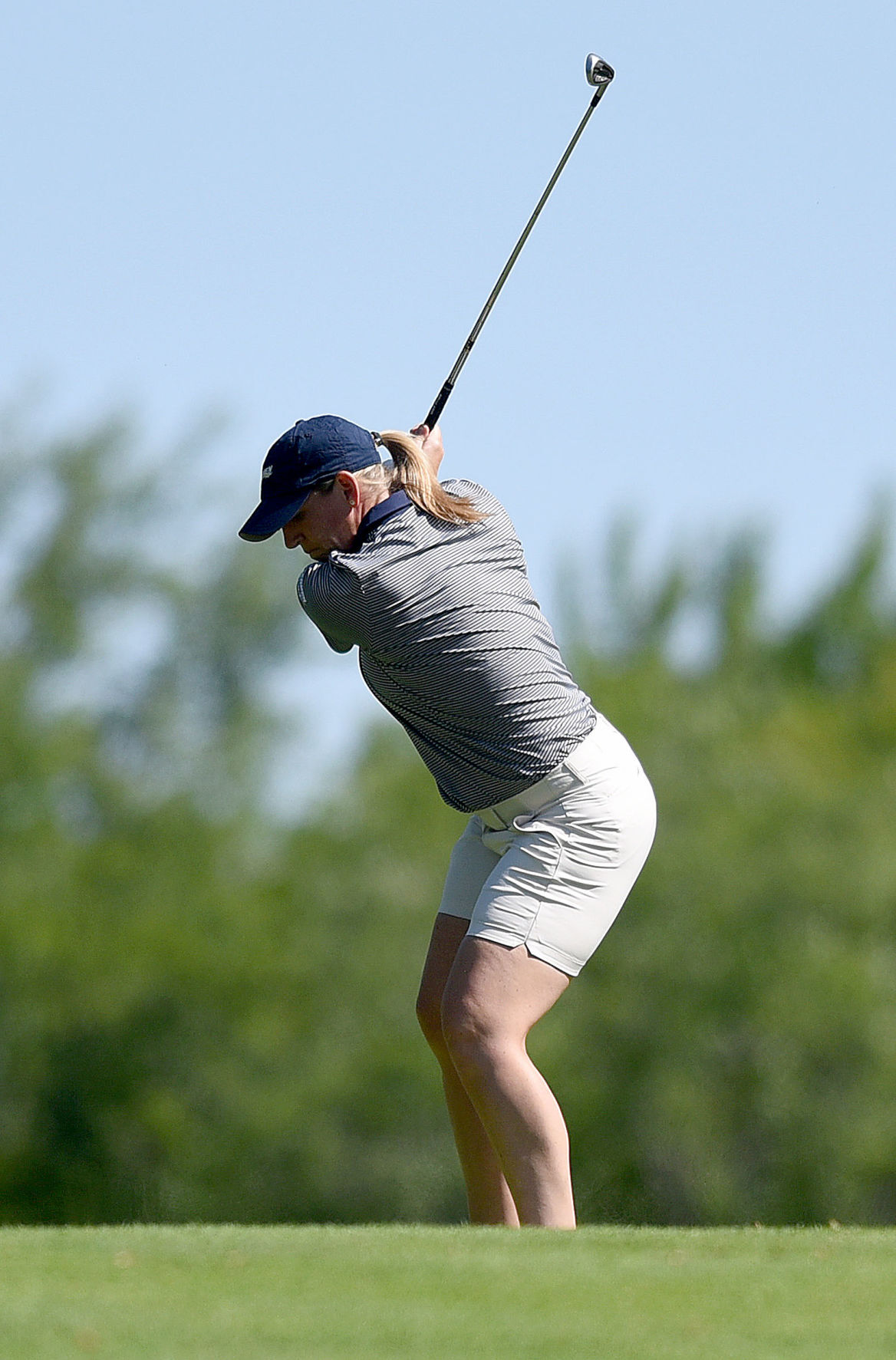 Tara Watt hits her second shot during the NHWGA championship at Breakfast Hill Golf Club in Greenland on Aug. 5, 2019. Watt won the 2020 championship, which was played at Bretwood Golf Course in Keene.

Tara Watt hits her second shot during the NHWGA championship at Breakfast Hill Golf Club in Greenland on Aug. 5, 2019. Watt won the 2020 championship, which was played at Bretwood Golf Course in Keene.

IT APPEARS amateur golf in New Hampshire will soon be governed by one organization.

“There continues to be progress and positive conversations with the intent that we can get the organizations under a single umbrella,” NHGA executive director Matt Schmidt said. “It does seem like we’re heading toward a single entity.”

Schmidt said that’s unlikely to happen in 2021, which he termed a “transition year,” but, as is the case in several other New England states, we could have one governing body overseeing amateur golf here before the 2022 tournament season.

“I think it’s going to be an ongoing process throughout the course of next year, and I would certainly hope that by this time next year there’s some real positive news out there in terms of ‘OK, we’ve got this tightened up and we’ve done what we need to do not only from an education standpoint with all of the members of both organizations, but legally with the state and everything that goes with combining two nonprofits,” Schmidt said. “All of that is stuff that we’ll have to do.”

The following is posted on the NHWGA web site:

“The leadership of both organizations understand that while we do have differences, we are more alike than different and we’ve reached an important crossroads for the game in the Granite State. Collectively, we feel that the time is right for amateur golf to have a single, unified voice and we’re committed to making that a reality.”

While the NHWGA is a volunteer organization, the NHGA has a full-time staff of four. Another difference between the two groups: The NHWGA is built on individual memberships while the NHGA is an organization of member clubs.

If the two groups join forces it would allow golfers to contact one organization for issues related to handicapping, course rating, tournaments and many other golf-related matters.

Schmidt said although many things would be different with one organization overseeing amateur golf in the state, many of those changes wouldn’t be obvious to golfers.

“The goal has always been for the end user, the customer, the person who’s played in either the NHGA or NHWGA events for a long time — they’re really not going to see anything that’s a whole heck of a lot different,” he said. “Programs and services are not going to go away with a consolidated organization. All of the tournaments as they exist on the current NHGA schedule are still going to be there. All the tournaments that exist on the NHWGA schedule are going to exist.

“It should really streamline things, but again, to that golfer, I don’t think they’re going to notice anything different. One organization making decisions that are going to benefit not only current members, but new members … it just seems like it’s the way to go.”

• Exeter’s Hunter Long finished his redshirt junior season at Boston College with a team-high 57 receptions for 685 yards and five touchdowns. He averaged 62.27 receiving yards per game. Long, who played at Exeter High School, has been named a semifinalist for the John Mackey Award, which is given annually to the most outstanding college tight end in the nation.

UNH women’s basketball coach Kelsey Hogan on recruiting in state: “Myself being New Hampshire born and raised (Nashua) it’s important to me, especially moving forward for the University of New Hampshire. We have to keep the local talent home. There’s a big, big push for that. The talent in New Hampshire and New England just continues to rise.”

Derry’s Geo Baker returned to the court after missing three games with a high ankle sprain and tossed in 15 points in 28 minutes as Rutgers opened its Big Ten season with a 74-60 victory over Maryland on Monday night. Baker, who was injured on Nov. 25, added three rebounds and three assists (no turnovers) in the win.

The early signing period for football begins today. Athletes can sign a binding letter of intent with schools through Saturday, but with NCAA players gaining an extra year of eligibility because of COVID-19, scholarship money won’t be as prevalent at most schools this year as it would be in a typical year.

We rail against this every year, but in many cases the NHIAA All-State and All-Conference Awards have reached a point of saturation. This is especially true with NHIAA football, which has as many as four All-Conference teams in each division. These All-Conference selections typically include a Second Team and Honorable Mention picks as well. Sometimes there are even multiple players at the same position on a team (three quarterbacks, etc.).

More is not better when it comes to these postseason honors. It only makes these awards less meaningful. One team per division (22 players) with a Player of the Year would be ideal.