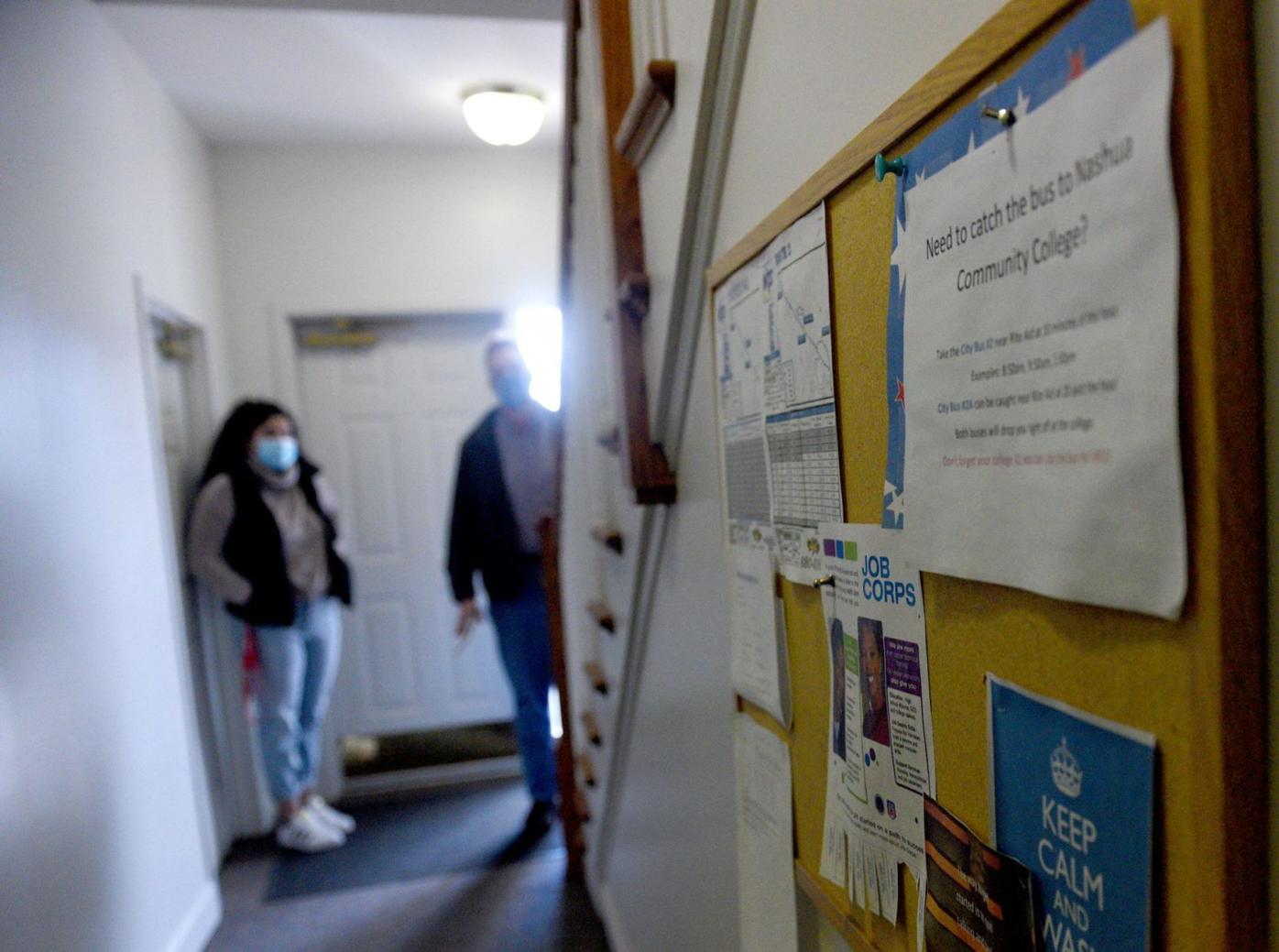 Emilly Matos gives a tour of her old residence at Nashua Children’s Home. Now 21, she lives on her own and is an assistant manager at a nearby retail outlet. 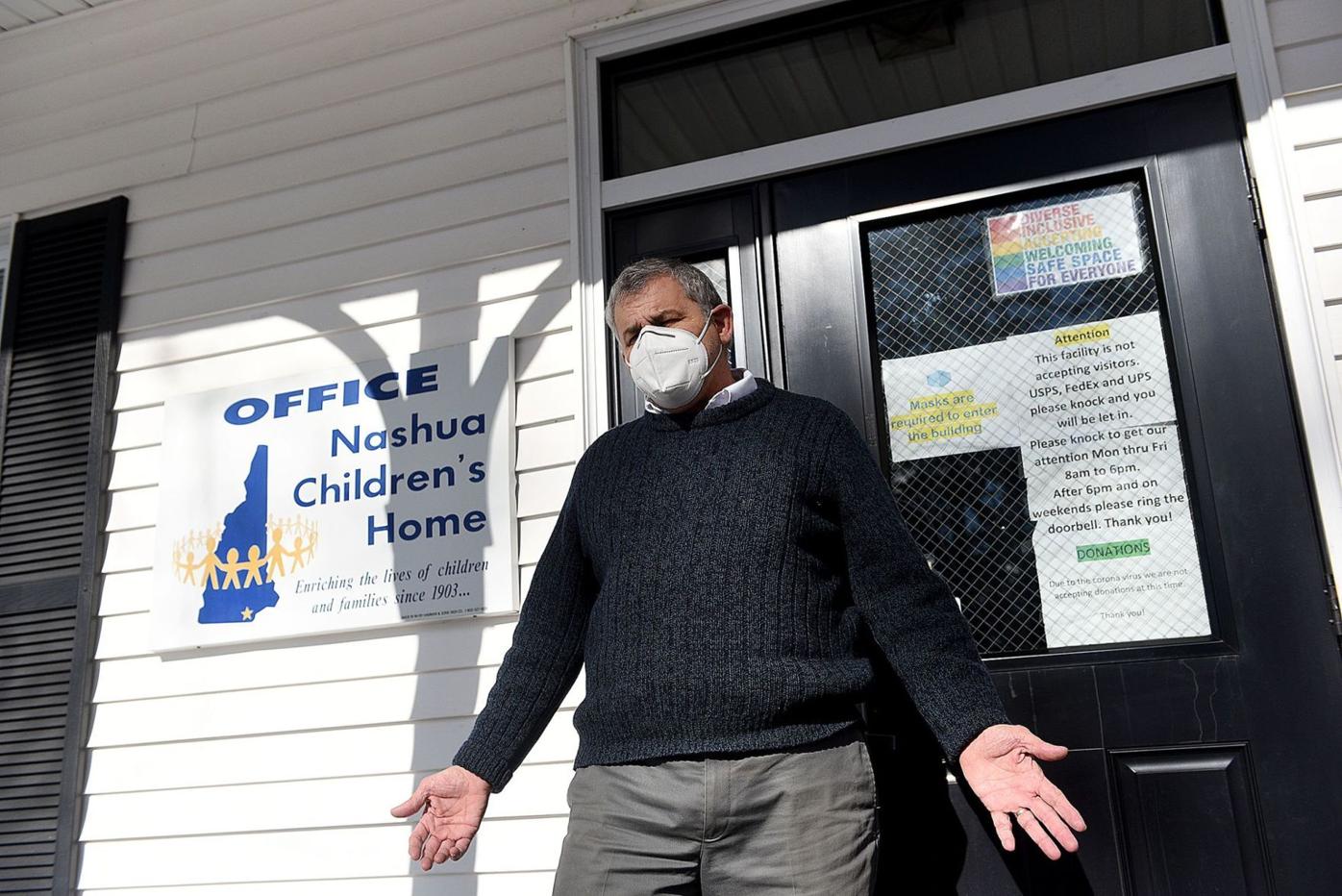 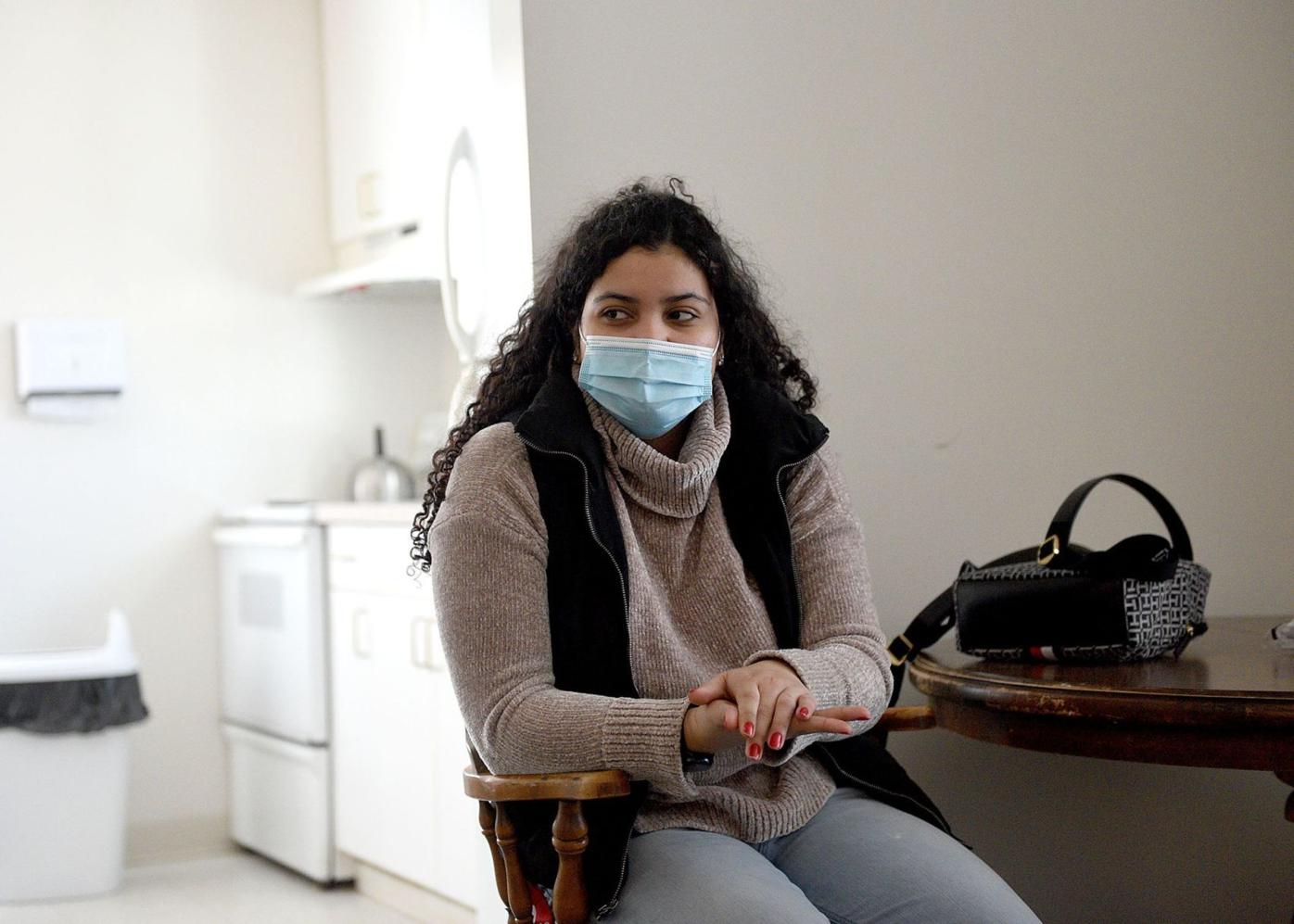 Emily Matos returned to the Nashua Children’s Home on Feb. 25, 2021. Now 21, she lives on her own and is a assistant manager at a nearby retail outlet. 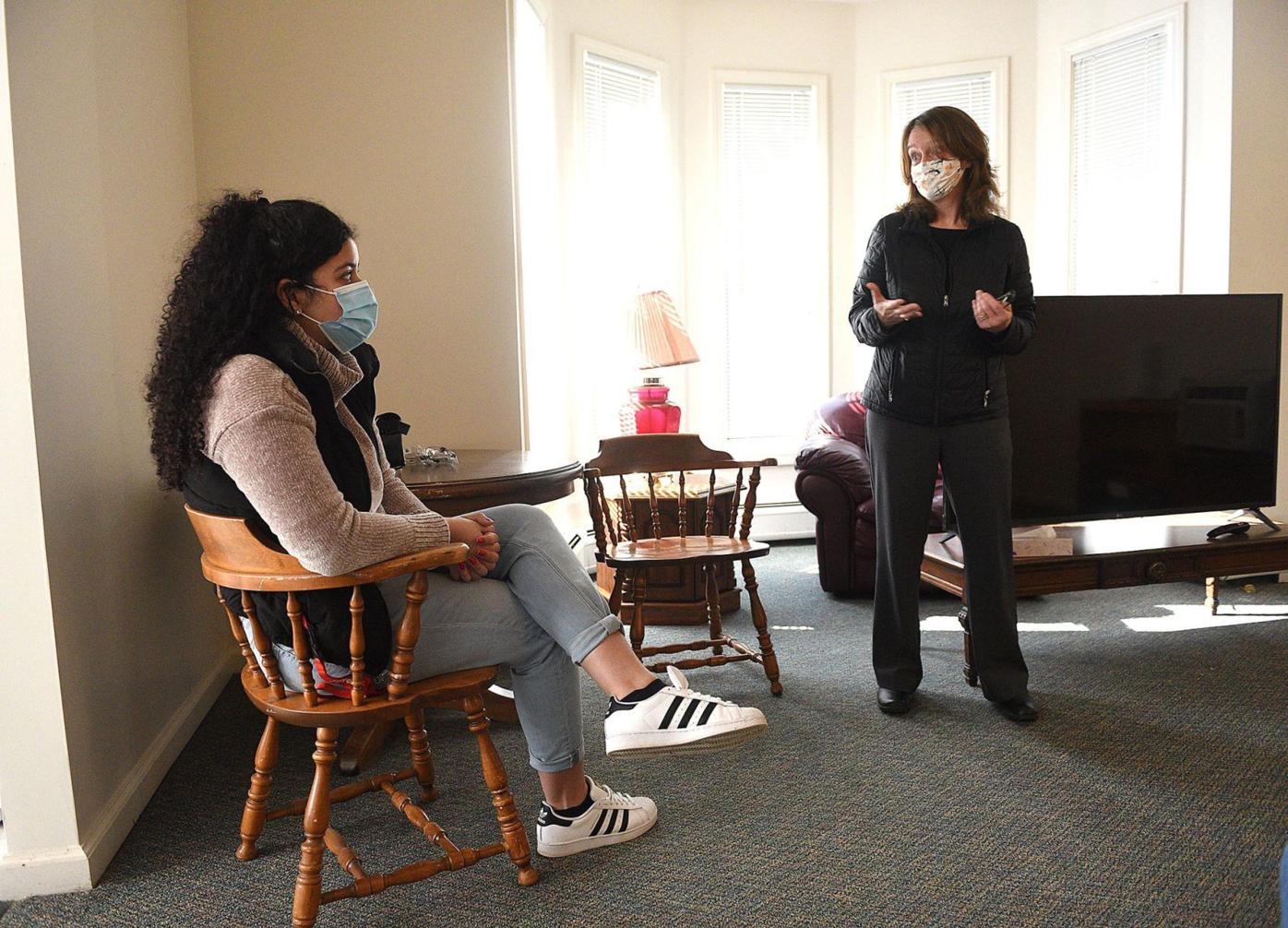 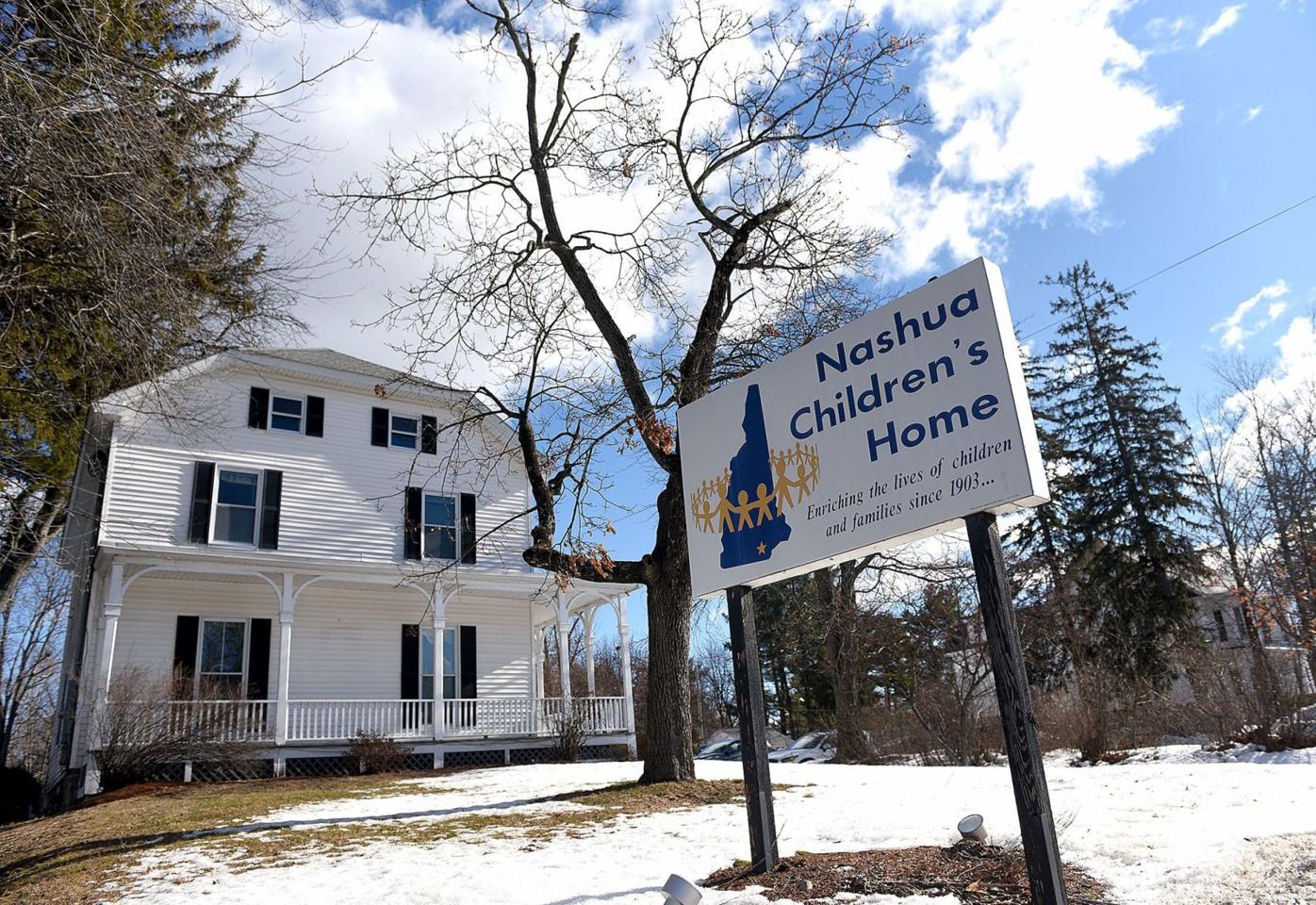 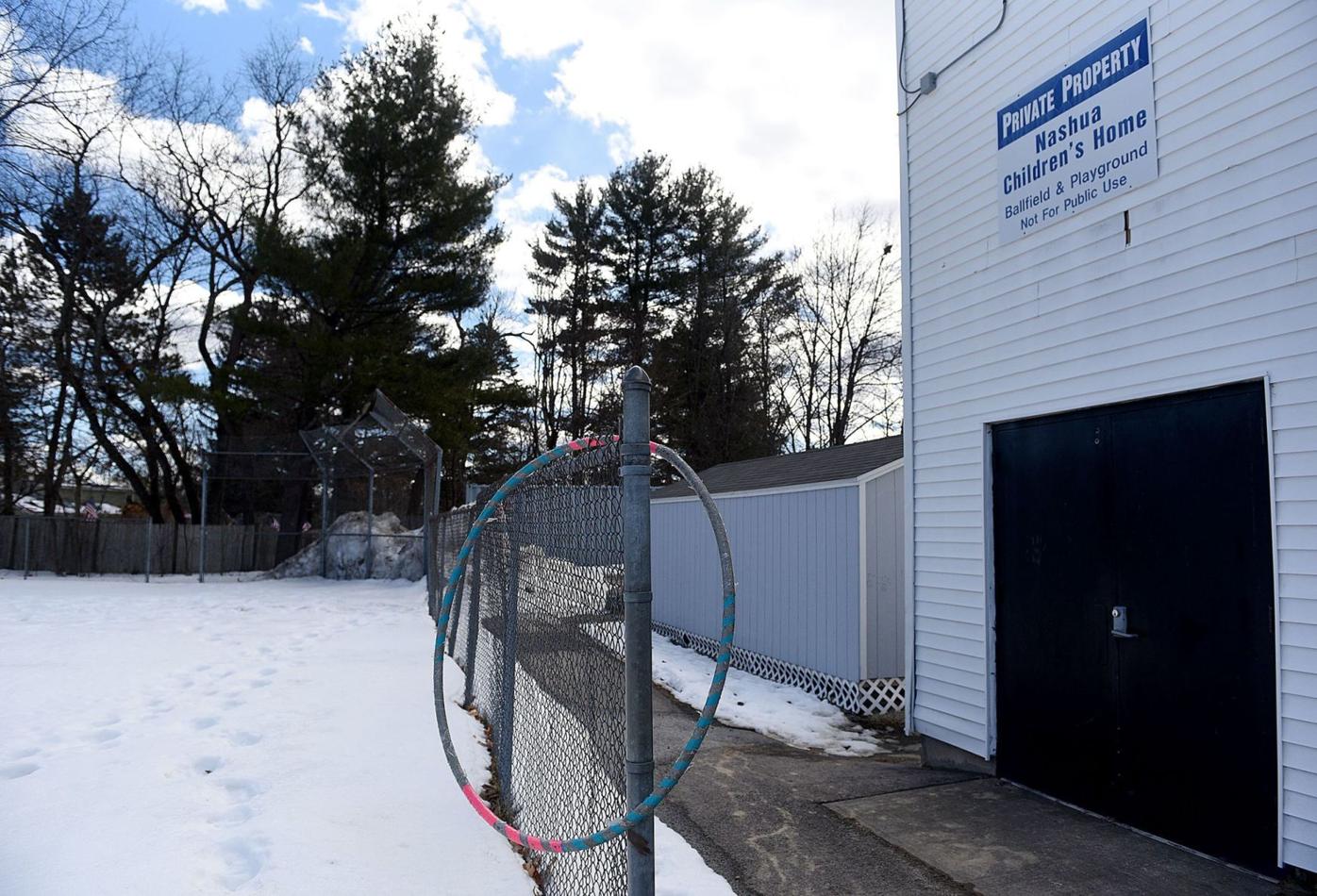 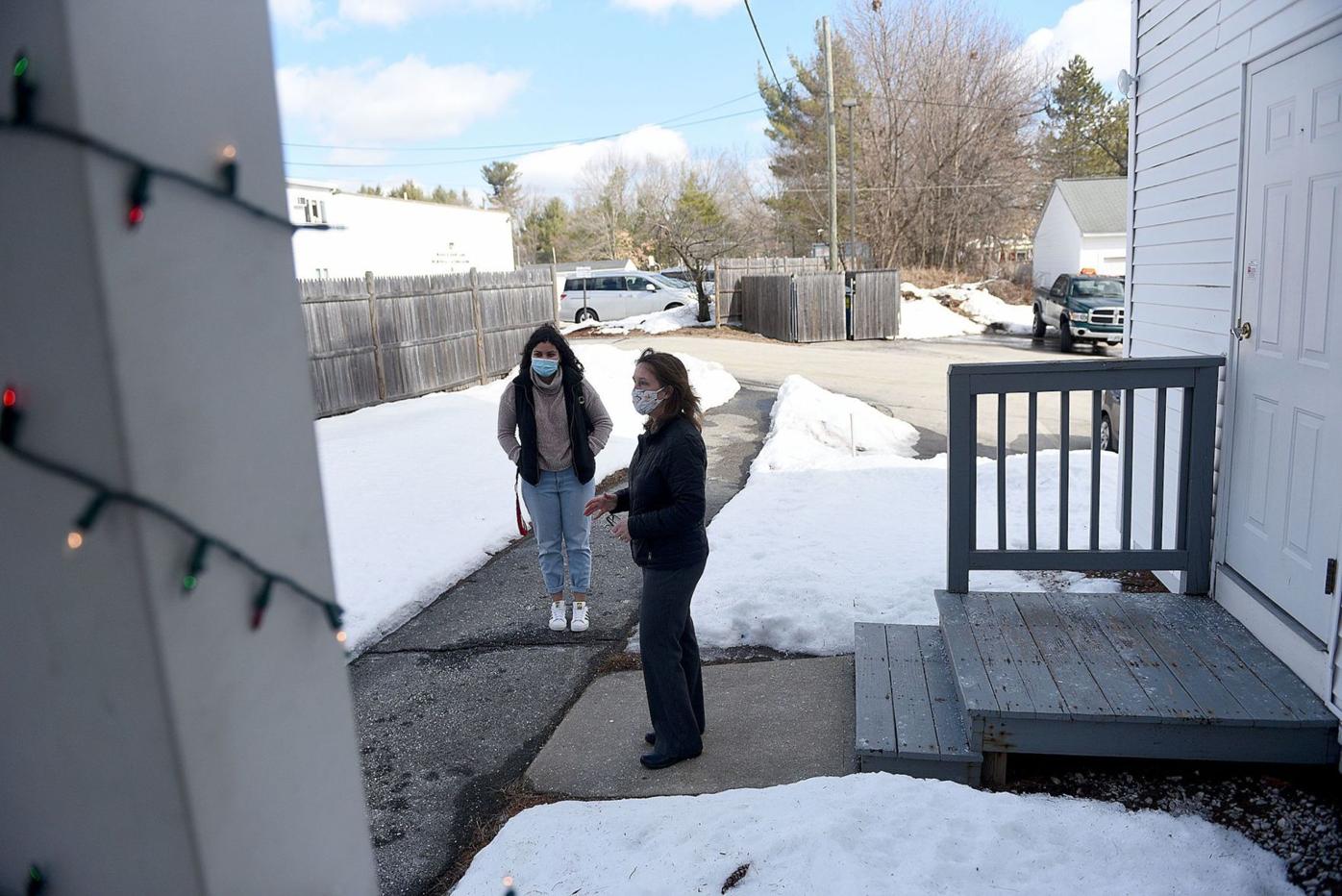 Emilly Matos gives a tour of her old residence at Nashua Children’s Home. Now 21, she lives on her own and is an assistant manager at a nearby retail outlet.

When we see the word homeless, it generally refers to people who lack four walls and a roof where they sleep at night.

But the word home means much more than a place, especially to young adults.

It means a meal simmered with motherly love. It means a few dollars when trying to budget on minimum wage. It means an encouraging pep talk, a supportive scold, a stabilizing routine.

Few young adults would thrive without such home-based support, despite the legal stamp of adulthood conferred on one’s 18th birthday.

Such is the thinking behind the Transitional Living Program, an ease-into-adulthood apartment building located on the grounds of the Nashua Children’s Home, one of the largest group homes for foster kids in the state.

The program offers apartment living for seven newly minted adults, many who were foster children who aged out of the Nashua Children’s Home.

It’s the next best thing to moving back home after college.

Rent starts at $100 a month and tops out at $300. The rules are what any adult/child would expect when living with mom and dad: keep a job, no drugs, no booze, no violence, no overnight guests.

Matos needed help three years ago. Her father was deceased and her mother was living in Brazil when Matos moved out of her older brother’s house over personality differences.

She was 17, a high school senior. She was planning to live in her car and use her gym membership for showers, when a guidance counselor directed her to the Children’s Home. When she turned 18, she landed in a two-bedroom apartment.

She learned to share with a roommate, developed money management skills and a work ethic. And she was able to juggle job and school. She takes business courses at Nashua Community College and is an assistant manager at a J. Crew store.

Nashua Children’s Home opened the transitional living program in the mid-2000s. It used $755,000 in financing from the federal Department of Housing and Urban Development to purchase and renovate the former tenement building.

Director David Villiotti said the loan, managed through the New Hampshire Housing Finance Authority, is due in two years, but he likely will be able to extend it another 20 years. The biggest operational cost is the program director.

He said the Transitional Living Program draws the most interest when he speaks to Rotary or church clubs. How many parents, he asks the crowd, have 18- or 19-year-olds who could live on their own. That’s the challenge his foster children face.

“You talk about this, they’re happy to give,” he said.

The young adults aren’t entirely on their own. Lea Reilly has the title of transitional living director, but transitional mom might be a better description.

She has an office at the building but only works on weekdays. Like an on-site apartment building manager, she tries to ensure the tenants abide by the rules.

She has had to evict some tenants for rule-breaking or persistent non-payment of rent.

But in general, she talks to the youth and encourages them to stay on track.

“I believe in 100% independence for young people. They must have a job,” Reilly said.

As they approach 21, they need to focus on independence. Reilly will start applying another maternal skill — nagging.

“Like their mom, I’ll start infringing,” she said. “There’s only a handful of rules here, but the fact I’m in their life, it becomes a rule.”

Hence, Matos’ departure for her own place.

“Lea is a really cool person. It’s always good to have her around,” said Aaron Ghee, 18, who has lived there about a month.

Reilly helps him manage money and gives him a ride to the bank , he said.

Ghee lived at the Children’s Home for 4½ years and moved into the transitional housing program when he turned 18.

“To be honest, I kind of felt relieved. I didn’t like being there,” he said about the Children’s Home. Now he can work (full-time at a local pizzeria), visit his family and see friends. Because of pandemic restrictions, he couldn’t do that at the Children’s Home, he said.

He said the low rent allows him to save money. He plans to move to Florida, live with his grandfather and attend community college to become an electrician.

Ghee thinks he could have survived entirely on his own.

“But it’s still good,” he said, “to have a little bit of help anyways.”