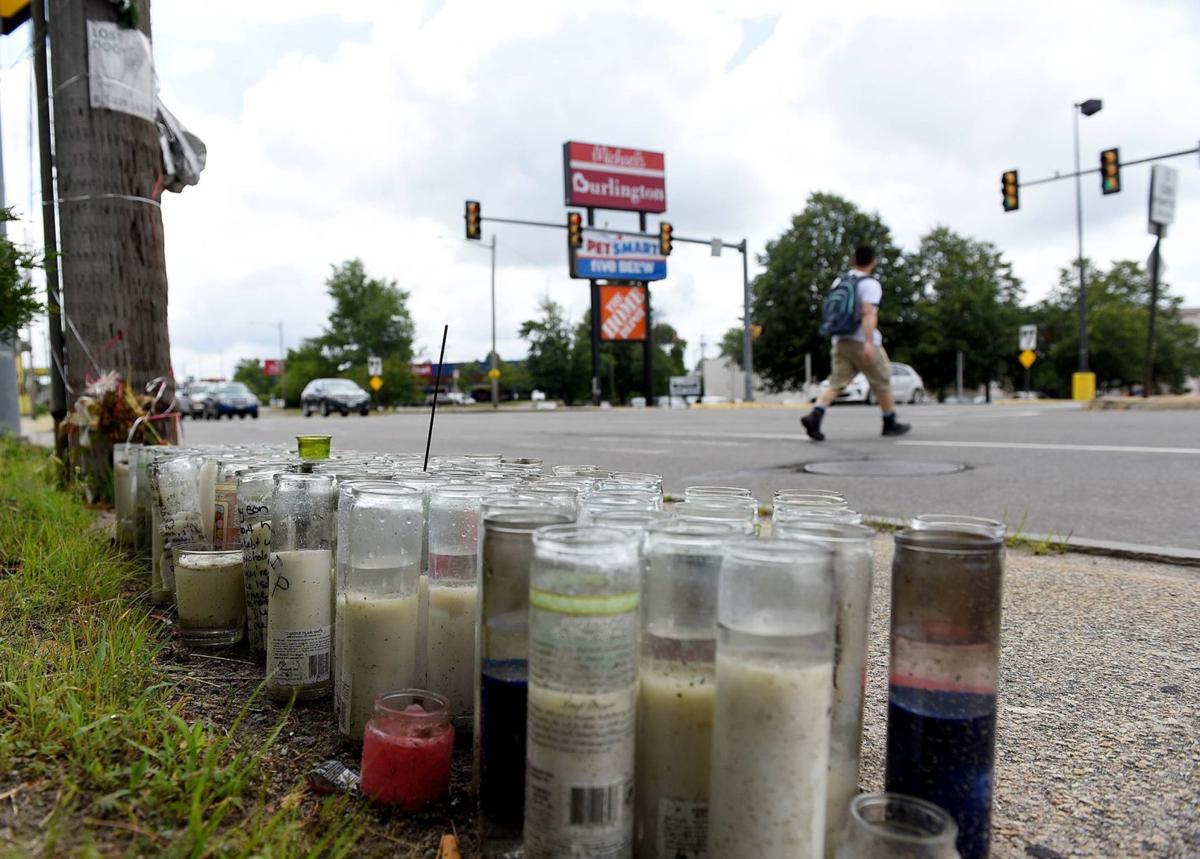 Candles have been placed at a memorial on South Willow Street at the corner of Jobin Drive for Brian “Boogie” Clark, who was shot and killed in Manchester on July 2.

The city will likely see some kind of gang retaliation for the July 2 shooting death of Brian “Boogie” Clark, according to a city official whose work includes outreach to city gangs.

Jonathan Donovan, the head of the city’s Office of Youth Services, also said that city-based gangs have been in Manchester for years, and that gang activity should be considered whenever a rash of crimes emerges such as assaults, stabbings and even thefts from cars.

“Through my sources, there is likely to be some type of retaliation for that incident on South Willow Street,” Donovan said. He said he’s cautioned his outreach workers to be careful out on the street and not work alone.

Clark, 19, was driven to Elliot at River’s Edge on the evening of July 2 with a fatal gunshot wound to his chest. While police have not given the location of the shooting, a memorial on his behalf has been set up at the corner of South Willow and Jobin Drive.

Earlier this week, Police Chief Carlo Capano said Clark was affiliated with city-based gangs. No arrest has been made, and Capano said he could not answer questions about the killing because of an ongoing investigation.

Like Capano, Donovan said the city-based gangs are not affiliated with national gangs, which both say don’t have a significant presence in the city.

“People say these are just kids,” Donovan said about the city gangs. “But sometimes they’re the most dangerous; they feel like they have something to prove.” He said there are two main city-based gangs: OTL, which stands for Orange to Lowell, and RCG, which he said is the new name for a gang that used to be 180.

On Friday, Capano announced he was putting two additional cruisers and four officers on the streets during the evening hours. He cited multiple shootings and stabbings in the last few weeks. He stressed that the uptick does not reflect overall crime in the city, which has gone down over the previous five years.

“Investigators are working tirelessly on all of these cases,” the chief said in a statement. “But it becomes frustrating when victims and witnesses refuse to cooperate. We cannot stress enough that we need to work together.”

‘Looking to be accepted’

Donovan said he doesn’t think the major city-based gangs run criminal enterprises like national gangs. Many of their crimes are crimes of opportunity, such as car break-ins, and individual members likely sell drugs.

Donovan said the youth that the court system refers to his office of late appear younger and involved in more serious misbehavior.

Last summer, gang activity translated into Bike Life, the sudden appearance of dozens of bicyclists who would take over city roadways, he said.

Most gang members are not invested in school and come from challenging family situations such as single parenthood, he said.

“A lot of them are just looking for a connection, looking to be accepted,” he said.

This summer, it launched a Summer Fun program that targets middle-schoolers and children in early high school years who are too old for Fun in the Sun programs but too young for a summer job.

Donovan said one of the most important strategies is to keep kids in school and cut down on truancy and suspensions for small infractions.

“Any time when you’re not where you’re supposed to be gives you an opportunity to be where you shouldn’t be,” he said.

Donovan lamented that an effort started under former Police Chief Nick Willard — Gang Resistance Intervention and Prevention — withered after a promising start. It involved police, state and local officials and members of youth service agencies such as Boys and Girls Club and the YMCA.

The Manchester police Gang Prevention Unit held a workshop on gangs and invited school counselors, the Sununu Youth Center, and youth service agencies such as hers, the Manchester Police Athletic League, the YMCA and Salvation Army.

Boys and Girls Club opened on Saturdays during the school year to provide positive alternatives.

And city schools share attendance and grade data with the youth service agencies to identify children who start cutting school and falling behind. Fitzgerald stressed that parents must grant permission for agencies to access the data.

The next step would have been to apply for a federal grant to fund continuing coordination between police, public agencies and non-profit agencies, she said.

But that would have required gathering data and writing a grant application.

“We just didn’t have the capacity to do that,” Fitzgerald said, noting she had to focus on a capital campaign to upgrade Camp Foster and add additional space to the Union Street clubhouse. She said the effort is still on the table and could be pursued when someone has the time.

Meanwhile, Donovan said authorities should be more willing to acknowledge gang involvement in crimes and other bad behavior.