The Chandler House on Walnut Street in Manchester is scheduled to be demolished. 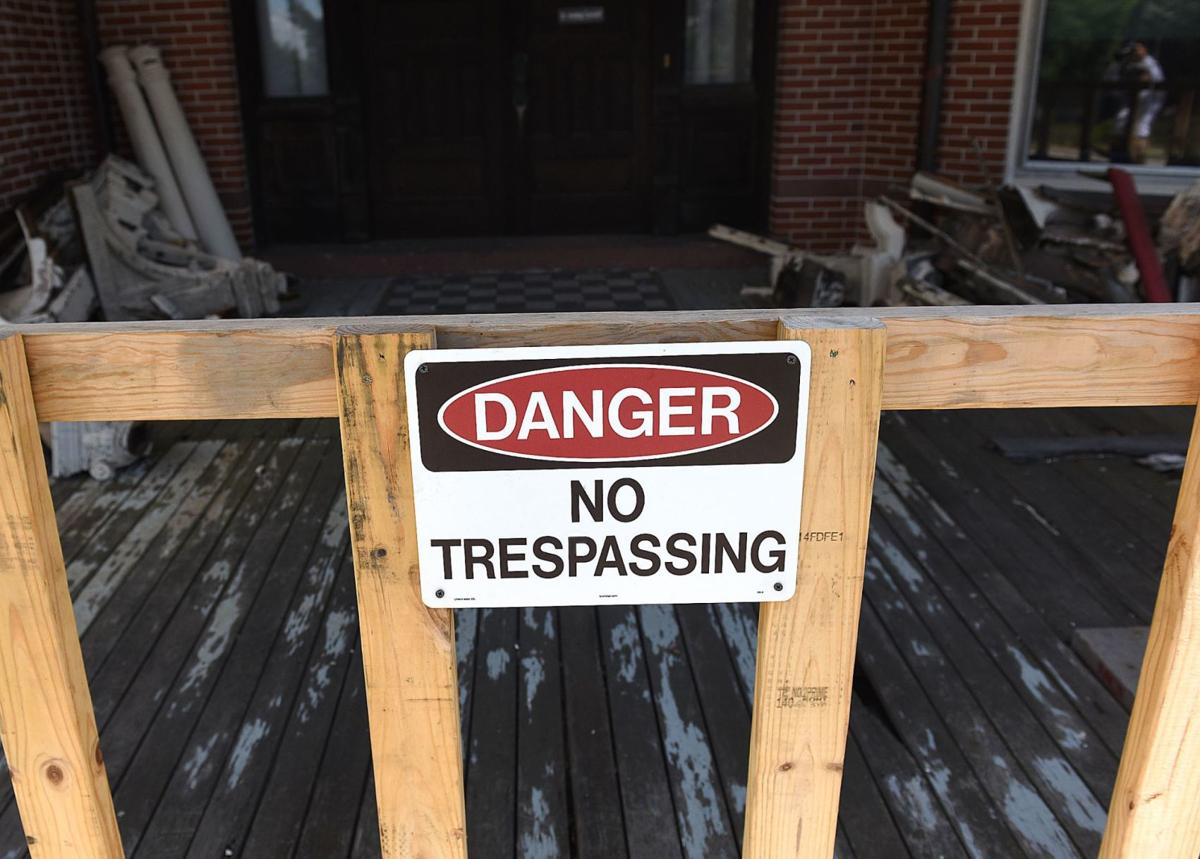 The Chandler House on Walnut Street in Manchester finally will be demolished.

The address — 147 Walnut St. — is handwritten, as is the description of the project. “Complete demolition of structure to foundation and slab.”

What the paperwork doesn’t say is that the three-story structure is the 150-year-old Chandler family mansion, a survivor of Manchester’s grand Victorian era, when the neighborhood around the Currier Museum was one of affluence and undisputed power — the Bedford of its day.

Nor does the permit application say what historic preservationists are now saying: that the building’s owner — the Diocese of Manchester — never intended to let it go and would rather see it demolished than restored and reused.

Developers as small as Greg Barrett and as large as Arthur Sullivan couldn’t work something out. Nor could community organizations such as the Currier Museum and the Manchester Historic Association.

Five years of negotiations, financing deals, purchase and sale agreements. And in the end, a demolition permit.

The latest deal was struck in February, according to Historic Association Director John Clayton.

But in April, the diocese backed off and said the house would be demolished. The only alternative: the parties could donate the $2 million in rehabilitation costs, but the Catholic Church would maintain control of the property.

“To call it absurd is to give it a dignity it doesn’t deserve. This is extortion,” Clayton said.

In a two-paragraph statement, Bishop Peter Libasci said the property has become a safety hazard, and he sees no alternative to demolition.

Barrett said he finalized several proposals, including two to move the house to property from the adjacent St. Hedwig Church, which the diocese at the time said needed a parking lot.

He wrote up contracts and sent them to the diocesan offices, where they languished.

Barrett, who was working on behalf of the diocese and is himself Catholic, is critical of “the way they do business.”

“They use people for their own end game,” Barrett said.

The Chandler house occupies a lot with St. Hedwig Church, a struggling parish built to serve people of Polish descent.

In his statement, the bishop said the Catholic Church maintains hundreds of properties that have historical significance, but they must “serve a purpose consistent with the Church’s mission. Unfortunately, despite years of effort, in this case the Diocese was not able to find a suitable option.”

The Catholic church doesn’t want the holy identity of its former holdings to be compromised. So it writes eternal restrictions into property deeds.

No sales of alcohol or pornography. No abortions or sterilization procedures. No massage or tattoo parlors. No performances or other purposes that would malign the faith. And no use by other faiths, according to previous statements by the diocese.

Nor, it appears, shelter for works of beauty and art.

“I’d go to the meetings with the diocese, and they would say ‘What about Maplethorpe?’” said Alan Chong, director of the Currier Museum. Robert Maplethorpe, who died in 1989, was a photographer whose work on male homosexuality caused a furor in the late 1980s.

Chong said he accepted further restrictions. No use of the Chandler house for art exhibits. No non-Catholic wedding celebrations. No lawn parties.

He agreed to dedicate a portion of the house to a museum exhibit about the Catholic Church in New Hampshire. He promised the Currier would recognize the generosity of the diocese.

The final deal called for a long-term lease, not even a sale.

Chong said that whenever he dealt face to face with Libasci, he thought a deal could be struck. But then the bishop’s underlings became involved, and things fell apart.

“It’s complicated. I get the feeling I’m a psychotherapist sometimes,” he said.

The mansion was the home of George Chandler, a businessman, banker and state senator. He died in the house, and in the middle 1910s, the family sold the property to the diocese. It has been the home to three bishops and later was a convent, according to Historic Association research.

The structure’s impressive front and entrance face little-traveled Walnut Street. Its facade features a tower with a cone-shaped roof, ornate gables, a wraparound porch, arching windows and a rolling lawn.

Over the years, upgrades have diminished its grandeur. One set of bay windows has been bricked over. Vinyl siding sheathes the upper floors. A second-floor balcony has been removed.

Still, in 2015 the New Hampshire Preservation Alliance placed it on its Seven to Save list.

Chong notes that Libasci’s office, the museum and the Chandler house all share the same neighborhood and have an interest in seeing it thrive.

He hopes a deal still can be made. As of Thursday, the permit had not been approved.

“It belongs to the diocese,” Chong said, “but it’s a city resource.”

Mayor to bishop: Save the Chandler mansion

MANCHESTER — Demonstrators lined Beech Street on Sunday morning during a rally to save Chandler House, a 19th-century mansion scheduled for de…