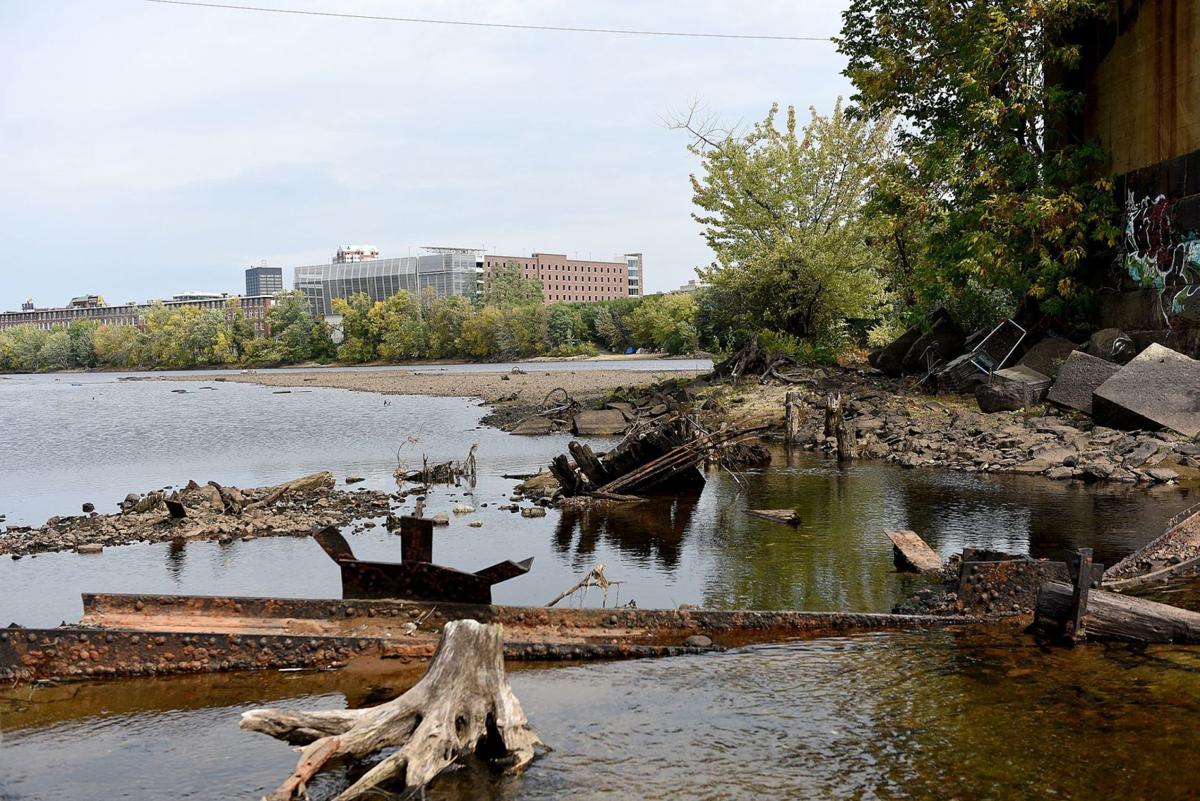 Steel is exposed on the bottom of the Merrimack River in Manchester because of the drought. 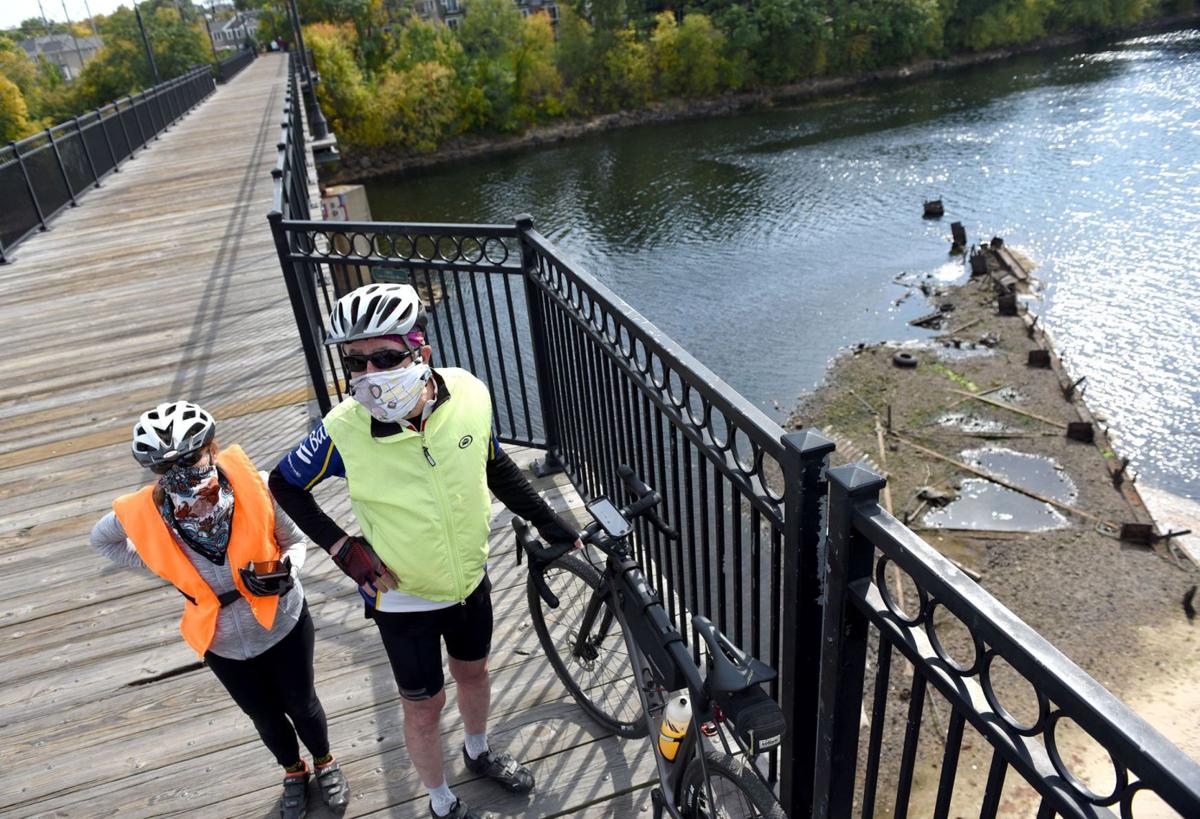 Linda and Chip Young of New Boston take a break Oct. 7 on the Hands Across the Merrimack River Bridge, which overlooks old debris from bridge piers in Manchester. 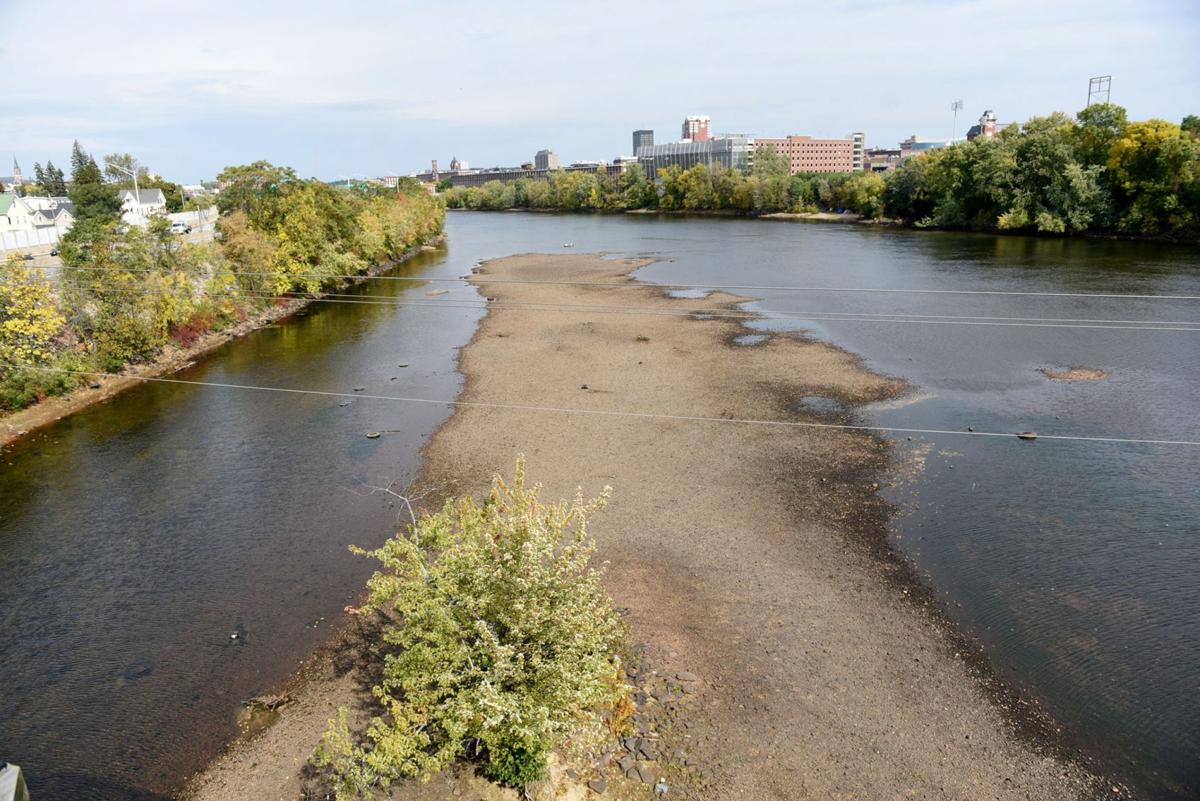 Because of the drought, areas and debris usually underwater are exposed like this section of the Merrimack River south of the Millyard. 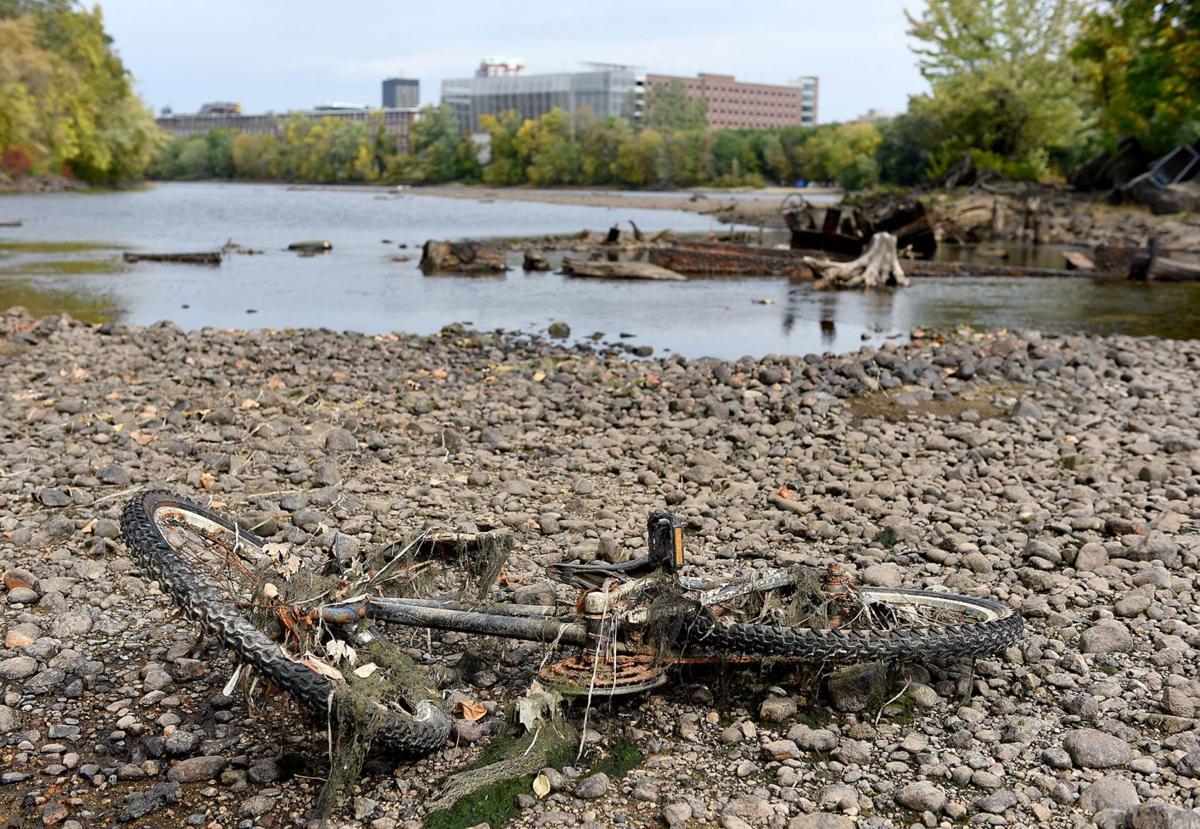 A bicycle at the bottom of the Merrimack River is exposed because of the drought. 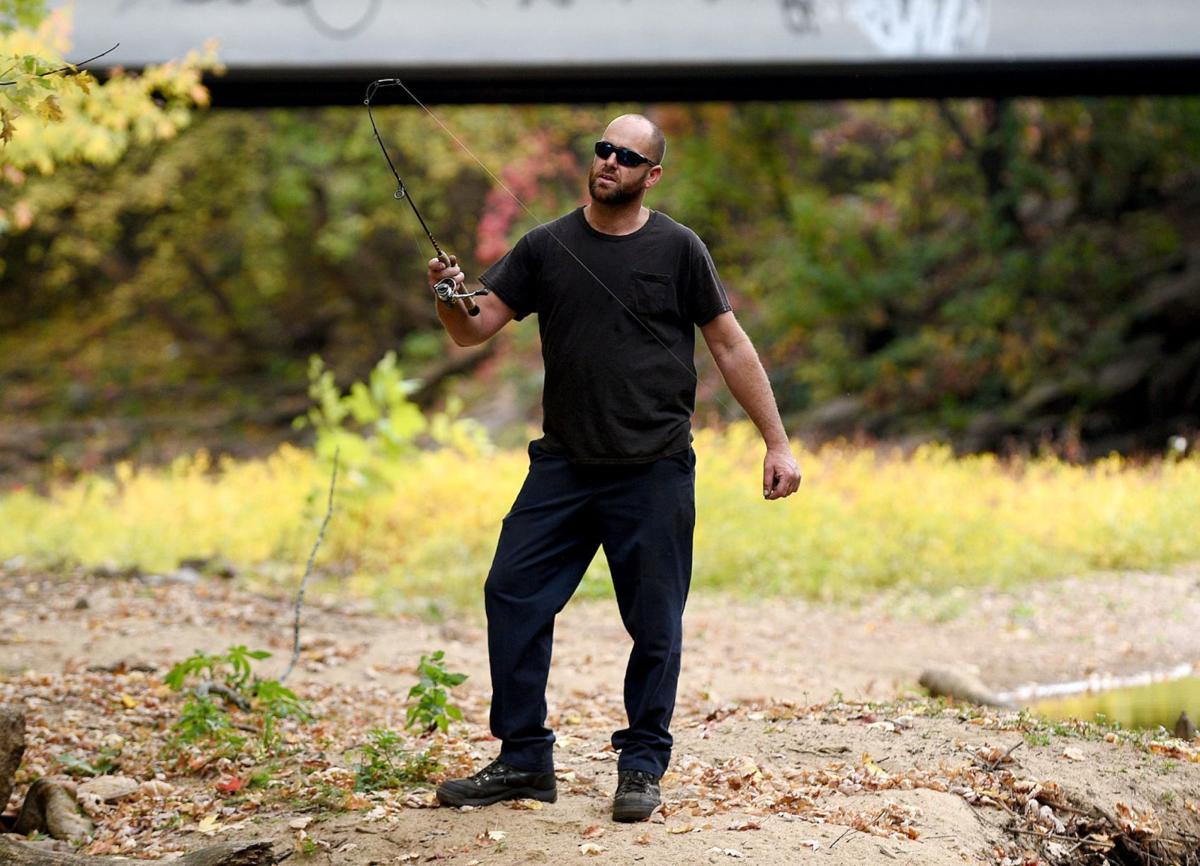 Mike George fishes along the Piscataquog River in Manchester on Oct. 7. The river is part of the New Hampshire Rivers Management and Protection Program.

Steel is exposed on the bottom of the Merrimack River in Manchester because of the drought.

Because of the drought, areas and debris usually underwater are exposed like this section of the Merrimack River south of the Millyard.

LIKE A DETECTIVE who relentlessly dogs a murder mystery, this year’s drought has exposed a shameful secret of our Manchester city family.

That is obvious to anyone who has crossed the Hands Across the Merrimack pedestrian bridge during these low-water times.

Cast your eyes far from the bridge, and you see signs of a thriving city: a baseball park, the edge of the unique Millyard, upscale condos and apartment buildings.

Drop your gaze, and you see a riverbed of bicycles, shopping carts, tires, construction debris.

There’s even a monstrosity — the geometrically aligned spine of a bridge truss — resting on the riverbed, rusting away at a glacial pace.

“People in general don’t give a …,” said Mike George, as he fished off Bass Island on a Merrimack tributary, upstream from a set of discarded orange pylons and a tire.

He sees trash all the time, but the low water has exposed more of it. “People clearly don’t care,” George said.

There are a lot of reasons the city treats the river as it does. Historically, it served as the city’s sewer and sluiceway for industrial waste. To this day, untreated sewage gets to the river during heavy rains.

“There’s a lot of people that are still afraid to make contact physically with the water of the Merrimack,” said Michele L. Tremblay, a Manchester native and president of the New Hampshire River Council.

It’s also hard to appreciate something you can’t get close to, and the river is difficult to reach.

I can think of two easy access points to the water: the stairs at the Arms Parking Lot in the Millyard and the boat launch at the baseball stadium. In other places, retaining walls, steep embankments, the highway and private property all hinder access to the water.

State government doesn’t even care about the river.

The New Hampshire Rivers Management and Protection Program is a state law that designates numerous rivers throughout the state for legal protection. The Merrimack River is part of the protection program — all of it except for the portion that flows in Hooksett and Manchester.

Likewise, active volunteer watershed associations exist for the upper Merrimack and the lower Merrimack. They include communities from Franklin to Bow (upper) and Bedford to Nashua (lower).

The associations also lobby for and promote amenities, such as boat launches, riverside parks or other means of access.

For example, the Piscataquog River, which flows through New Boston and into Manchester, is a designated river.

You never see trash in the Piscataquog in New Boston, said New Boston residents Chip and Linda Young as they stopped their bicycles on the Hands Across the Merrimack bridge last week. Well, maybe a Kleenex will fly into the river, Linda said. That’s about it.

“It’s horrible,” she said about the trash visible from the bridge. “I don’t know how it gets here. It pollutes the water.”

Tremblay knows of no past efforts to clean the Merrimack in Manchester. Its tributaries, though, have gotten some TLC. Twice in the past 10 years, Tremblay headed efforts by volunteers, including employees from the Anheuser Busch plant in Merrimack, to clean the McQuesten Brook on the West Side.

Those efforts led to restoration of the brook and its native trout fishery. Recently, the EPA recognized the work by granting Tremblay the EPA Environmental Merit award.

With water levels at extremely low levels and the temperature still warm (both air and water), now would be the time to remove trash from the Merrimack in Manchester. Ropes and pulleys would be needed to haul the material up an embankment and into a dumpster, she said.

As for the rail truss? Eileen Meaney, a spokesman for the state Department of Transportation, said the structure has been in the water since a large hurricane in the 1930s.

“The best guess was the 1938 hurricane, but that is not confirmed,” she wrote in an email.

Obviously, no clean-up crew could remove the truss. But if all the flotsam were removed, it would look stately out there by itself.

Washed by the waters of a river that a community has started to love.

“It takes a while,” Tremblay said, “for someone to embrace a water body that was for so long treated like an open sewer.”