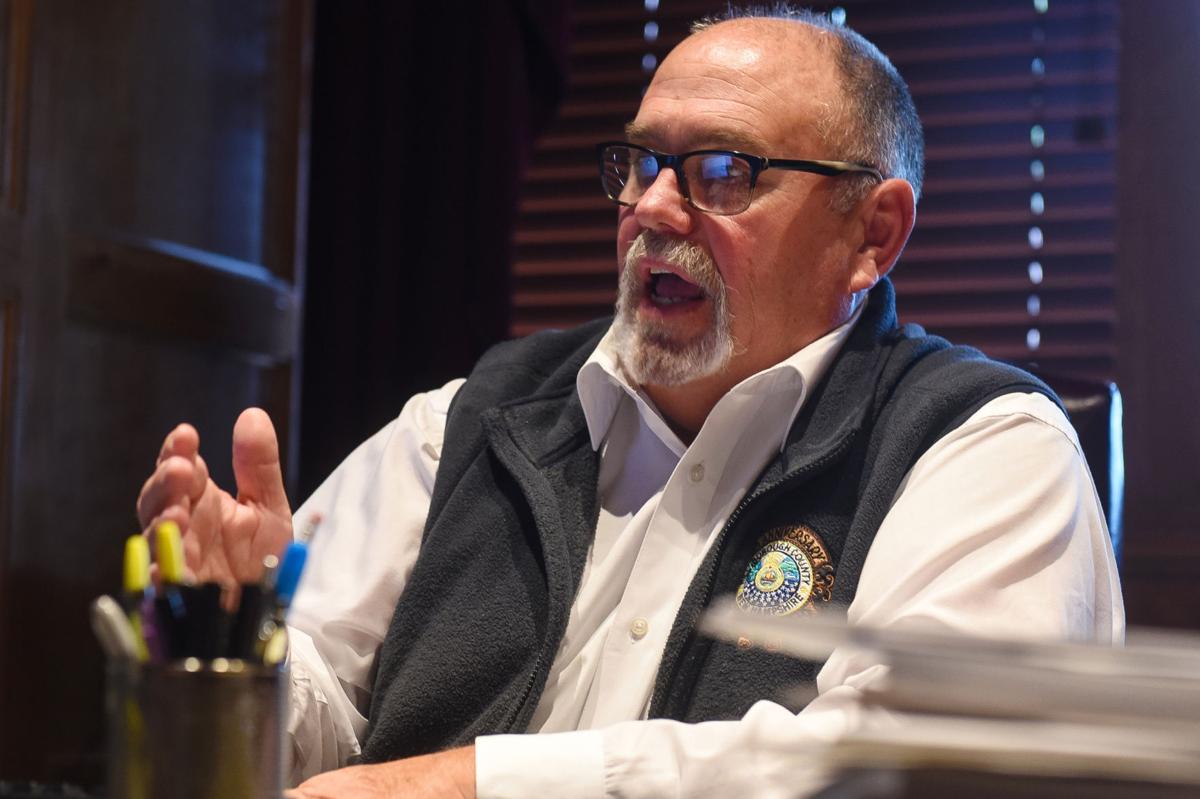 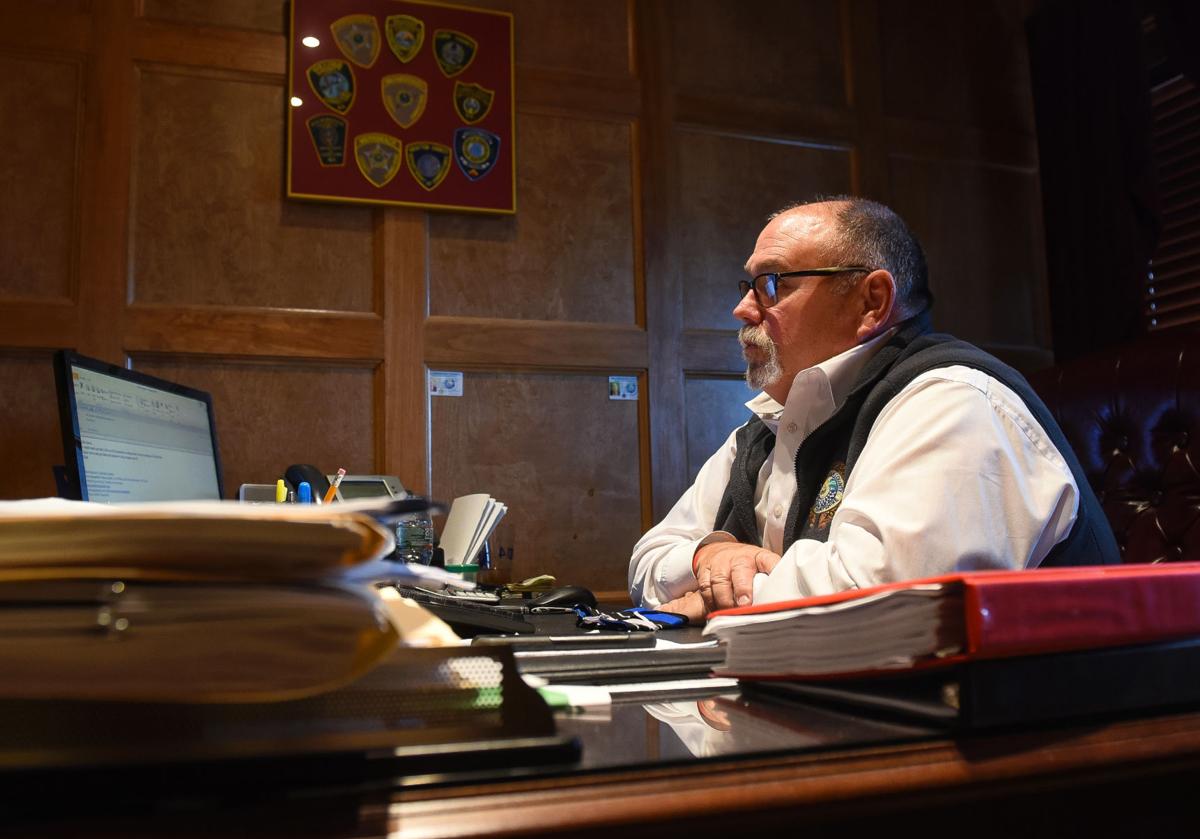 Manchester native David Dionne retired from a job last week that he has held for the past eight years — superintendent of the Hillsborough County Department of Corrections, or what’s more casually known as the Valley Street jail.

Here are two views of his job performance from people Dionne refers to as his customers.

Three weeks ago, Boston resident Jerrell Stevens posted pictures of bruises to his face, lip, back and shoulder on his Facebook page.

He attributed the injuries to Valley Street corrections officers. He was intoxicated, he wrote, and asked to go to the bathroom too many times.

“It’s been outta hand for so many years that now they just consider it normal,” he wrote.

Then there is Kelley Collins, a Nashua resident who went through the jail’s Substance Abuse Treatment Community for Offenders, or SATCO, an in-house drug-abuse treatment program created and implemented by Dionne after a two-year political fight.

Every other week, Dionne sprang for takeout Chinese food for SATCO participants. He ate with them and encouraged them to keep at it.

She graduated from SATCO, served out her domestic-abuse sentence and now works in sales for a plumbing supply company.

Such contradiction has been the hallmark of Dionne’s tenure.

He is cordial and friendly even to lawyers suing him.

He speaks with a Donald Trump-like bluntness despite the politically sensitive nature of the job. And he maintains the admiration of county officials even though they pay out hundreds of thousands of dollars to settle lawsuits brought against his jail.

“Complaints? That’s a good thing, because I’m not perfect,” Dionne said last Monday in an interview. “There are bad doctors, bad COs, bad superintendents. Have we had them in here? Absolutely,” he said.

Dionne, 57, started as a part-time corrections officer 35 years ago, lured by the opportunity to make some extra cash on weekends.

He took a liking to the variety of tasks that corrections offered. He said he likes the opportunity to turn a life around, but an inmate has to be truthful, both to himself and to Dionne for that to happen.

Of the estimated 64,000 people who have gone through the jail in his 35 years, he estimated that 65% aren’t committed to change.

Dionne became superintendent of the state’s largest jail about 8½ years ago. He earns $127,700 a year.

He knows everything about the 31-year-old jail, from the maintenance manuals to union strategies, said Steven Goldman, current program coordinator at the jail and past chapter chair of the corrections officers’ union.

“You don’t lie to him because if he asks you a question he already knows the answer,” Goldman said.

He said Dionne ran a tight ship where inmates and employees were expected to follow the rules. He added that the public perception of the jail doesn’t fit with what really goes on there.

According to a 2016 Union Leader article, the county paid out a little more than $1 million in lawsuits over the previous decade. At least one other settlement has been reached since then: $30,000 to an inmate whose pregnancy was ignored and who delivered a stillborn baby.

In 2016, the state revoked the medical license of the jail’s doctor, Matthew Masewic. The jail is also party to the $25 million lawsuit brought after the 2013 paralysis of Fern Ornelas.

“In my opinion he was the superintendent at a totally dysfunctional jail, and for whatever reasons chose or was unable to do anything about it,” said attorney Larry Vogelman, who estimates he has sued the jail 25 times. He has three suits pending.

Vogelman said the two biggest issues are medical care and a culture of brutality. He thinks the county’s philosophy is that it saves money by paying out claims instead of addressing problems.

Dionne said medical care has improved at the jail. He complains that the state doesn’t have the capacity to treat mentally ill people, so they end up in his jail. But he acknowledged that Masewic wasn’t the right man for the job.

“Did I hire the wrong person? Probably, yeah,” he said.

Dionne engages his listeners. He speaks confidently and freely, making a listener feel he is unguarded and sharing secrets.

He issues news releases when people die in his jail. Of late, he has responded to criticism with wit. For example, last year I quoted people who complained about food, drug use and humiliation during their stay at Valley Street.

“The inmates no longer say they’re being dragged around and beaten up. They’re complaining about the food and being called names,” he said.

He dismisses the suggestion that the jail go through accreditation, a review process that police departments, schools and a host of institutions endure.

“We don’t need someone to monitor us, to spend a lot of money,” he said. “I can be accredited and I can still violate people’s rights. It’s how we handle people in this job, and we treat them right.”

Dionne is most proud of SATCO, which he devised when he realized that his inmates weren’t getting the drug treatment programs available from drug court, which is limited to felons as an alternative to prison sentences.

Inmates in SATCO participate in 60 days of intensive classwork. They are then freed under a host of requirements such as electronic monitoring, a job and a positive home life. Over the past 12 months, 67 took part in the program and 13 graduated.

Dionne also had an impact on one of the most contentious criminal justice issues of the past year. Bail reform started after homeless Nashua resident Jeffrey Pendleton died at Valley Street of a fentanyl overdose; he was jailed for missing a court date on a marijuana possession charge.

Dionne assented to interviews with inmates to highlight the incarceration of people for petty crimes. And he sent state leaders lists of people held in his jail for bail amounts of $100 to $500, which critics said deprived the poor of their liberties before trial.

“That’s stupid bail. That’s what I was sick and tired of,” he said. Bail reform has cleared out the jail, dropping the census that could reach 500 down to 200 on a busy night.

Since last Wednesday, the jail has been headed by Capt. Gary Hiscoe, previously its director of operations and now interim superintendent. There is no wholesale effort in the wings to effect change.

County Commissioner Chairman Toni Pappas said the job was advertised in-house and across New Hampshire, but not outside the state, she said.

“He was one of the finest and most respected superintendents we’ve ever had in Hillsborough County,” Pappas said of Dionne.

Pappas acknowledged the lawsuits, but said the jail’s health care is excellent.

Simultaneously last year, Dionne announced his retirement from his job and his motorcycle after crashing his Harley-Davidson and breaking a leg, his second serious two-wheeled accident.

He plans to sell his south Manchester home and divide his time on the road between Arizona and New Hampshire.