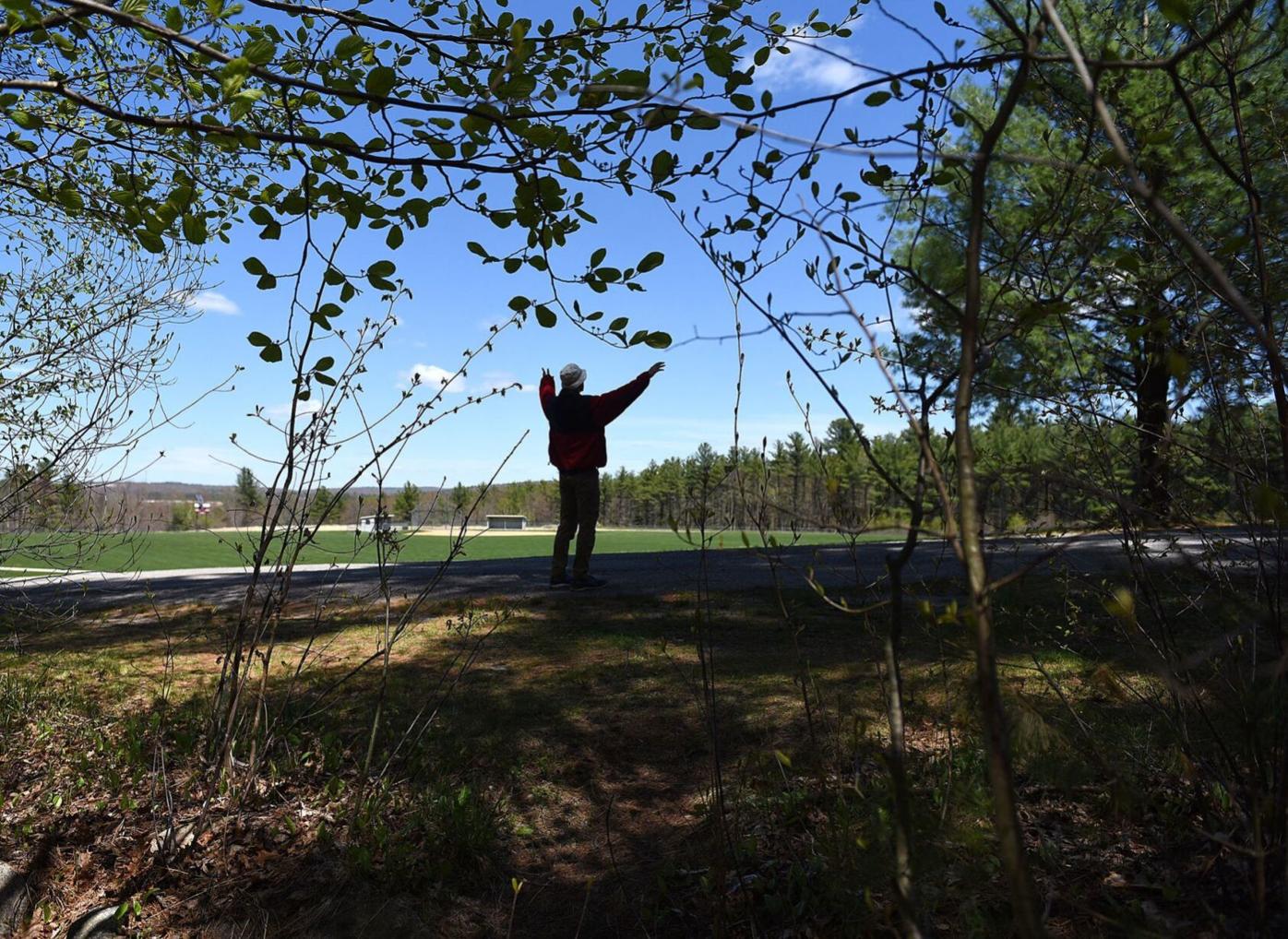 Stephen Frink gestures after emerging from the woods behind his house on Coral Avenue to look out on The Derryfield School athletic field. The forest is part of 15 acres being sold to a developer who plans to build 16 homes. 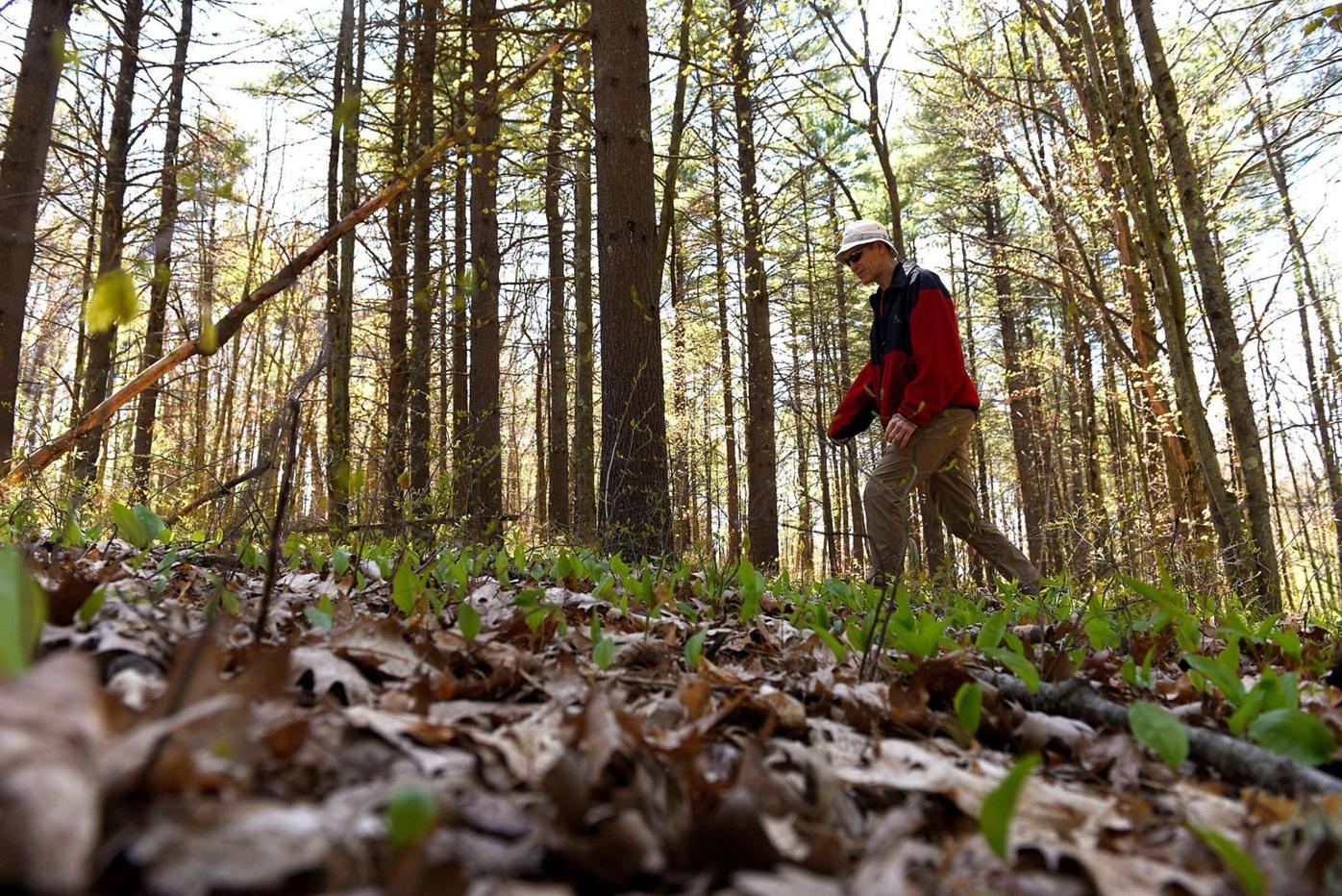 Stephen Frink walks in the woods behind his house on Coral Avenue in Manchester on May 13. 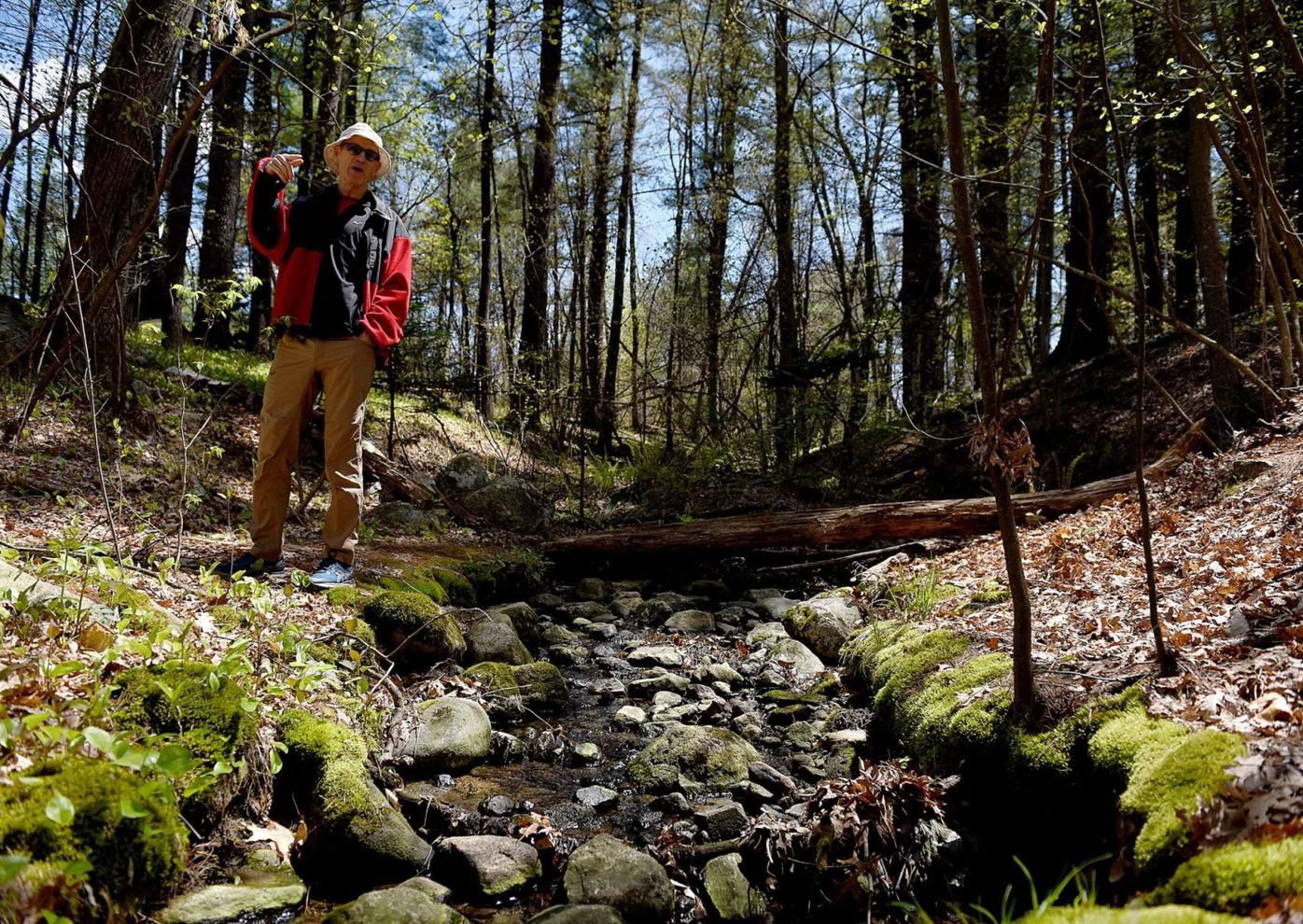 Stephen Frink speaks with a reporter while walking in the woods between his house on Coral Avenue and The Derryfield School athletic field.

Stephen Frink walks in the woods behind his house on Coral Avenue in Manchester on May 13.

Stephen Frink speaks with a reporter while walking in the woods between his house on Coral Avenue and The Derryfield School athletic field.

Twenty-three years ago, Derryfield School made a promise.

Looking back, it seems like a pretty stupid promise. But the elite private school wanted to bulldoze a forest on its campus and build soccer and softball fields.

That upset the neighbors. And North Enders being North Enders, they packed planning and zoning board meetings, pounded on lecterns and demanded that regulators tell someone else what they must do with their property.

The school wanted the fields. So school officials agreed to keep a 200- to 250-foot forest between the athletic fields and the homes on Coral Avenue, where the most vocal opponents lived. Forest for fields, and the promise got stamped onto all sorts of meeting minutes and blueprints.

That promise’s durability will be the central question when the Manchester Planning Board meets on Thursday. That’s when North End resident Stephen Frink will urge the board to stick with the 1997 compromise.

But Derryfield said that things have not changed, and it aims to sell 15 acres on its periphery, which includes the promised land. A developer wants to cut in two culs-de-sac and build 16 high-end homes.

That irks Frink, who 23 years ago worked with Derryfield, bucked his neighbors — who didn’t want any compromise — and said he could live with the fields if the forest remained.

“I felt like I was used in 1997,” said Frink, who is 65 and works as the director of gas and water regulation at the Public Utilities Commission.

A year ago, the planning board sided with Derryfield, stripped the promise from the books and approved the subdivision.

Of course, this was done in the finest of bureaucratic language. The forest isn’t a forest; it’s a treed buffer. A promise is a condition of approval. And the planning board didn’t break the promise; it amended the condition.

In February, a Hillsborough County Superior Court judge ruled in Frink’s favor, sort of. He ruled that the planning board didn’t correctly break the promise, er, I mean amend the conditions.

If the board wants the project to go ahead, it must formally declare that circumstances surrounding the promise have significantly changed. Then the board can do what it wants.

“My understanding is it’s more a procedural issue, not so much a substantive issue,” said Scott McPherson, the chief financial officer at Derryfield. He notes, correctly, that the zoning board and planning board placed different conditions on the land.

The city and the judge have said that the planning board’s condition — which requires creation of a treed buffer — prevails.

McPherson gives his reasons to sell the land. Derryfield will never use it. And the development will eliminate a sandpit, where kids gather to light fires and be kids. “From our perspective, this is a chance to clean that up,” he said. (I’ve posted letters of lawyers representing both sides on UnionLeader.com.)

No matter what happens, Derryfield will continue to keep its land accessible to neighbors, McPherson said.

Last week, Frink walked me through the property. Hardwoods and tall pines slope downhill to railroad tracks that hug the Merrimack River. We cross a small brook and end up at the athletic fields, which are lush and balance-beam flat.

Frink’s three children grew up playing in the woods, and they are interwoven with the family years.

“I think they should keep these woods forever,” he said.

Twenty-three years ago, Frink was the newcomer and watched a neighbor — retired lawyer Edward Mosca — sue to fight the development. Mosca settled, and the forest will remain intact behind his house.

Frink is now funding a legal challenge himself. He hinted the legal fight has cost about $20,000, and he would settle if the developer preserved the woods behind his house.

Frink knows what he’s up against. City Hall wants growth, and Derryfield has lots of influence in the city.

“The planning board condition, I thought it was going to be there forever,” Frink said. “This is Derryfield wanting to have its cake and eat it too.”