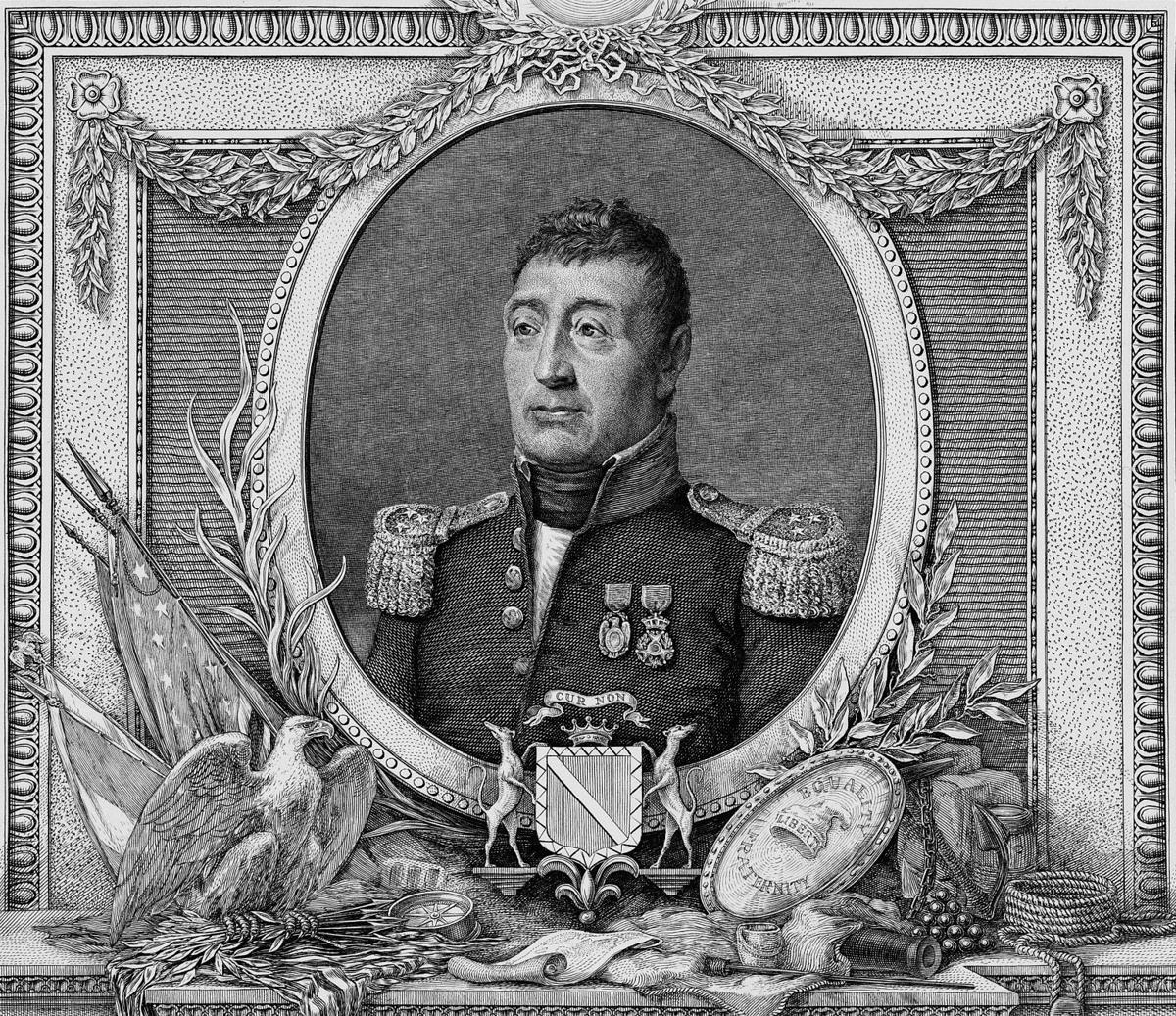 A portrait print of the Marquis de Lafayette commemorating his farewell tour of the United States in 1824-1825 published in 1899.

IN THE HISTORY of Concord, N.H., there had never been such a glorious day (at least to that point in history) as Wednesday, June 22, 1825. That day this town of 3,000 or so people was visited by the Marquis de Lafayette. This Frenchman of high birth, who had come to America to join the American cause at the age of 19 in 1777, was the only living Major General who had served in the American Revolution. After the processions, speeches, receptions, and a banquet on the grounds of the New Hampshire State House, the day ended with a concert by the local musical society, and a tea at the home of Gov. David L. Morril.

What most impressed August Levasseur, Lafayette’s secretary, about Concord was that over 200 elderly veterans of the Revolution had gathered at the State House to pay respect to a man they revered. As Levasseur wrote in his journal, “(Lafayette’s) former companions-in-arms who, braving their age and fatigue, had not been afraid to leave their faraway hearths to come to shake his hand in a brotherly manner and to speak with him for a moment of times passed.”

Lafayette and his staff spent the night at the Colombian Hotel, which was located directly across Main Street from the State House. At 7 a.m. on the morning of June 23 the party left Concord and traveled eastward along the main roads. Gen. Lafayette rode in a barouche, an open carriage pulled by two horses.

Arriving in Northwood later that morning, Lafayette had breakfast at Piper’s Tavern, amidst a large crowd of admirers. As he approached Durham, his barouche was met by a committee of local dignitaries and a cavalcade of people on horseback and in carriages. To add pageantry to the occasion, a group of around 30 young men on horseback, dressed in handsome dress uniforms, joined the parade. The “Nation’s Guest” was then conducted to Kelly’s Inn in Durham, where he enjoyed a reception with the starstruck locals.

As Lafayette proceeded toward Dover, the procession was augmented with parade marshals on horseback and official delegations of notables riding in carriages. Upon arriving in town Lafayette was honored with a 13-gun salute fired from atop Pine Hill, and afterward a military escort joined the column. As the parade wound through Dover, Lafayette was met with the cheers of an estimated 10,000 people lining the streets, more than half of whom had traveled from neighboring towns to see the great man.

The procession stopped at the Dover Hotel where speeches were delivered by local orators, and numerous introductions were made. After a short rest, Lafayette and his staff joined local leaders at the town hall which, according to a newspaper report, was “elegantly fitted and decorated with appropriate ornaments and emblems, where they partook of an excellent and sumptuous dinner …”

Lafayette appreciated the meal, and the many alcoholic toasts that followed — each dedicated to the United States, to liberty, to Lafayette, to Washington, or to another great patriot. Lafayette then retired to the home of William Hale where, as a newspaper reported, “were assembled much of the beauty and fashion of this and the adjacent towns, for the purpose of being introduced, and of reciprocating smiles and congratulations with the General.”

Hale was a leading merchant of Dover who had served in the New Hampshire State Senate and on the Governor’s Council, and had been elected twice as a U.S. Congressman. One of the finest Federal style homes built in New Hampshire, Hale’s three-story mansion was surrounded by extensive grounds overlooking the Cocheco River. The house was moved across the street from its original location in 1890 to make way for the Dover town offices. The William Hale House at 5 Hale St., owned by St. Thomas Episcopal Church, is listed on the National Register of Historic Places.

Lafayette spent the night in the Hale mansion, leaving the next morning at 8 a.m. He was bound for Maine, a state he had not yet visited as part of his farewell tour, which had started in 1824. But he needed to stop at a certain place in Dover where there was something quite unusual planned for his entertainment.

Next week: One last visit in Dover, a hasty trip to Maine, and then back through New Hampshire.