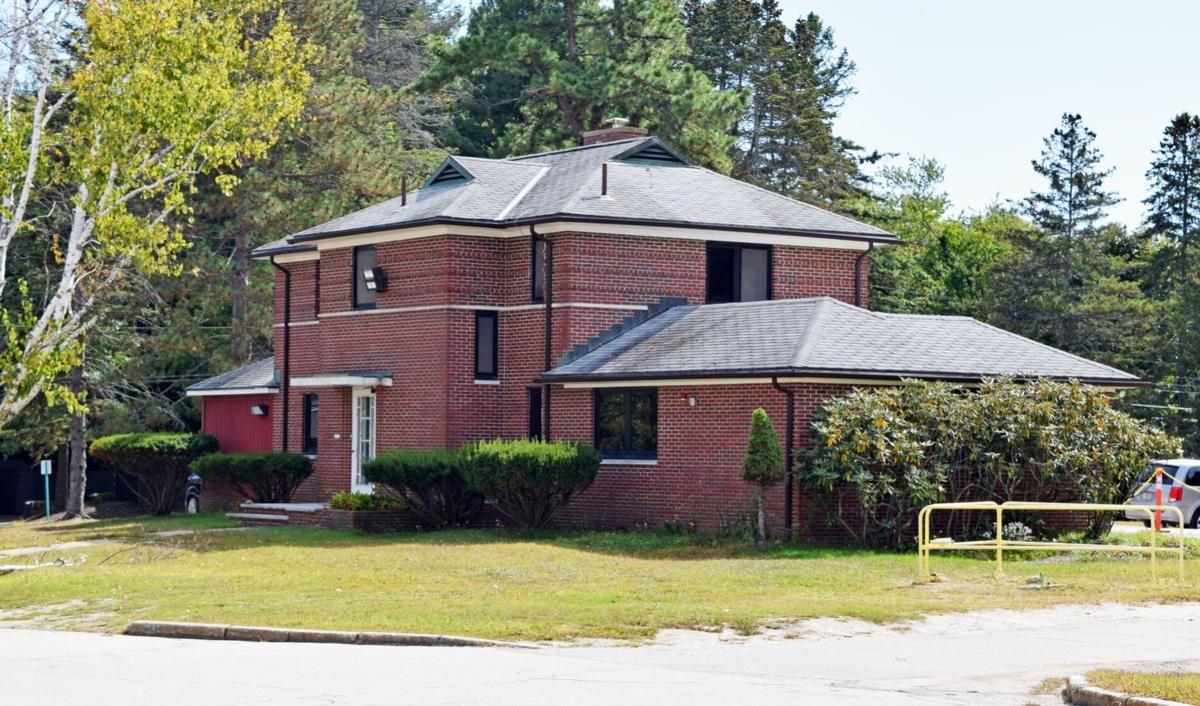 The manager’s residence at the Veterans Administration Medical Center in Manchester, completed in 1950.

In May 1950, after nearly two years of construction, the Manchester Veterans Administration Hospital, and the complex of buildings surrounding it, were completed. The project was carried out by the George A. Fuller Company of Boston and Davison Construction Company of Manchester, working under the supervision of the U.S. Army Corps of Engineers.

Among the local subcontractors taking part in the effort were the A.W. Therrien Company for roofing, sheet metal, ventilation and air conditioning ducts; contractor John J. Reilly for electrical services; John H. Stevens Company, Inc. for plumbing systems for the boiler house and the residential buildings; and Louis P. Cote, which trucked the power plant boilers to the site. In addition, the Manchester Gas Company provided industrial stoves for the hospital kitchen, and Moreau’s, a local hardware store, was the source for miscellaneous supplies. The pink granite used in the construction was quarried by the John Swenson Granite Company, Inc. of Concord, and W. S. Goodrich, Inc. of Epping supplied 800,000 water-struck red bricks.

In March 1950 the Veterans Administration appointed George O. Pratt, M.D. to head up the new medical facility. The 39-year-old native of Enosburg Falls, Vt., was a graduate of the University of Vermont College of Medicine. He joined the Army Medical Corps in 1939, and during World War II he managed the 70th Station Hospital, which saw service in Africa, Italy and France. A Purple Heart recipient, Dr. Pratt was commissioned as a colonel in 1944. After his discharge in April 1946, he became the chief medical officer in the Shreveport, La., VA office. He went on to serve as the chief of professional services in the VA’s Boston office.

Dr. Pratt had to work fast, as he had only a few weeks available to get the hospital up and running. He put together an excellent staff through a combination of transfers from other VA facilities and new hires, many from the local community. Because he and his senior staff worked so efficiently, on June 28, 1950, the Manchester VA Hospital began accepting patients.

At the grand dedication ceremony for the new hospital that took place on July 2, 1950, Dr. Pratt served as the master of ceremonies. He expressed his and his staff’s sentiments in the program booklet: “Today’s dedication of the Veterans Administration hospital in Manchester brings to reality the dreams, hopes, and plans of many public-spirited persons and organizations who worked long and patiently for its materialization. The staff, as well as the many volunteers who will work with us, are deeply appreciative of the opportunity to serve in this hospital. …We shall endeavor at all times to provide the finest of care to the veterans who will be hospitalized here, to the end that they will return to their families and work, completely recovered as far as medical science will permit, in the shortest time possible.”

In the first year of operation the Manchester VA Hospital treated 1,921 patients. Most of these veterans were from New Hampshire, but some came from Vermont, Maine and Massachusetts.

Dr. Pratt, his wife Gertrude, and their son Robert, a student at Harvard University, lived on the hospital grounds in the Manager’s Residence, a comfortable two-story brick house with a built-in garage, porch, and landscaped yard. The family left Manchester in early 1952 when Dr. Pratt was appointed as the administrator of the Fort Hamilton VA Hospital in Brooklyn, N.Y. After several months there he took on the same position at the VA Hospital in Syracuse, N.Y. In March 1956 Dr. Pratt moved back to his home state of Vermont where he set up a private practice in Alburgh, in Grand Island County on Lake Champlain. He died there in 1959 at the age of 49.

Note: Currently, the VA is planning to demolish the Manager’s Residence, which was the home to the early administrators of the Manchester VA Hospital and their families. The Manchester Heritage Commission, other government entities, private organizations, and citizens have been advocating for the VA to save the building. This unique historical structure could be renovated and reused to serve veterans, possibly through a public/private partnership. For further information, please visit the Manchester Heritage Commission Info Facebook page.

Looking Back will return on Aug. 24 with a new series about the USO in Manchester during World War II.